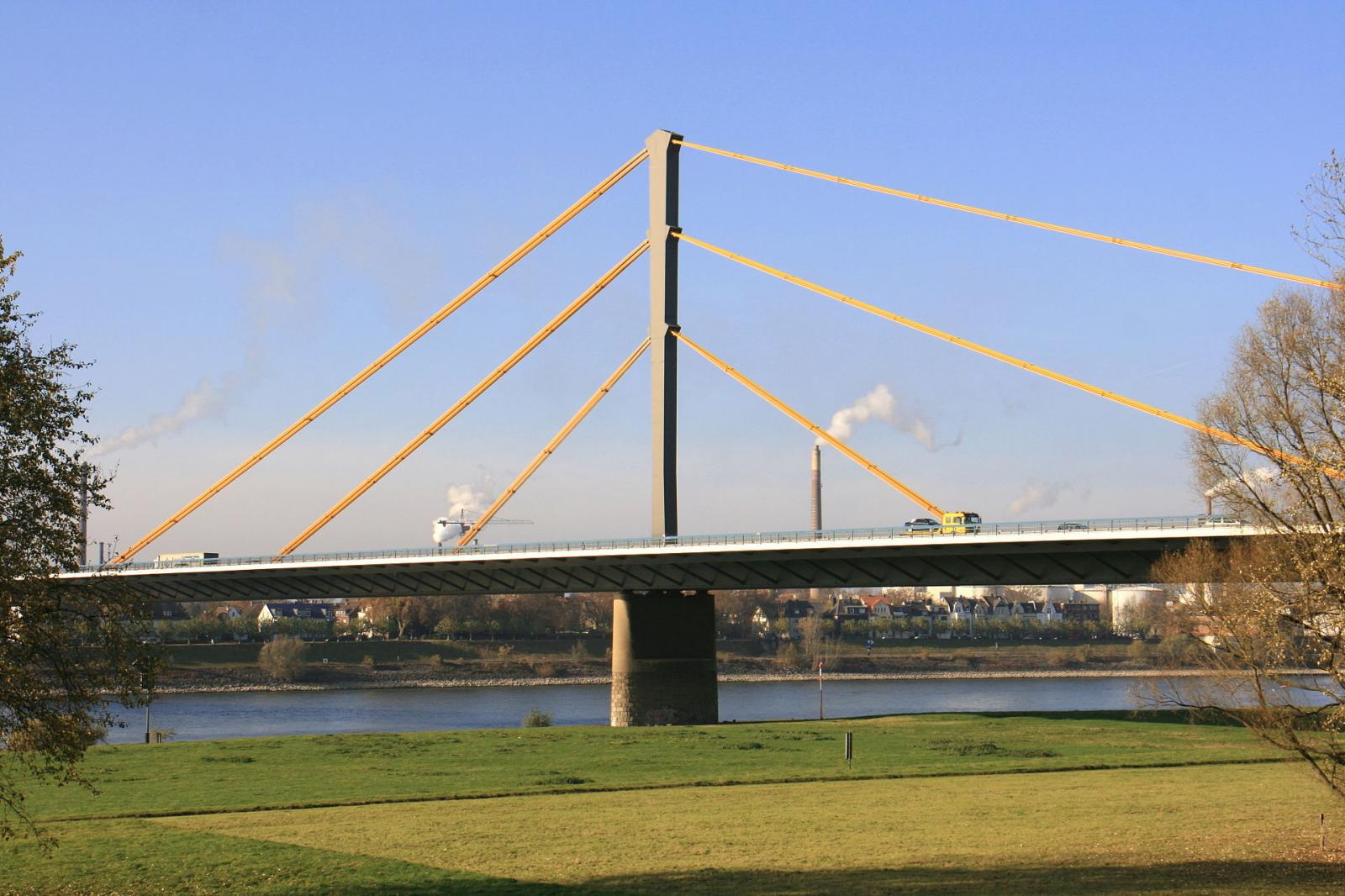 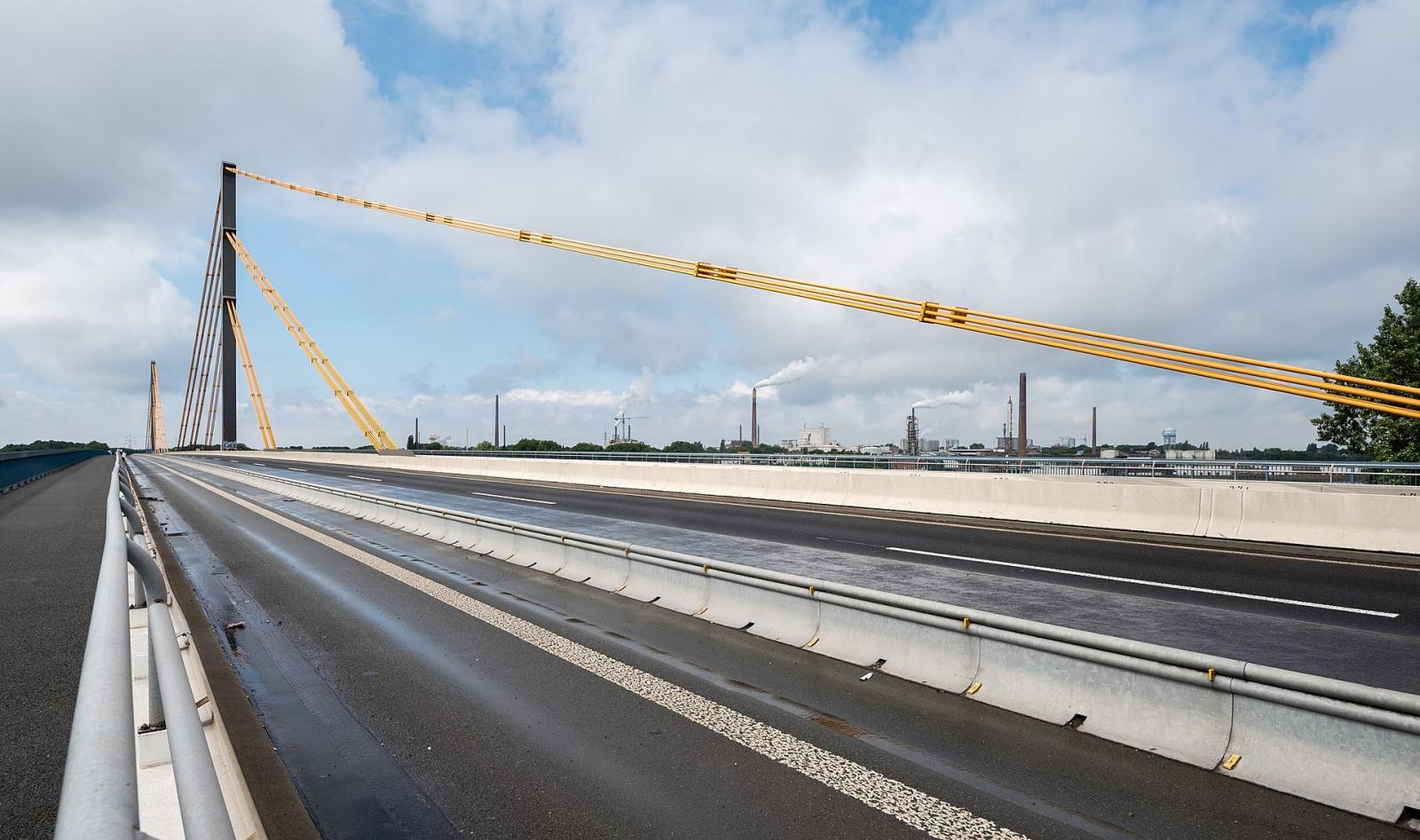 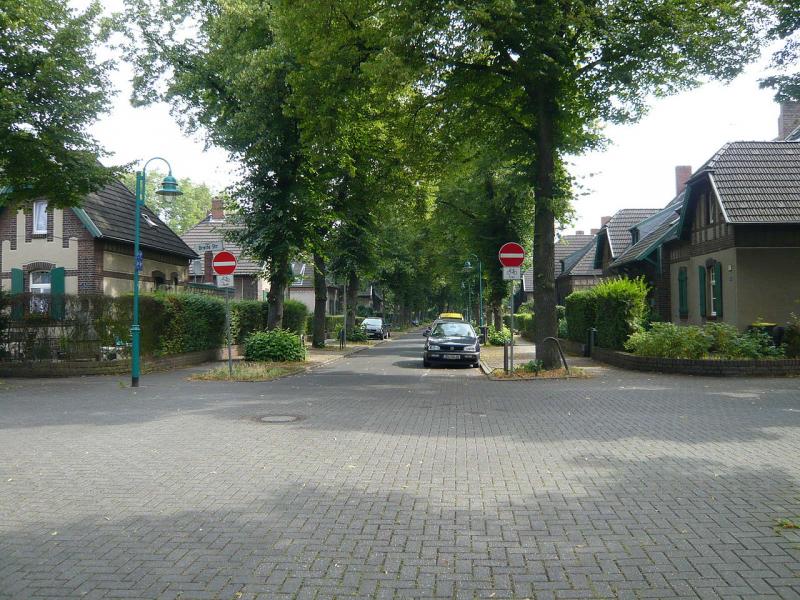 At RKI 778.3, the Rhine is crossed by a cable-stayed motorway (A40) bridge, connecting the Duisburg districts Neunkamp and Homberg/Rheinhausen. About 100,000 cars a day use this bridge between the Ruhr area and the Lower Rhine.
The 777.4m long bridge has six lanes and foot and cycle paths on both sides. The cable-stayed bridge with a middle girder is made of steel and has two 50m tall walkable pylons in the middle of the carriage way. The cables are divided into twelve groups at nine cables each, with the cables having a diameter of 57 to 83mm. The eight field widths are 46.8 m + 50 m + 2x45 m + 350 m + 105 m + 60 m + 75.6 m.
In 2004, the corroded cable groups’ , the superstructure’s expansion joints’ and the carriage way’s restoration was started.