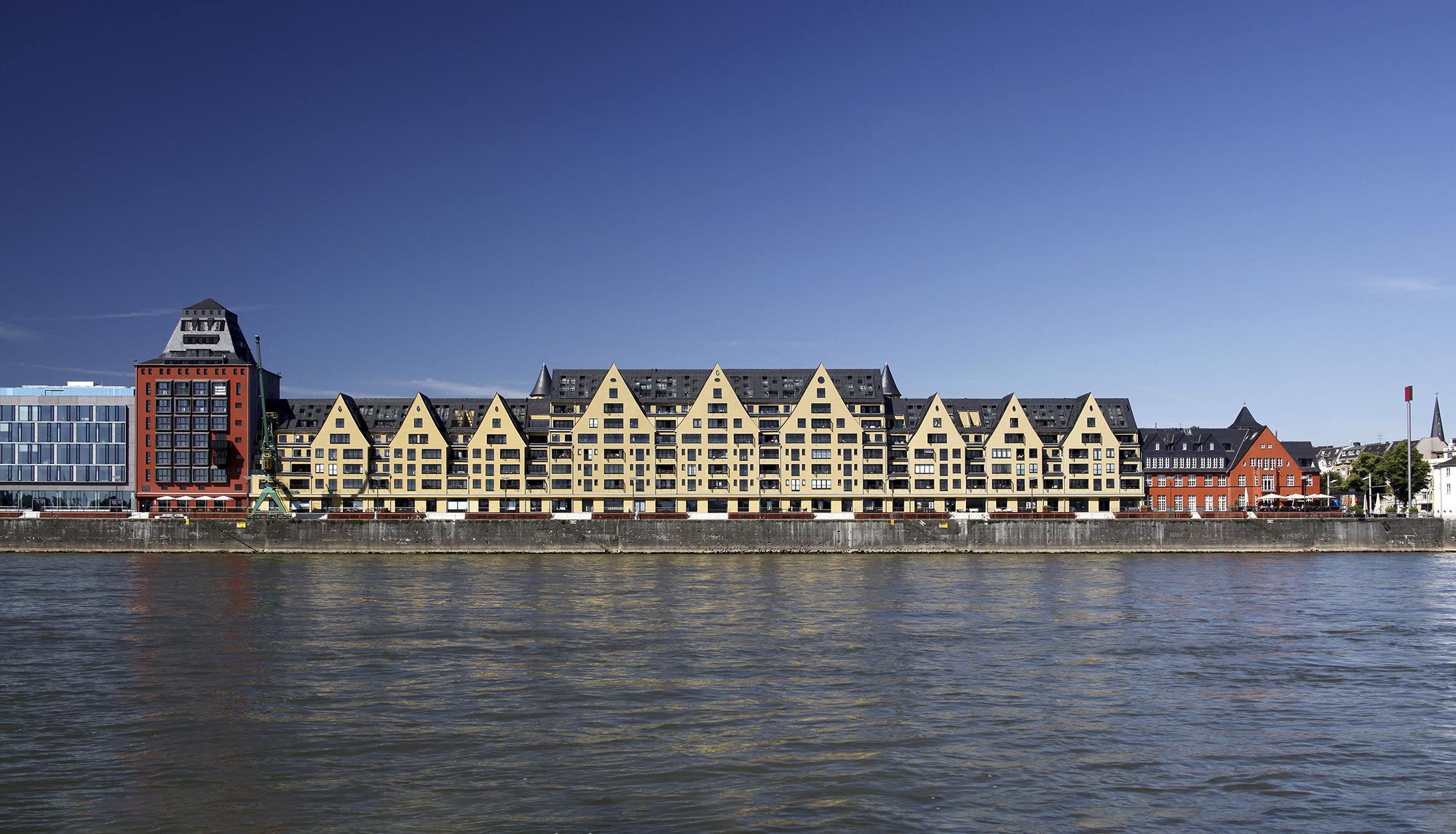 At the end of the Second World War the building tasks to be faced in Germany resulted, above all, from the necessity of dealing with the large-scale destruction of the cities.
The severe housing shortage in the inner cities had to be solved and gaps in the urban fabric closed up as quickly as possible.
The enormous building tasks in residential construction were resolved by reverting to techniques of mass production. This was completely in accordance with an architecture based on reproduction and universality. On the other hand, due to the massive repetition, it was perceived as monotonous and uniform.
The end of the 1950s and start of the 1960s saw the re-adoption of the International style (a trend of the classical modern), which had been out of favour in Germany since the seizure of power by the Nazis in 1933. In this context buildings were constructed, such as the headquarters building of the Phoenix–Rheinrohr AG (Dreischeibenhaus) in Düsseldorf, which represent the re-attainment of a high standard in the International style in Germany.
From the 1960s on, following the reconstruction in the area of housing, there has been an increasing engagement with more complex building projects, such as town halls, universities, theatres and museums. This period also saw the appearance of many structures such as modern suspension bridges or telecommunication towers.