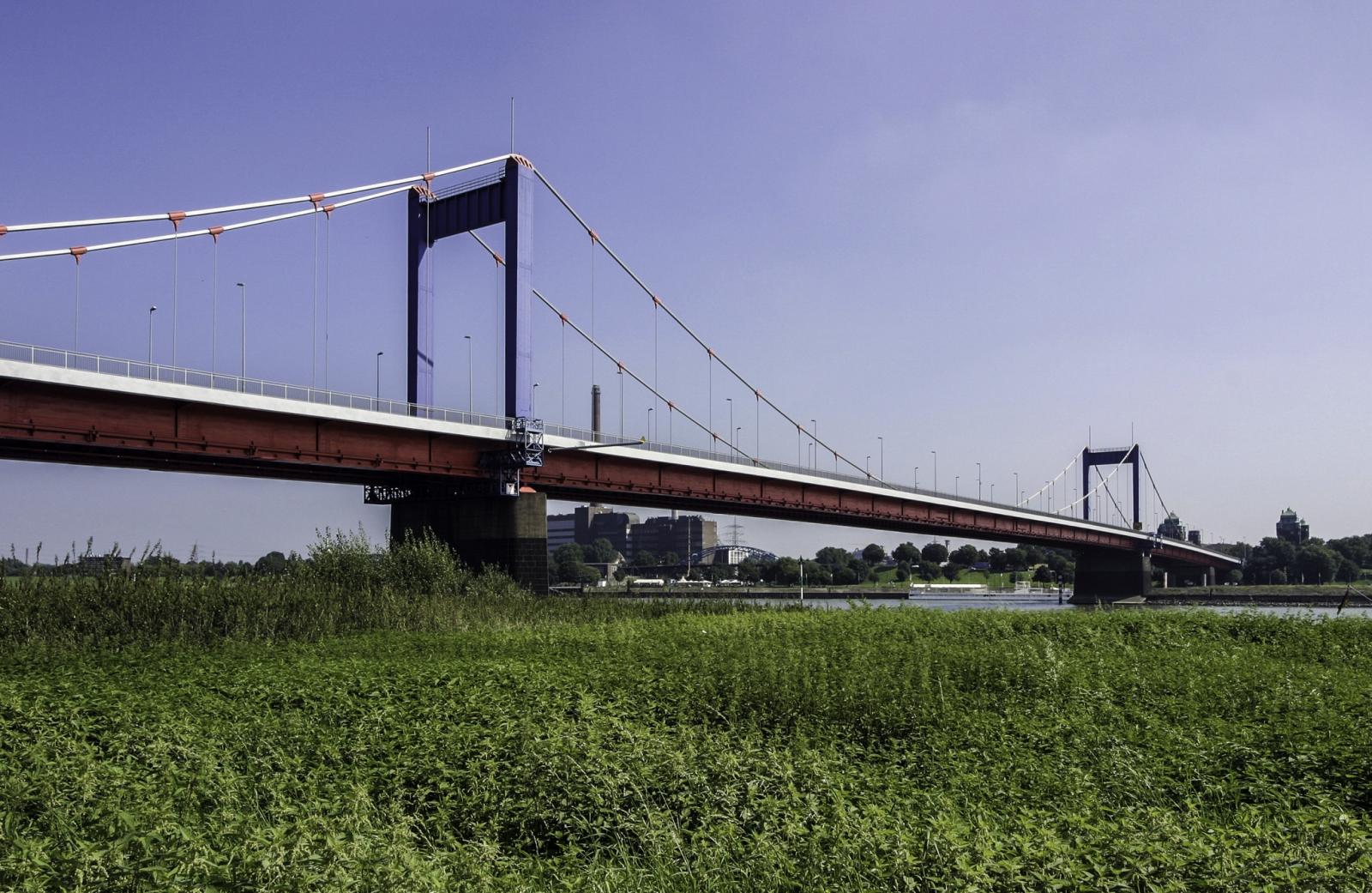 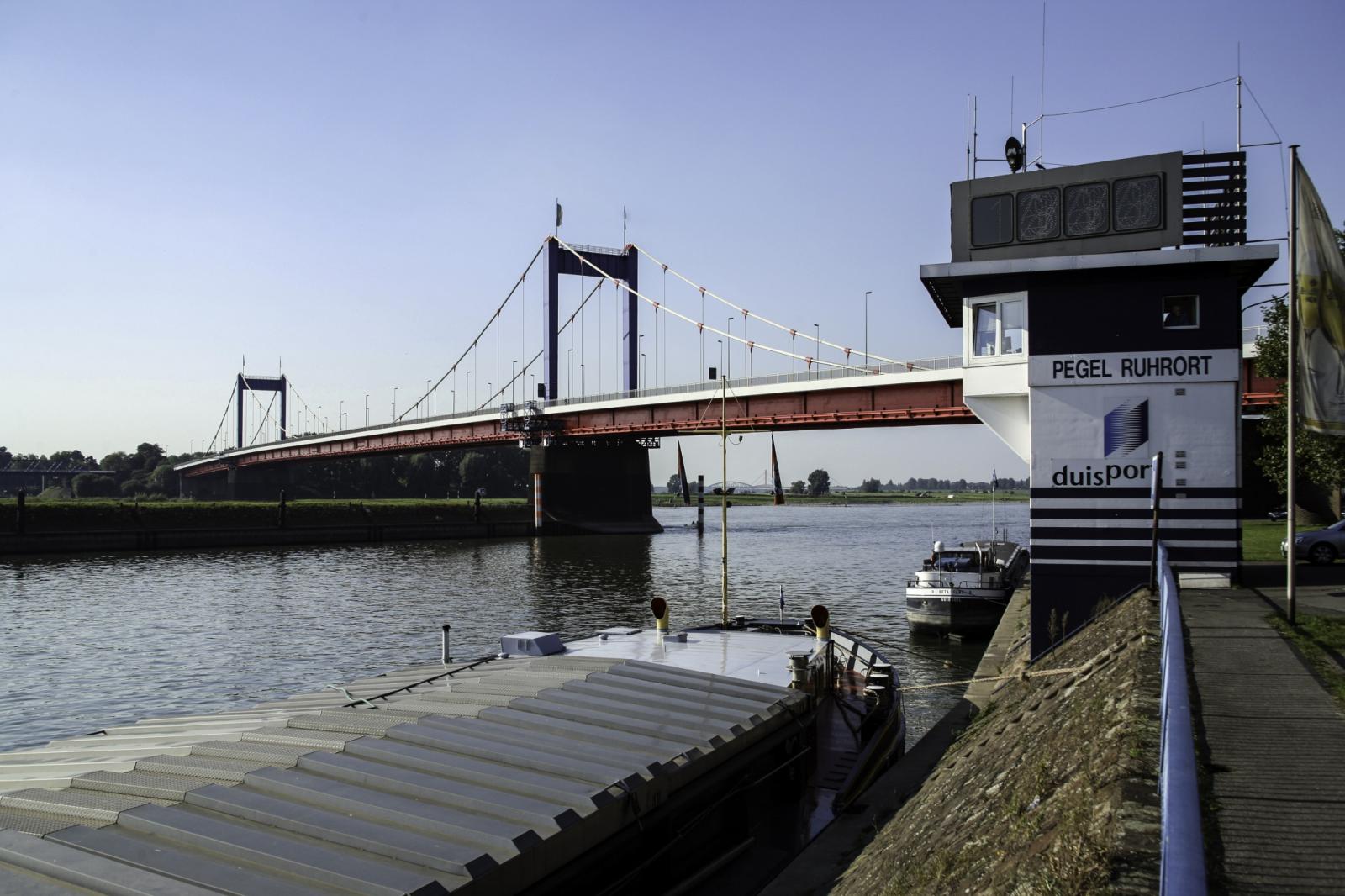 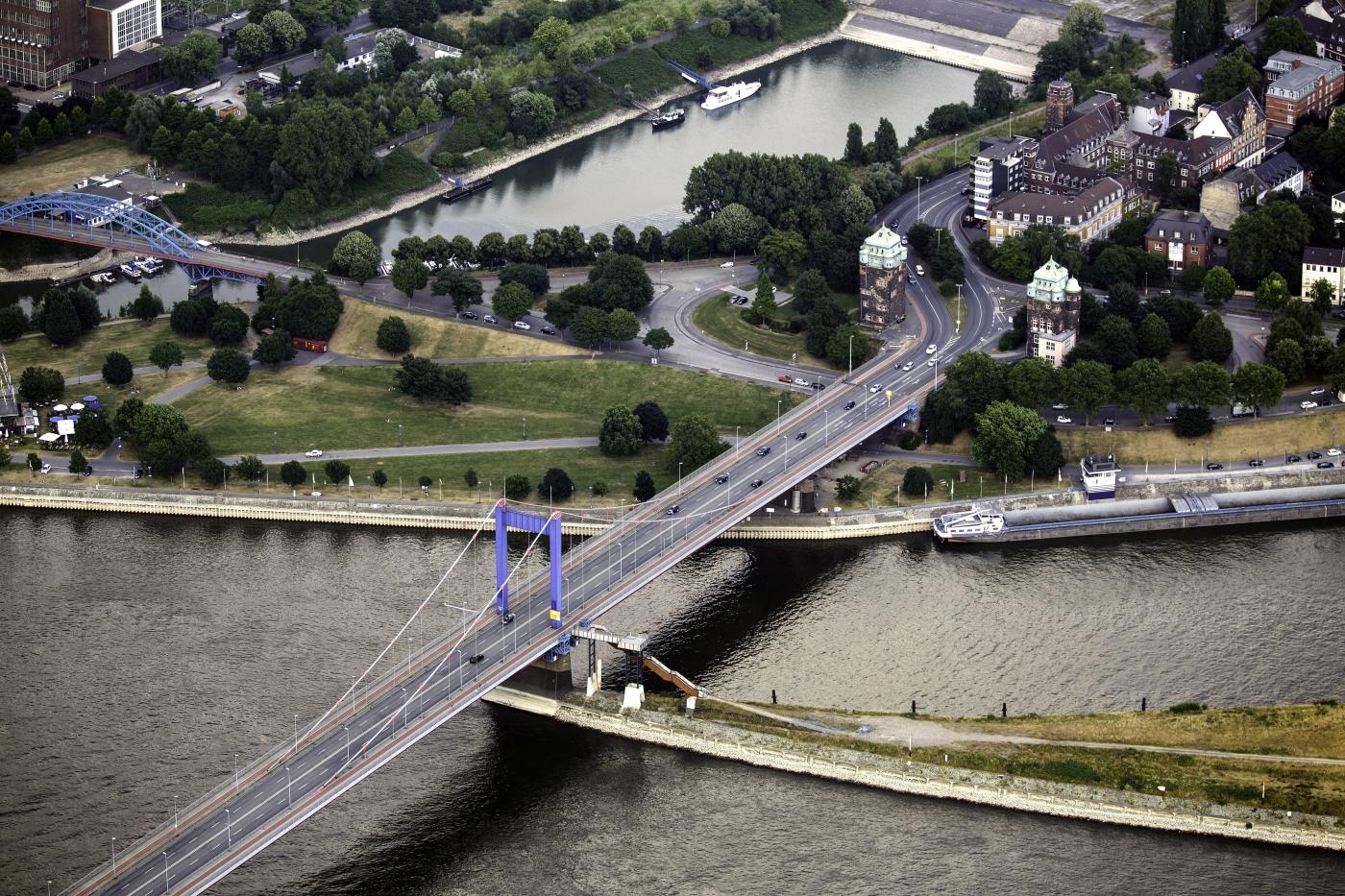 The bridge after the renovation in 2003 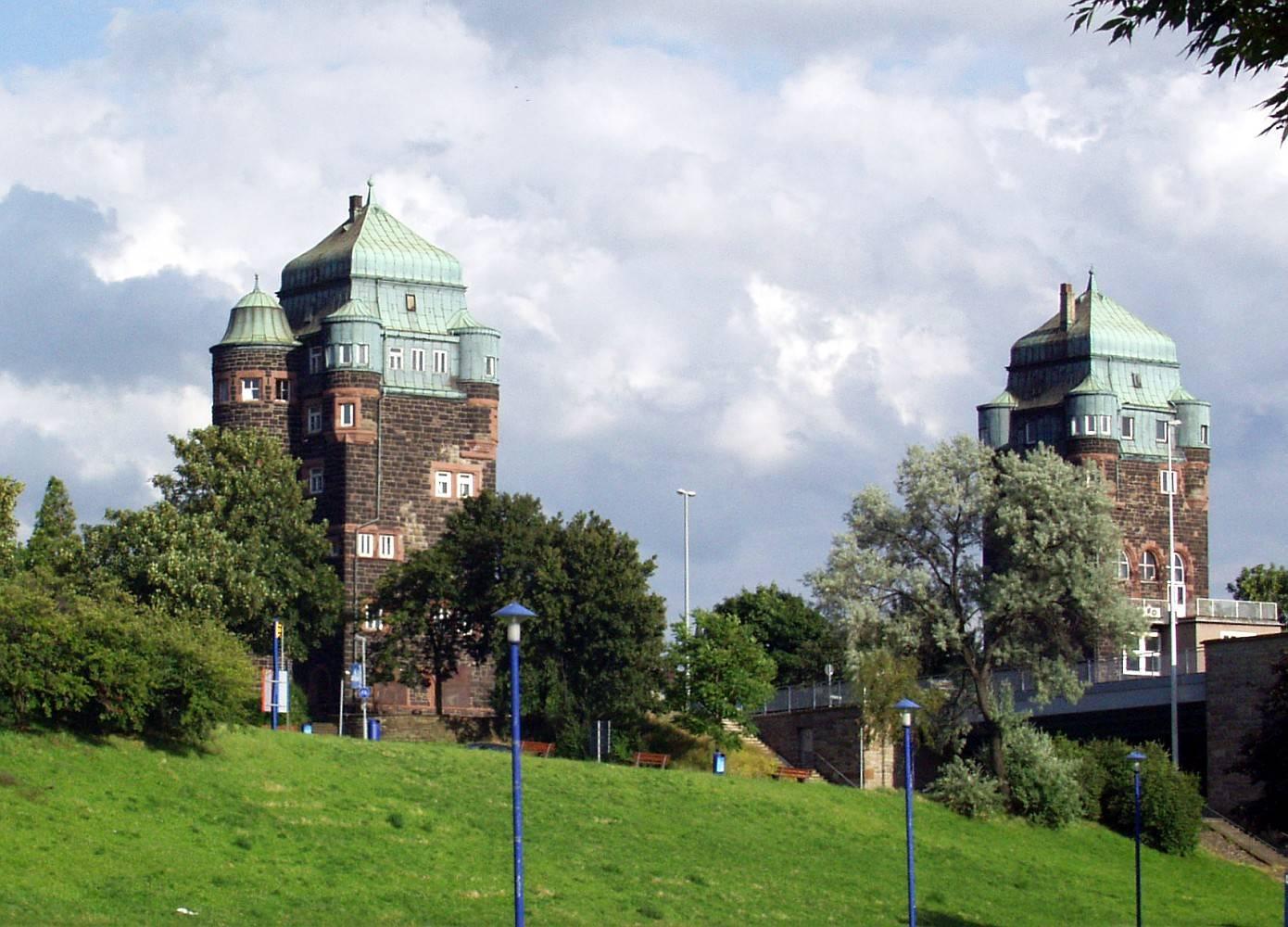 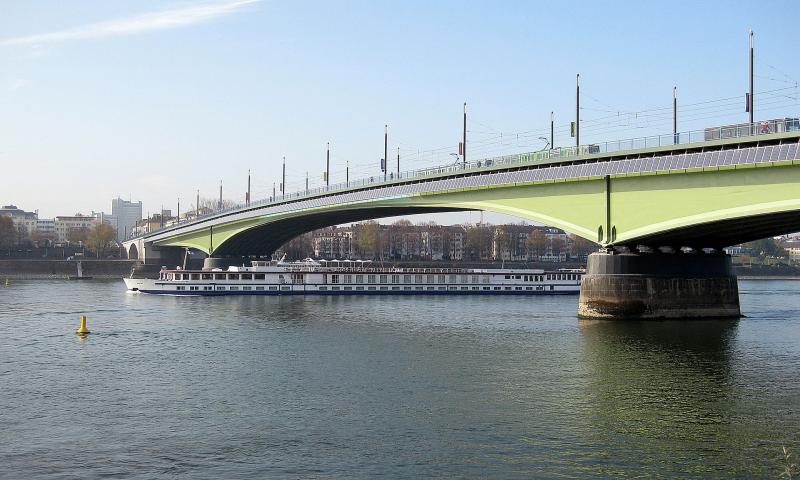 The Friedrich-Ebert-Brücke in Duisburg connects the Duisburg districts of Ruhrort and Homberg and is part of the B60 (an A-road). The bridge developed from an old railway ferry route from the late 19th century.
After a competition held in 1903, the work on the then steel arch bridge was started in 1904. Two bricked towers formed the abutments. Before it was blown up by German soldiers in World War II, it had been called “Admiral-Scheer-Brücke“.
From 1951 to 1954, the bridge (now called “Friedrich-Ebert-Brücke”) was rebuilt in a rather modified form. The bridle cord bridge has four traffic lanes and an overall length of 599 metres. The individual fields’ span is 128.5 metres.
The bridge was renovated from 1999 to 2003 and some parts were reinforced in the process.