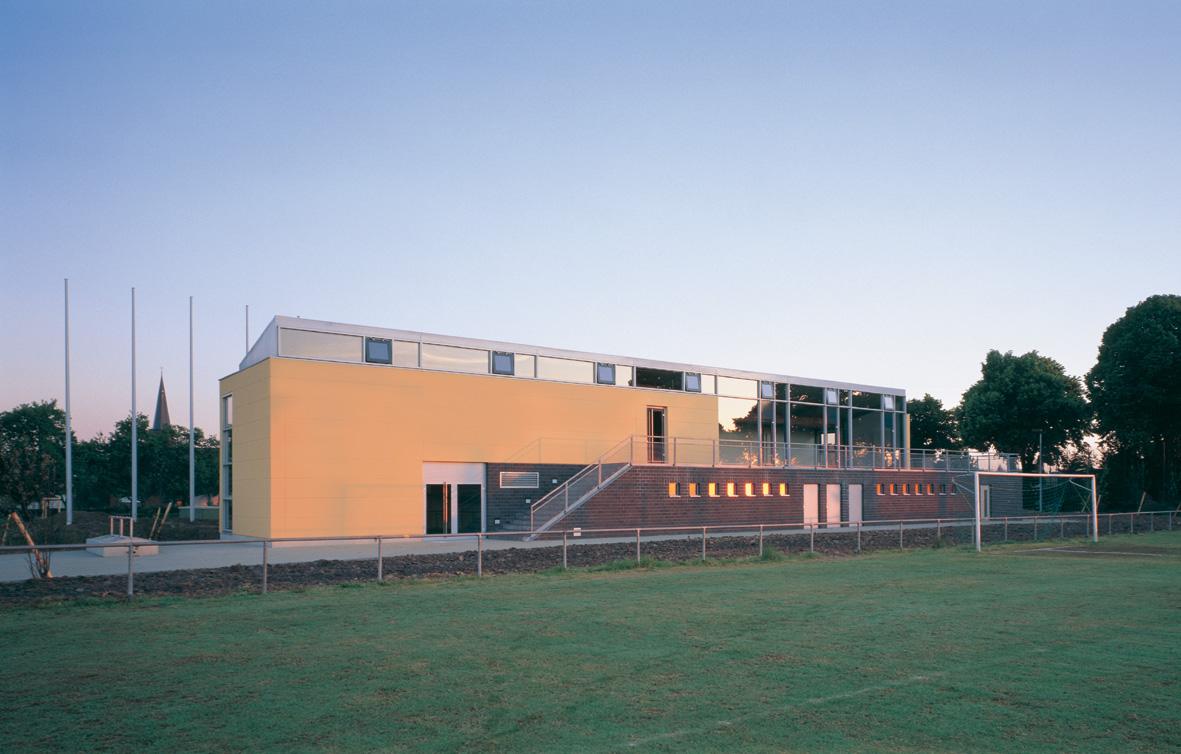 View from the pitch 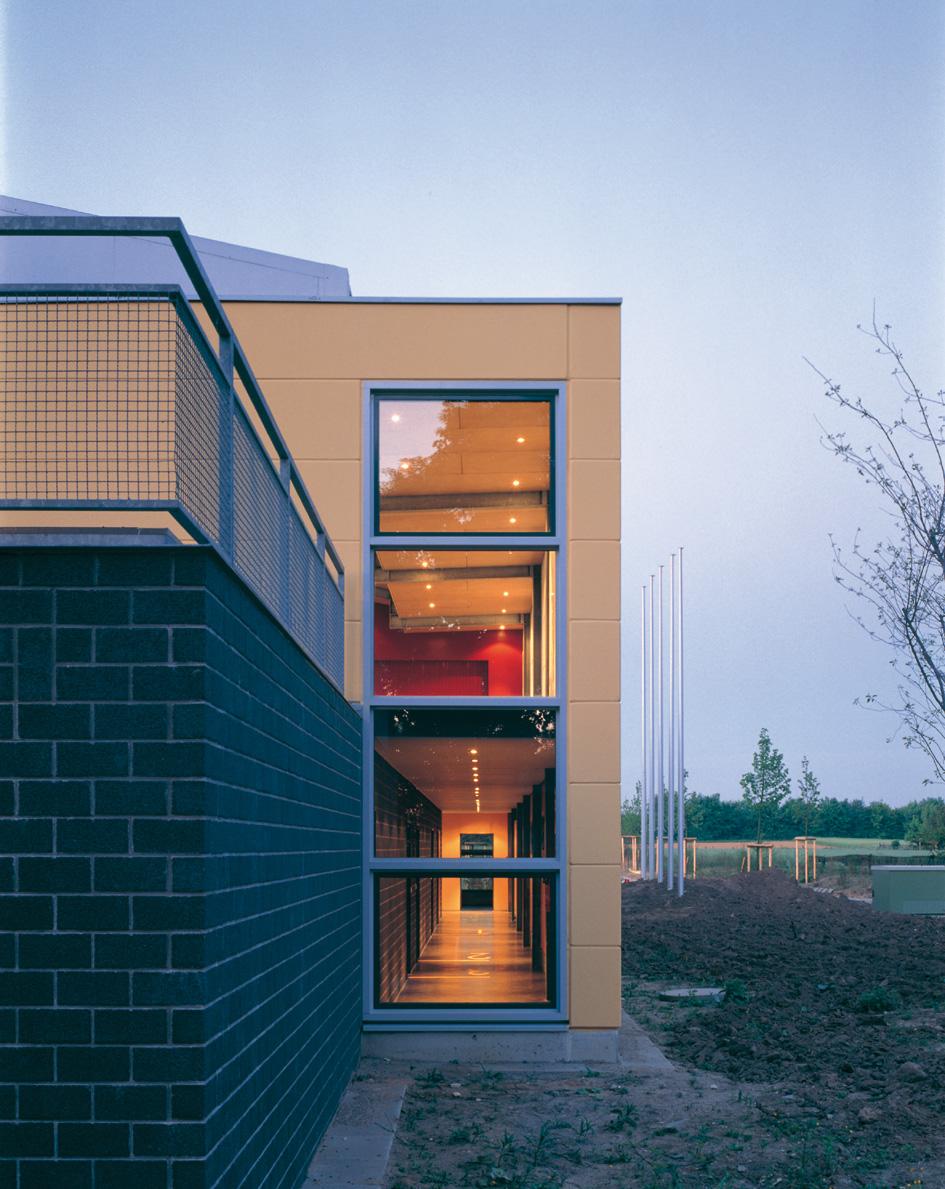 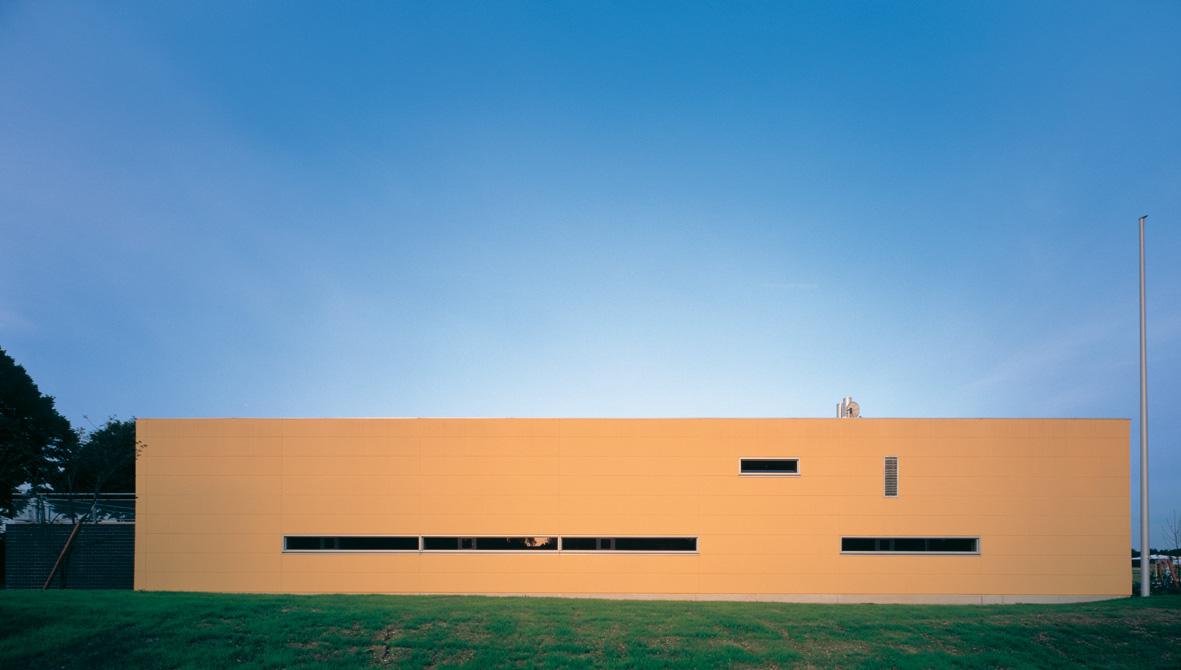 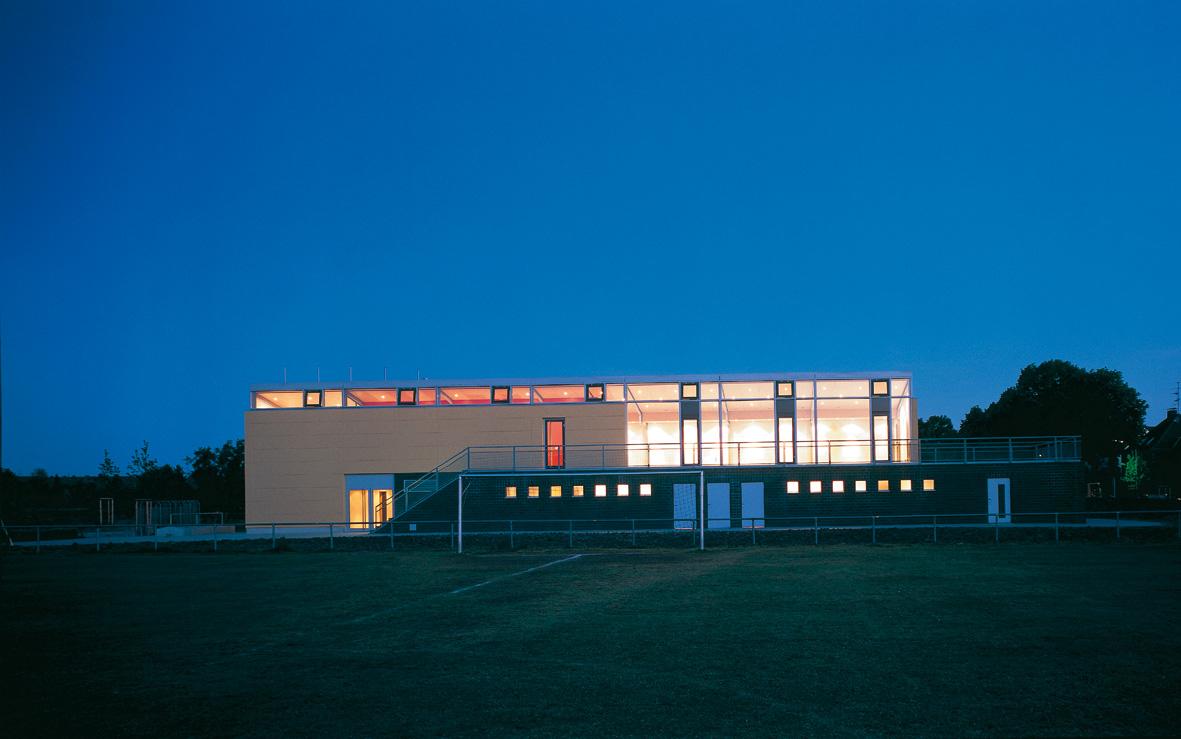 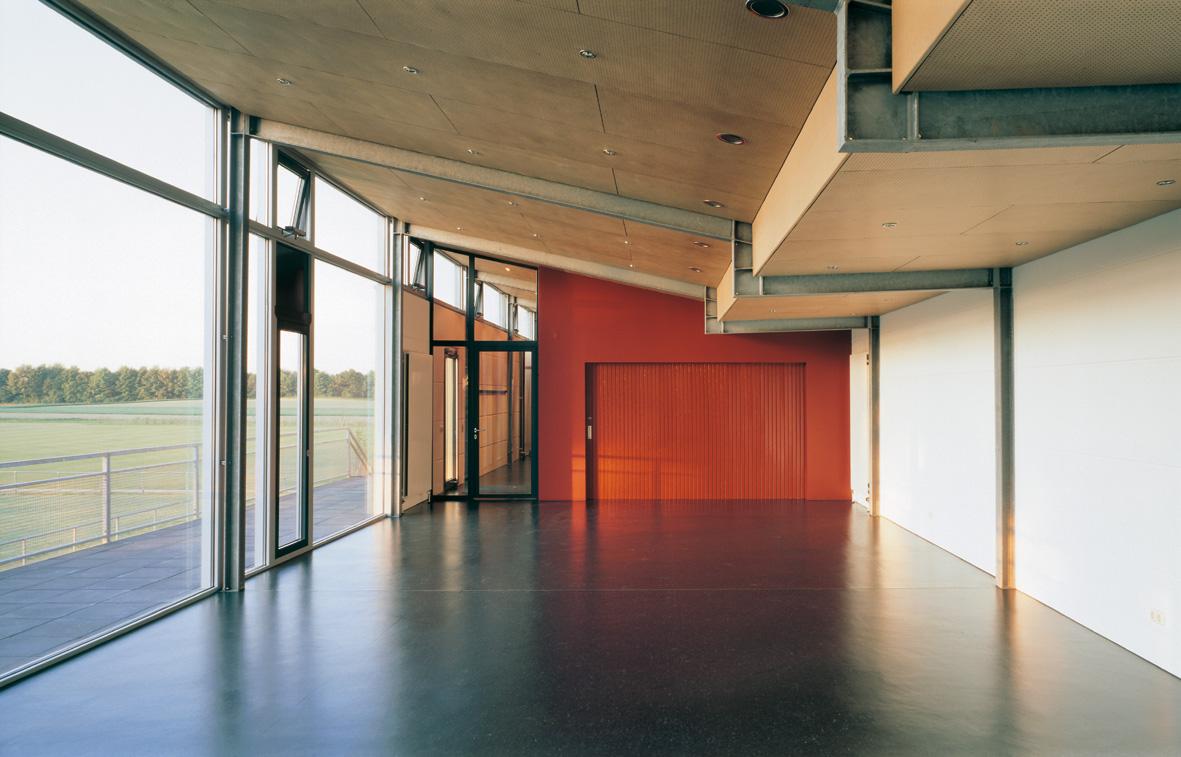 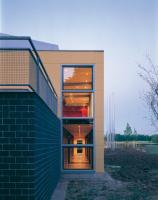 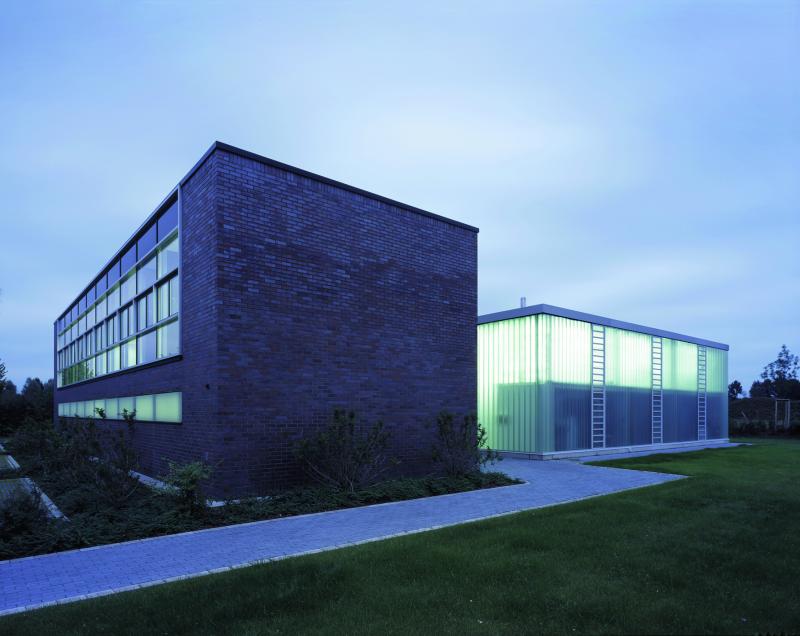 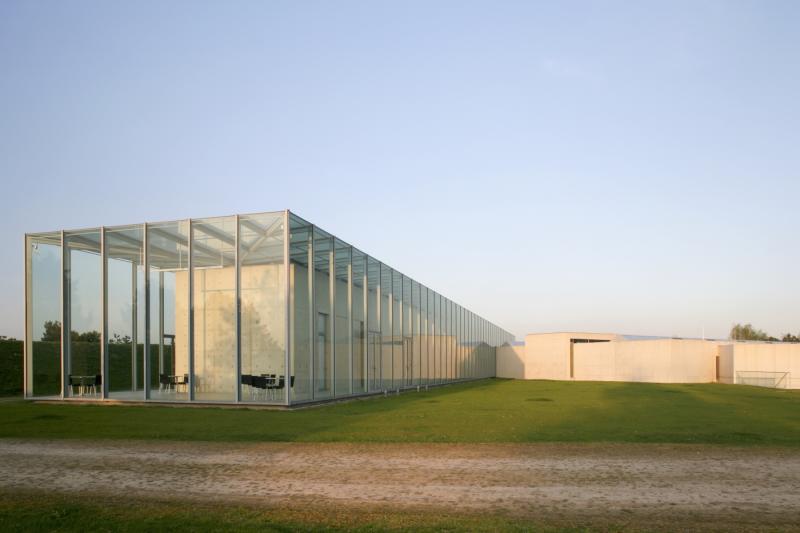 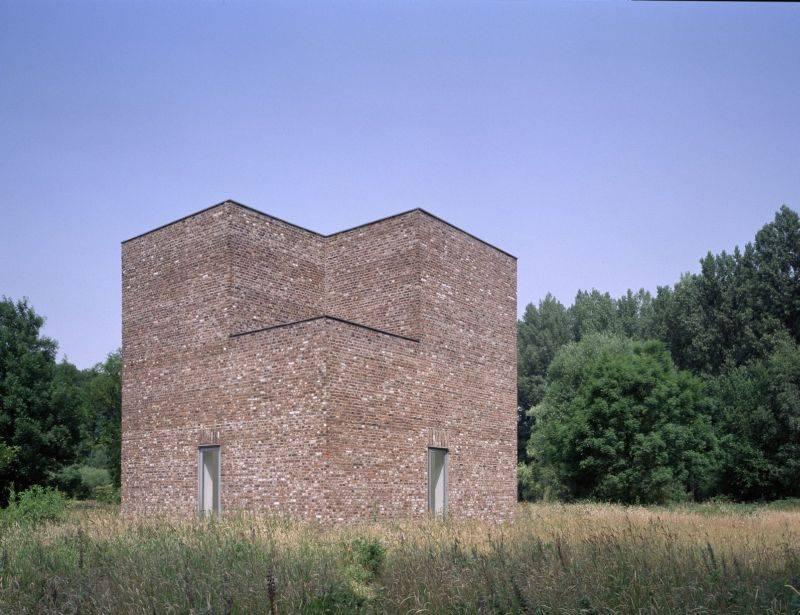 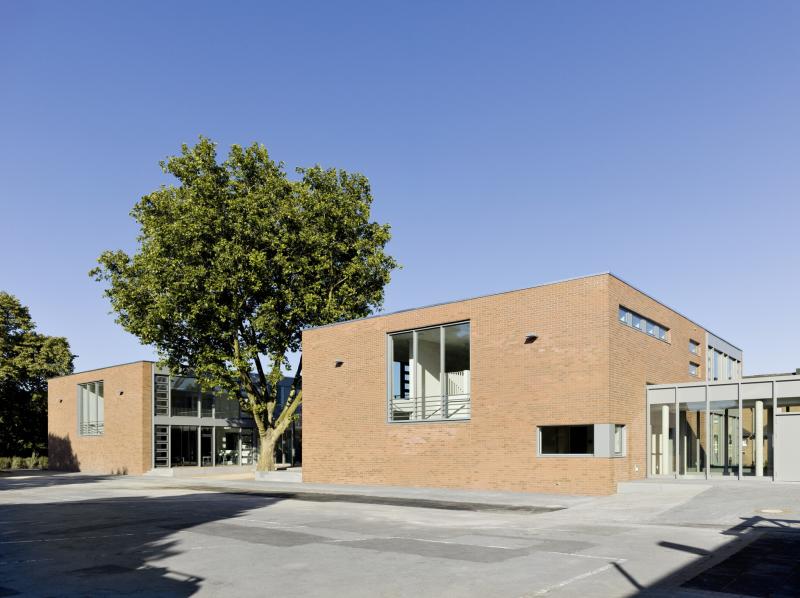 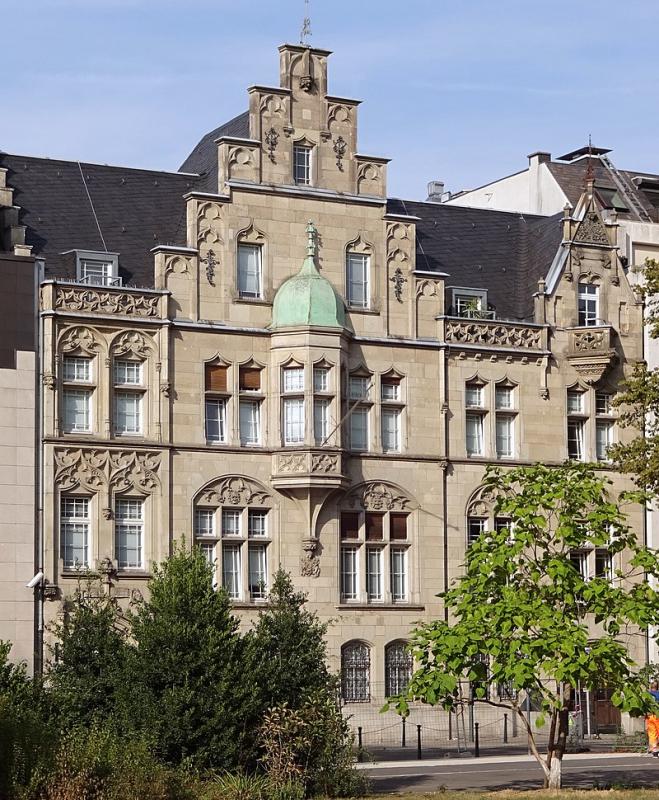 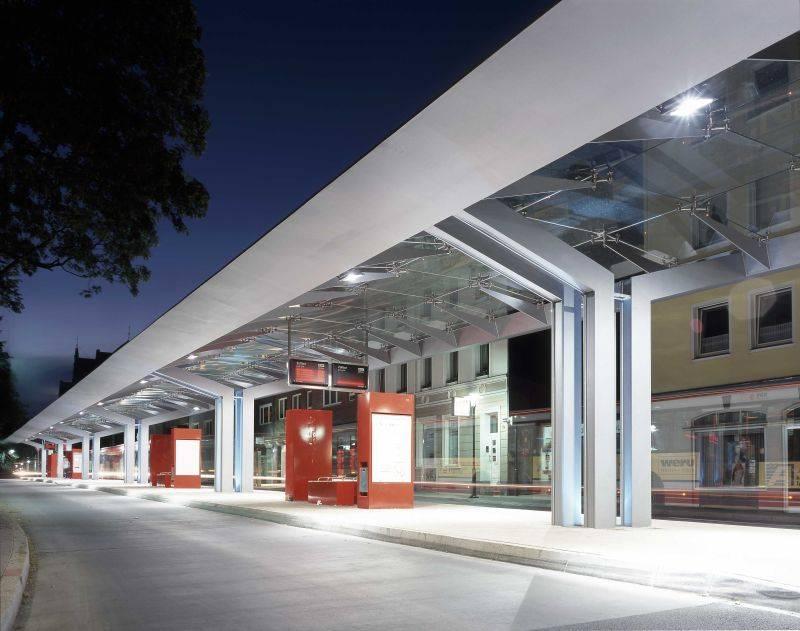 The longitudinal building was built on a district sports complex and replaces its predecessor from the 1960’s.
The longitudinal, comparatively small-mass structure forms the boundary of the sports complex and accentuates such boundary with the complex’s surroundings at the start of the town.
The two buildings with their different functions overlap and intersect. The massive base contains four change rooms with shower rooms. The upper floor contains two multifunctional rooms, a kitchen and storage rooms. The large terrace overlooks the pitch.
The longitudinal glass facade faces east. The morning sunshine heats up the storage mass, radiating the heat during the day. The dark floor covering supports this storage. The building is only used in the afternoons and in the evenings at any rate. There is thus no overheating then. One could do without blinds.
A large part of the building is as steel skeleton structure with glass concrete curtain elements as they are used in the construction of commercial buildings. 30cm thick, the elements have a good thermal insulation and only had to be painted on both sides. This made for much reduced construction costs too.