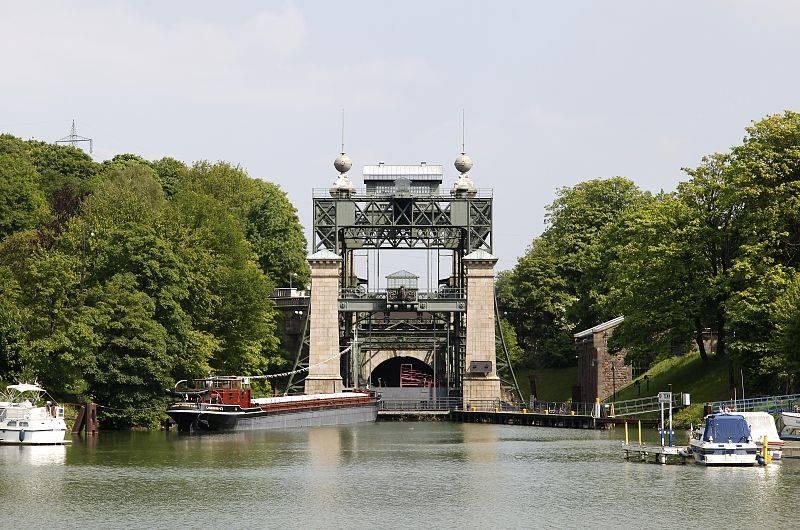 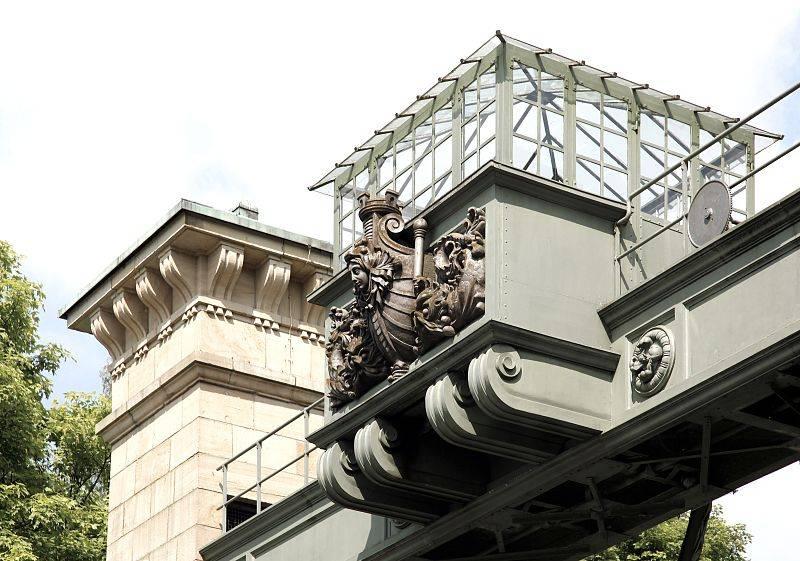 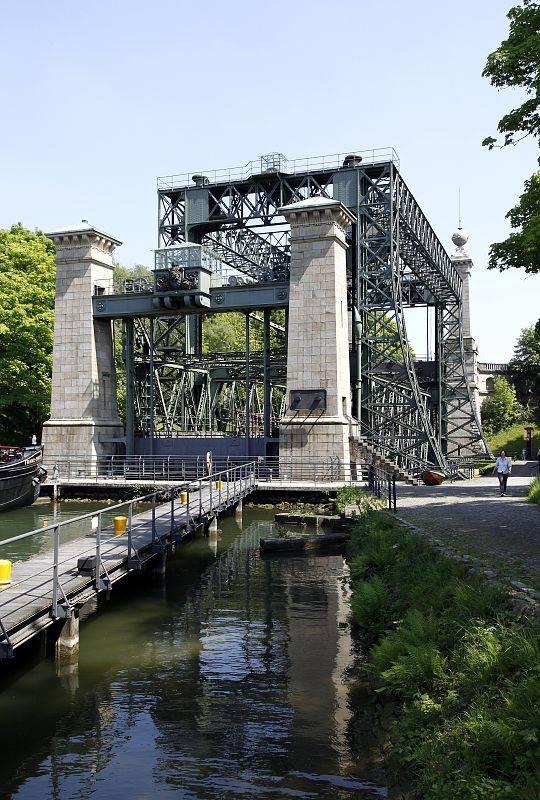 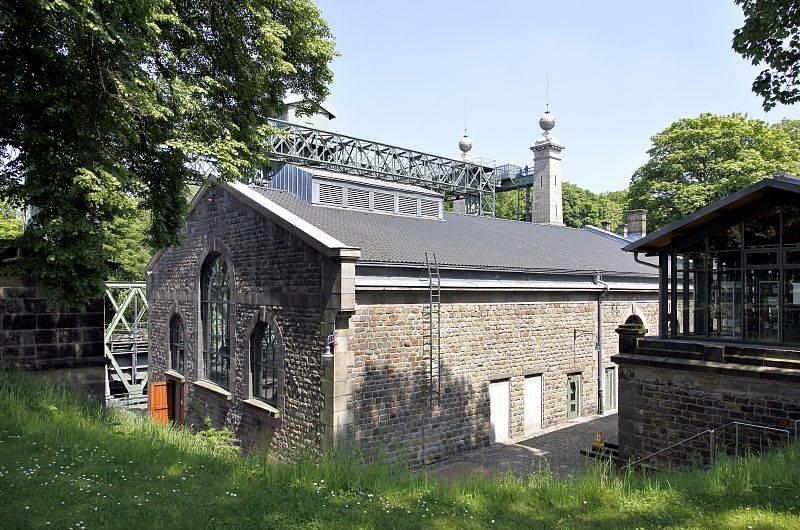 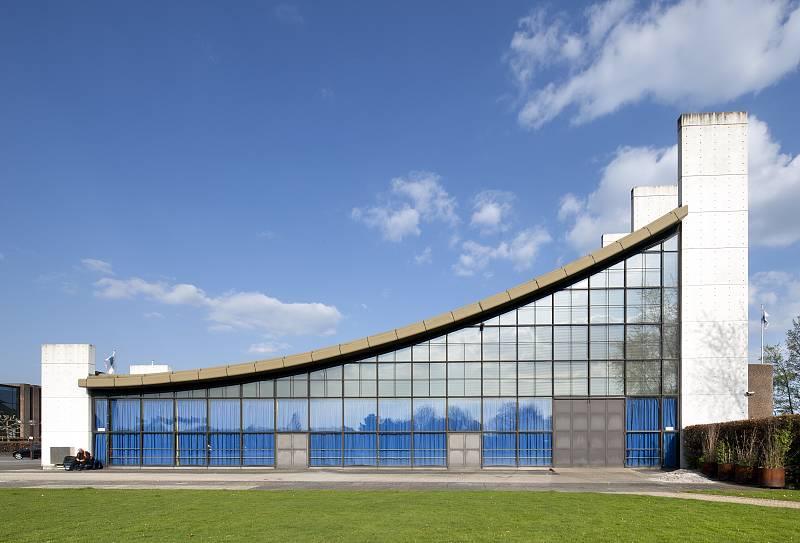 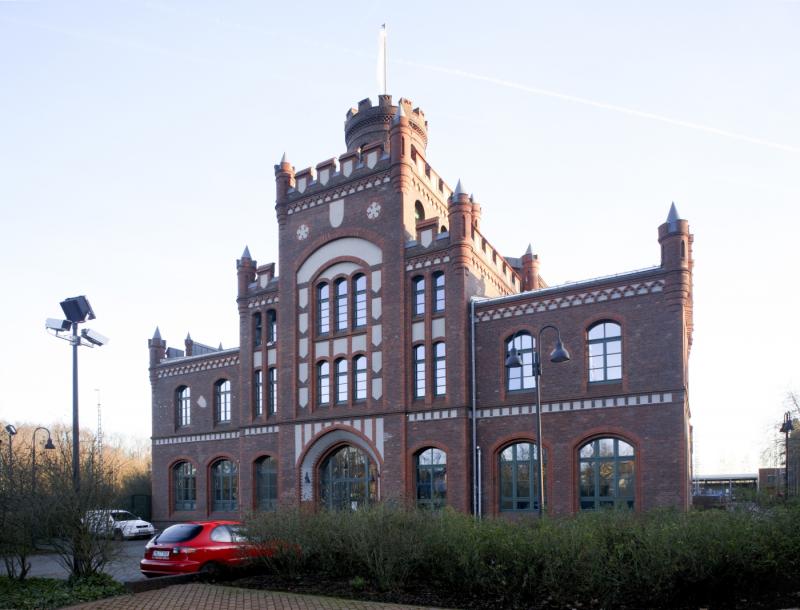 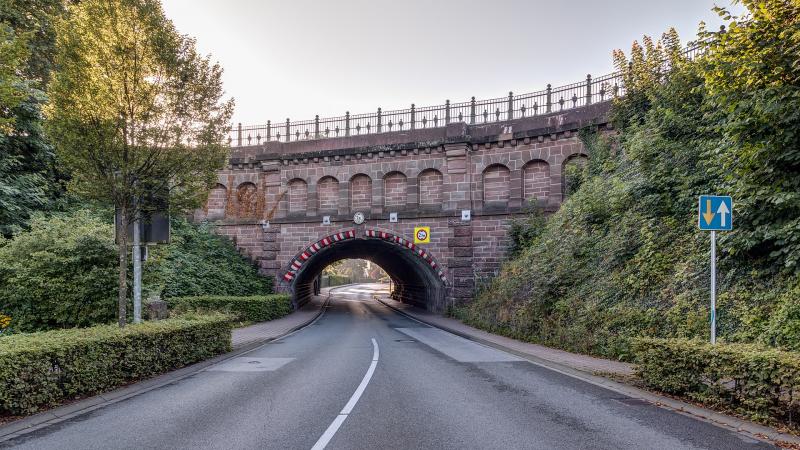 Schiffshebewerk Henrichenburg, opened on August 11, 1899, by Emperor Wilhelm II together with the Dortmund-Ems-Kanal, was and is the most spectacular structure along the entire canal. It is situated in the town of Waltrop. In the south, the canal connection is the Rhein-Herne-Kanal, in the north the Datteln-Hamm-Kanal and even further north the Wesel-Datteln-Kanal.
The ship lift “climbed” 14m and replaced an originally planned flight of locks with four basin locks. It was the first floater ship lift in Germany built in accordance with the buoyancy principle. In its neo-baroque design, the ship lift reflects the traditions and the prestige Prussian state buildings were always supposed to convey. The eagle demonstrates the Emperor’s might, the Westphalian horse (Westfalen-Ross indicates the location, the Lower Saxony horse (Niedersachsen-Ross) pays homage to the Kingdom of Hanover.
When in 1962 the new ship lift was opened, this seemed to seal the fate of the old one. After it had finally been put out of service in 1970,it first fell into ruins. Only in 1979 was it listed and plans for the Westfälisches Industriemuseum made.
After its restoration and reconstruction, the old ship lift turned museum was opened to the public on September 12, 1992. The museum consists of the ship lift itself with its five floater shafts, a walkable hod and super and sub main towers, the former boiler and power house accommodating the exhibition on the history of inland navigation and canal transportation and the motor cargo ship Franz Christian with its exhibition “life and work on board”.
Since 1999, the so-called “top water” (a 400m long stretch of the canal above the ship lift) can also be visited. Here, the museum presents, for example, a cargo ship terminal, a slipway shipyard with a historical slewing crane from 1906 and a canal passage with an old flap gate (1914) and a historical lifting bridge (1897). There is also a collection of old ships and swimming tools that are still being restored and researched and thus not yet walkable.