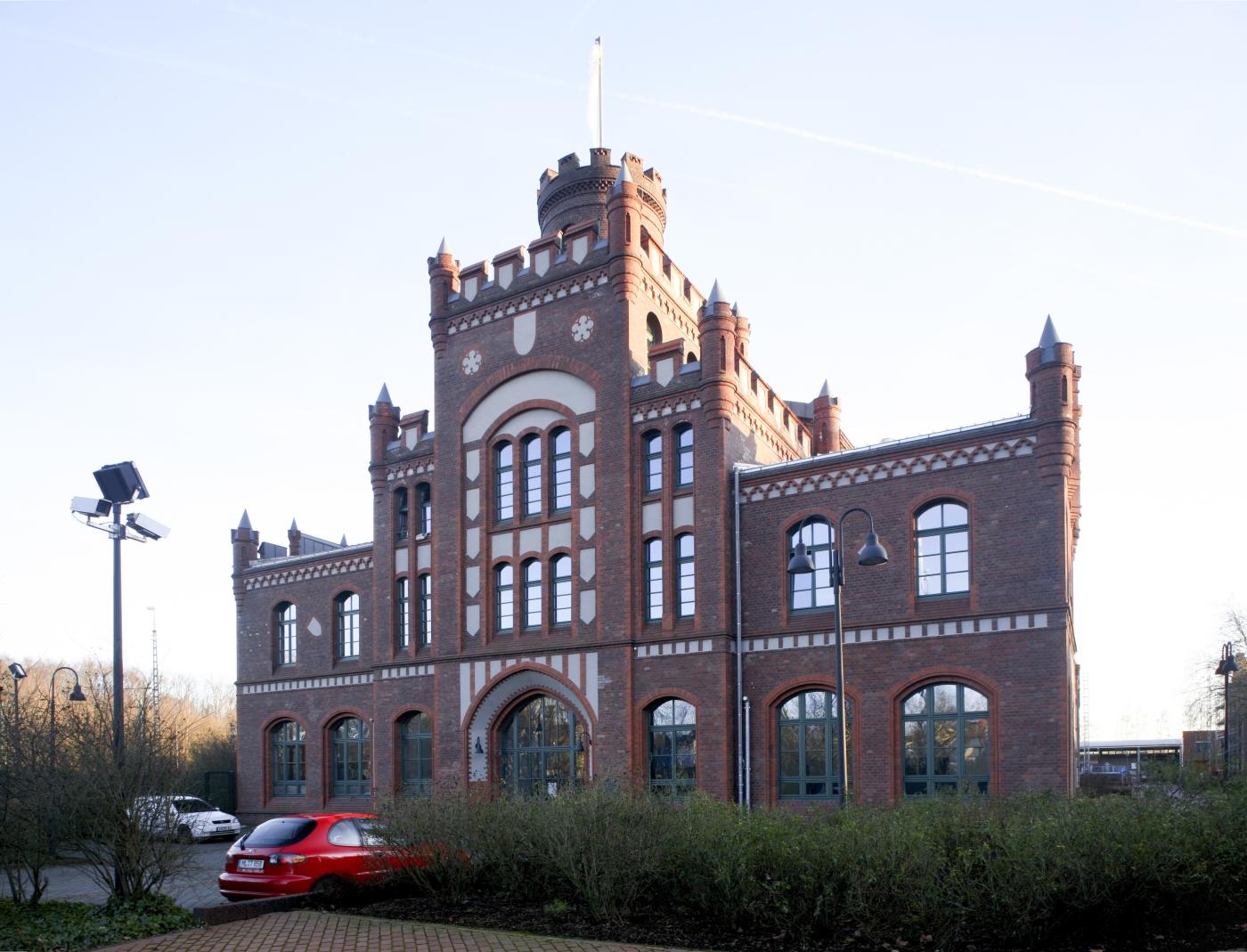 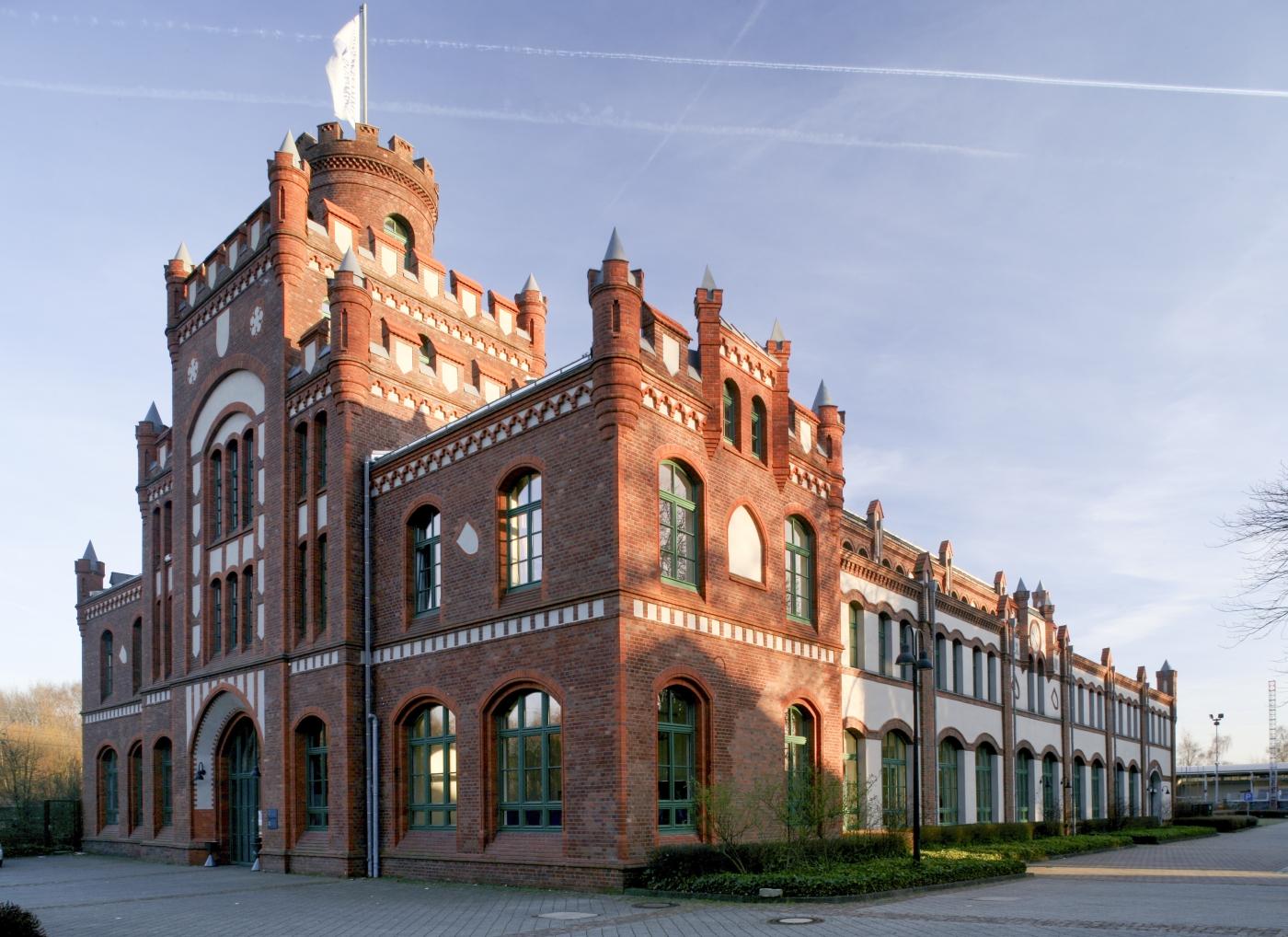 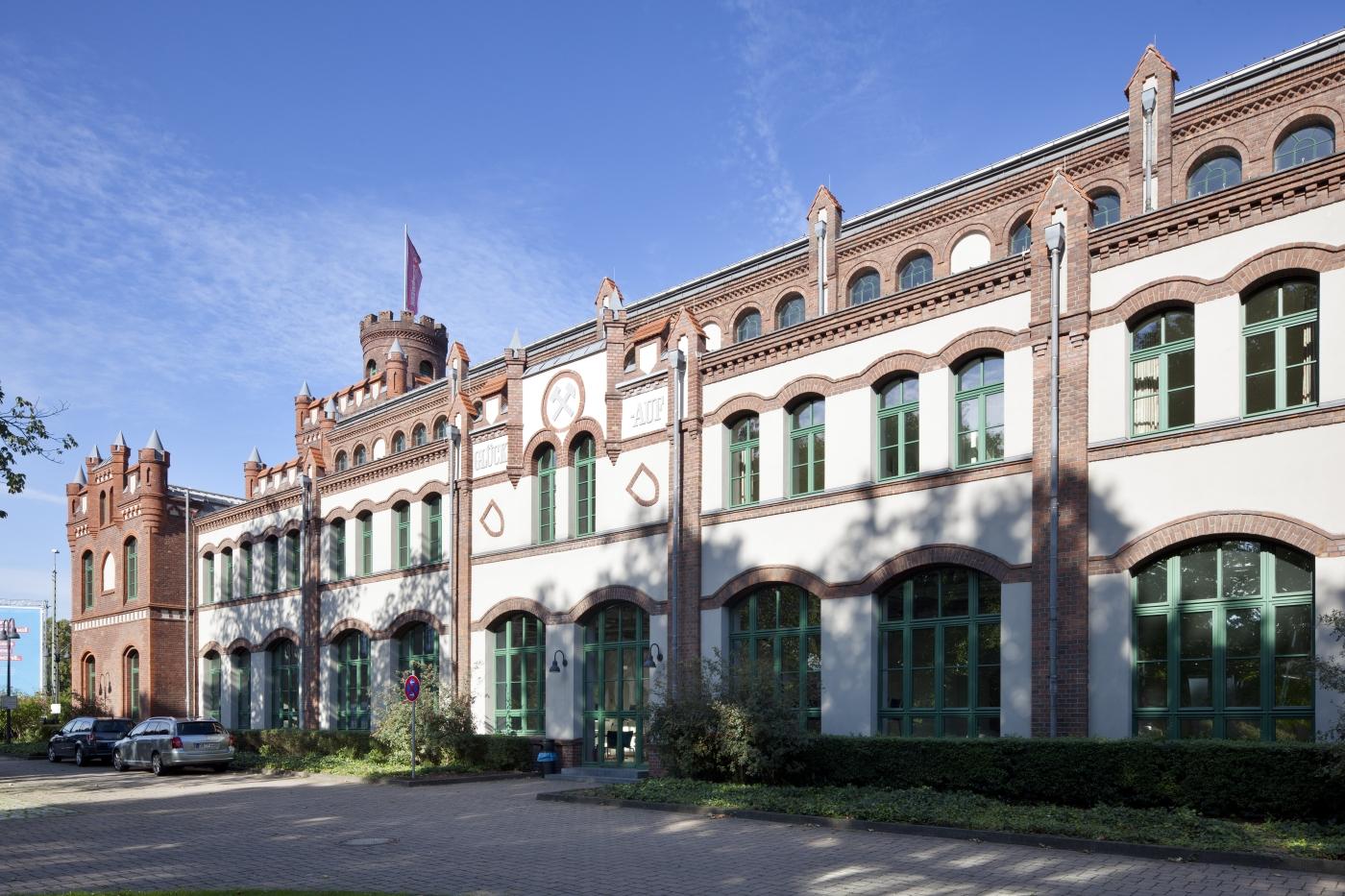 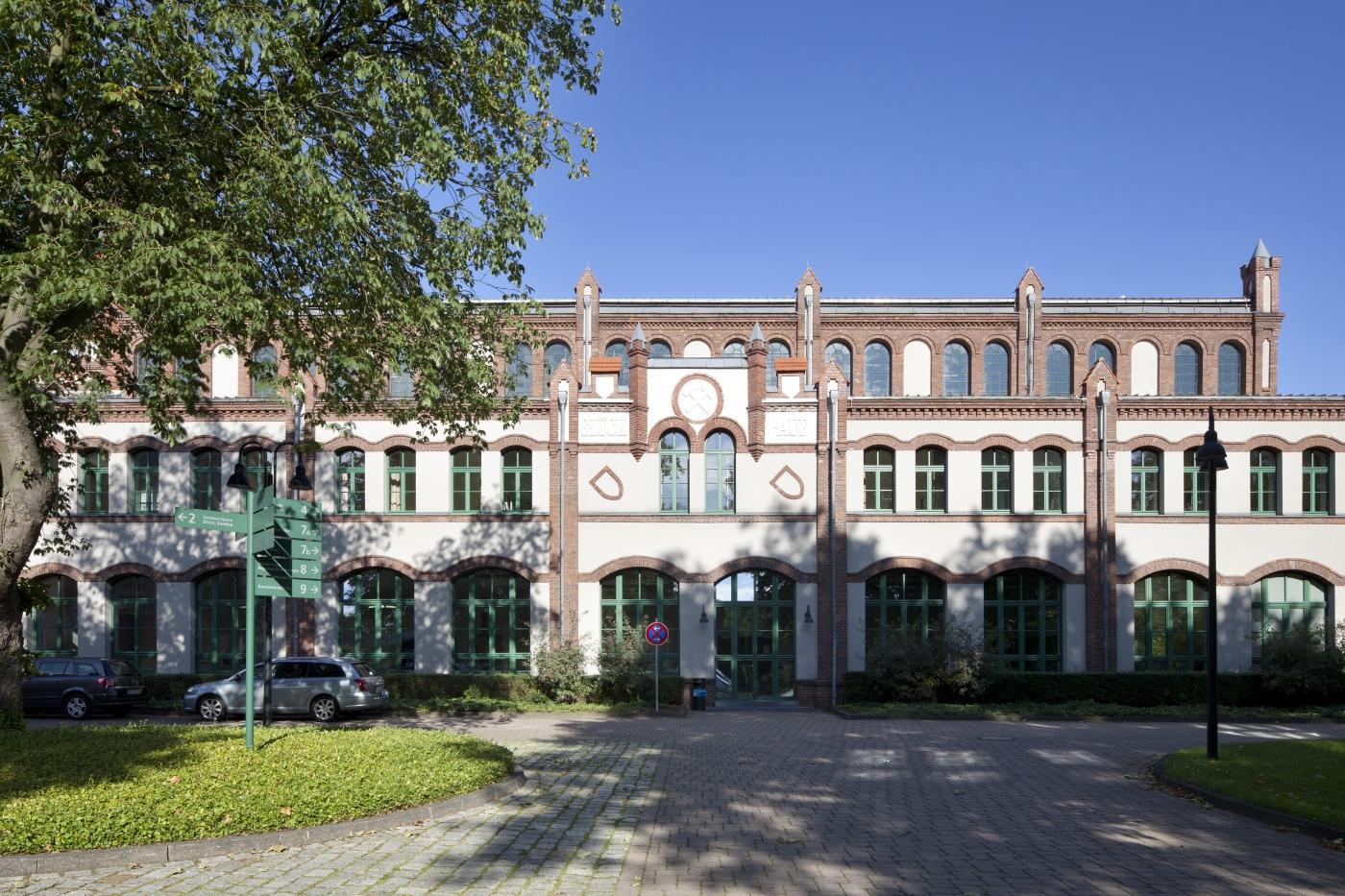 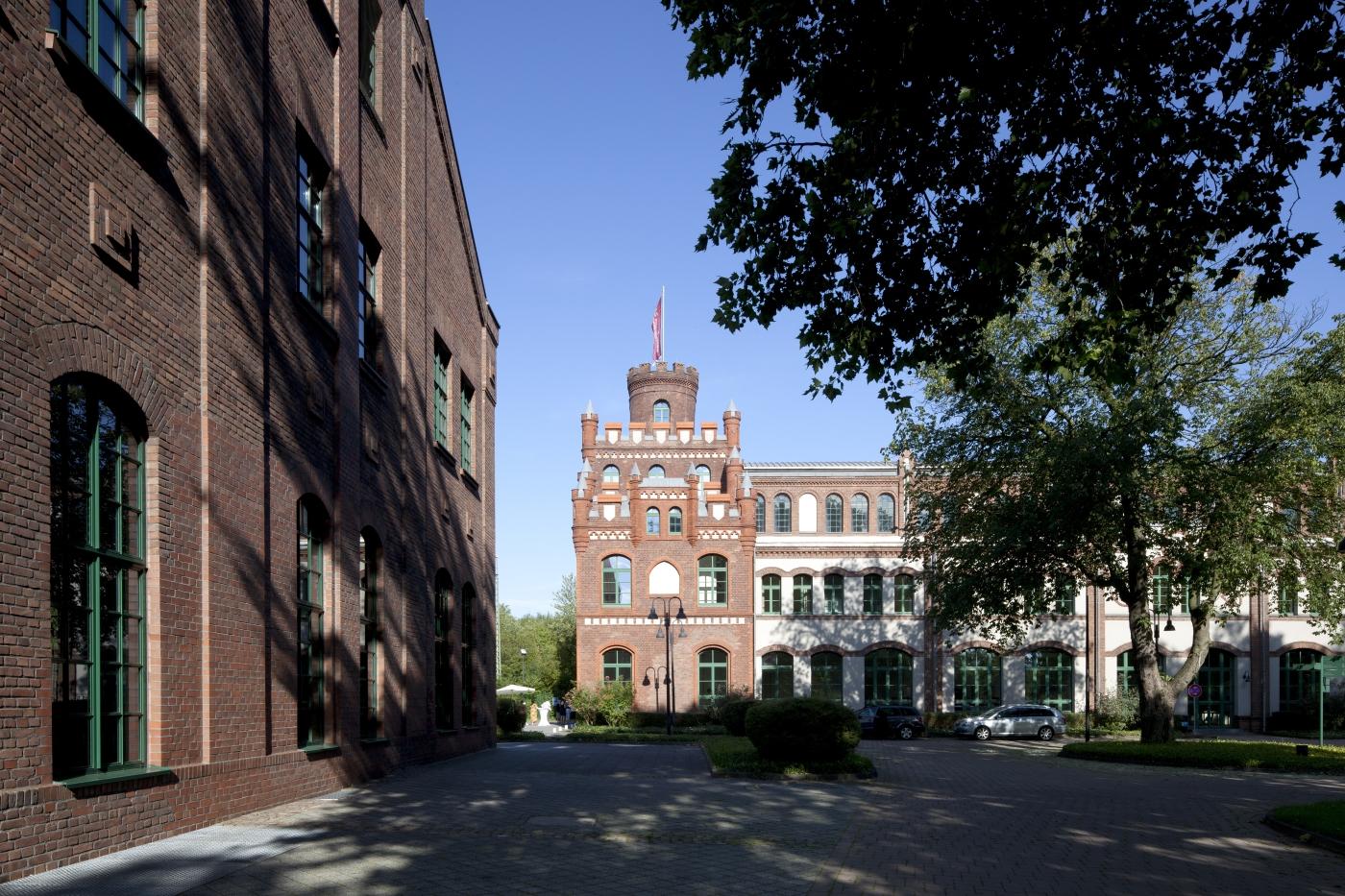 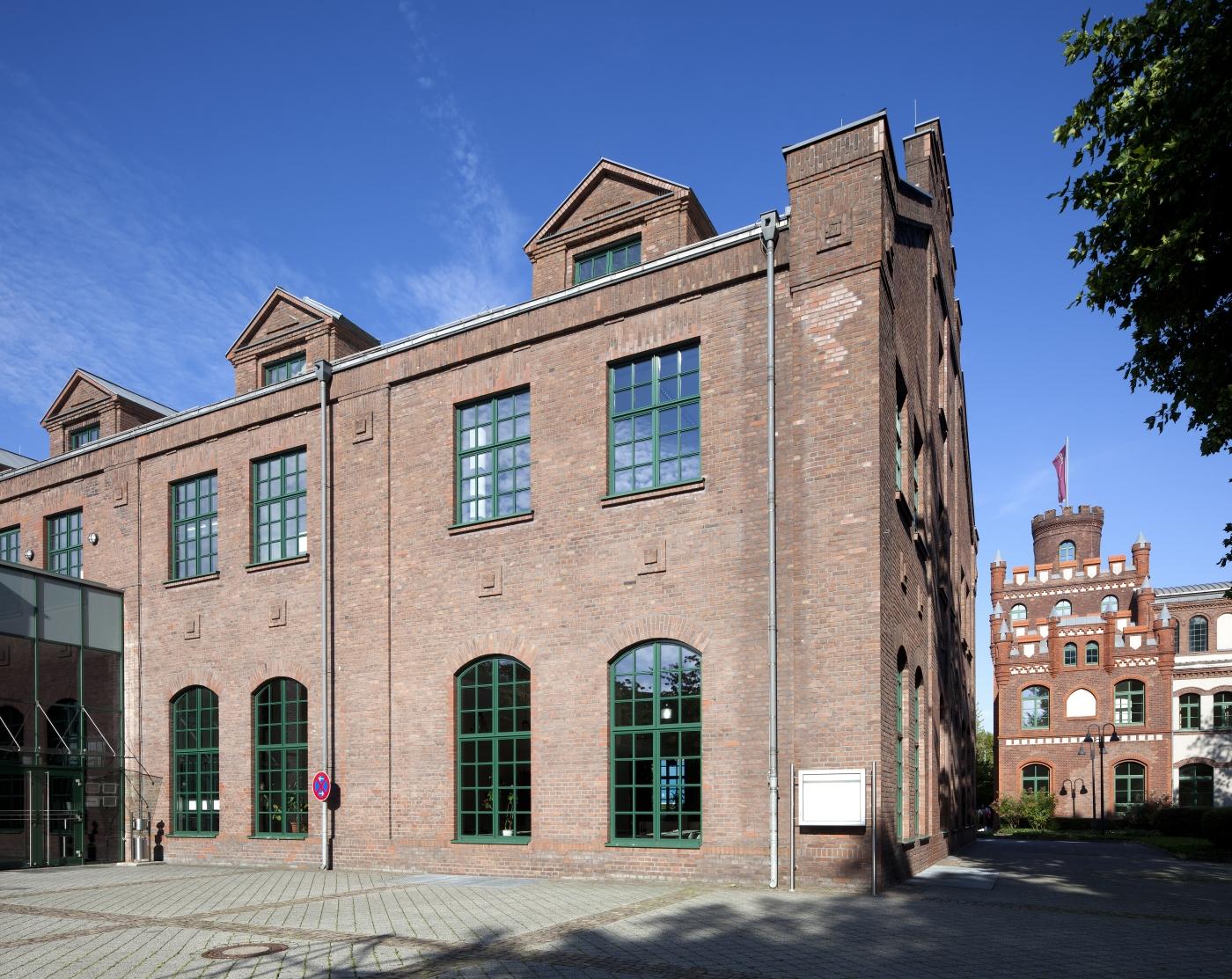 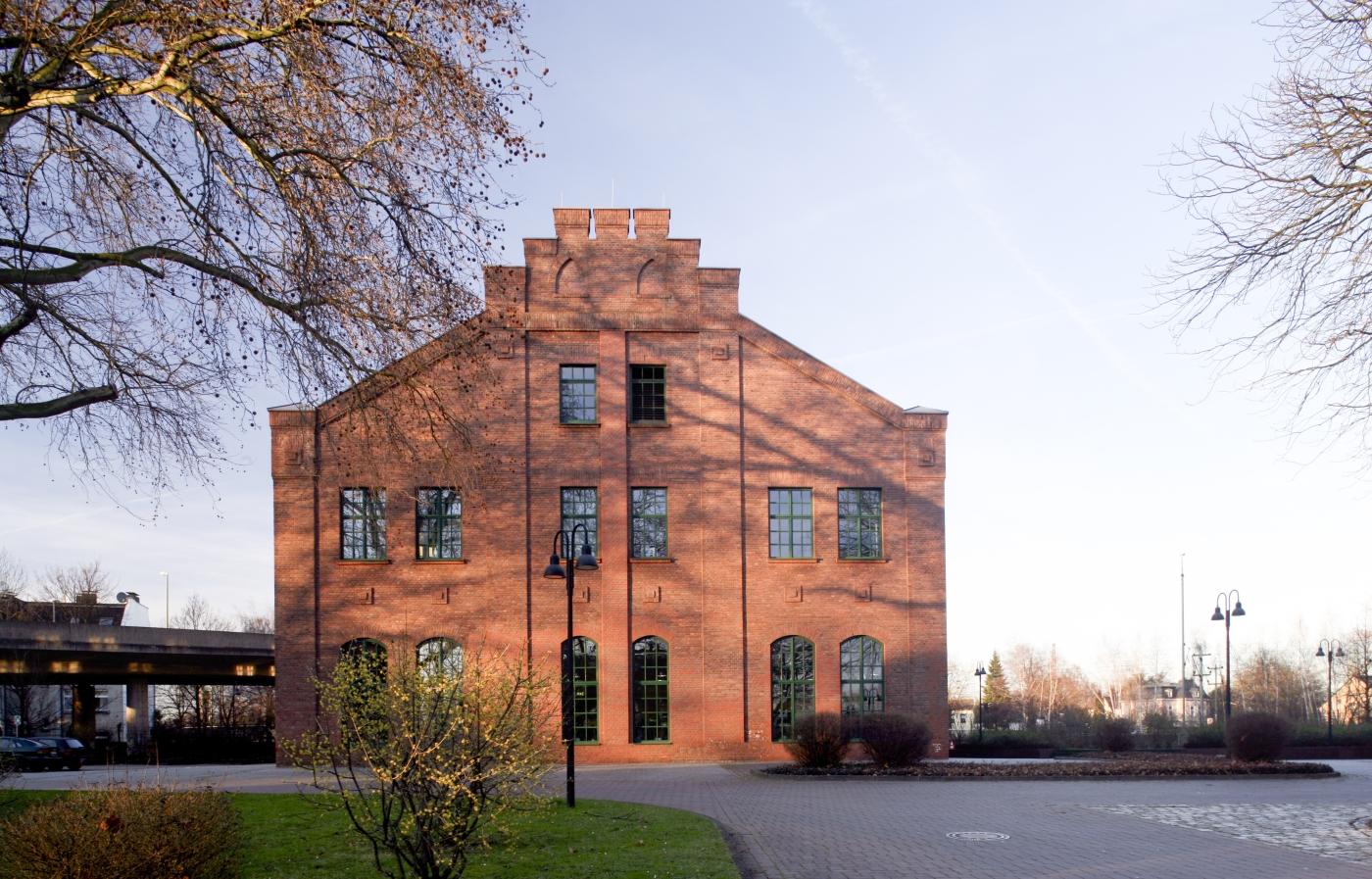 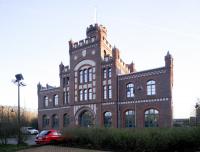 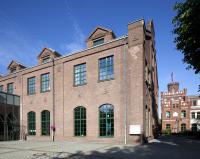 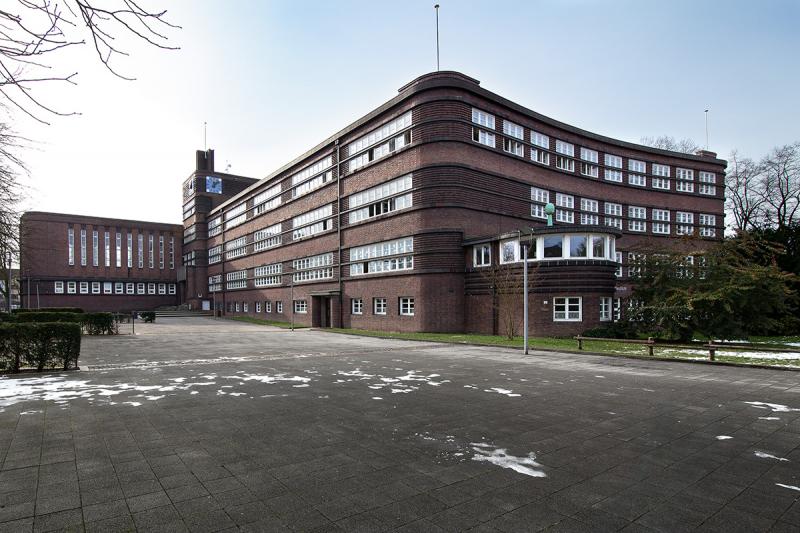 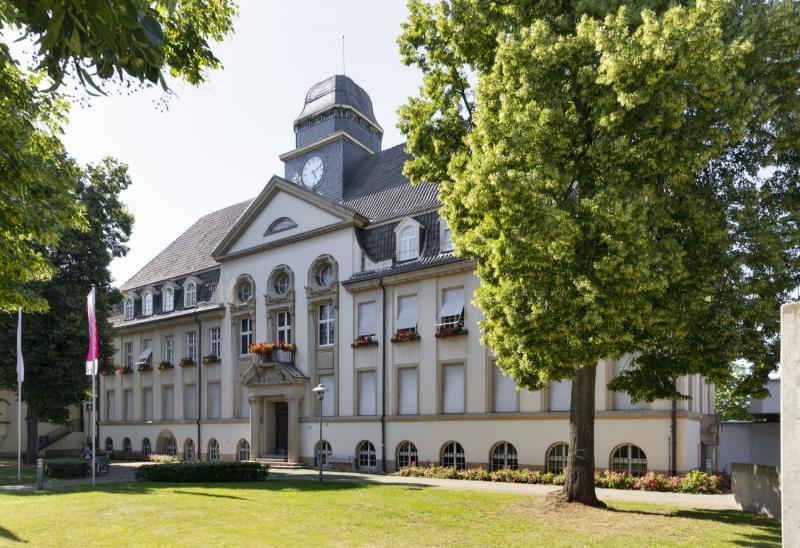 The splendid admin building and baths of Zeche Adolf von Hansemann (a pit) no longer reminds you of the cuts and bruises that went hand in hand with the beginnings of this pit in particular. In order to participate in the start-up boom of the Dortmund mining industry, in 1857 a company to extract the Mengede coal fields was formed with French capital. However, no pit was built then, as not long after the foundation the Ruhr mining industry suffered from a huge downswing.
The project was only restarted in 1873, now by Berlin-based Disconto-Gesellschaft, whose boss, Adolf von Hansemann, lent the pit its name. The same year the first shaft was sunk but the odd water inrush killed and injured some people and the work had to be stopped again and again. Only in 1896 was the first coal extracted. The long preliminary work had exhausted the company’s means, so that in 1899 the pit was acquired by Union AG für Bergbau, Eisen- und Stahlindustrie and in 1910 by Deutsch-Luxemburgische Bergwerks- und Hütten AG. When the operations were streamlined, in 1938 the entire extraction was done via the two new Gustav shafts. The old pit served as an external pit until it was closed down in 1967.
The core of the surface facilities is formed by the admin building and baths, which had developed from the conversion of a boiler house. Architects Dietrich and Karl Schulze created a building in the brick-Gothic style. The shaft 1 and 2 machine sheds and a gatehouse from the 1920s are also extant.
In May 2000, the pit was converted into a training centre in which scaffolder apprentices receive outplant training. It is the third and largest facility of its kind in Germany that allows training provided within the framework of the German dual education system here.