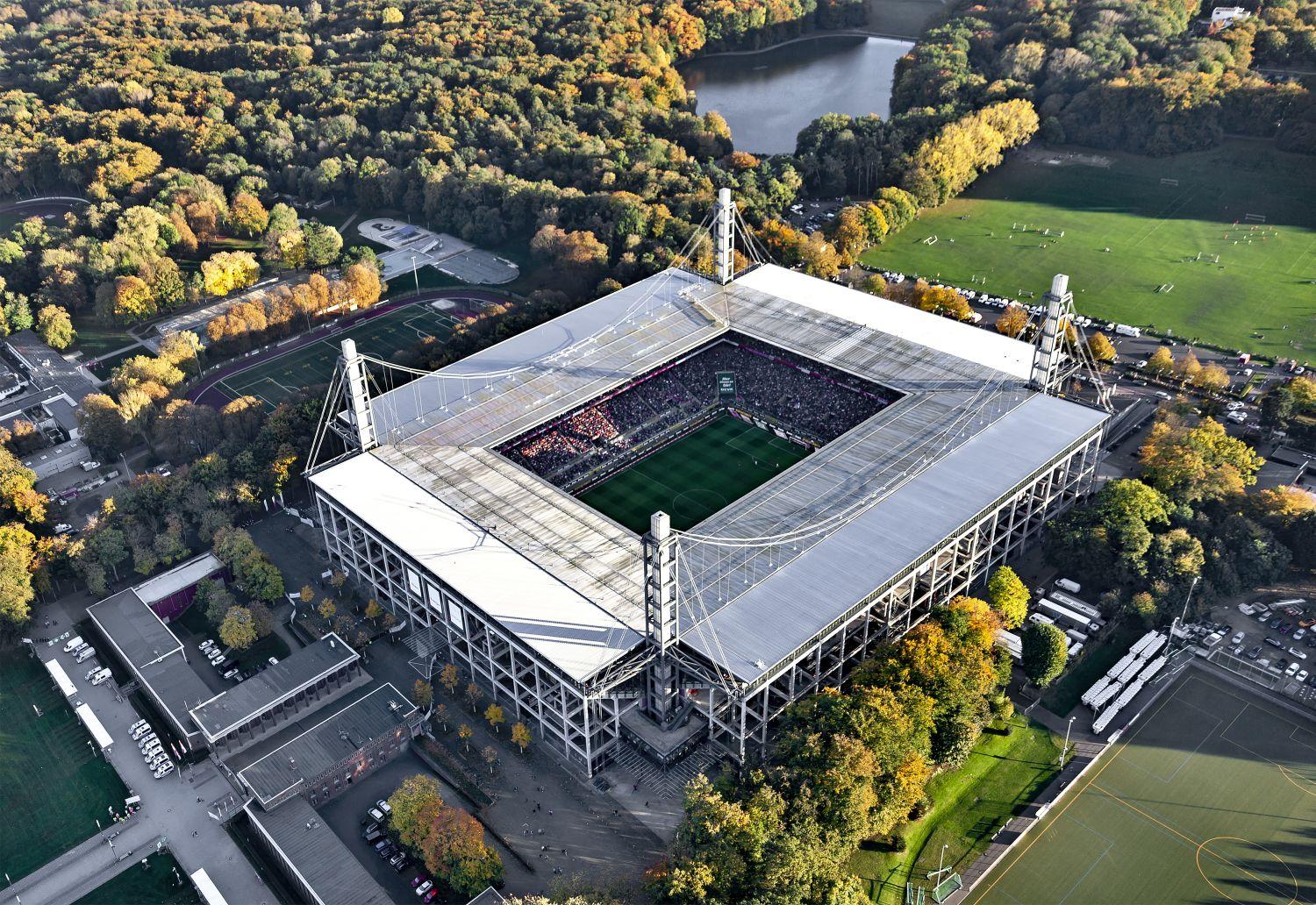 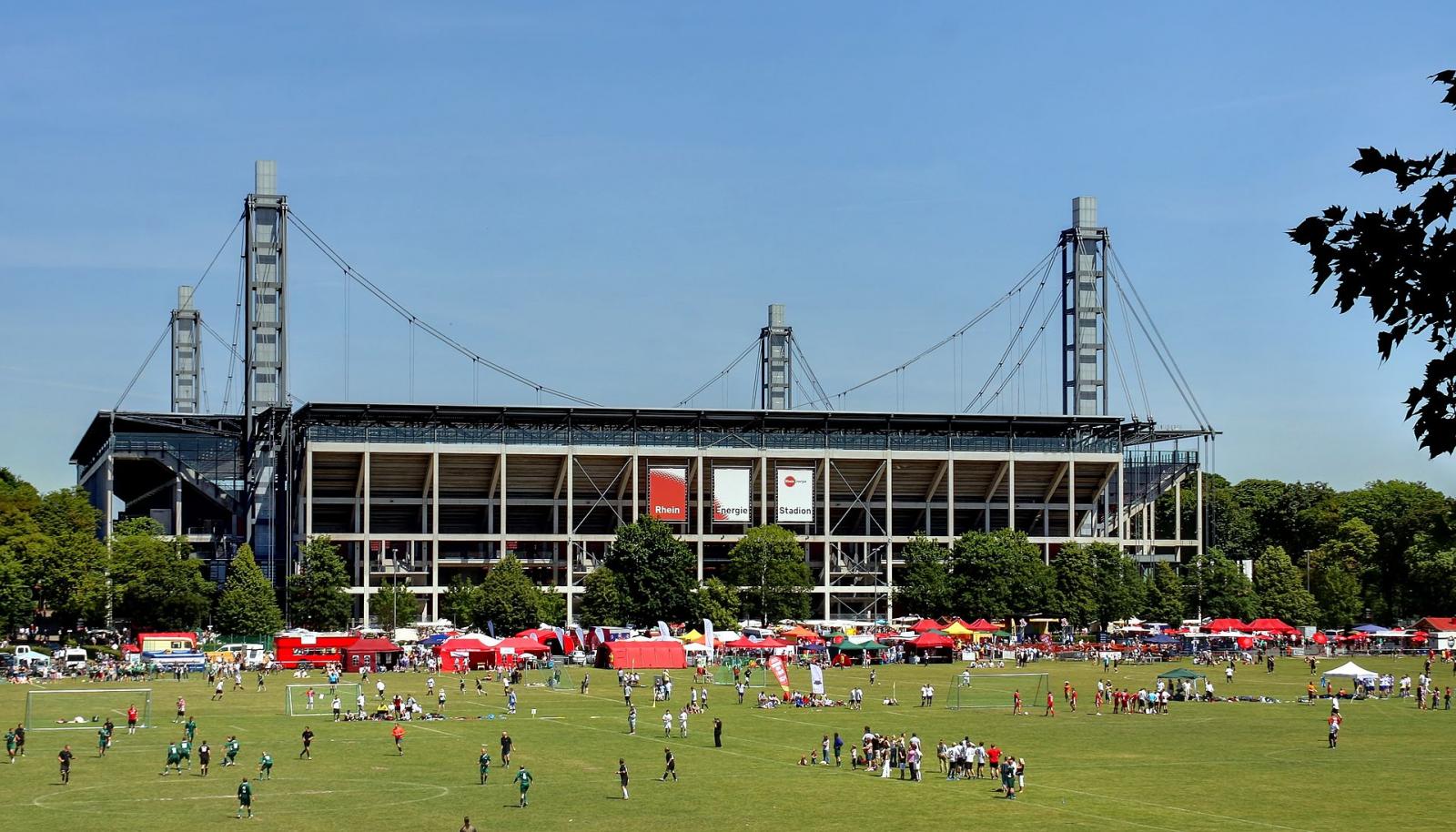 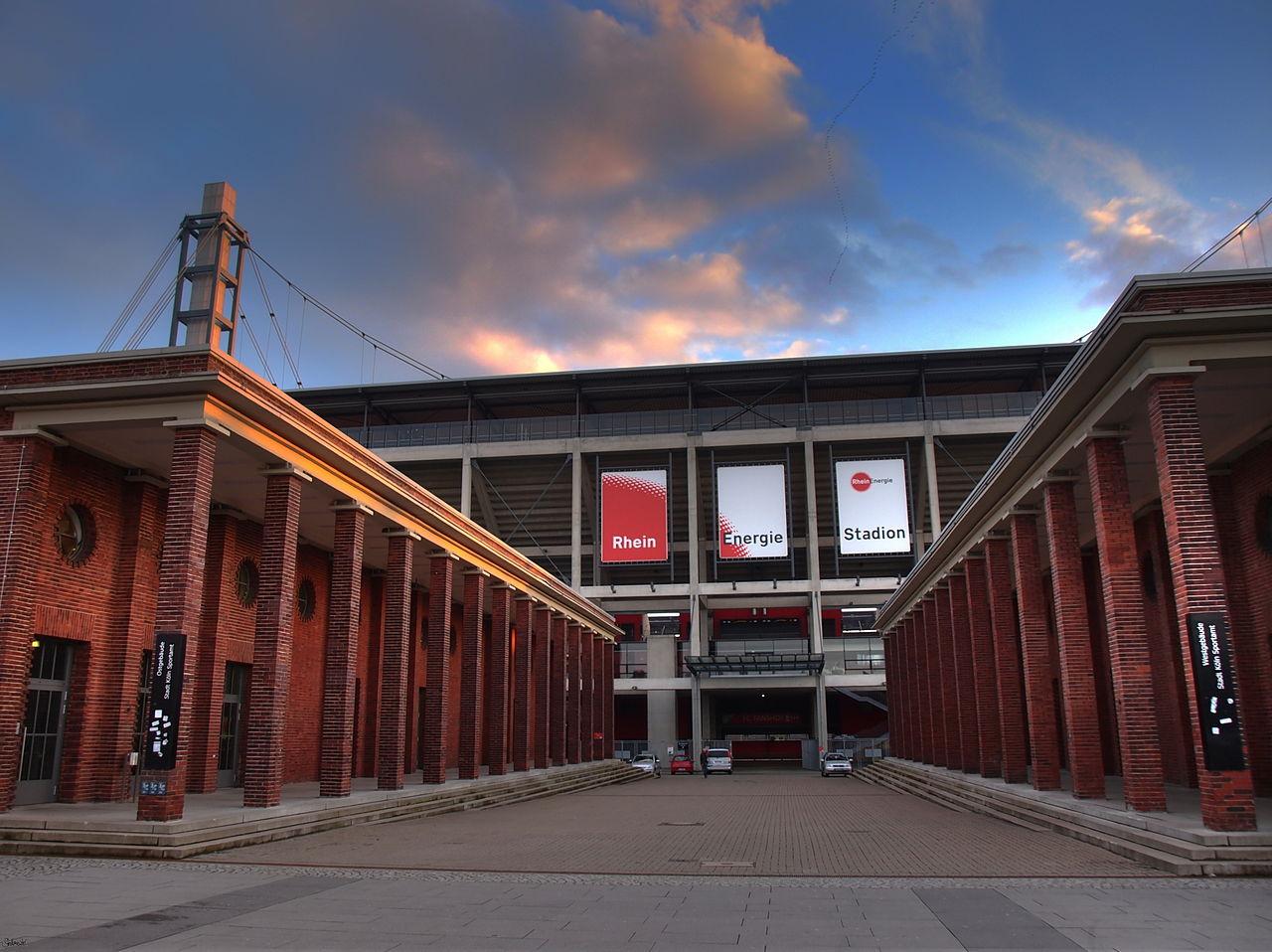 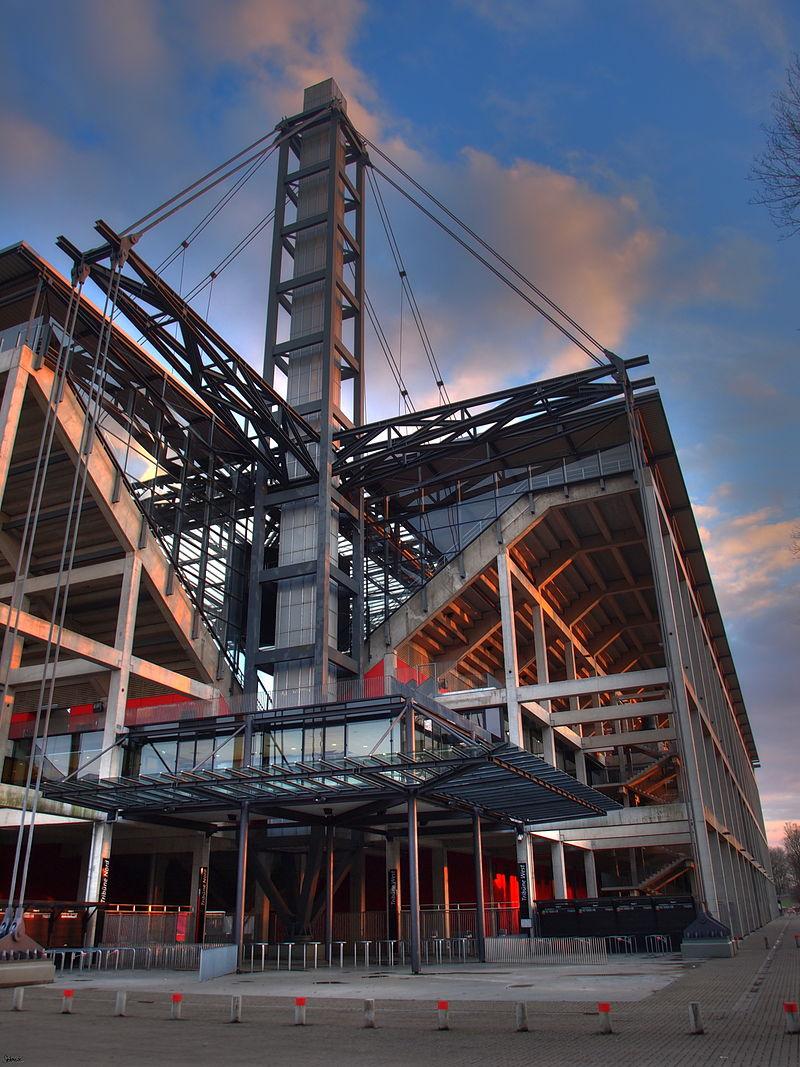 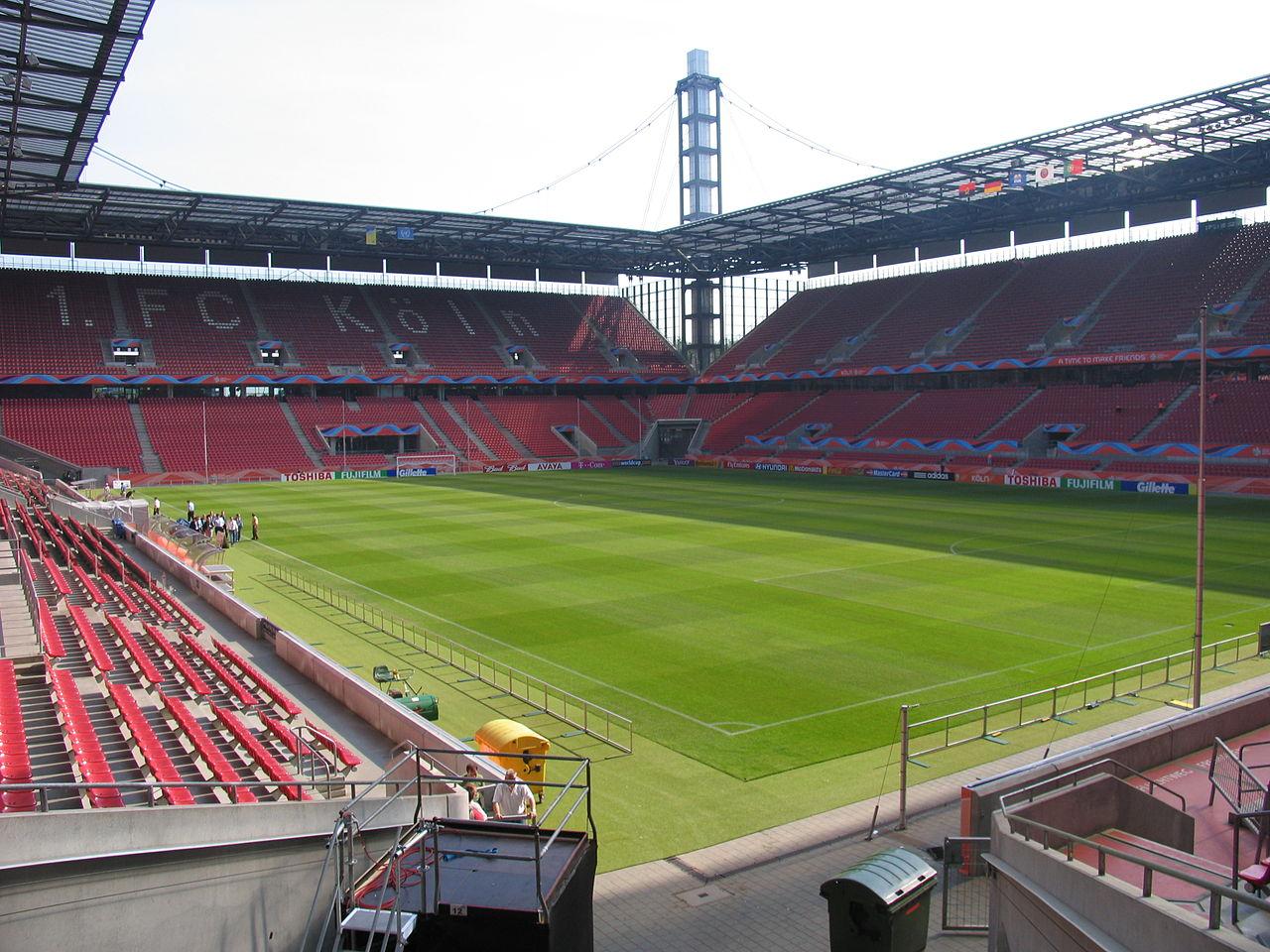 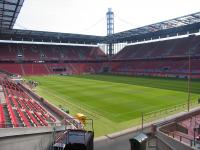 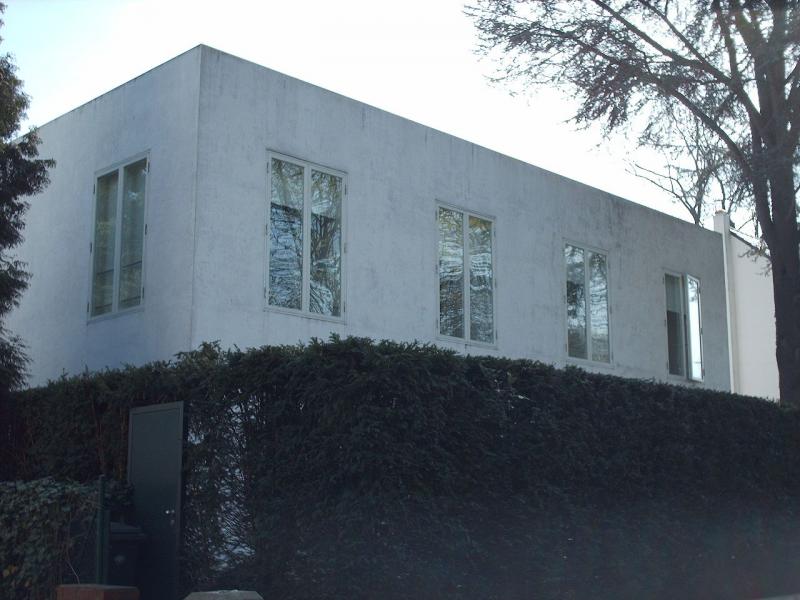 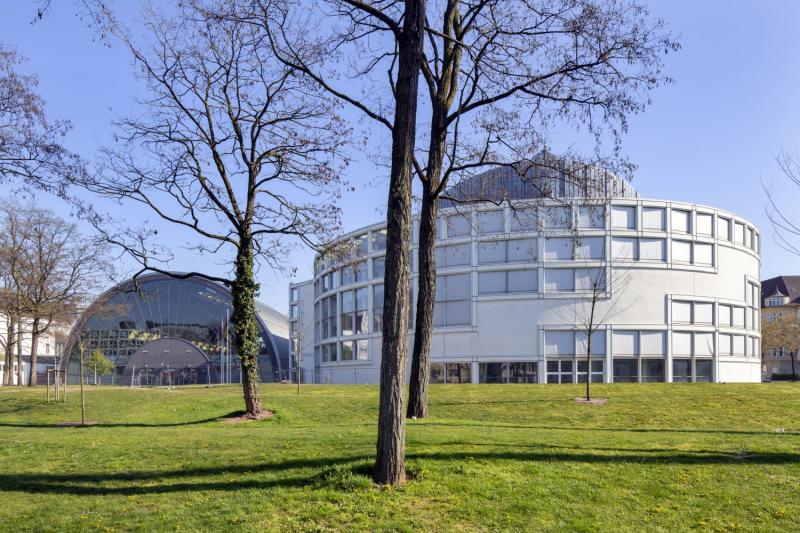 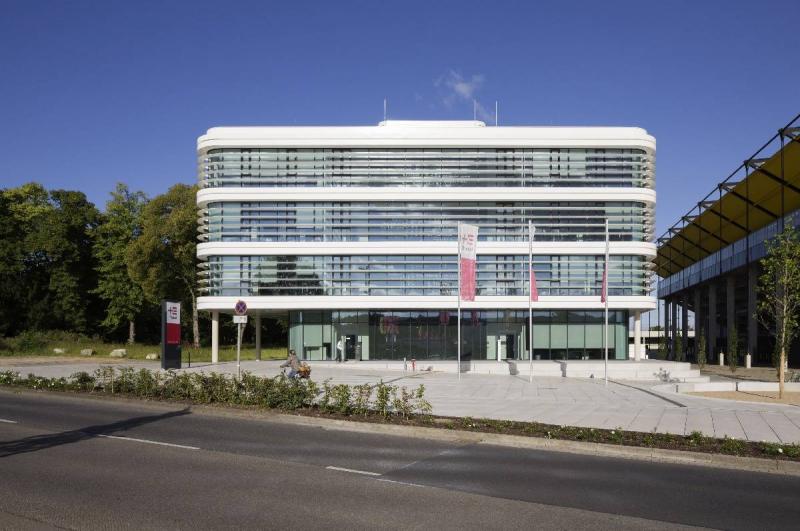 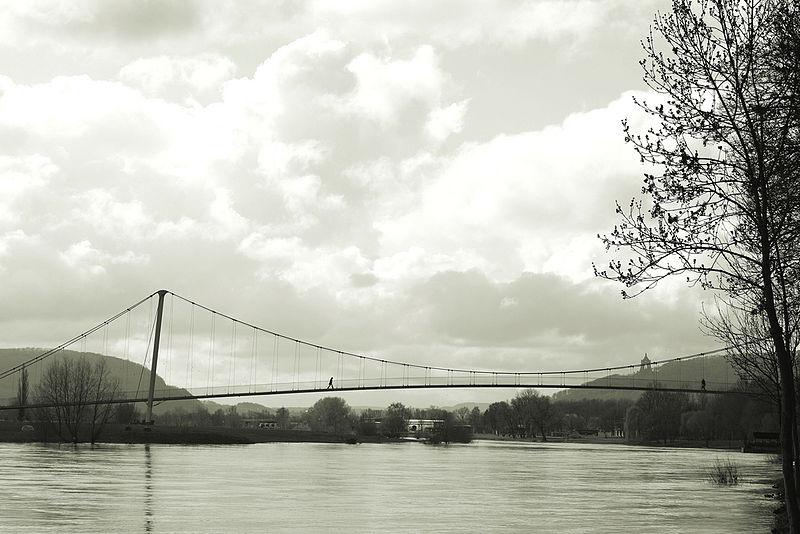 Between 2002 and 2004, the old Müngersdorfer Stadium was gradually turned into a multifunctional venue. Beginning with the south stand, the four stands for a total of 52,000 spectators were demolished and rebuilt clockwise..
The listed and core-redeveloped brick colonnades at the former marathon gate will remain an important part of the complex. In conjunction with the axially erected light steles, they accompany the spectators from the tram stop to the stadium and sort of frame their first glimpse of the inside.
The four 60 m high corner towers lend the now rectangular sports complex its singular features. For one thing, at night their light makes the stadium stand out from the urban silhouette, for another, they are an integral part of the roof structure. The suspension system works like a classic suspension bridge: two parallel cables transfer the vertical load to the masts at the end of the roof anchored to the outside.
To let the lawn grow unarrested, the roof surface facing the stadium’s inside is glazed, the other side remains closed. Beneath the suspended structure, the precast stands are borne by an open, clearly structured and visible concrete frame.
All infrastructure is integrated in this frame. The stadium control room aside, these are the rooms for fan projects and the 1.FC Köln’s ( a Cologne football club) admin, the VIP lounge and the boxes.