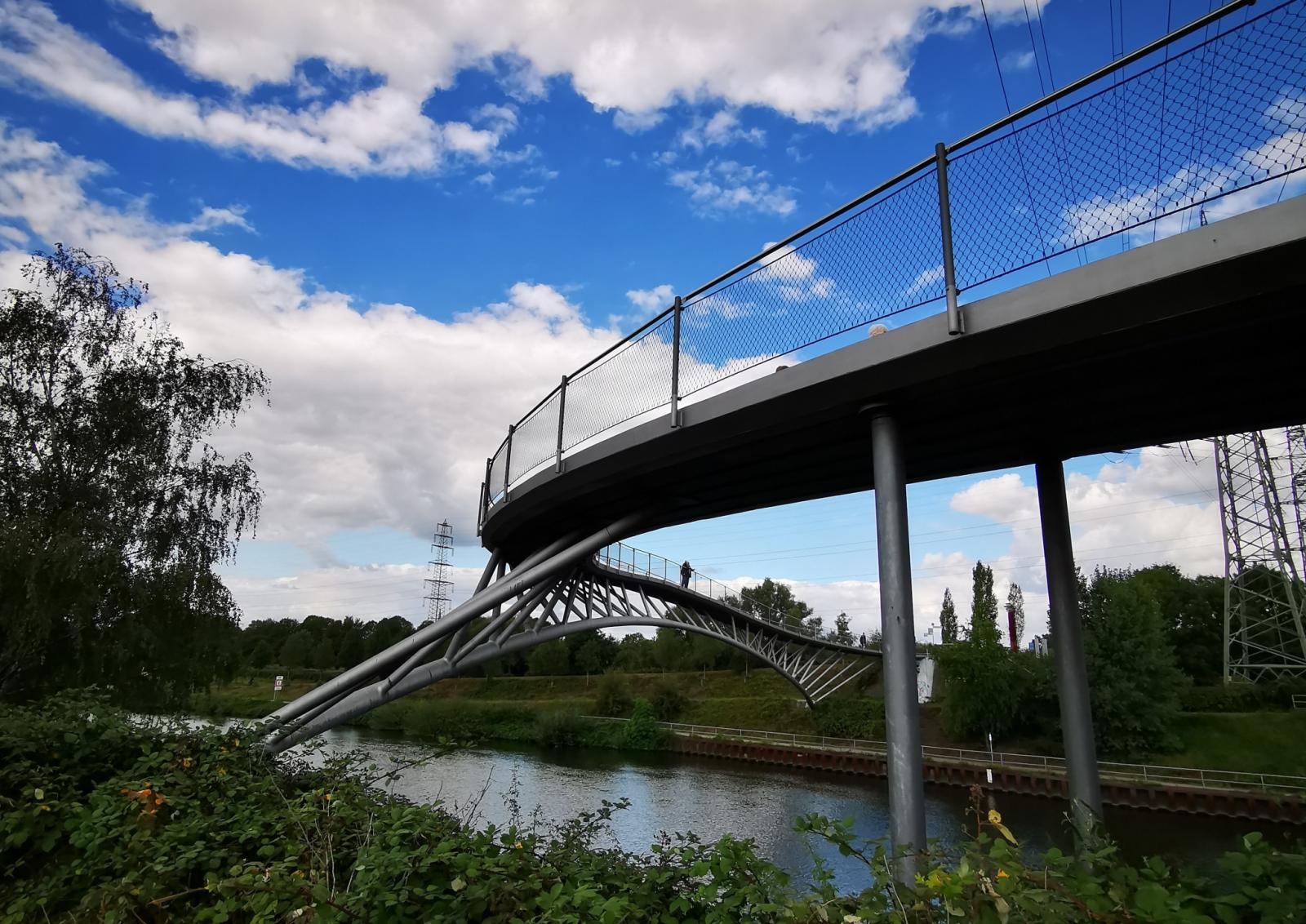 Bridge with supporting structure over the Rhein-Herne-Kanal 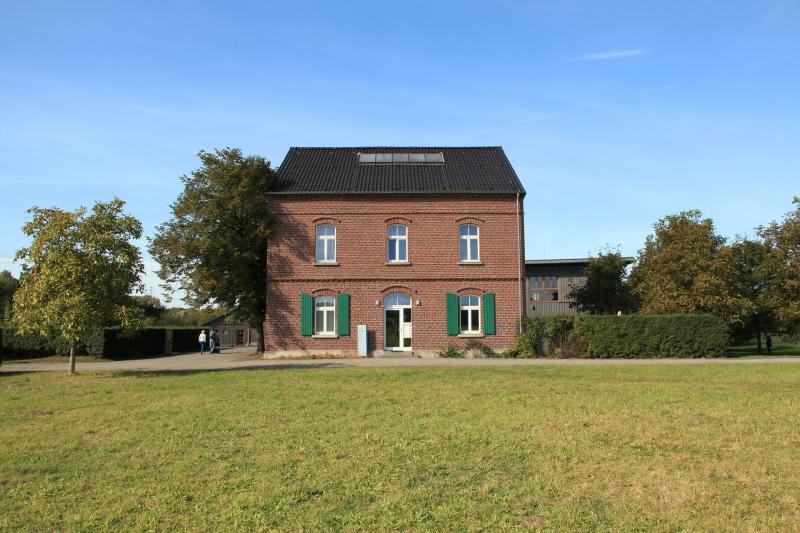 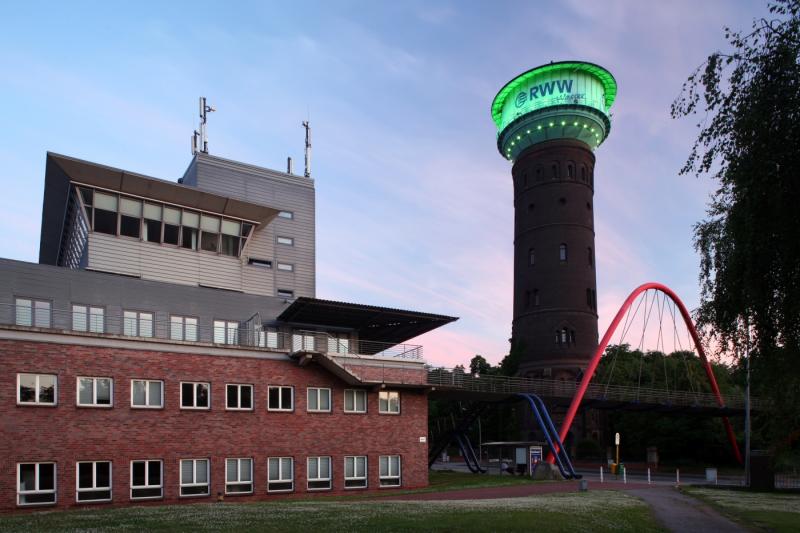 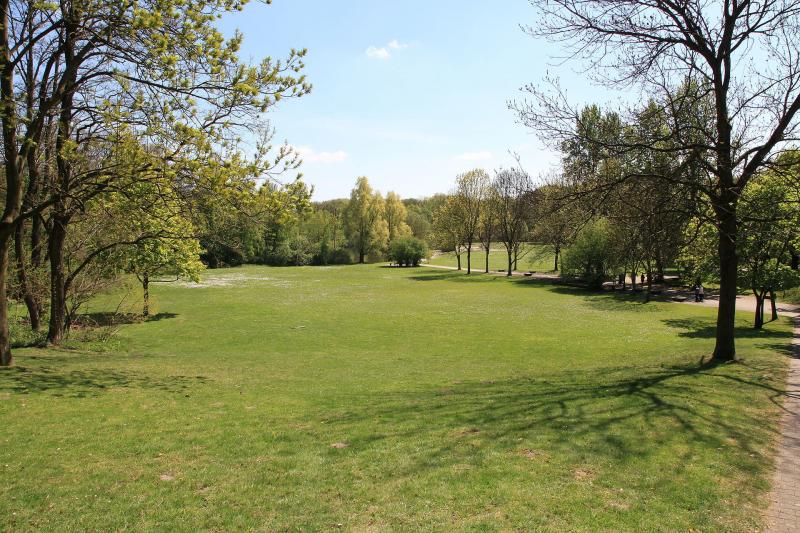 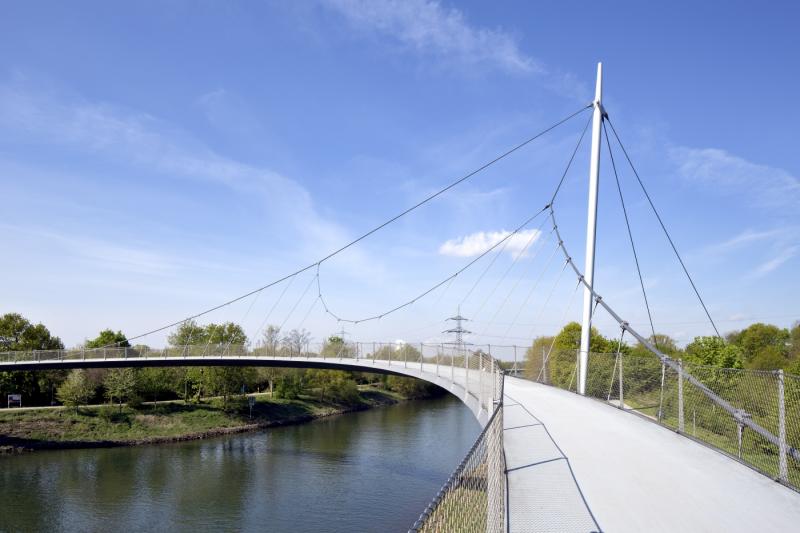 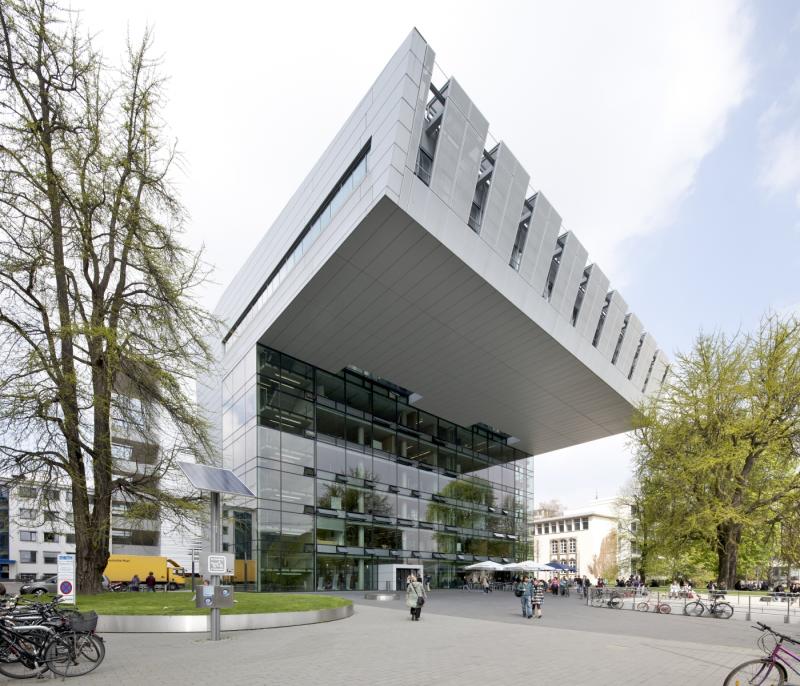 New bridges for pedestrians and bicycles at the heart of the Ruhr area, i.e. along the River Emscher and the Rhein-Herne-Kanal, were built within the framework of an IBA Emscher Park pilot scheme. The Ruhr area is a region the discovery of which is worth its while again after no heavy industry can no longer be found here and which offers a lot of space for various ways, literally, of getting networked and developed.
Very near the small wood Ripshorst in Oberhausen a special bridge was built across the canal in accordance with plans drawn up by the Jörg Schlaich architects’ office in 1996 and opened in 1997. It is a bridge for pedestrians and bicycles accessing the Emscher Landschaftspark. A former company railway bridge’s foundations were used to accommodate the new bridge, and the new structure fits into the surrounding scenery without “getting lost” in it.
The arched beam bridge is 130m long and 3m wide. The arch’s space curve forms the support for the superstructure’s curved pavement slabs. In the main, the bridge consists of precast steel units. A special feature are the joints made of cast steel.
The building appears to be rather fragile. When crossing it, its oscillations are transferred onto the pedestrian and one sort of feels the structure’s lightness.