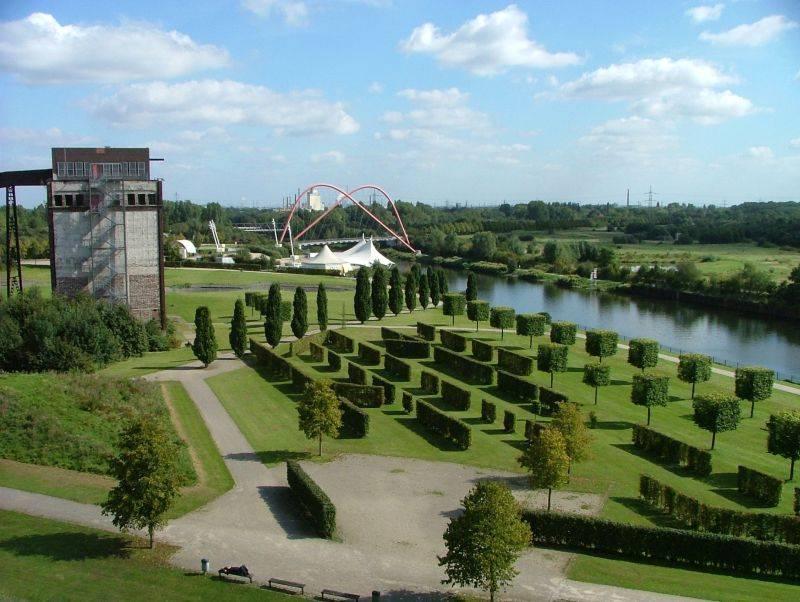 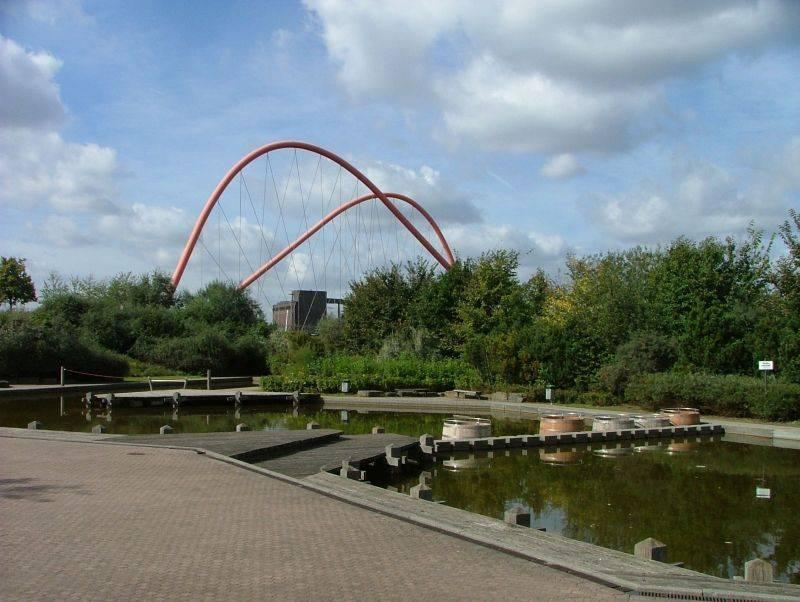 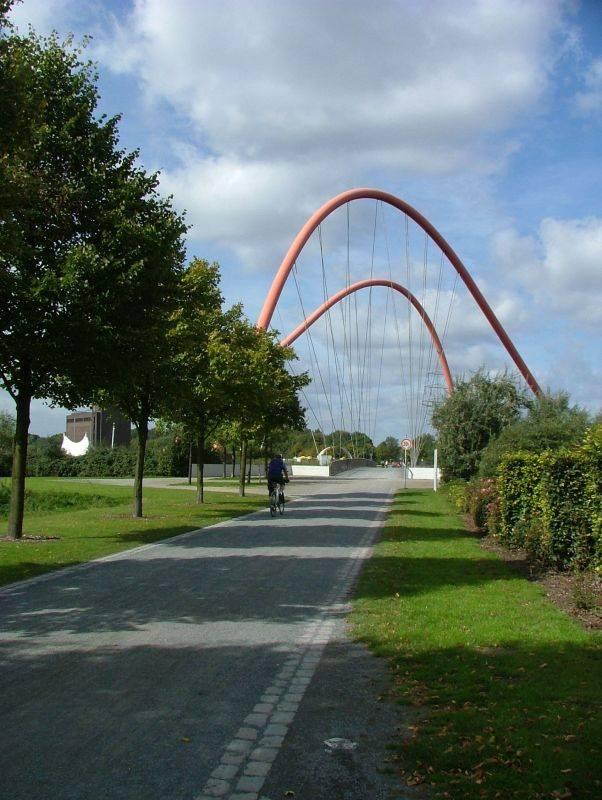 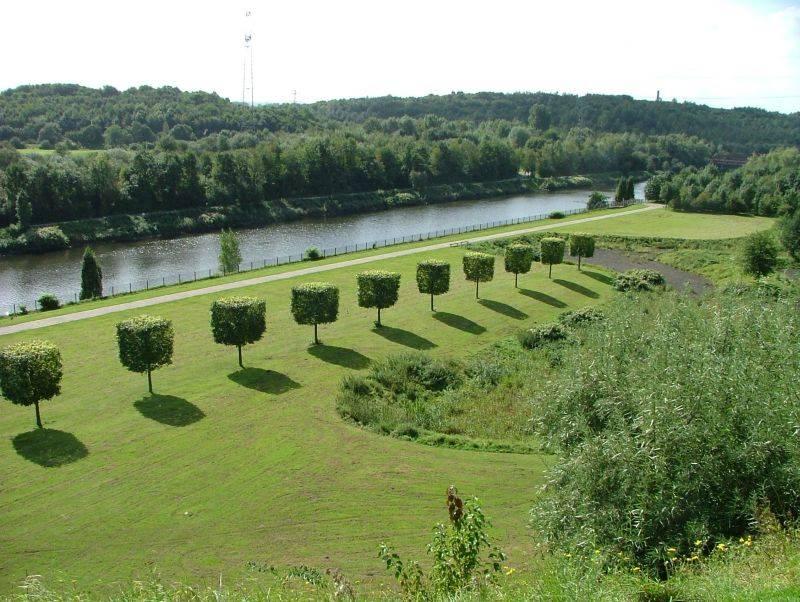 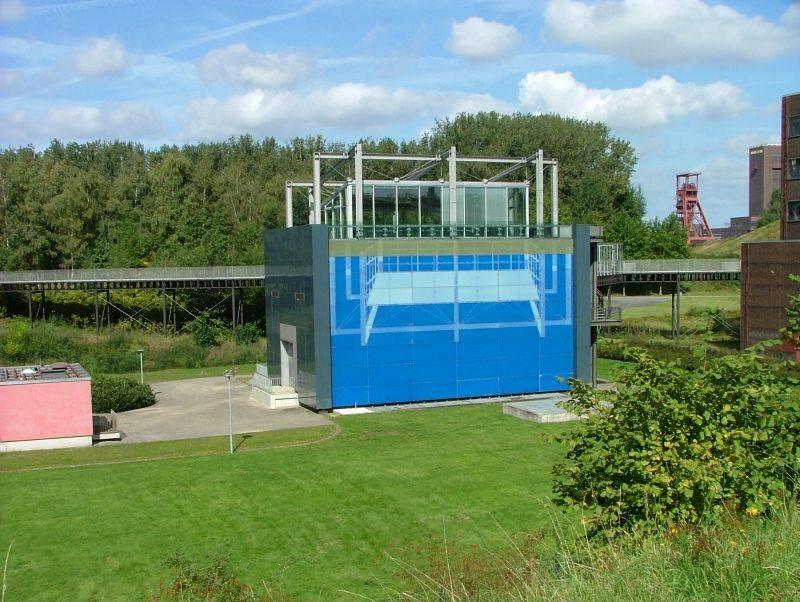 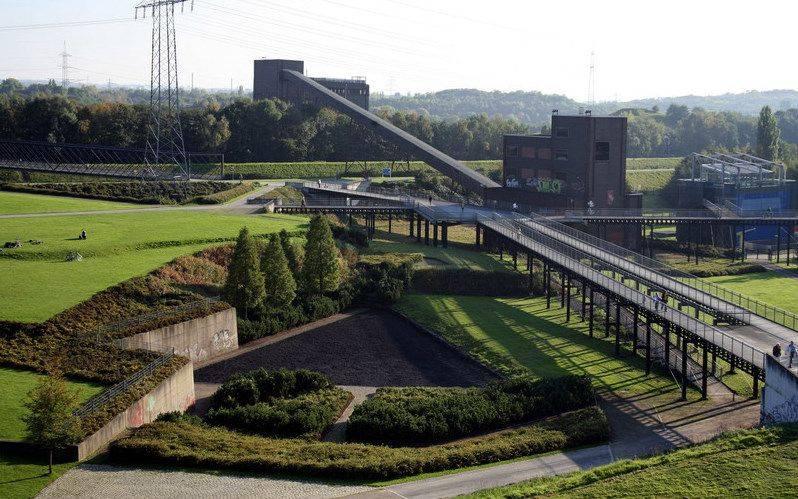 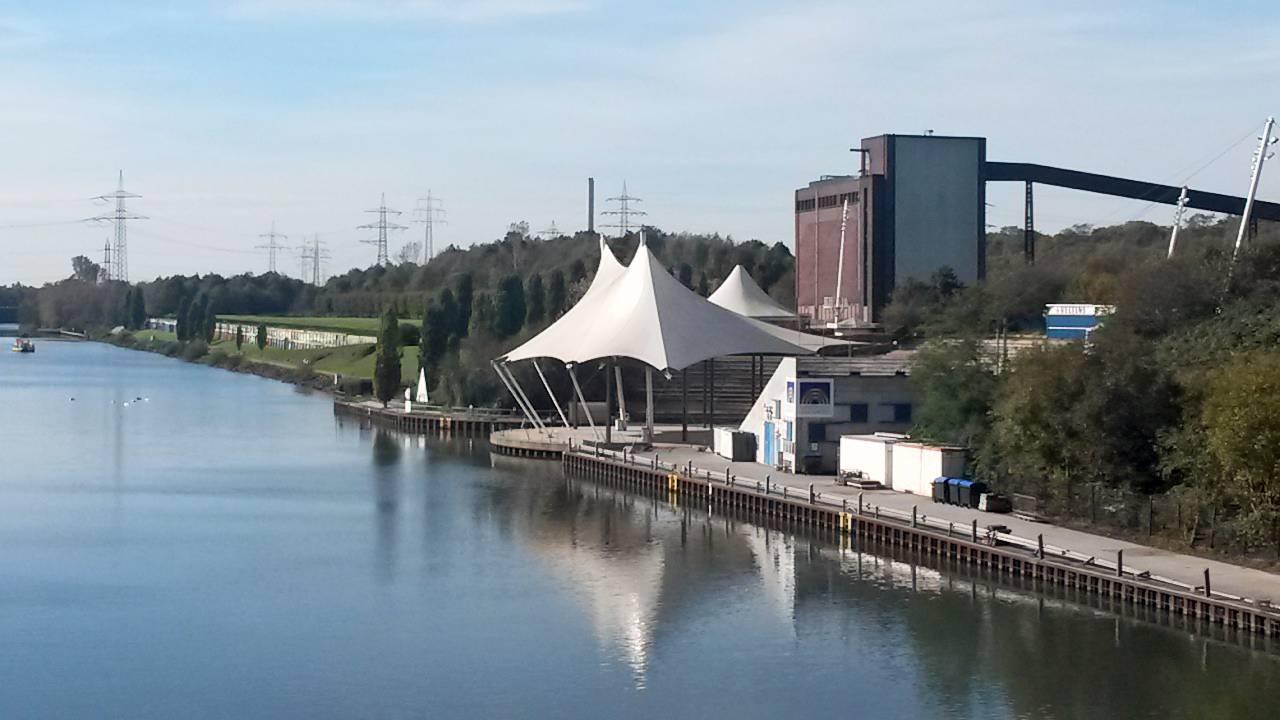 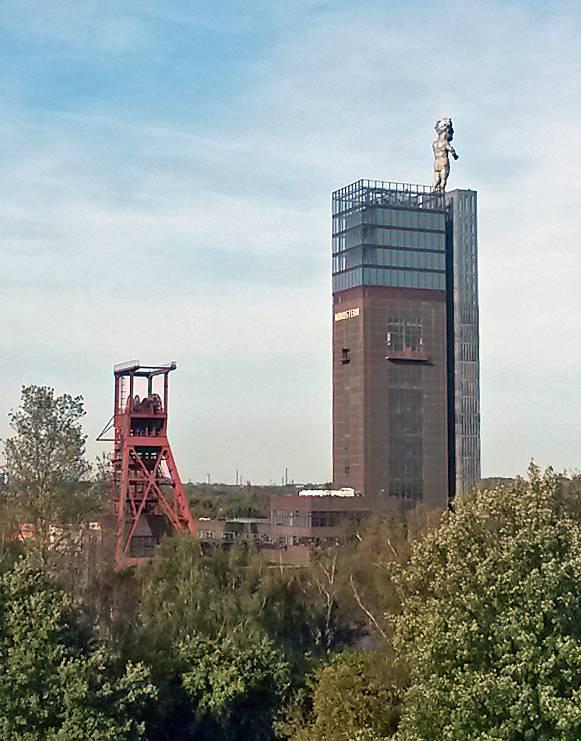 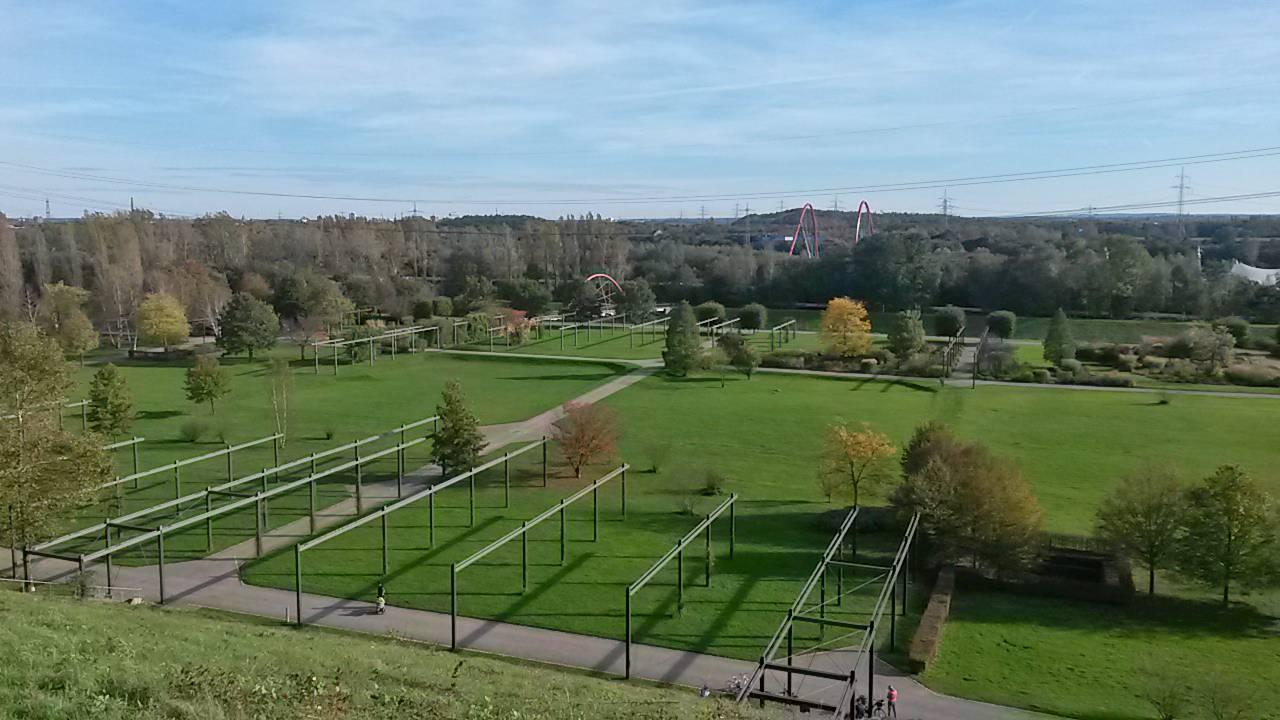 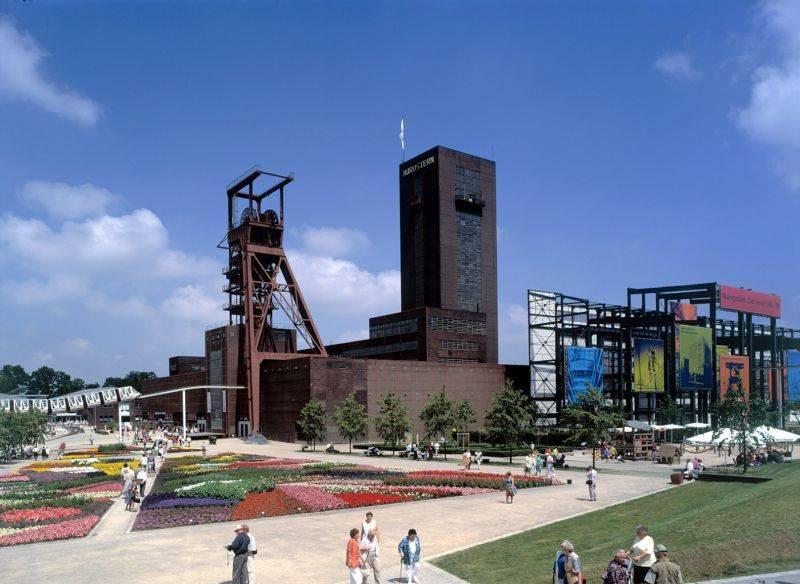 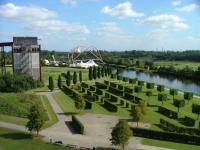 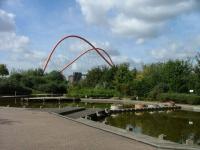 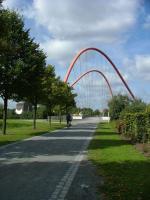 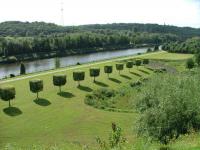 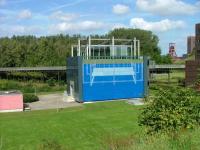 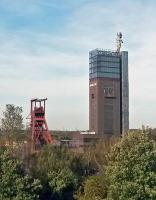 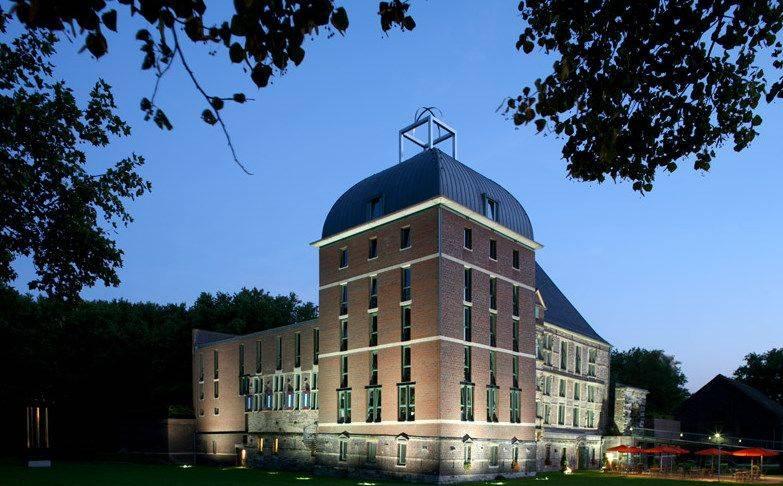 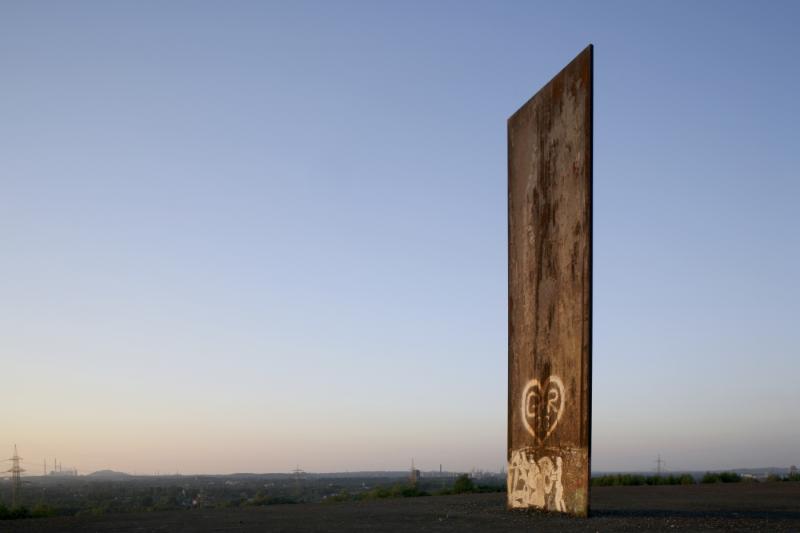 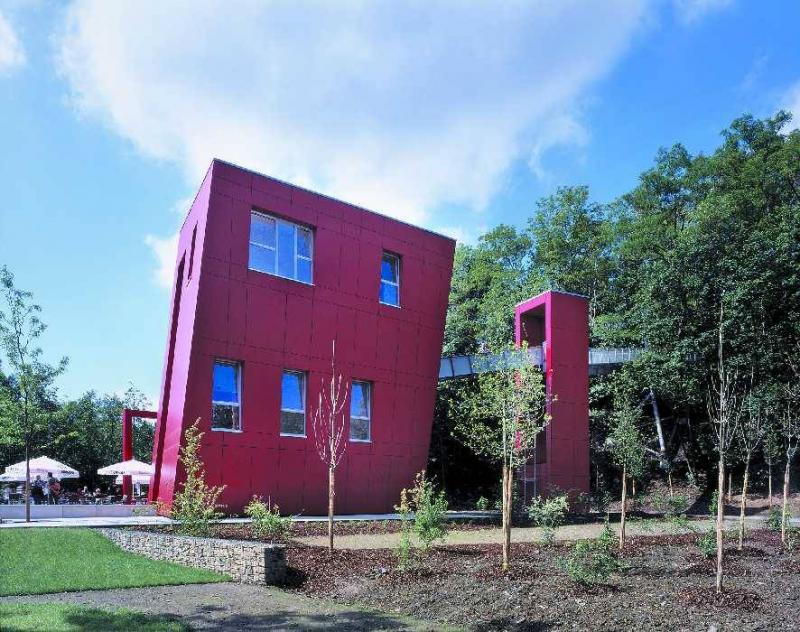 The Bundesgartenschau 1997 made possible the conversion of the site of the former Nordstern pit into a landscape park. The special thing about it is that the mining past of the location was included in the park’s design. New orographic conditions were created, buildings maintained and converted. In the former wage building, for example, today we find office space. On the Rhein-Herne-Kanal is an open-air theatre – the “Amphitheater”. The Nordsternpark is freely accessible as a commercial park in the north and a landscape park in the south.
The first extraction of coal in 1840 was a turning point for the previously agricultural area. However, it took another 27 years until in 1867 mining started in earnest. The new pit got a special name. Nordstern, the first pit north of the River Emscher. When the pit had to be closed in 1993 it was indeed the most southern pit of the now very northward orientated mining industry.
In 1997, the first Bundesgartenschau on the site of a former pit was held here. The special thing about it was that the mining past was not cloaked, as it were, but included in its design and presented proudly. Orographic conditions created by heaping up have been maintained and changed like, for example, the “pyramid”, a geometrically shaped hill. After the end of the BUGA, the new landscape park has remained accessible to the public, as has the open-air theatre.
On the site of the park is an interesting building, directly behind the Emscher-Deich: a huge blue cube, Pumpwerk Gelsenkirchen-Horst. On the occasion of the Bundesgartenschau 1997, the Emschergenossenschaft had had their pumping station, in much need of renovation at any rate, covered in blue glass. On the roof is a glass exhibition pavilion seemingly reflected in the pumping station’s facade. The previously rather inconspicuous pumping station is now a highly visible landmark. The facade was designed in accordance with plans by the Düsseldorf artist Jürgen LIT Fischer.