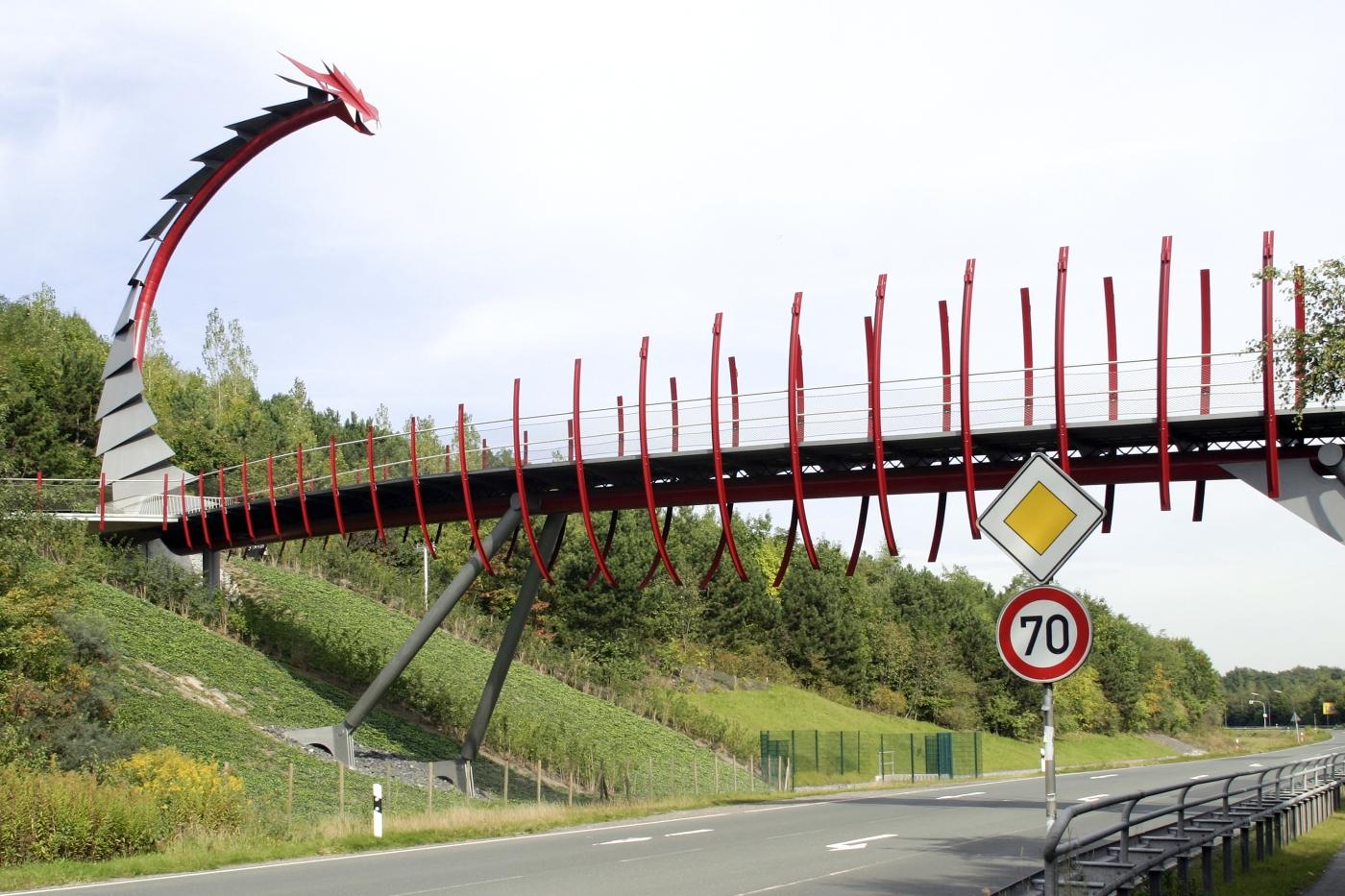 Bridge from the street 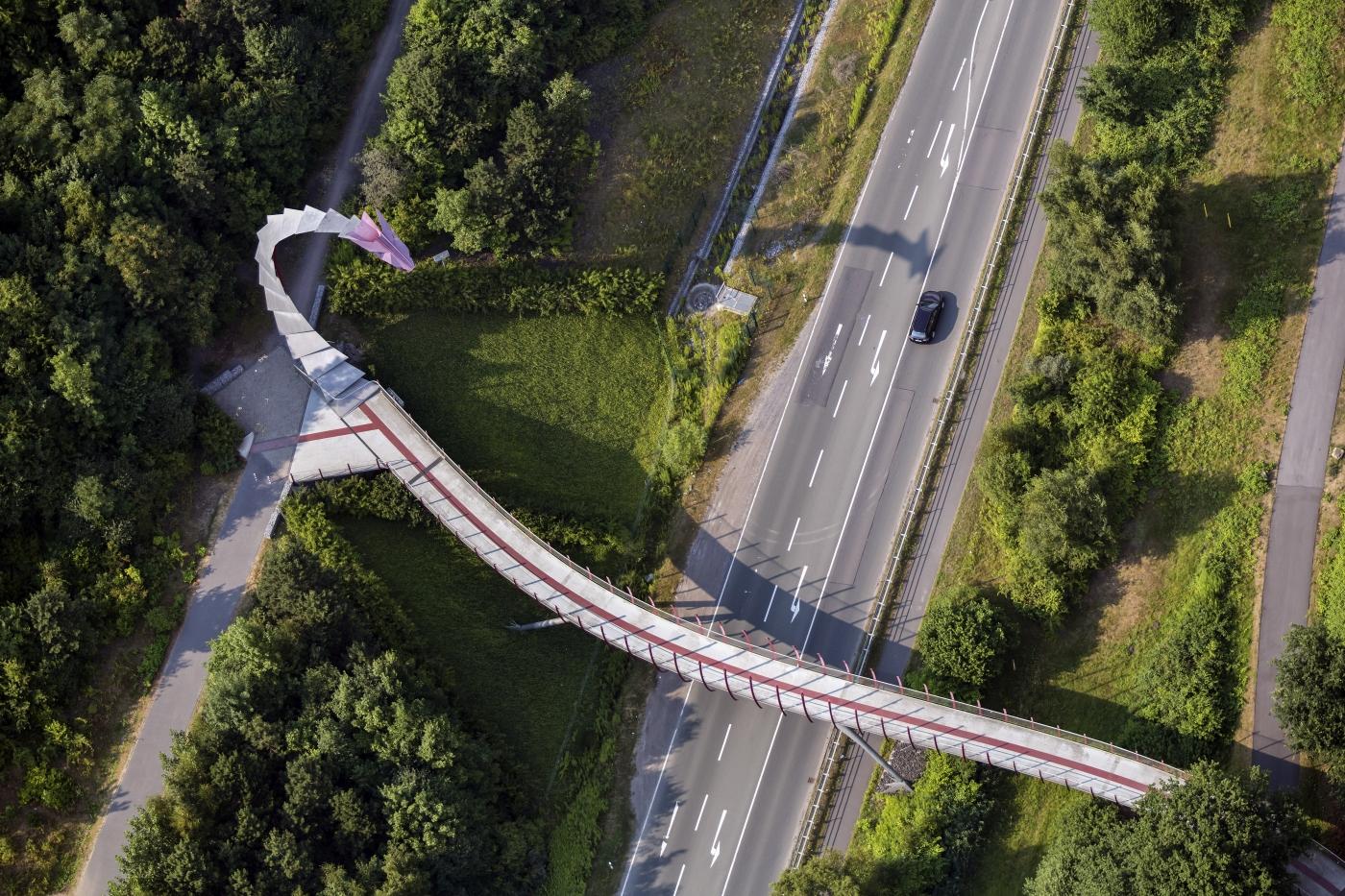 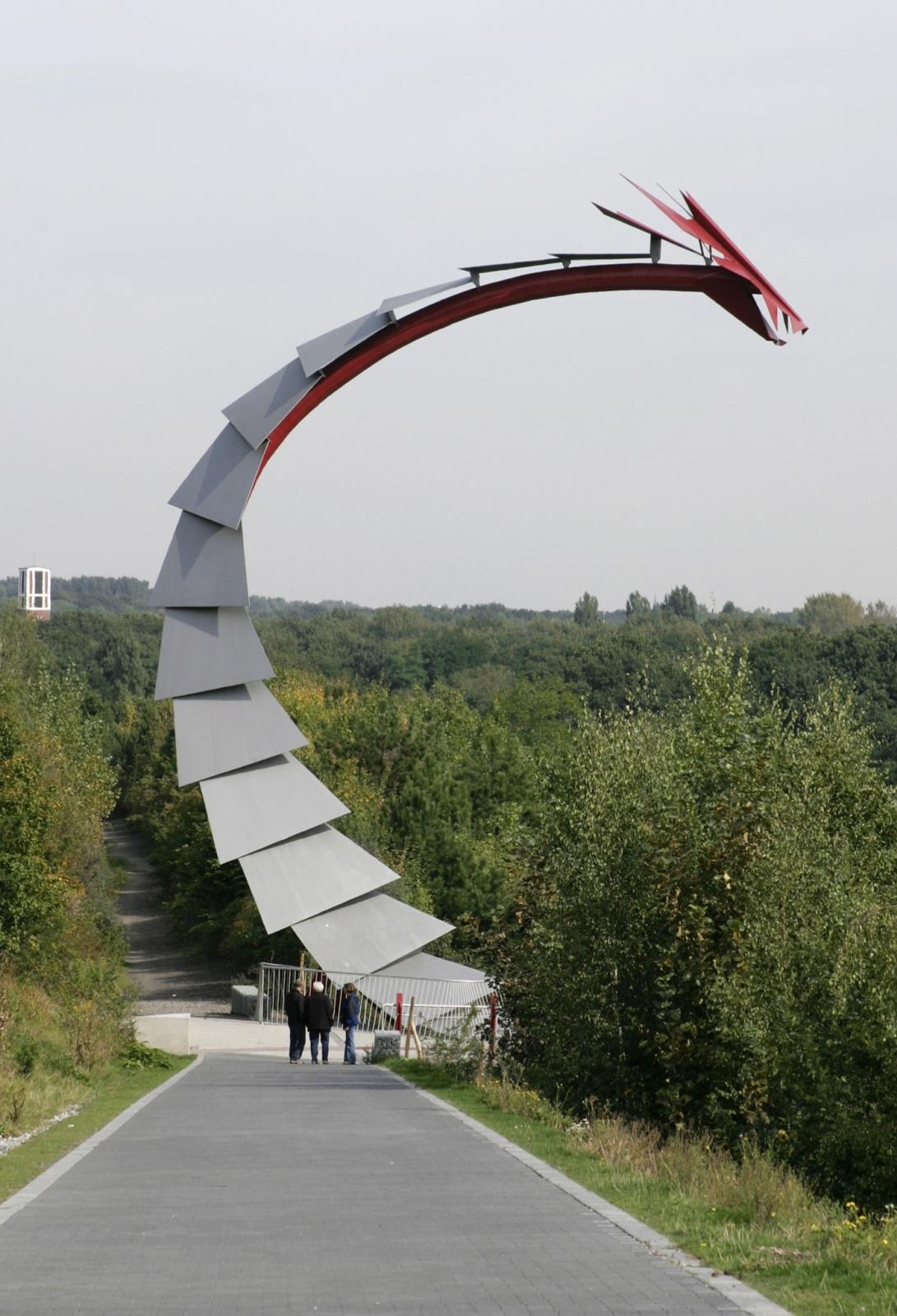 end of the bridge 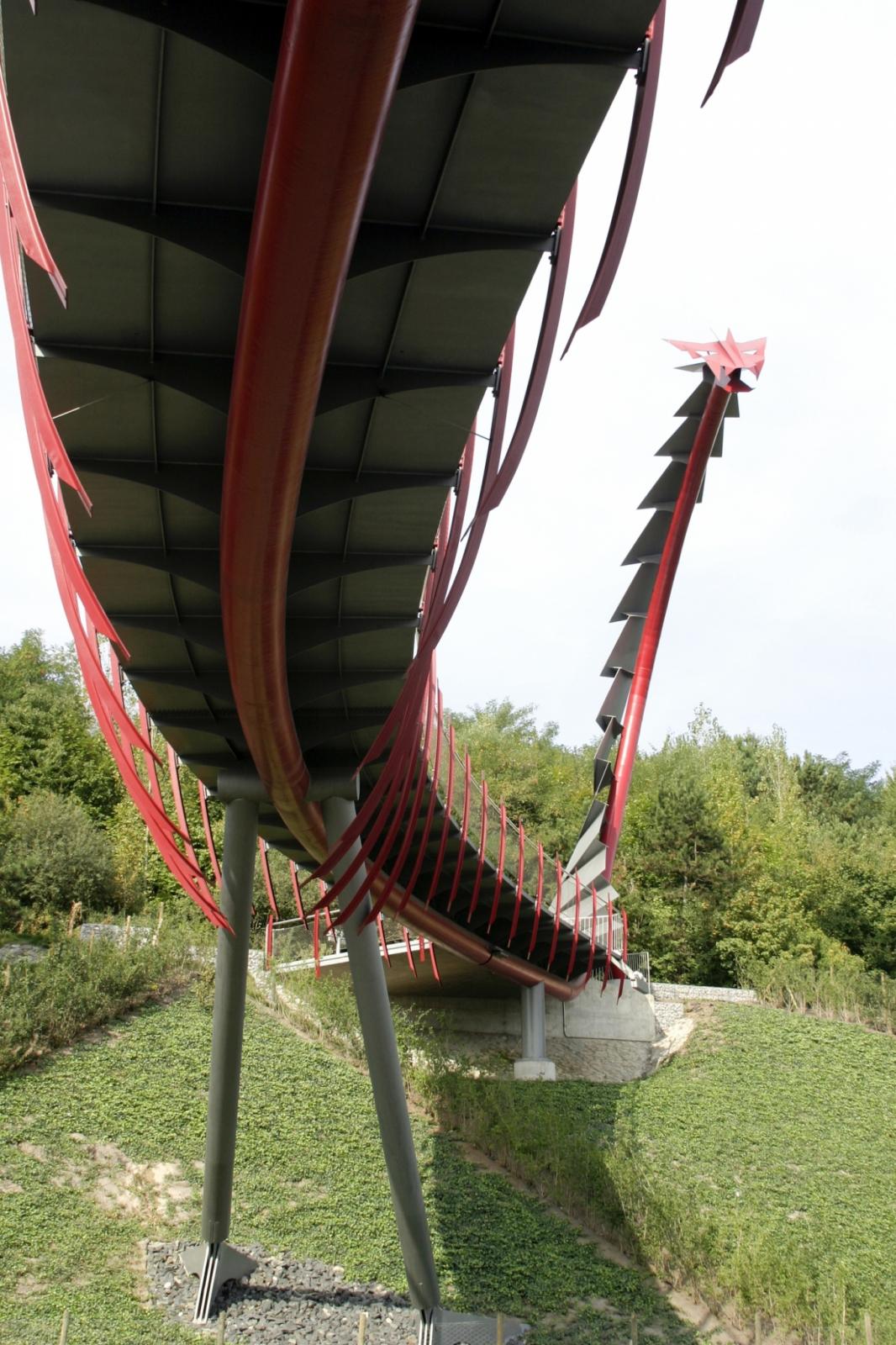 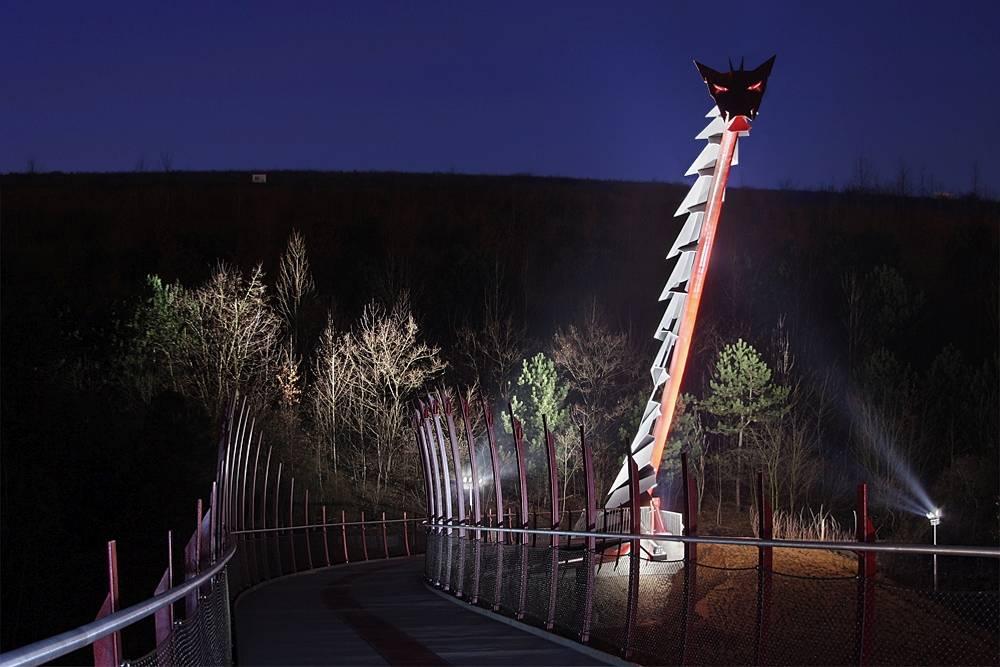 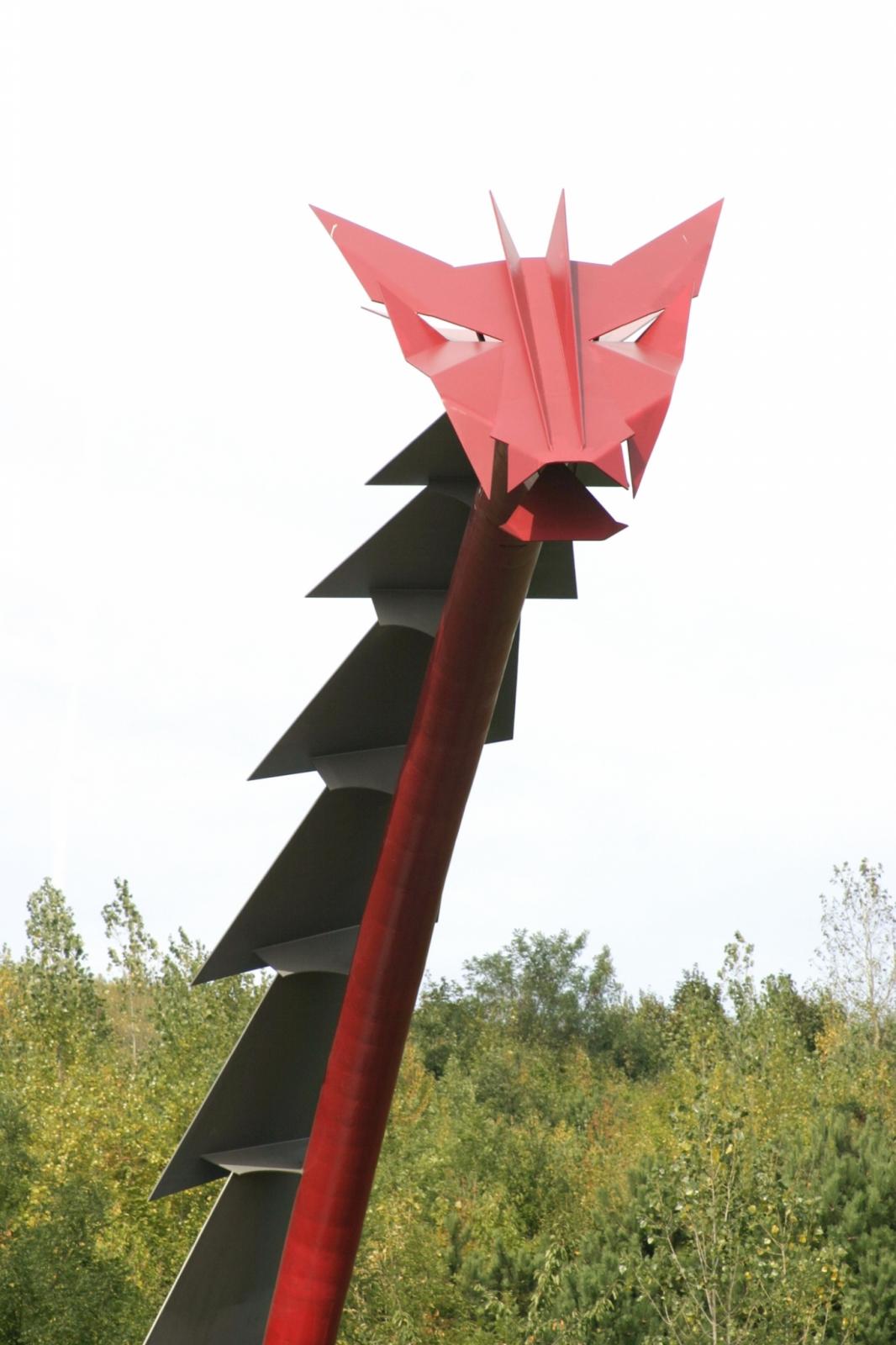 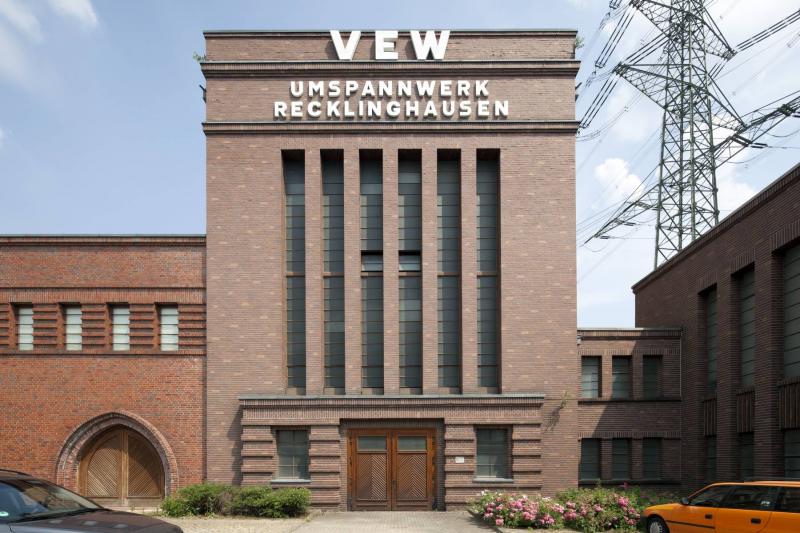 When converting the former Hoheward mining tip in accordance with the “Landschaftspark Emscherbruch – Neue Horizonte“ concept, until the end of 2008 on the top of the tip an obelisk with a sun dial and a horizon observatory will be erected.
To access this tip, Drachenbrücke was built as an expressive structural sculpture which is to draw attention to the tip’s facilities in a playful manner. The dragon was chosen because of the so-called “Drachenpunkte” (Drachen = dragon) in astronomy.
The 165m long foot and cycle bridge sort of meanders from the Recklinghausen Hochlarmark district park to Halde Hoheward. The simple bridge design was completed with a few elements like very extended rail ribs and the dragon’s neck and head extending 18m beyond the bridge level in order to form an abstract image of the mythical creature.
The dragon faces the visitor on the bridge in a 180° turn. The bright-red structure required 198 tonnes of steel.