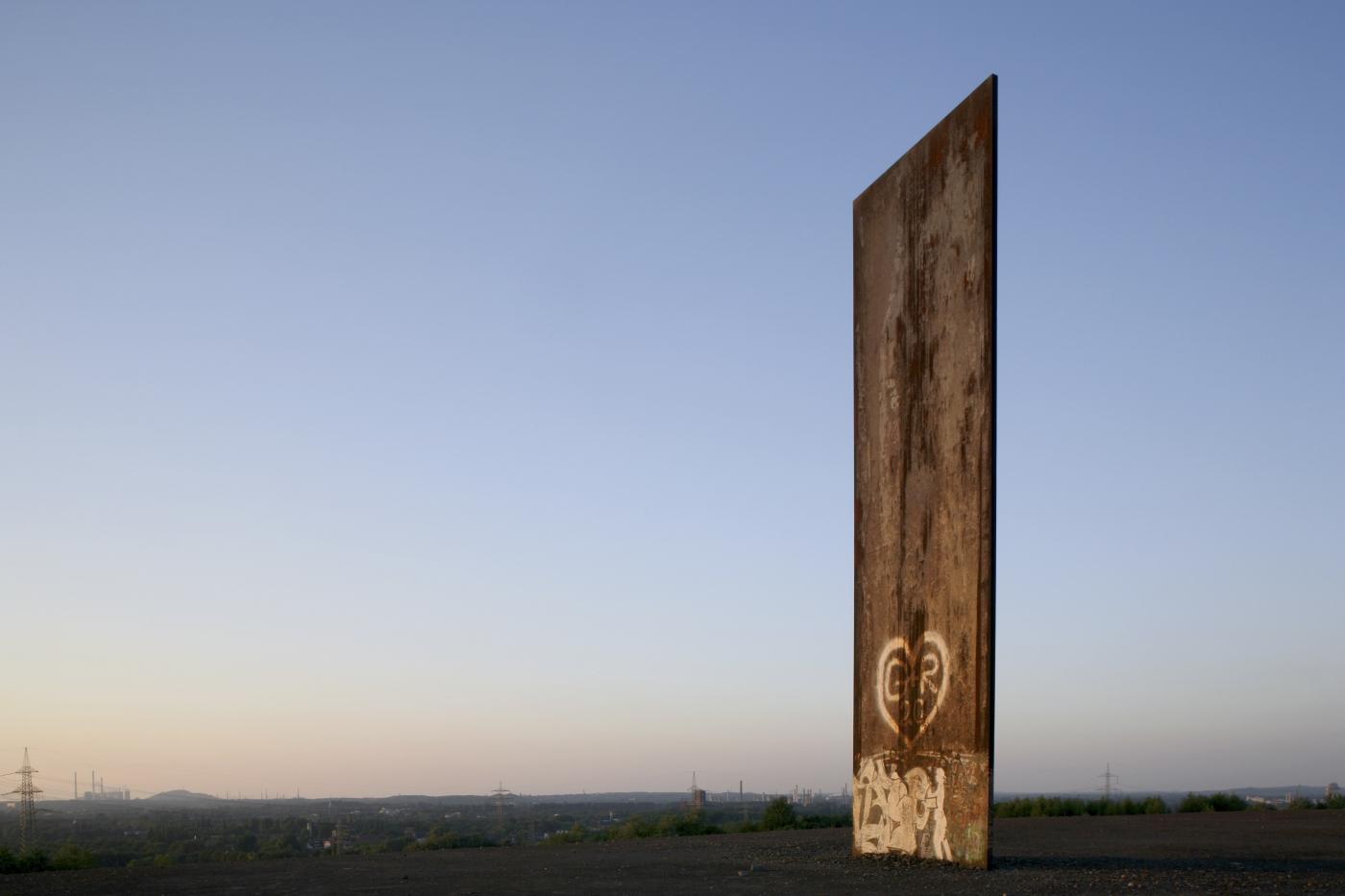 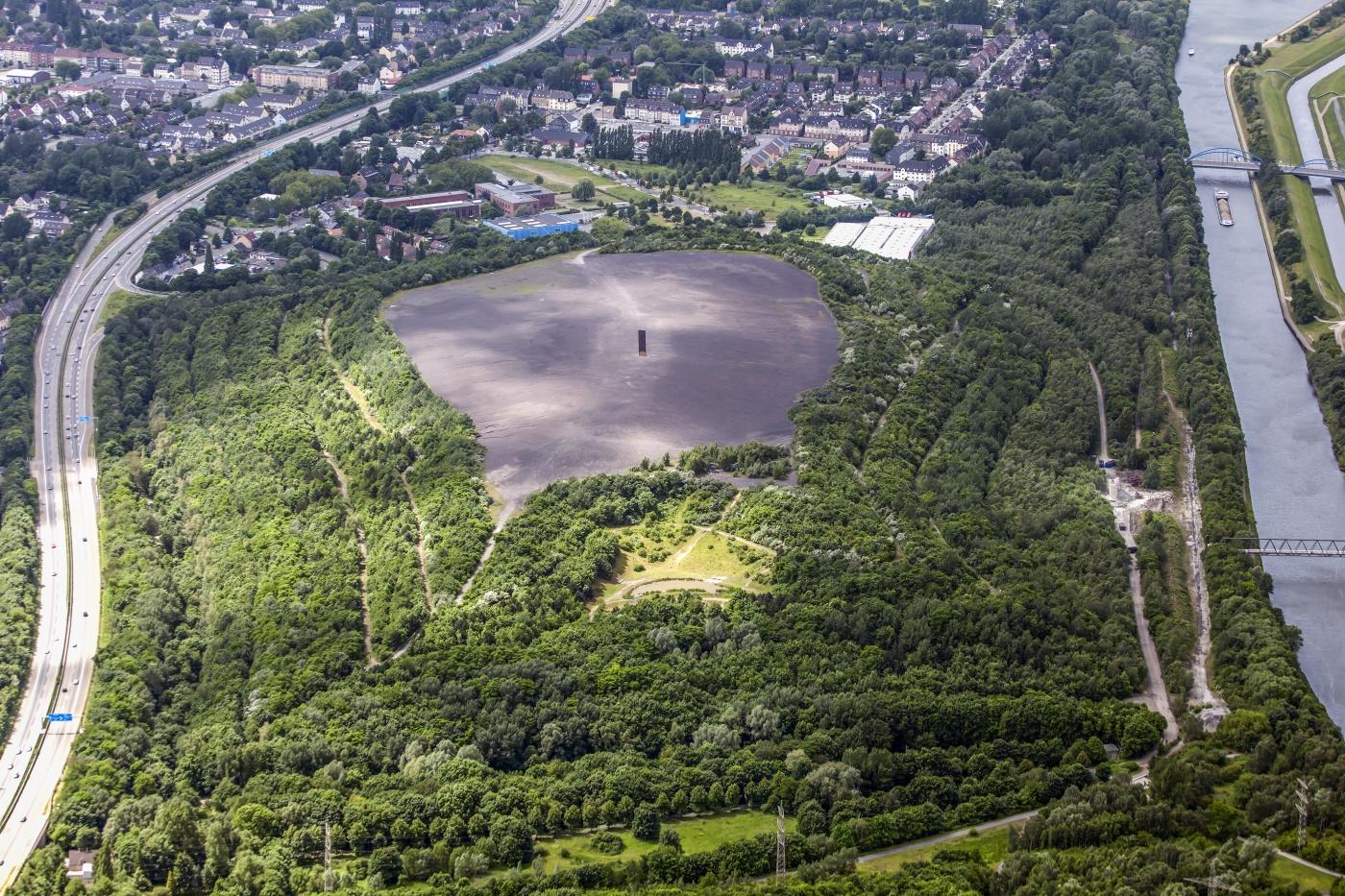 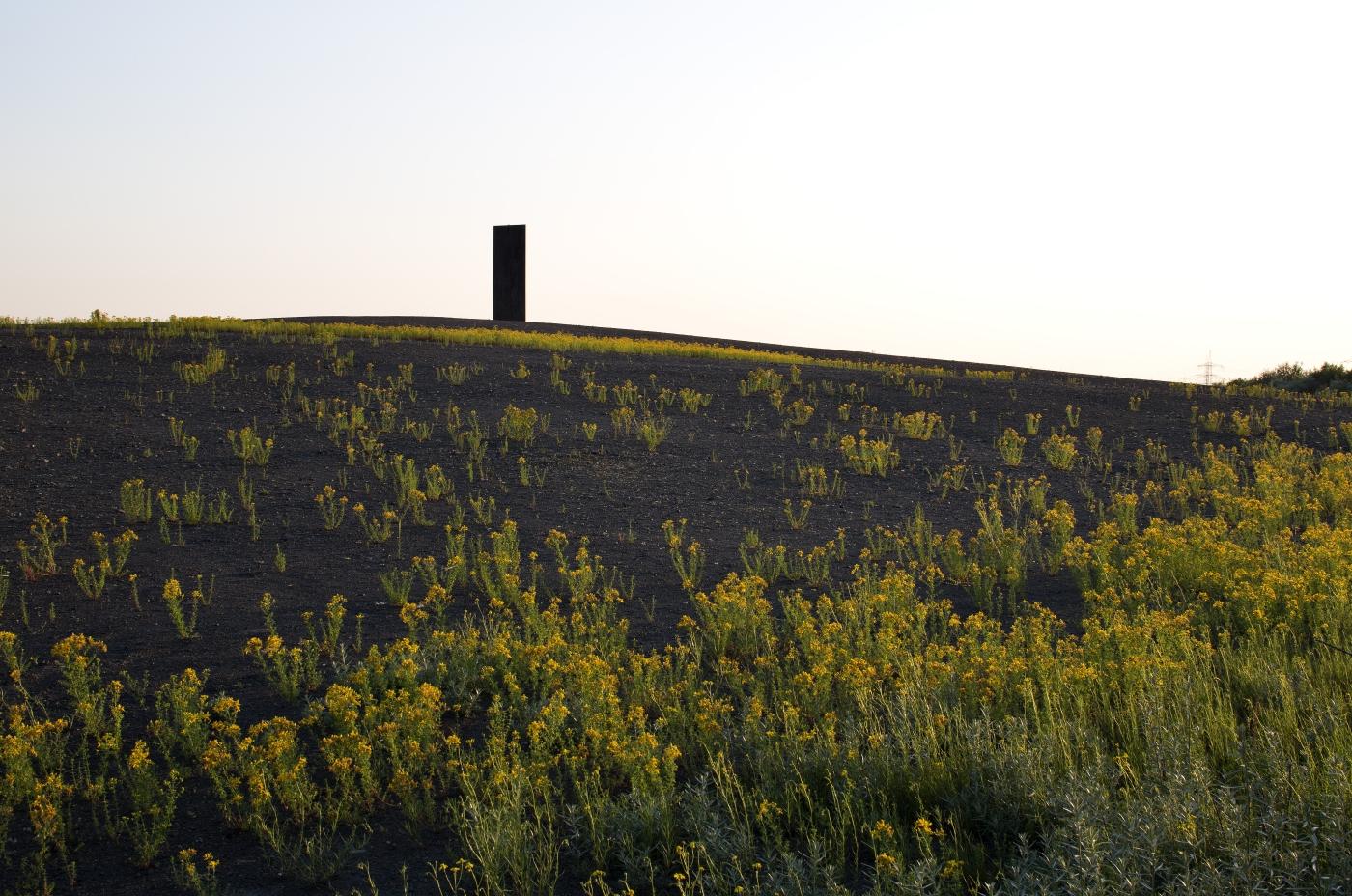 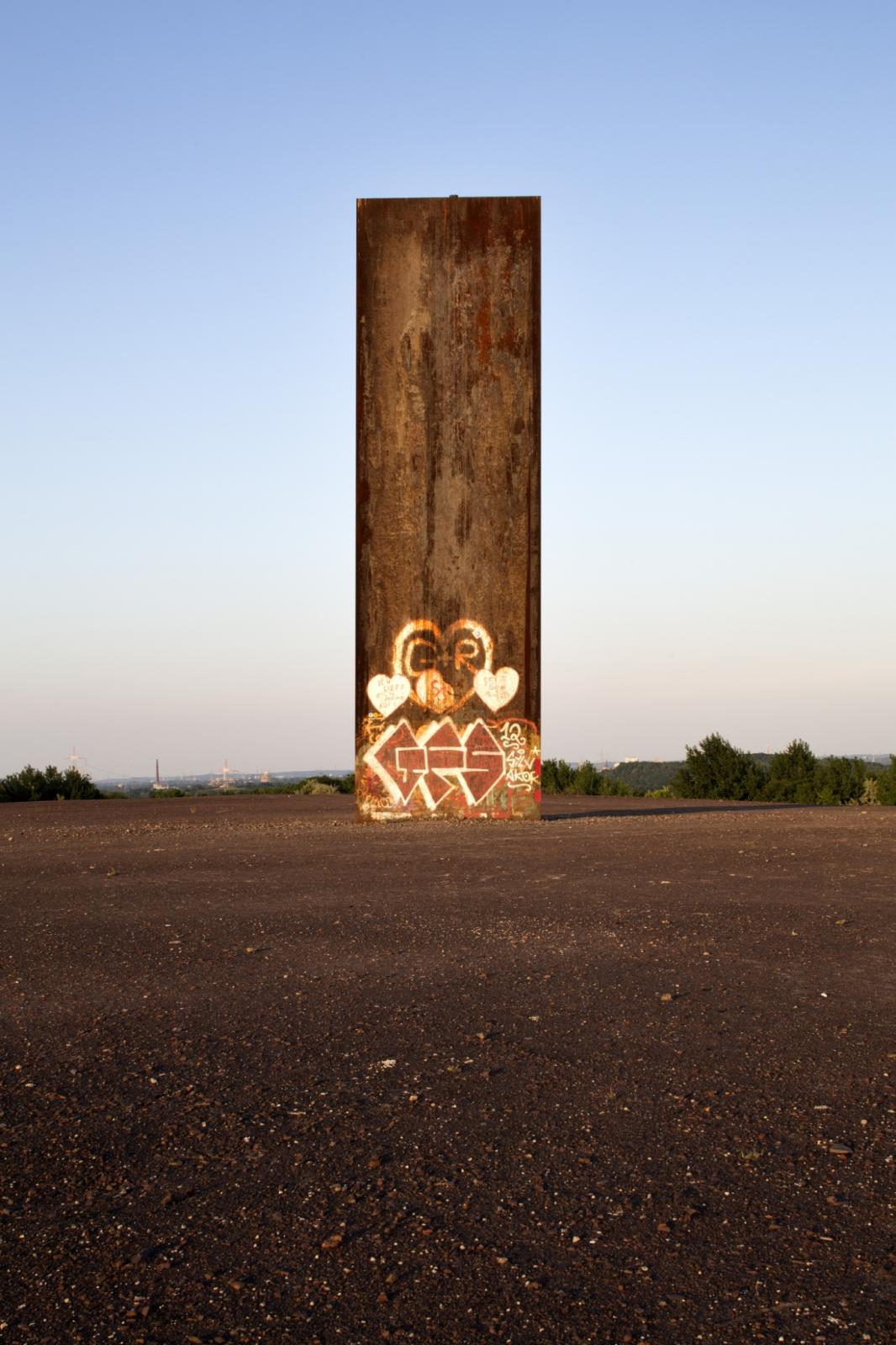 frontal view of the sculpture 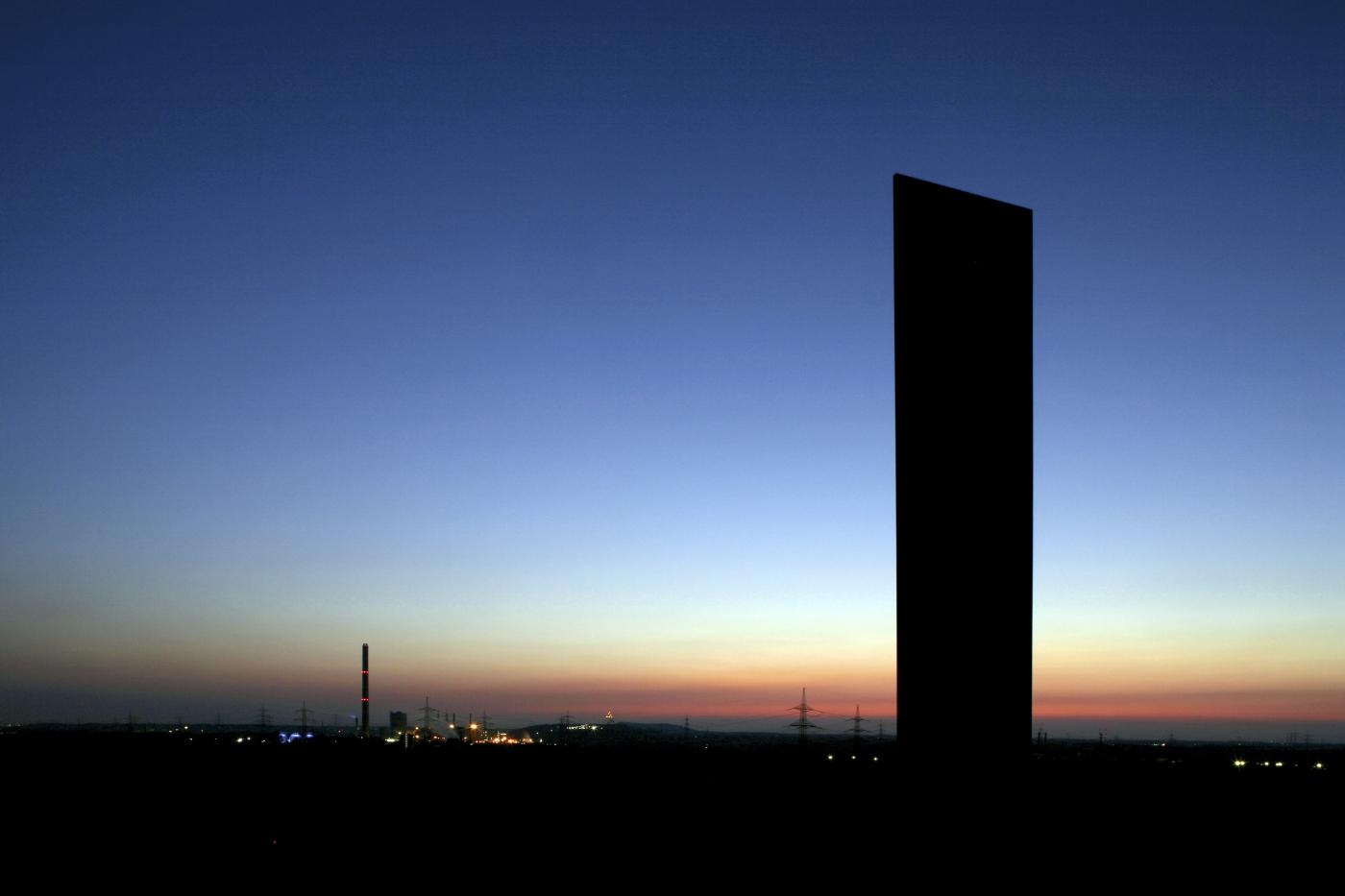 Until the late 1950s, the above-mentioned pit’s mining waste could be re-filled underground. Mechanisation, however, meant an increase in such waste, which was then brought to the new central Schurenbach tip. After Zeche Zollverein had been closed down in 1986, other pits used this tip for their mining waste.
In the course of the IBA Emscher Park (construction trade fair), the tip was made accessible to the public. The monumental sculpture (a rolled-steel slab of 14.5m in height, 4.2m in width and 13,5cm thick) occupies the crown of the tip, whose plateau was shaped into a gigantic ellipsoid of sorts, in accordance with Serra’s plans, since when Schurenbachhalde has been one of the Emscher region’s various landmarks.