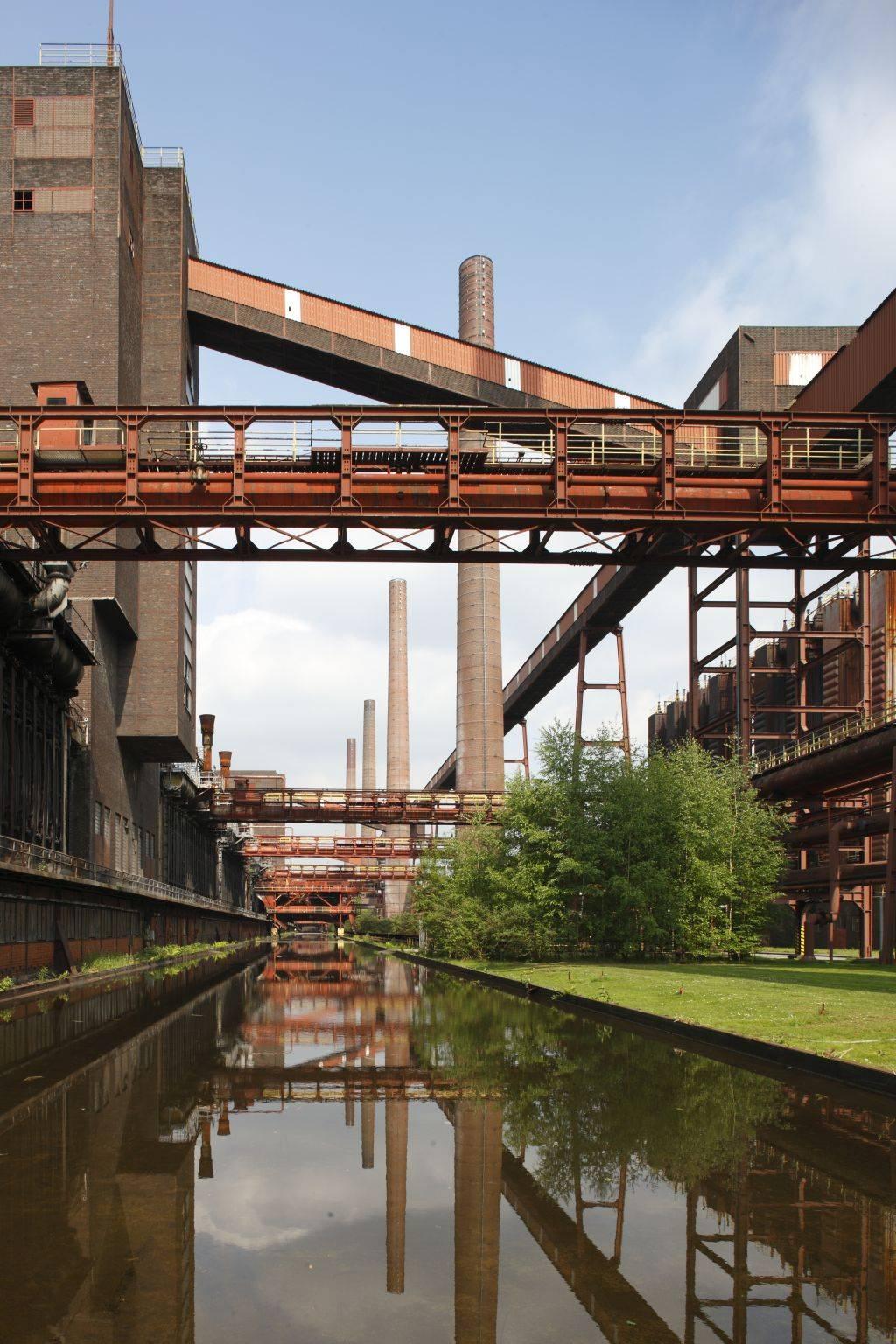 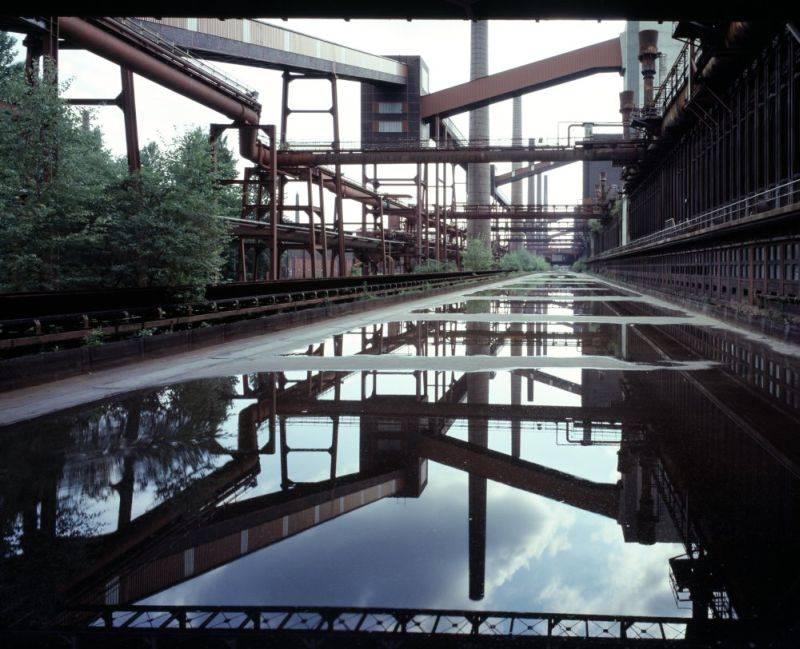 View of the black side of the coke oven plant 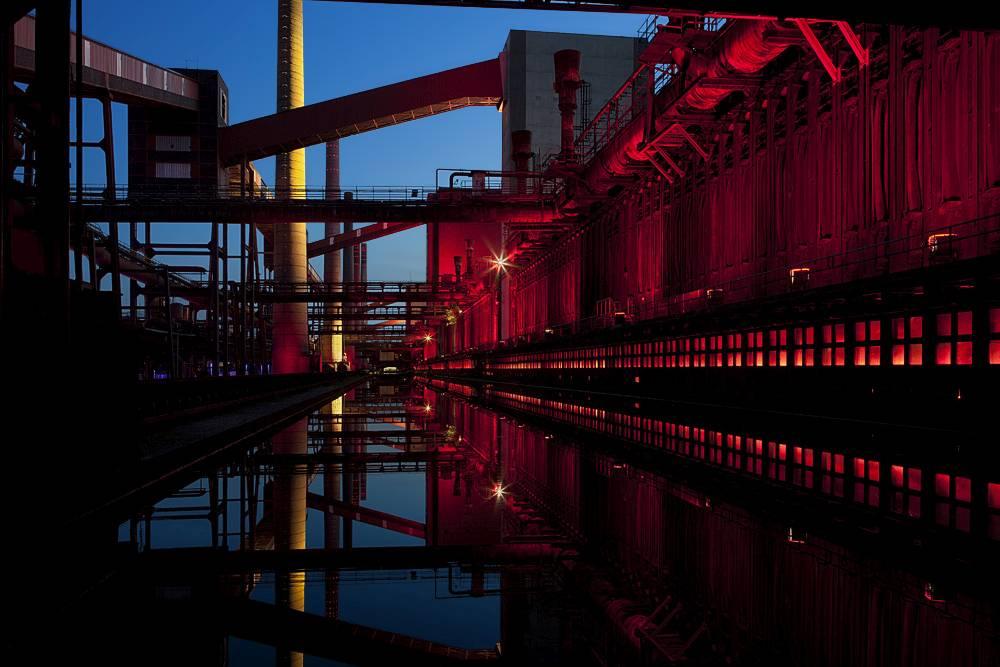 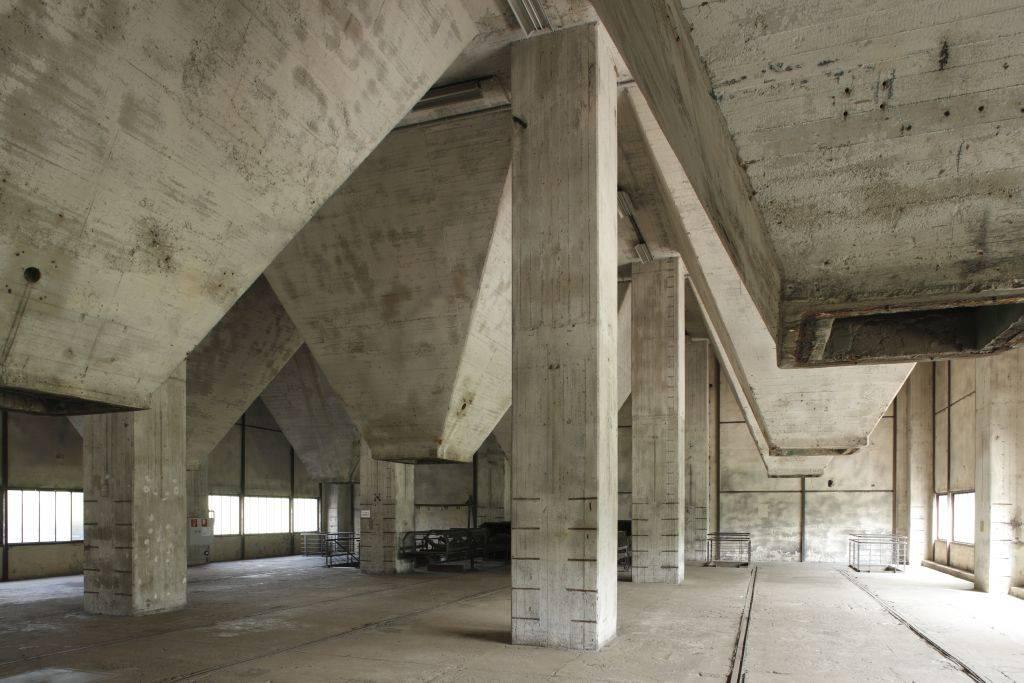 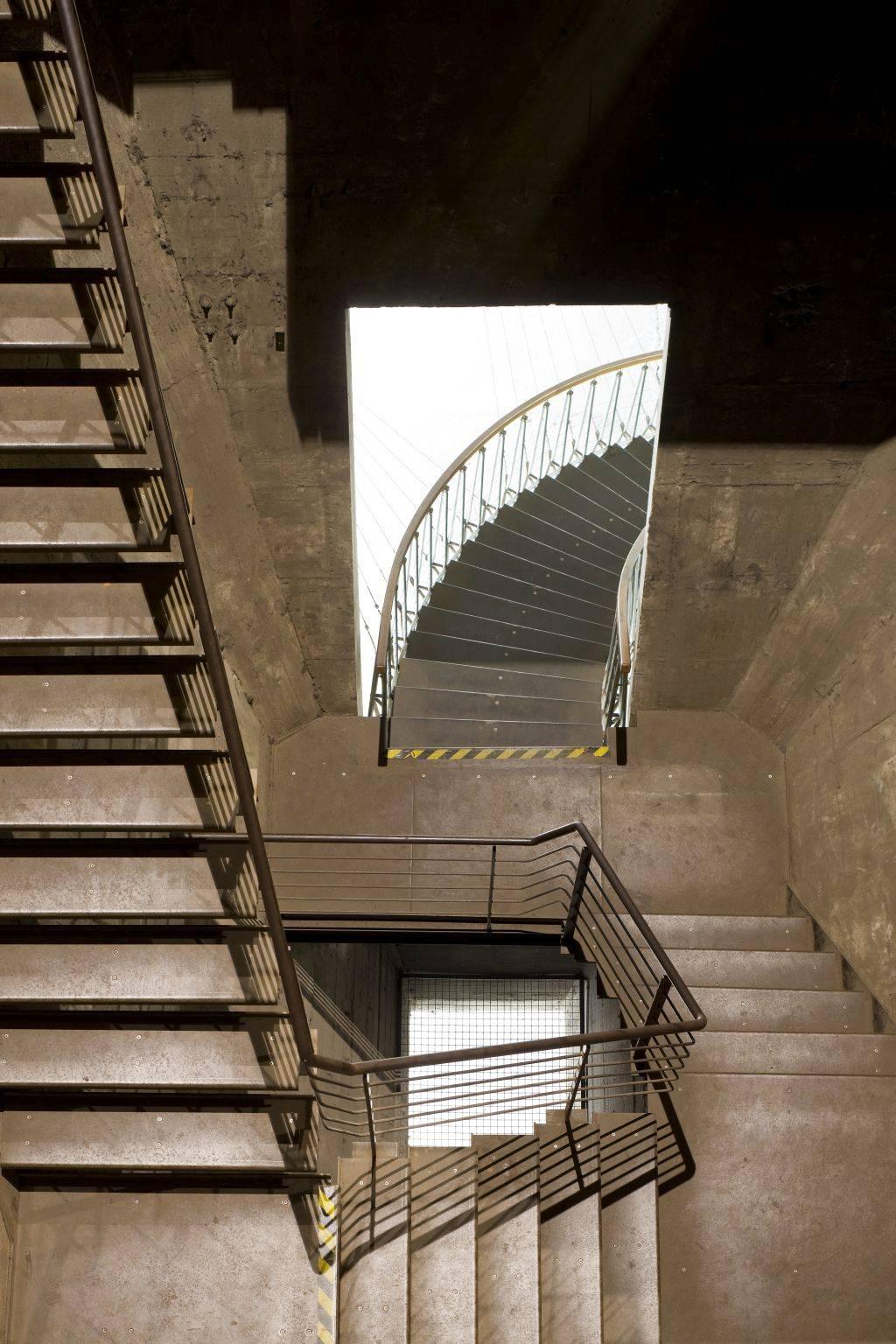 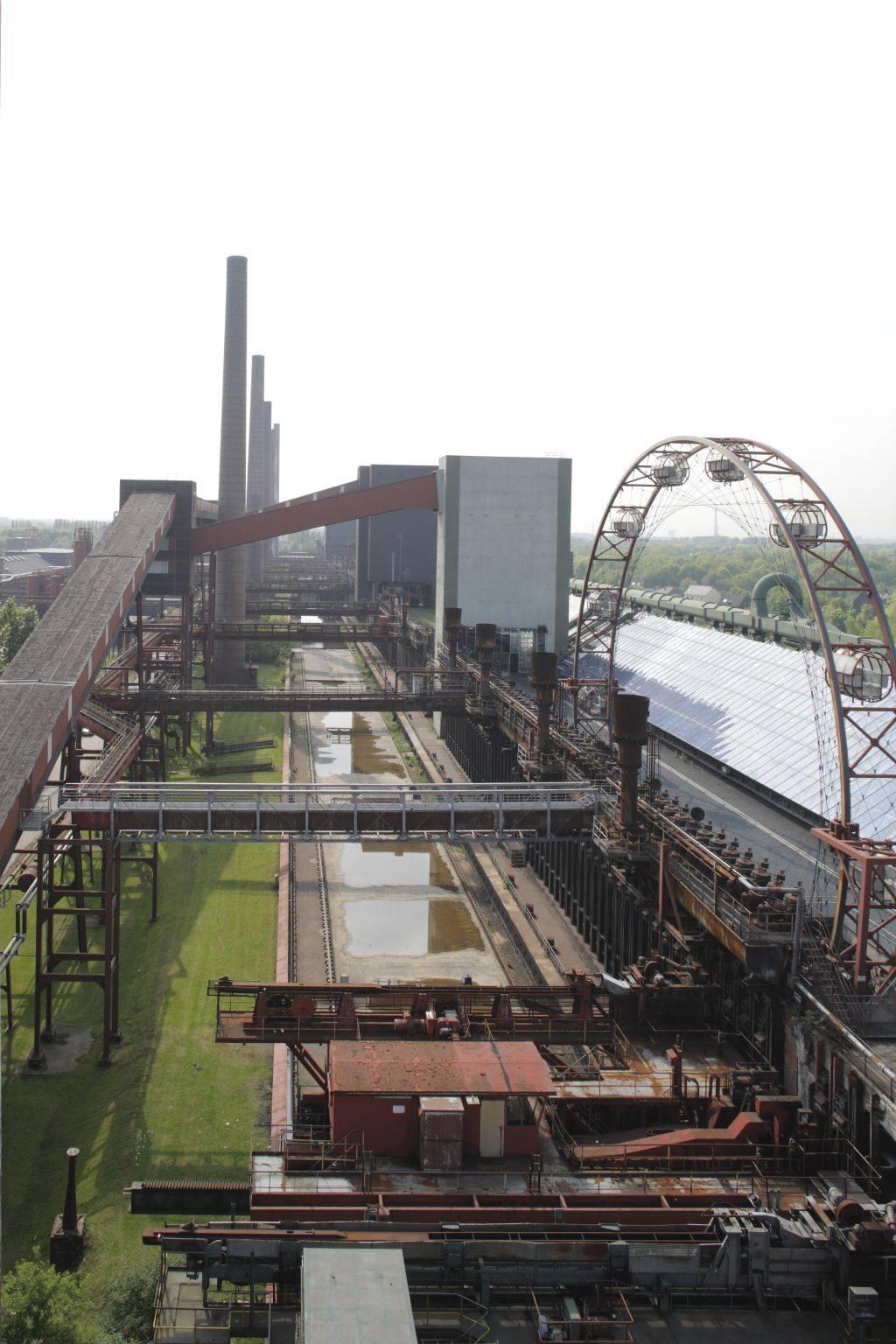 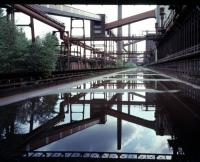 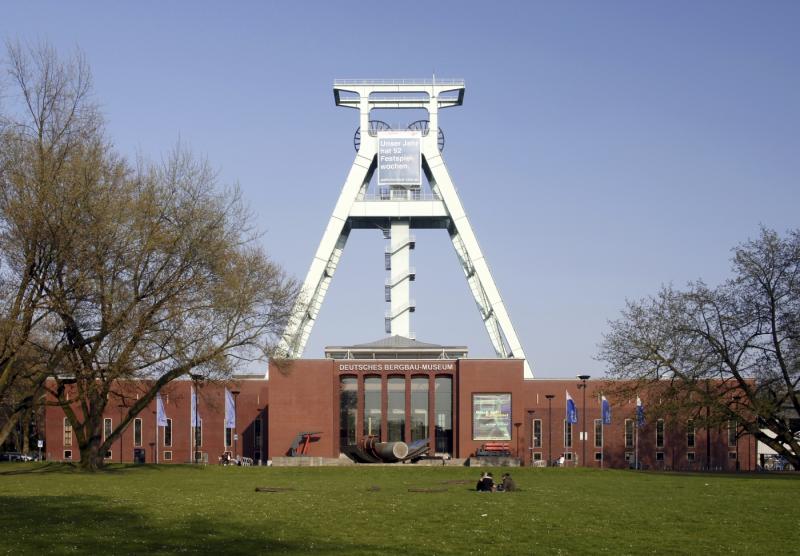 Since in the mid-1950s one expected a shortage of coking coal in the Ruhr area, in 1956 first plans were made to build a new coke oven plant on the site of the pit “Zeche Zollverein”. Architect Fritz Schupp, who as early as 1928 had come up with Zollverein pit XII, a masterpiece of industrial architecture, was commissioned with the plans. His more than 40 years of experience allowed him to combine the form and function of a coke oven plant into an impressive unit. The coke oven plant is aligned along the axis of the tracks of the former Köln-Mindener Eisenbahn. The coke oven batteries and, behind them, on the south side, the access roads to the facilities run parallel to these tracks.
The coke oven plant was put on stream in 1961. About 10 years later, it was expanded to a total of 304 coke ovens, which today stretch along a distance of almost 1km.
The coke oven plant employed about 900 people. Its daily capacity was 10,700t of coal turned into 8,000t of coke, producing 3,000,000m³ of gas in the process.
On June 30, 1993, the coke oven plant was the last remaining mining facility on the Zeche Zollverein site to be shut down.
Given the preservation of the industrial-cultural landscape Zollverein as an overall complex of pit and coke oven plant, in 2001 Zeche Zollverein Schacht XII and Schacht 1/2/8 (various pits) and Kokerei Zollverein were made a UNESCO World Heritage Site.
Over the next few years, the site will see the development of an arts project dealing with socio-political issues and their aesthetic compression.
Kokerei Zollverein is to be established as a production site for contemporary art and criticism at which artists deal with socially relevant issues.