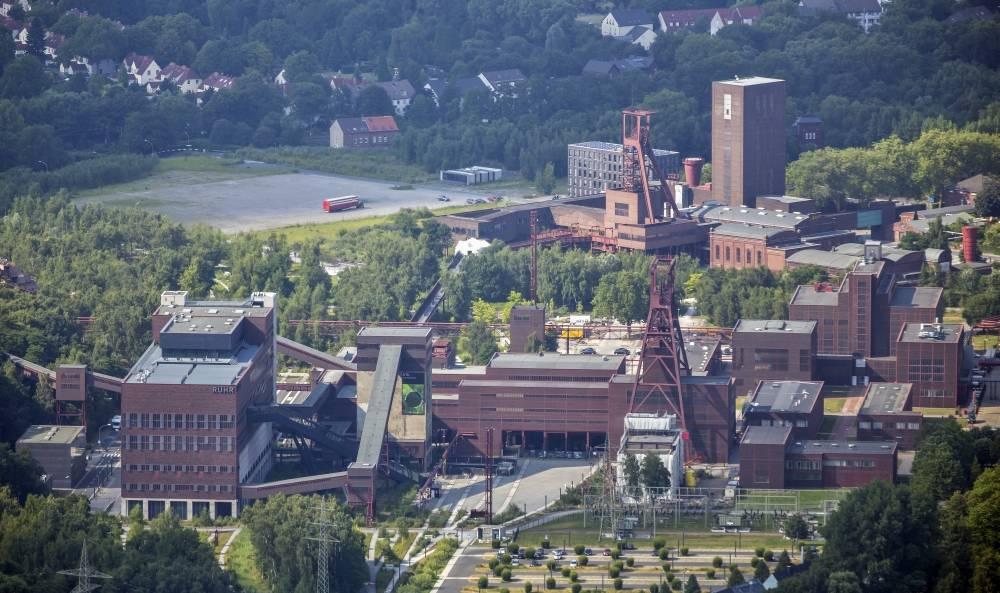 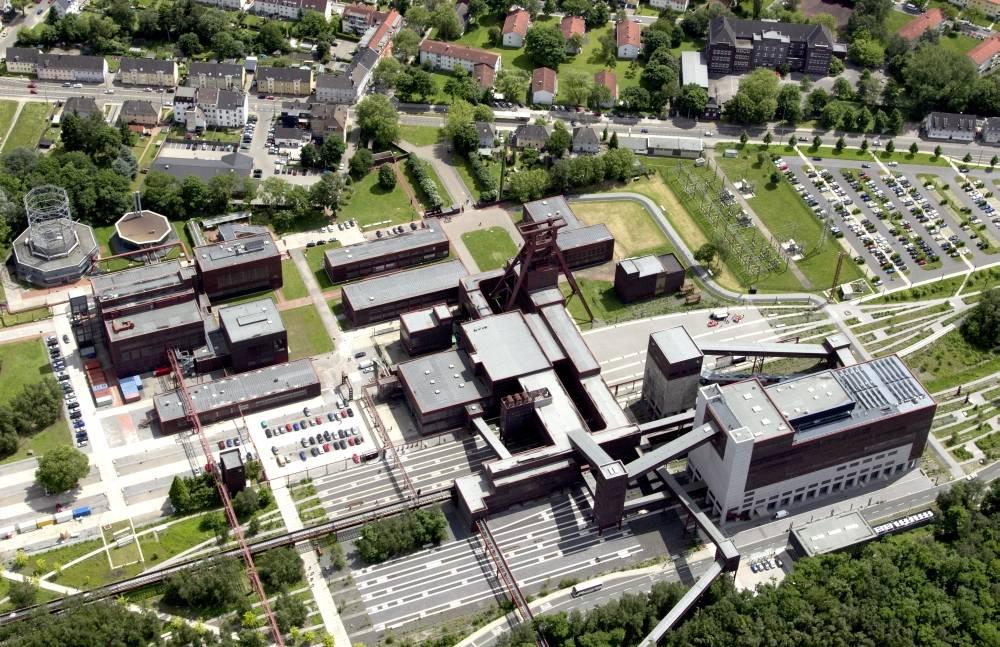 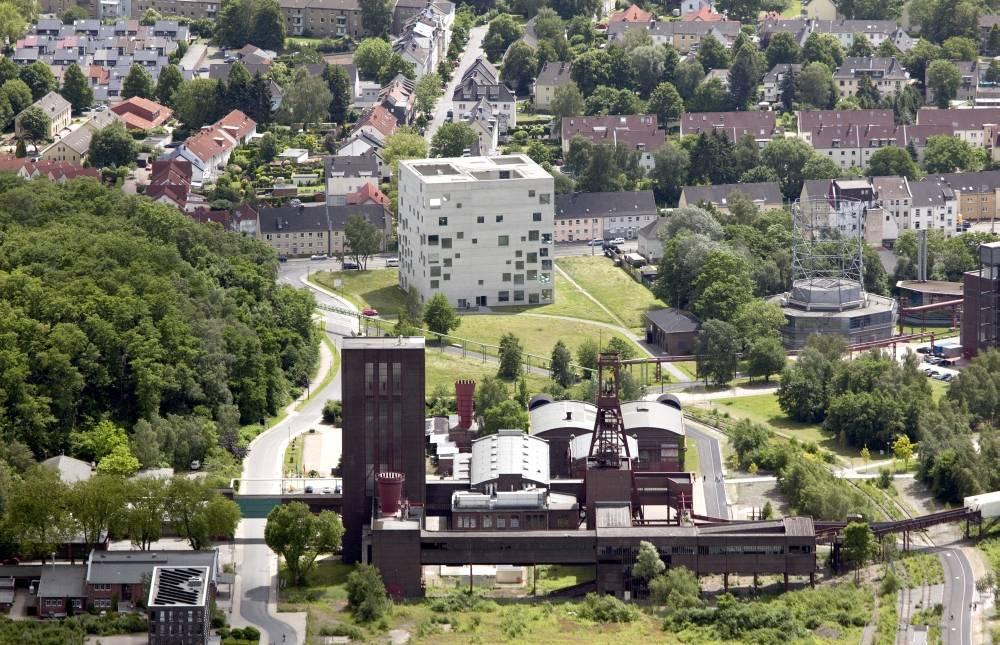 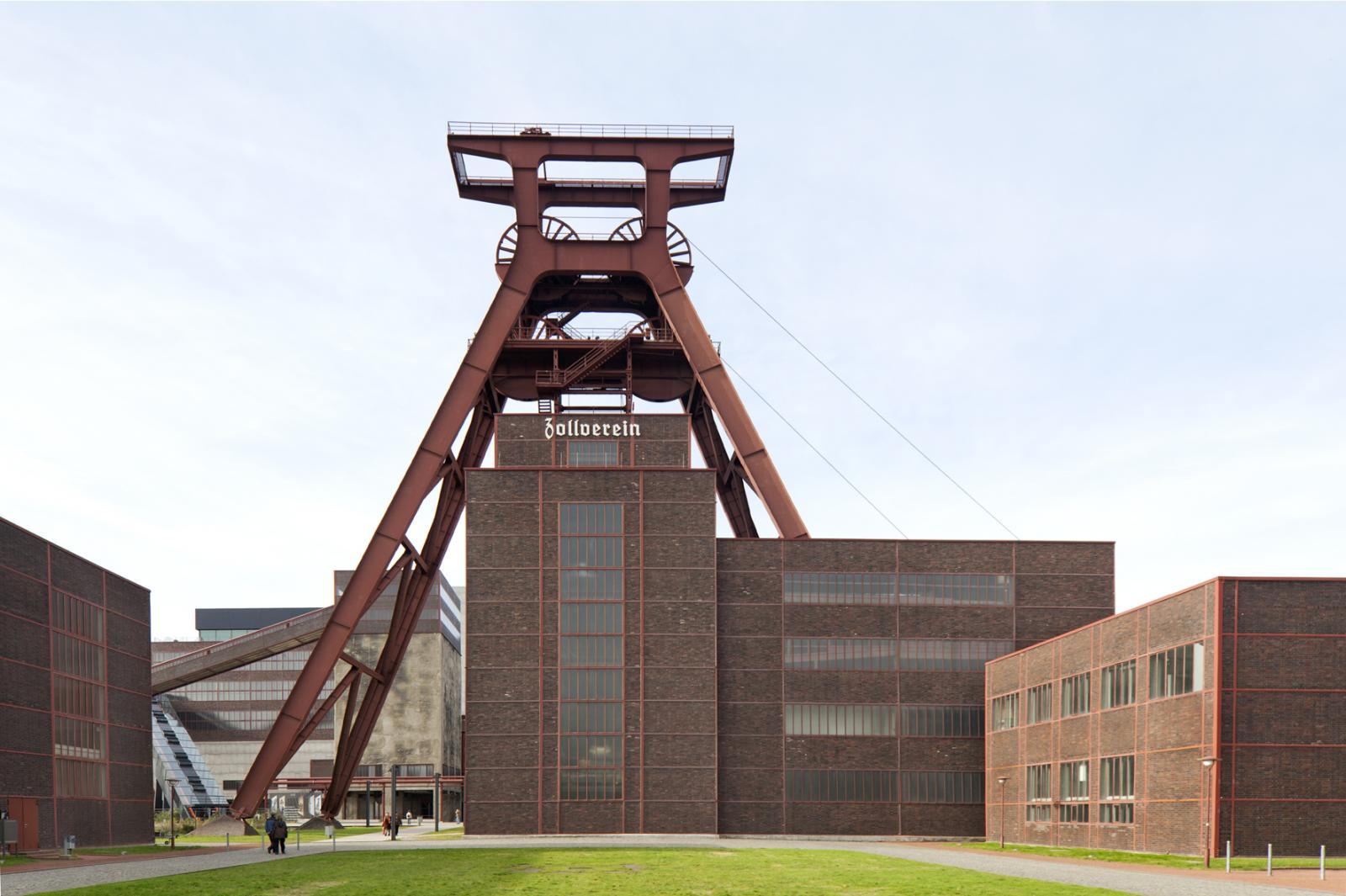 The Zollverein pit has been one of the largest, technically most progressive and representative pits of the Ruhr area from its establishment in 1848 to its closure in 1986. The technically and architecturally most important event in its history was the construction of central pit 12 from 1928 to 1932. This concentrated the extraction, processing, compressed air generation, power supply and workshops for all the pit’s mine shafts at one place. This concept of an integrated pit increased the daily output from 3,000t to 12,000t. Architects Schupp und Kremmer accommodated the central pit 12 plants in modern, cubist buildings with curtain facades of steel-trussed clinkers. Connected with central pit 12, from 1957 to 1961 the coking plant Zollverein developed, at the time one of the largest such plants worldwide. The pit was closed in 1986, the coking plant in 1993. Shortly afterwards, the plants were listed, in 2002 they became a UNESCO world heritage site. The pit buildings have since been converted, in consideration of the preservation of historical monuments, of course. The boiler house is of note. It was converted in 1996 in accordance with plans by Sir Norman Foster and the architects’ firm Heinrich Böll und Hans Krabel. It is now the Red Dot Designmuseum’s exhibition place. The interior is characterised by a cool, high-tech architecture design. This is contrasted by the choreographic centre accommodated in the pithead baths and admin building of pit ½. The patina-coated surfaces have been preserved. The visitors’ centre (conversion of the coal washing plant) is accessed by a 55m gangway with escalators. On its roof is the Erich-Brost Pavillon, a glass-cube venue. From 2008, the coal washing plant will be the site of the Ruhrlandmuseum. Further information about buildings on Zollverein: Zollverein School