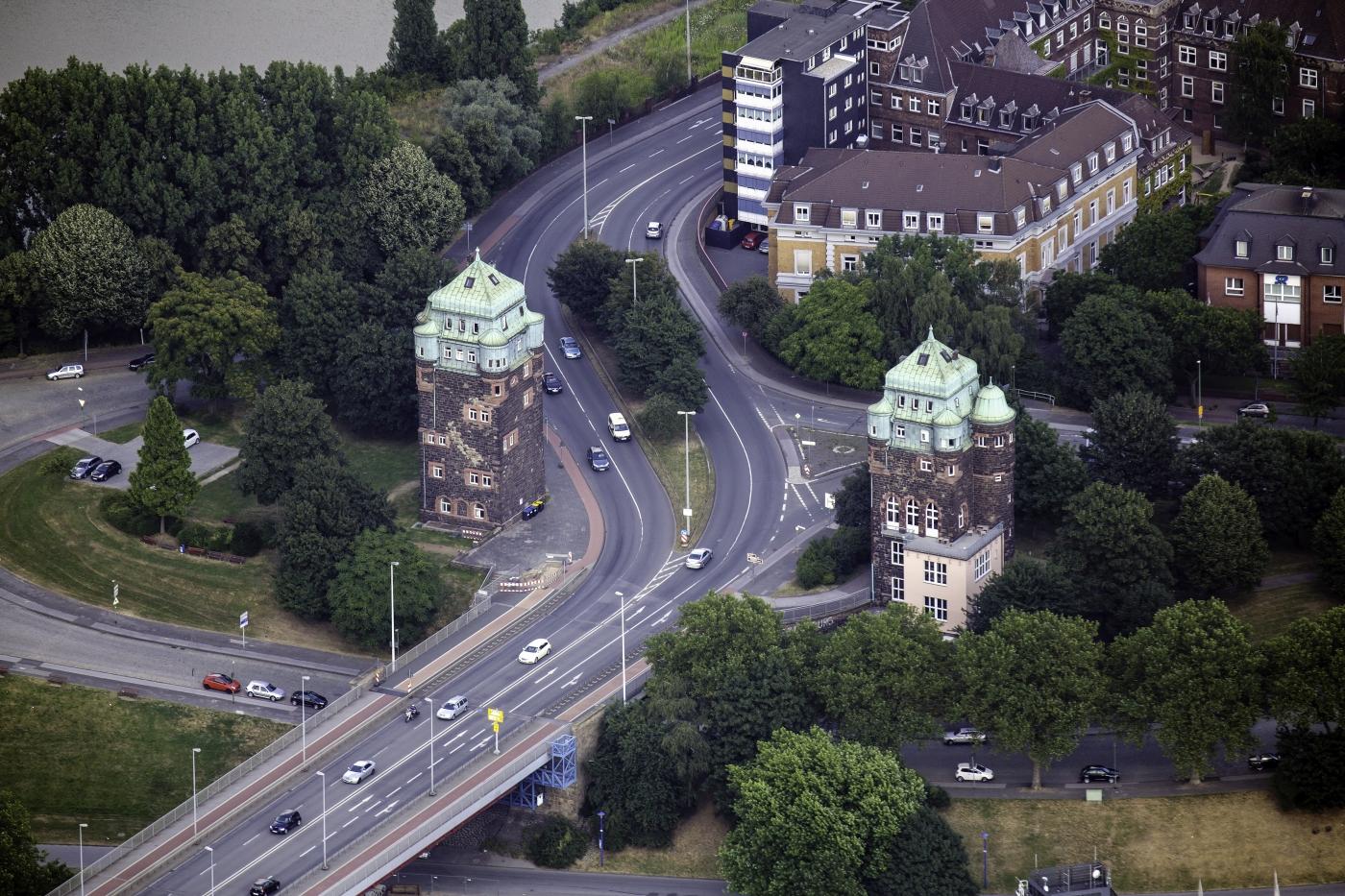 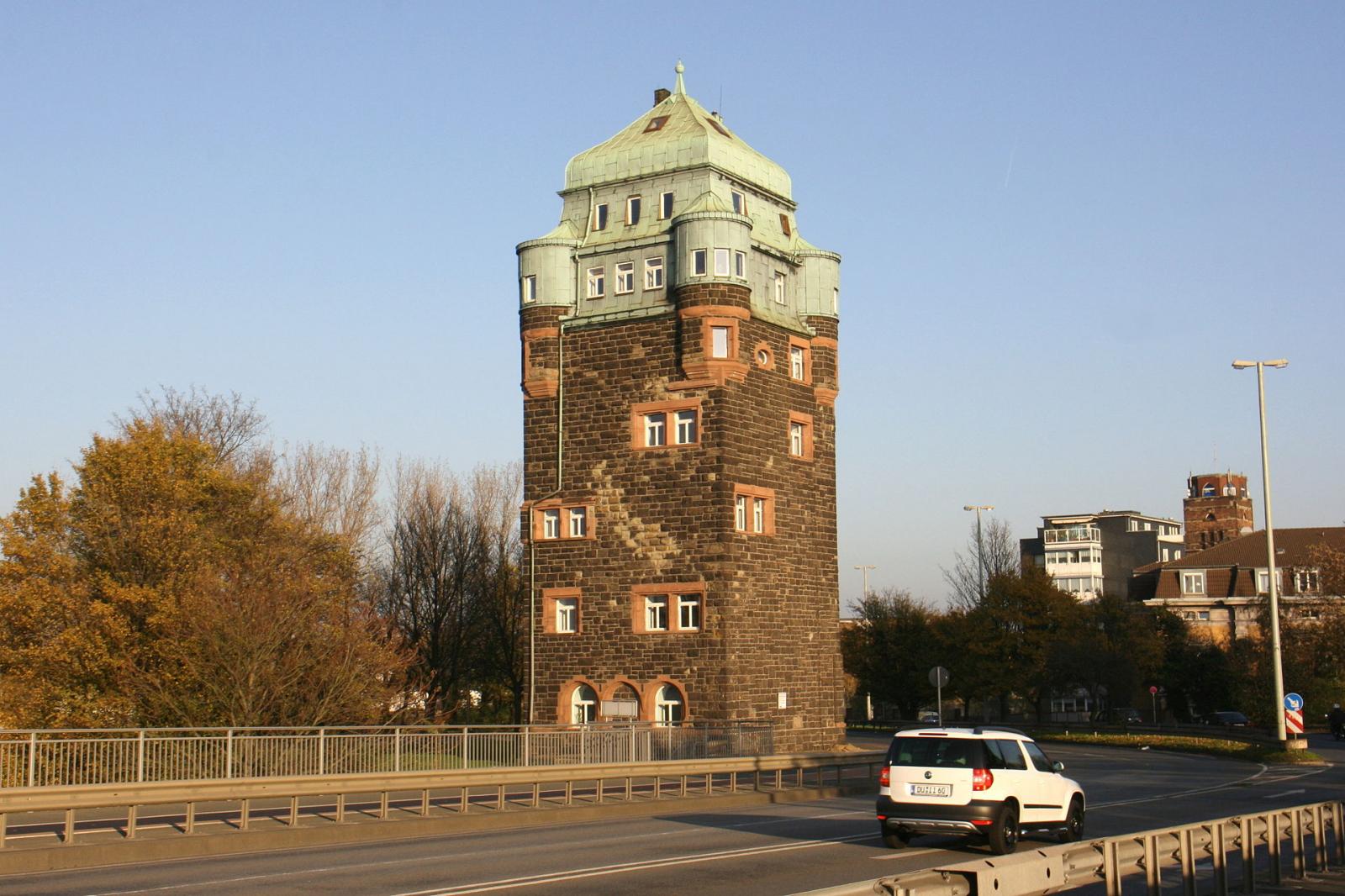 When Jan Stapelmann bought the northernmost of the two towers on Duisburg’s Friedrich-Ebert Bridge in 2009, his dream was to transform a symbol of Duisburg into a space for living and working. This was an ambitious project because before construction could begin, a thorough renovation was necessary, including the removal of harmful substances and installation of electrical cable and gas, water and sewage pipes. Not a square inch was left untouched.
Stapelmann himself wants to move into the two uppermost floors by April 2010. The other five floors, not yet finished and each measuring around 54 m², are already rented to inland shipping companies. In addition to the building’s historic flair and its unique view of the Rhine on one side and the Ruhrort area of town on the other, the property also boasts amenities such as private parking, a lift, and up-todate equipment in the offices. And as planned, brand new windows were installed at the foot of the tower facing the busy street.
Built between 1904 and 1907, the tower belonged to the DBV until recently and has been empty since 2005. The sale of the north tower in 2009 brought the DBV a step closer to its goal of selling the property to a new owner who would also restore it thoroughly.