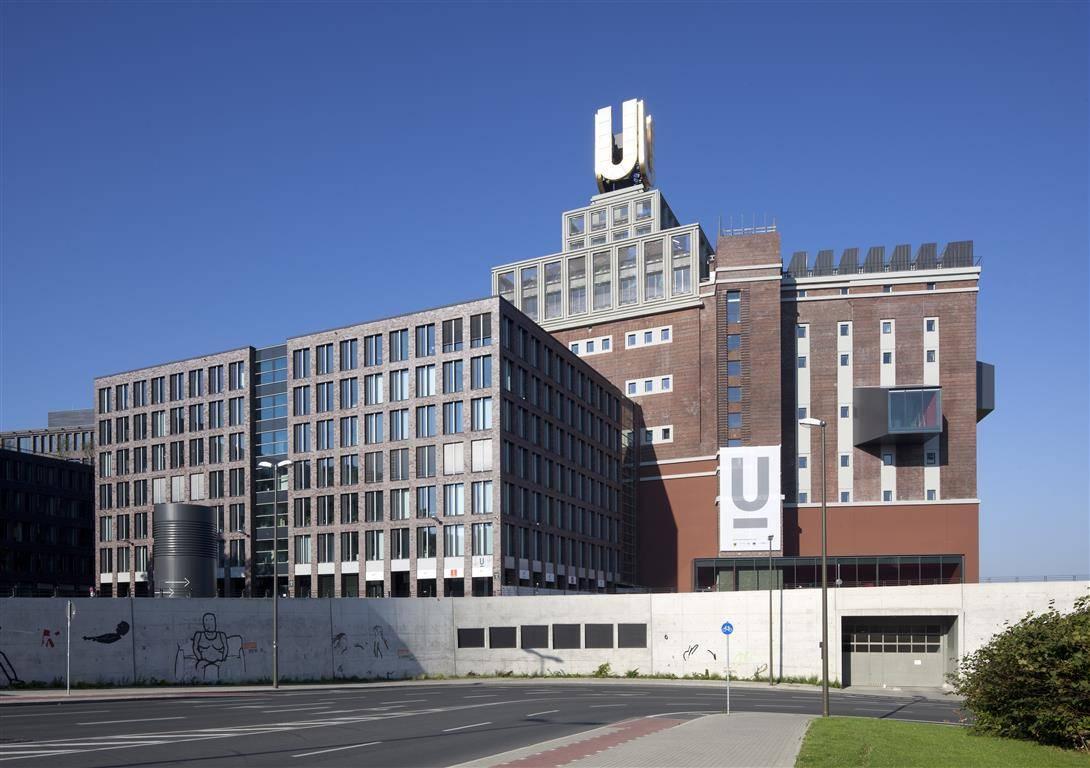 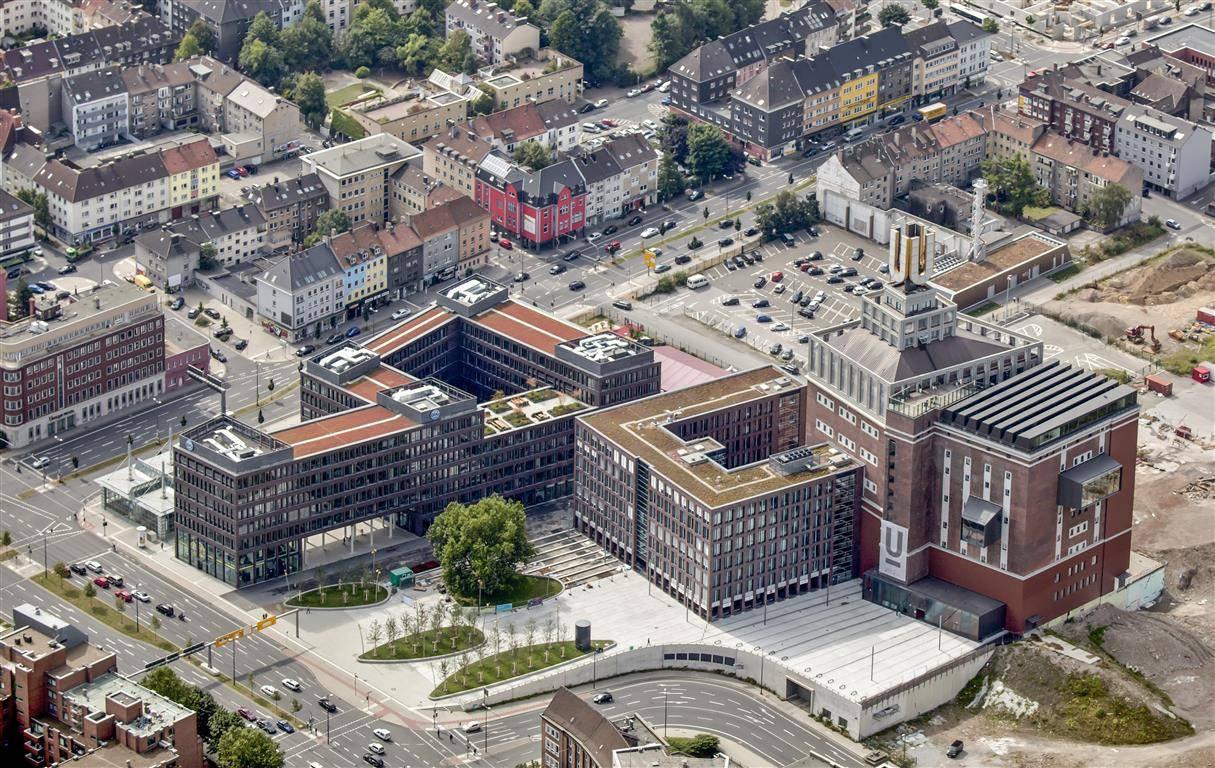 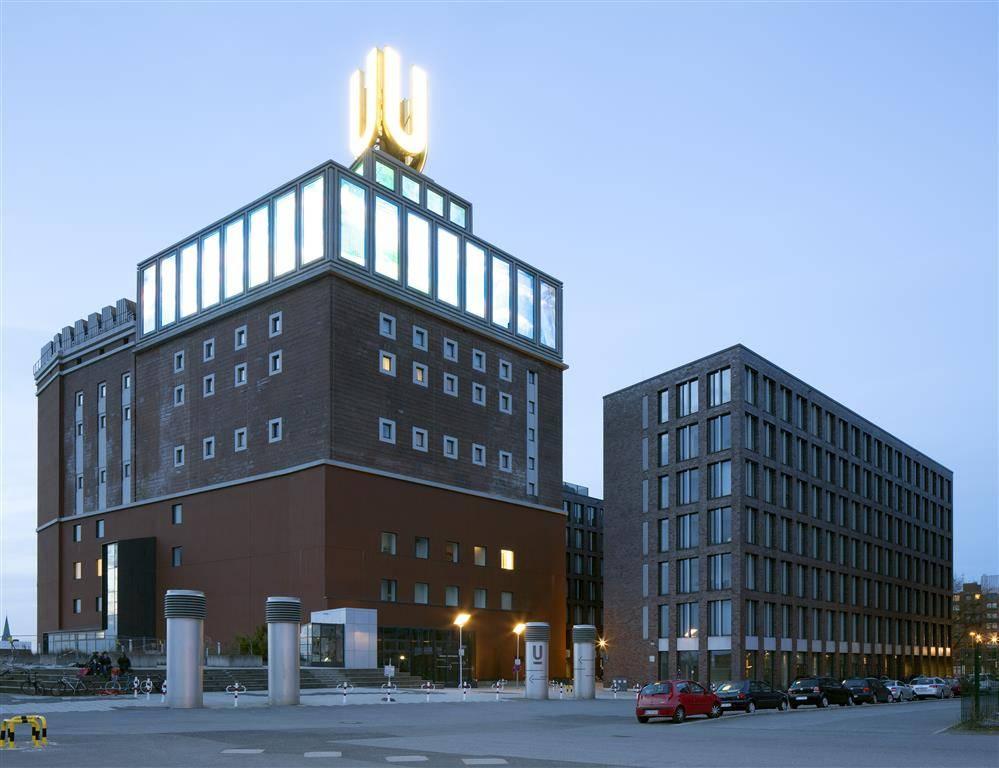 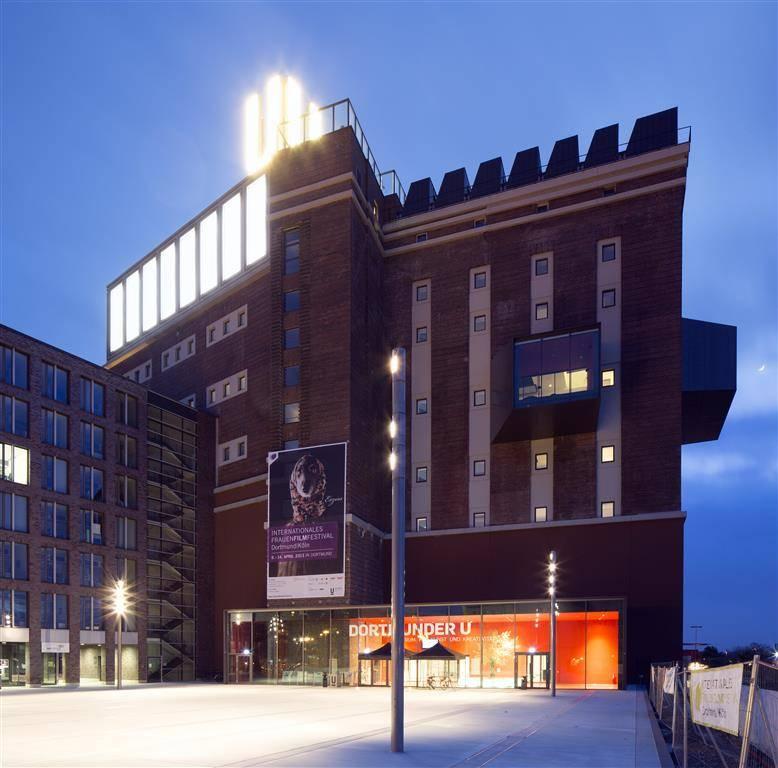 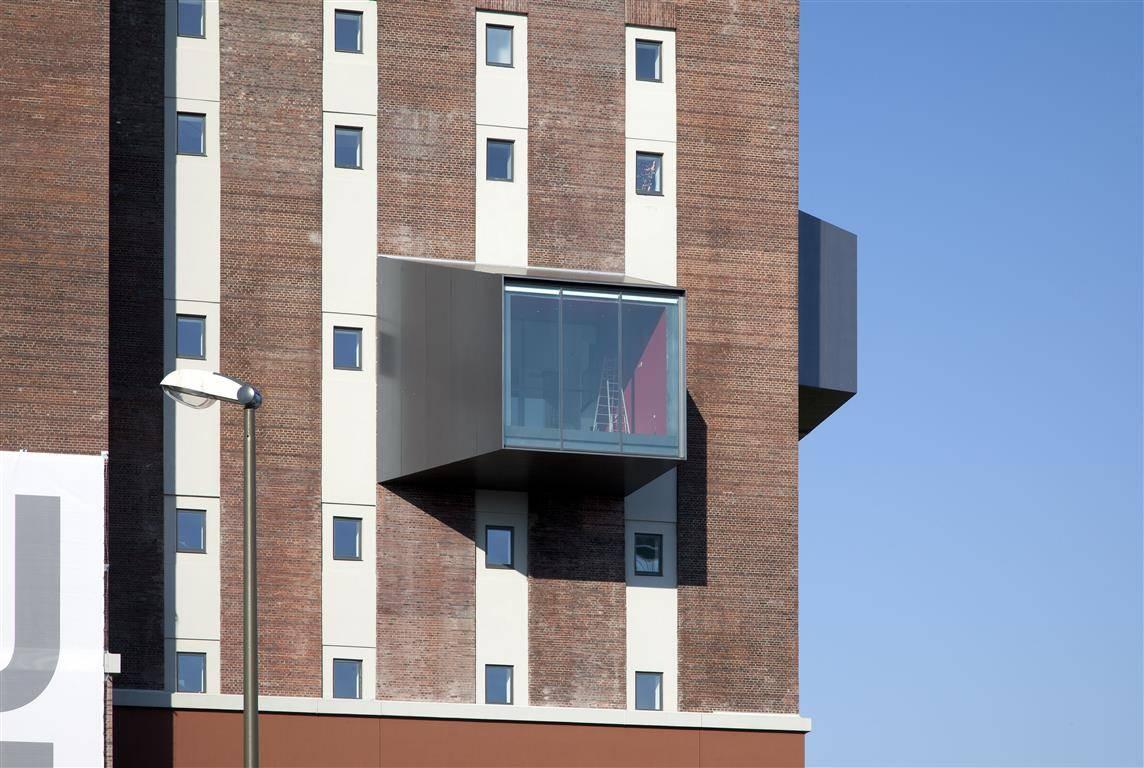 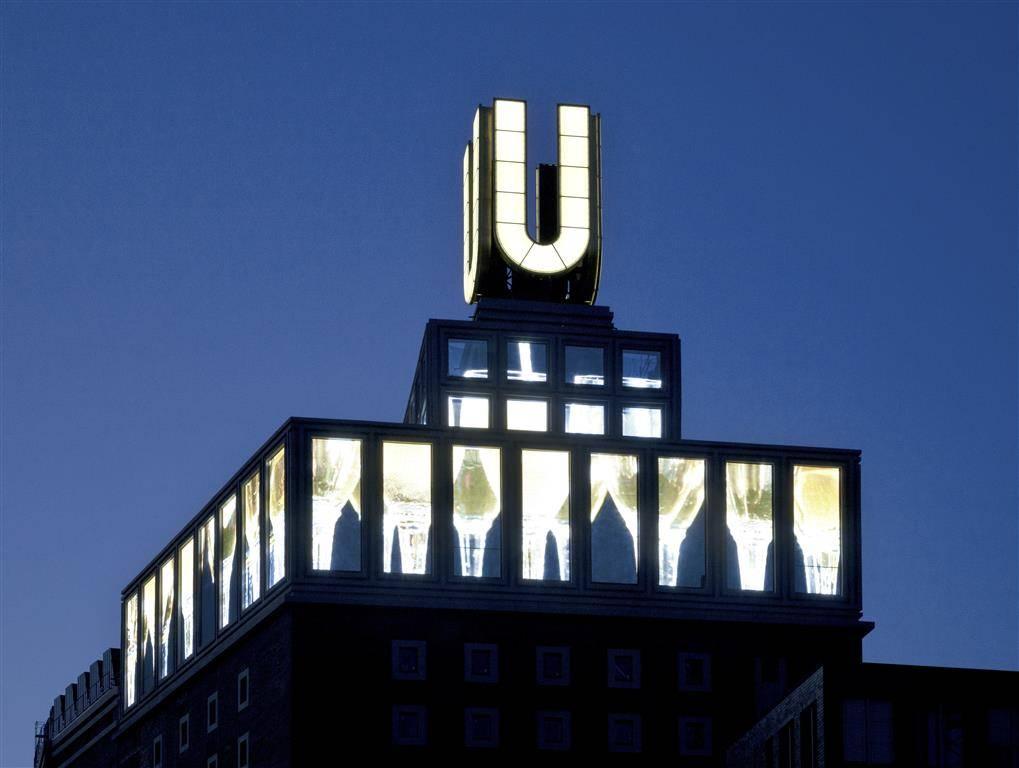 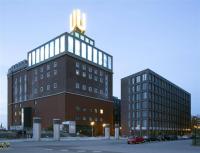 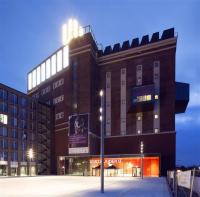 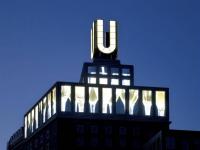 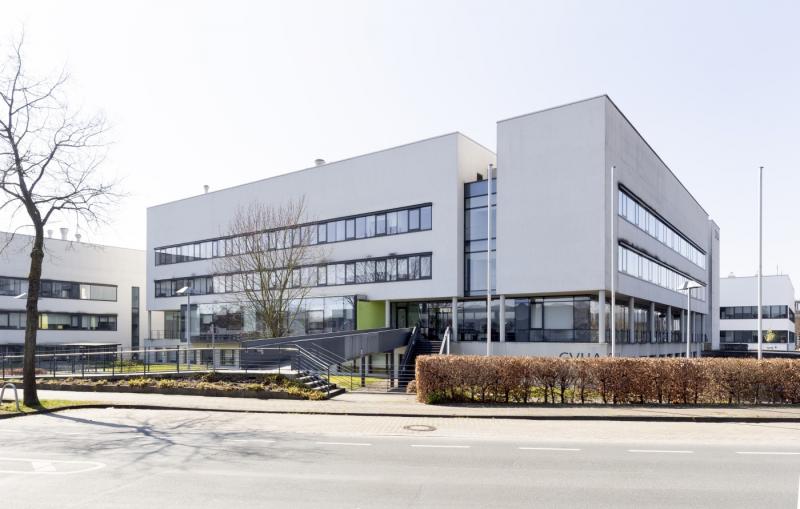 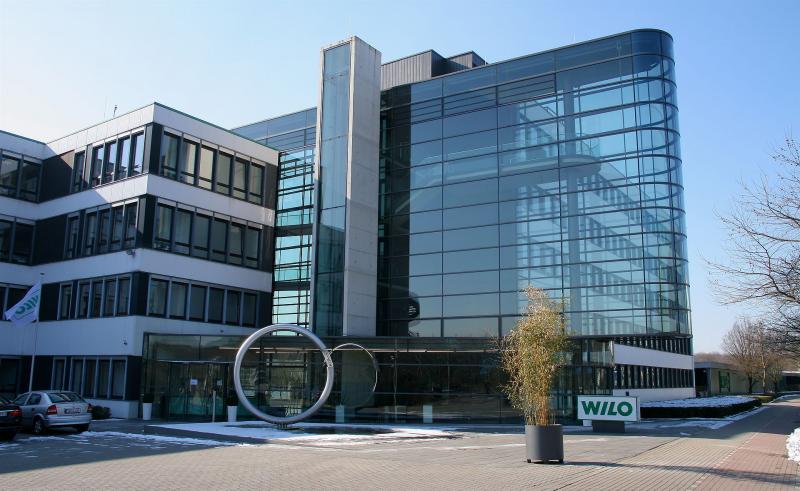 Next to Märkische Straße, in the 1860s today’s Rheinische Straße developed into a preferred brewery site. Union – Brauerei was founded here in 1873 when Brauerei Struck & Co. became a joint-stock company. In the 1920s, Union was considered to be western Germany’s largest brewery. 43 per cent of the beer brewed in Dortmund was brewed here. It employed a staff of 600.
In 1926/27, a new fermentation and storage building was built. It was the first high-rise building in the city. Most of the multi-part building is made of brick. The main tower is crowned by a lattice-shaped superstructure. The roof has been displaying the "Dortmunder U" company logo since 1962. Over time, an extensive complex developed around the high-rise building.
Until 1992, town marketing was able to employ the slogan “Europe’s beer city no. I”. The decline in the coal and steel industry, in the number of pubs and a preference of pilsner beers over export took its toll, though. As a result of all this streamlining and concentration process, Dortmund breweries shed jobs. The number went down from 7,000 in 1965 to 1,600 in 1995. Today, there is only one brewerie left in Dortmund.
After Union-Brauerei had relocated to Lütgendortmund in 1994, a conversion of the ensemble was due. In 2003/2004, all buildings, with the exception of the high-rise, were demolished and a new office complex built on the south side.
At the beginning of 2007, the City of Dortmund acquired the site featuring the “Dortmunder U” and the surrounding wasteland from its previous owner, the Radeberger Group.
At the beginning of 2008, it was decided to convert the building into a centre of the creative industry (Zentrum der Kreativwirtschaft). The Dortmund firm Gerber won the architectural competition and is now responsible for the redevelopment of the U-tower in the city centre.
The “Dortmunder U” is going to be the Dortmund lighthouse project on the “RUHR.2010 – Kulturhauptstadt Europas” (capital of culture) agenda.