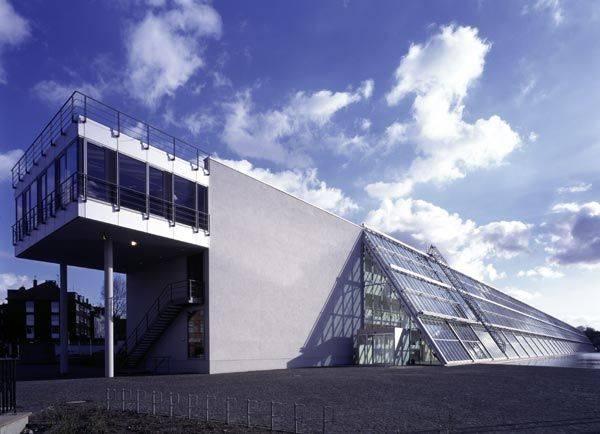 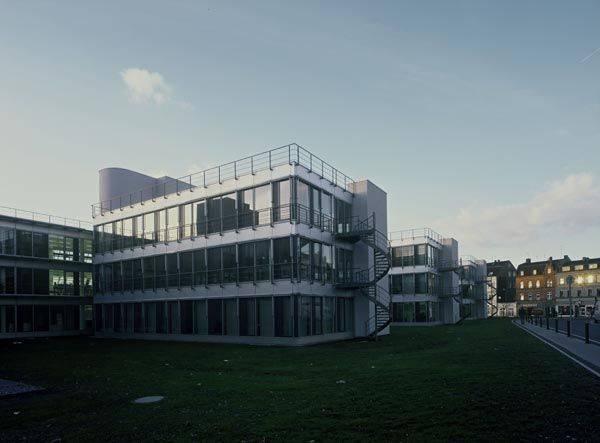 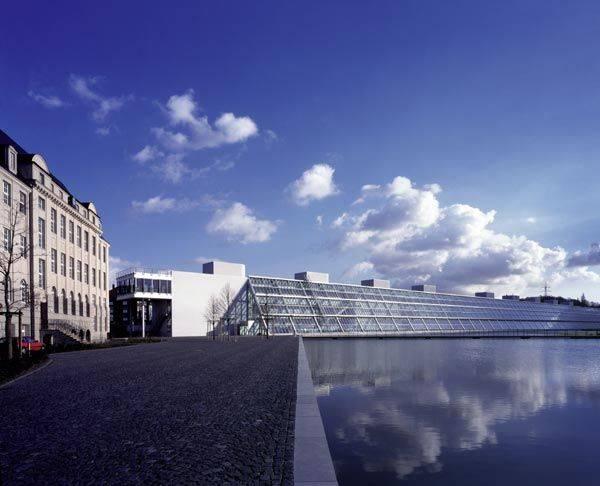 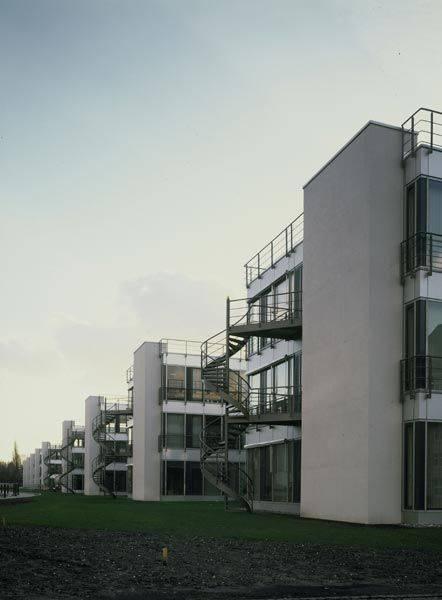 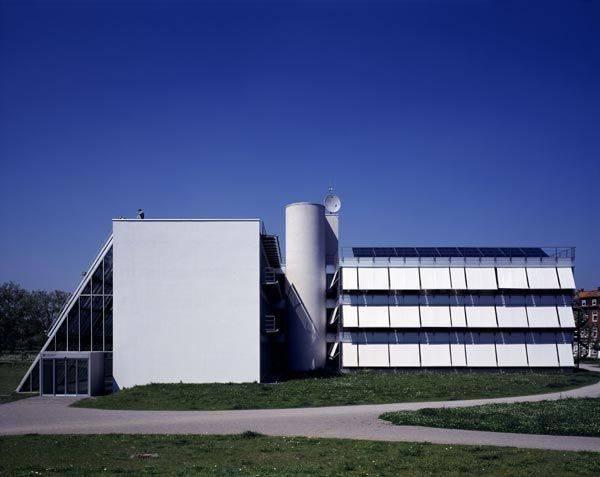 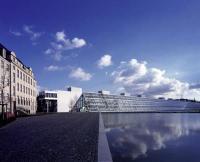 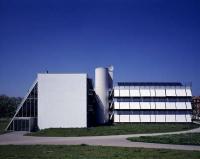 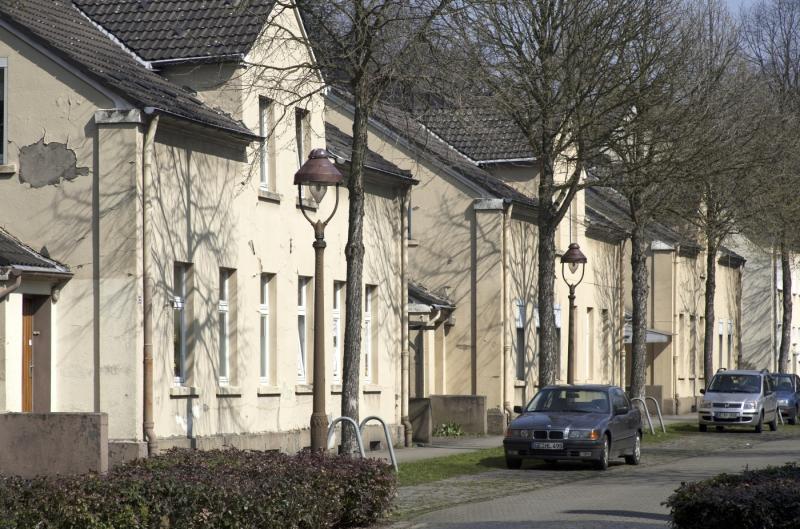 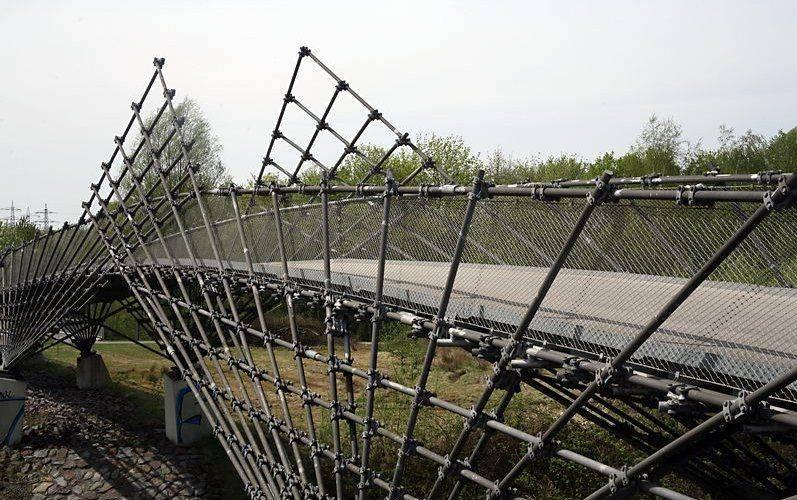 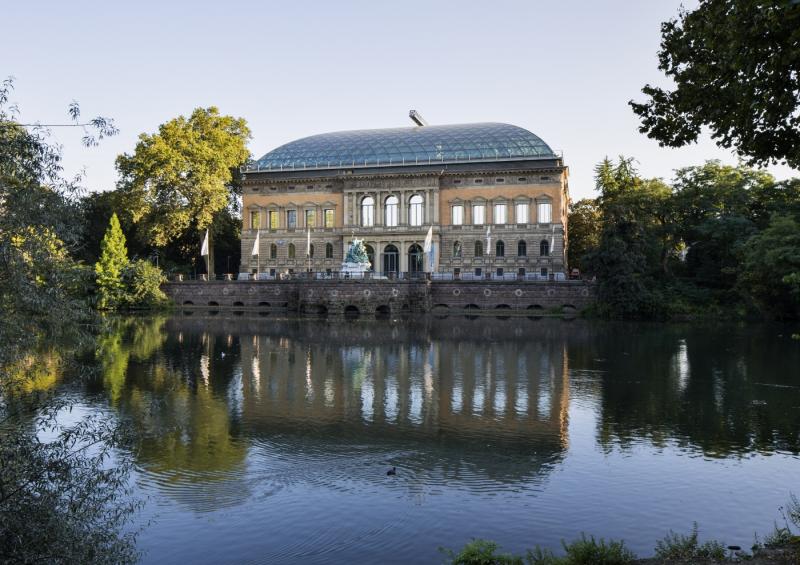 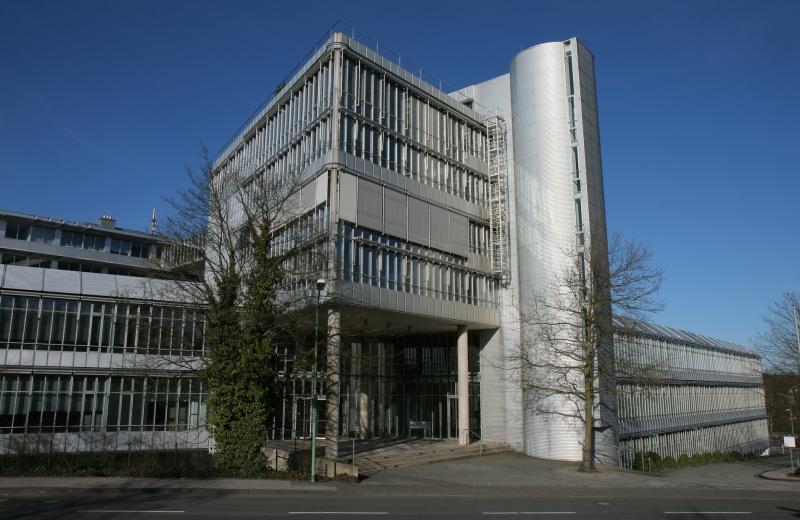 Wissenschaftspark (science park) Gelsenkirchen in the district of Ückendorf was opened in 1995 as a project of the Internationale Bauausstellung Emscher-Park (international building exhibition; IBA).
The building is situated on the former site of the Thyssen cast-steel works and the defunct pit Rheinelbe in the midst of a new park and is a symbol of the structural change the region has undergone.
A slim 300m-long structure is situated at the eastern edge of the site and thus makes possible an extensive park with a lavish water surface within the built-up area surrounding it.
Facing the water, the structure has a glass pitch roof along its full length, which inside makes for a light-flooded exhibition hall with a view of the park and which impresses through its length and consistency.
To the east, there are nine oblong three-storey buildings at a right angle to the longitudinal structure described in the above, which house the office and admin rooms of the various tenants from research, development and services.