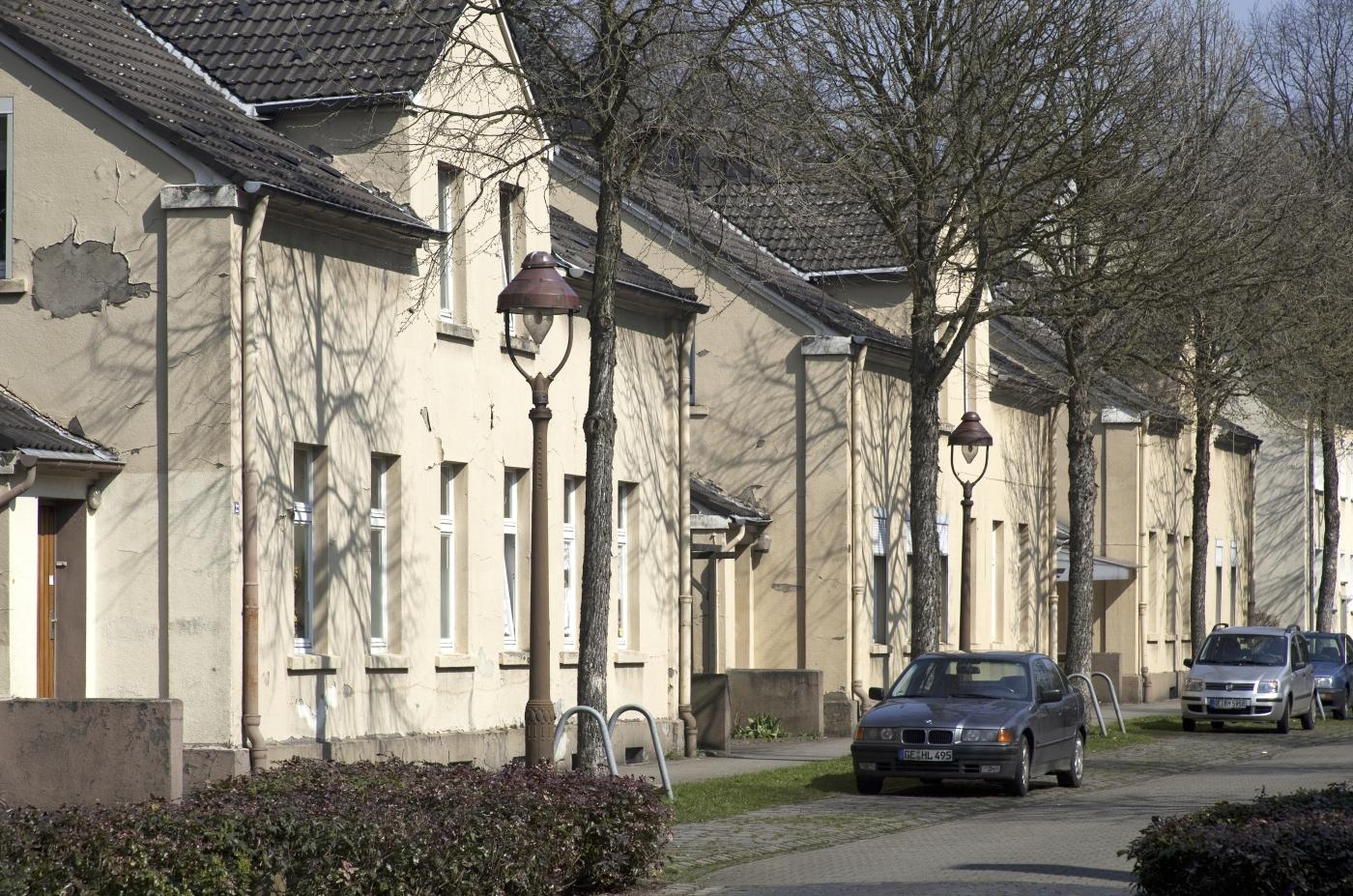 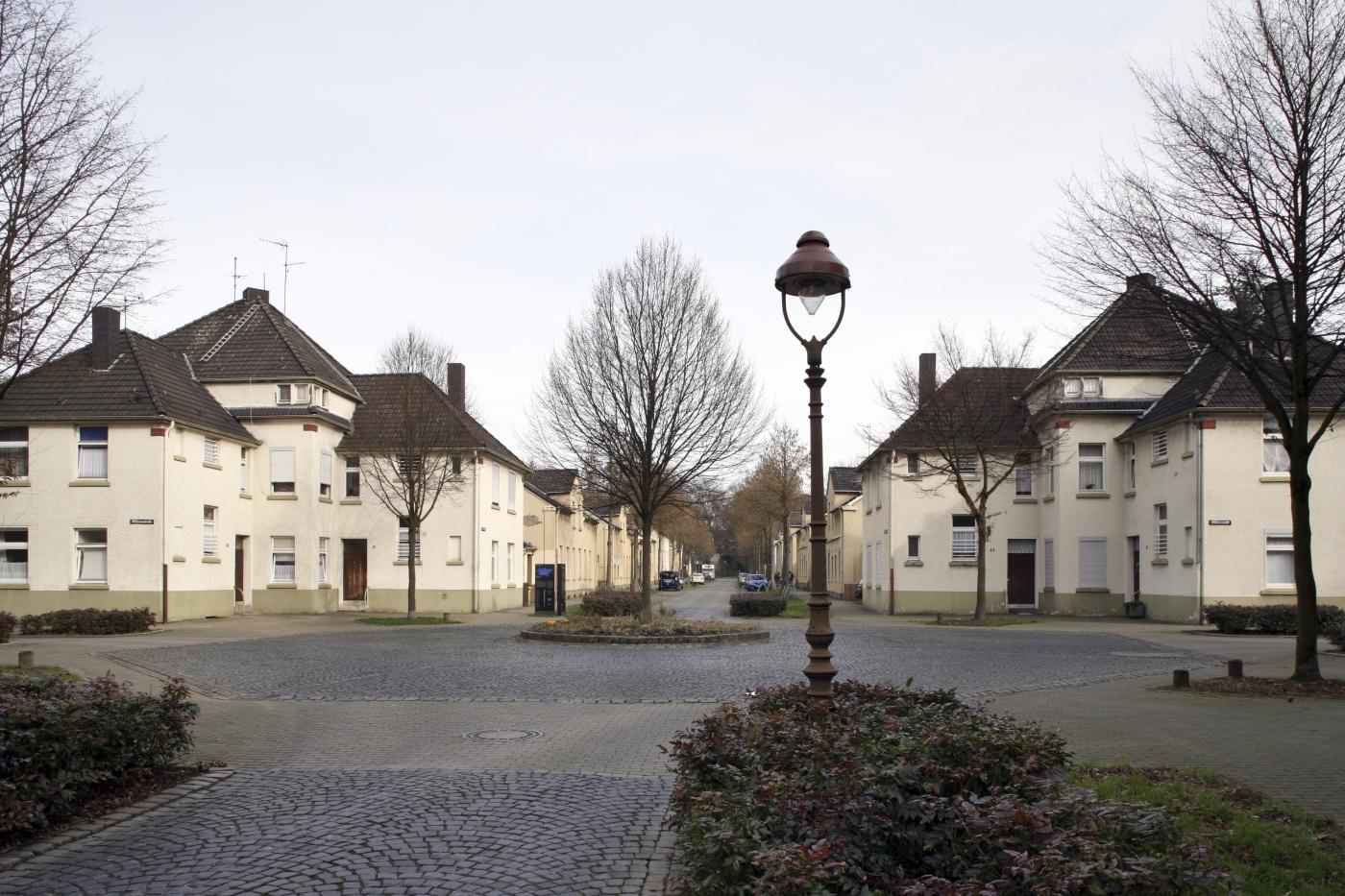 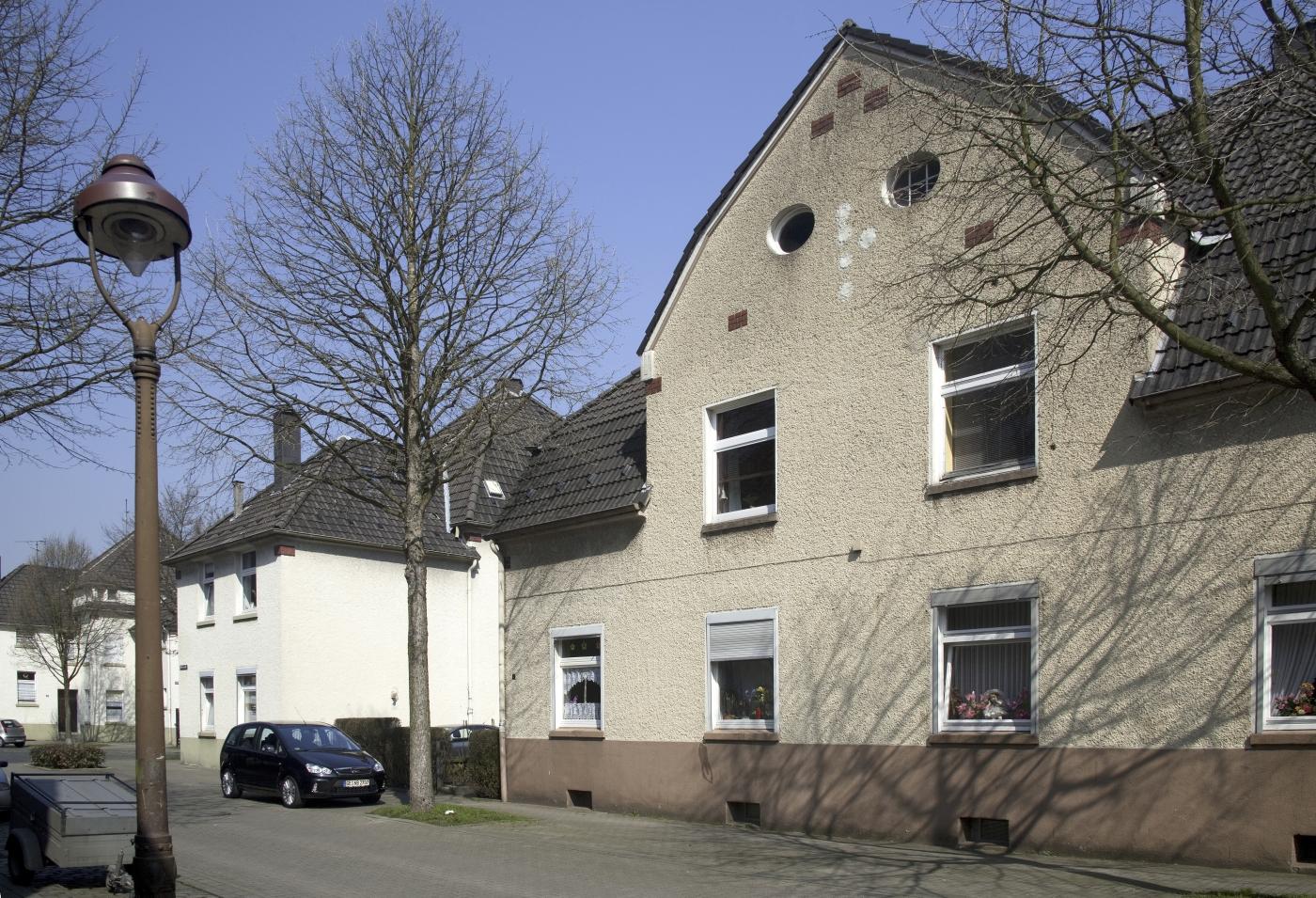 facade view of a house 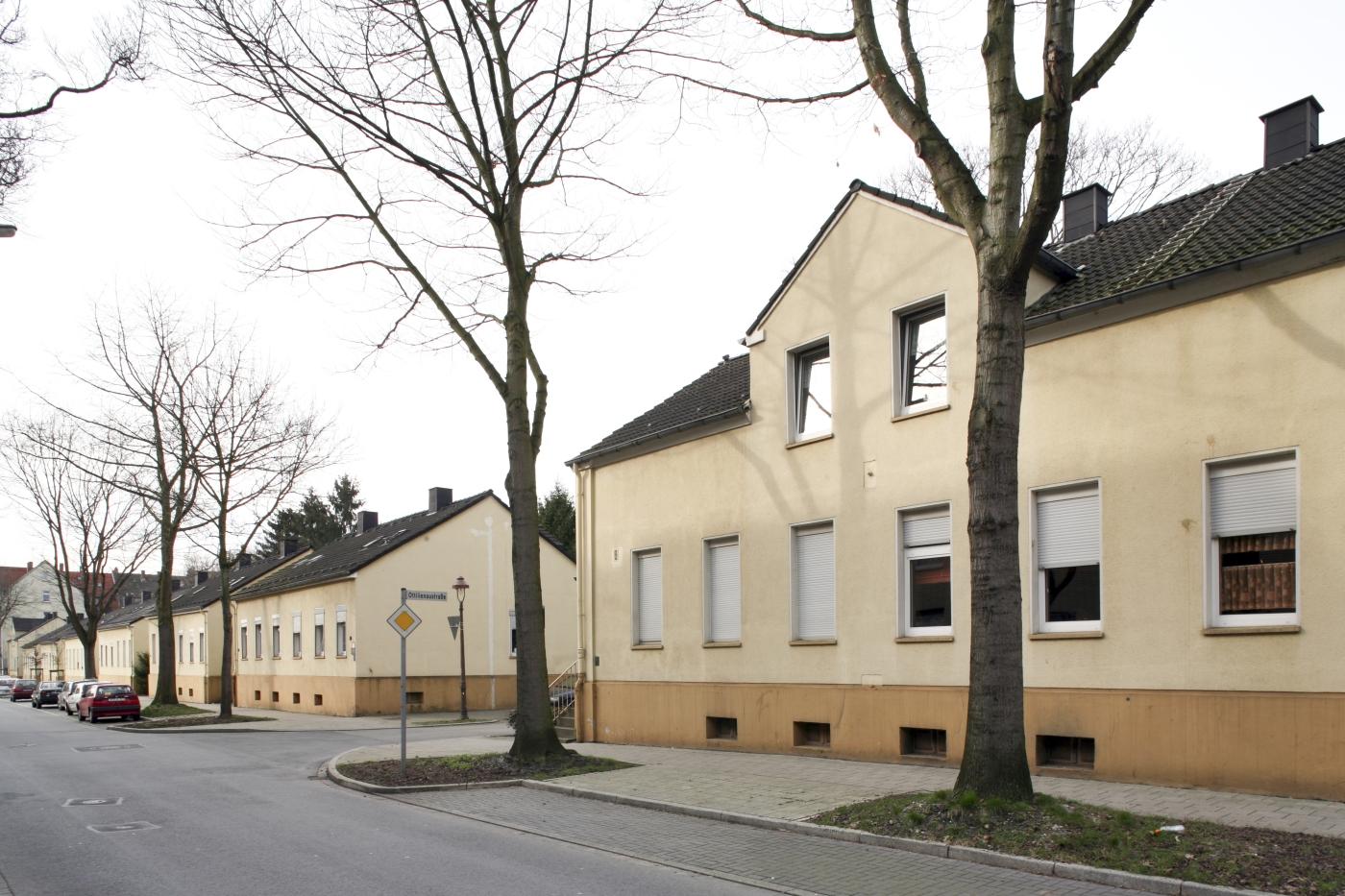 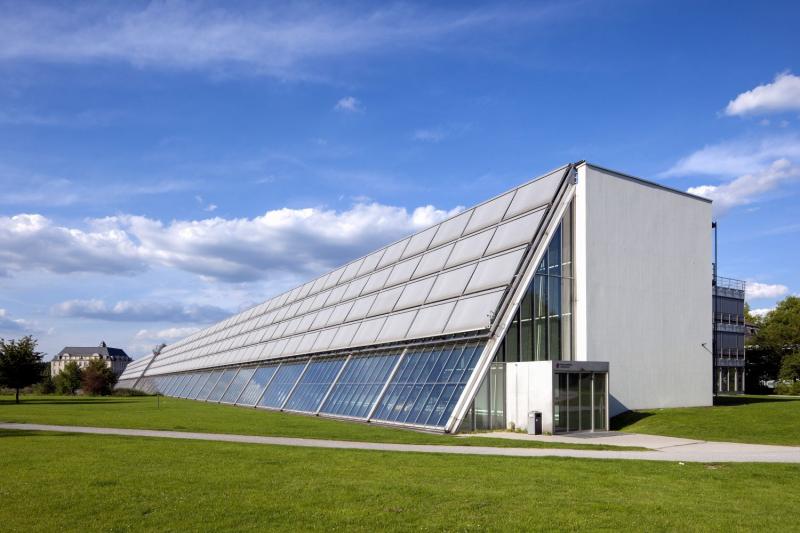 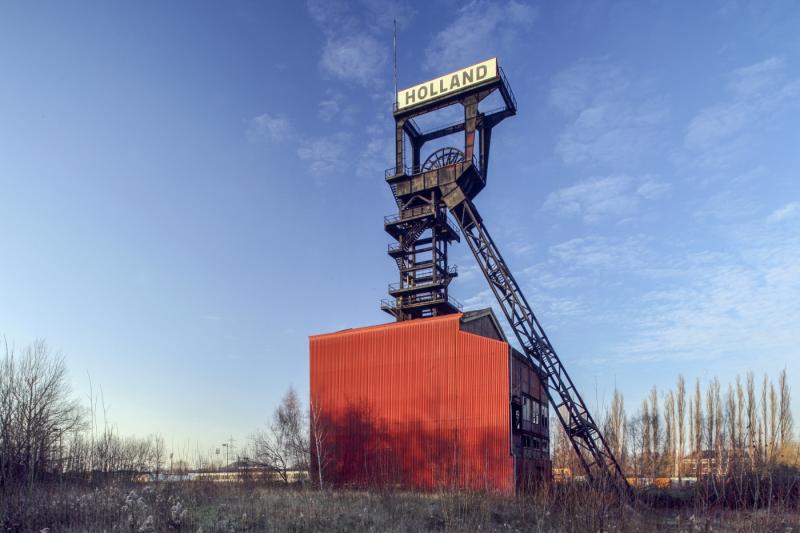 One of the oldest housing estates in the Ruhr area is Kolonie Ottilienau built from 1868 for the workers of the Zeche Alma pit. The strong resistance of its residents in 1972 against the estate’s planned demolition made it well known at the time. Gelsenkirchen became the centre of grassroots organisations fighting the demolition of workers’ housing estates in the Ruhr area.
When extraction began at the Rheinelbe and Alma pits in 1861 and 1871 respectively, many people moved to Gelsenkirchen who during the sinking of the shafts were housed with peasants nearby or in makeshift houses. In view of the housing shortage and the insufficient private construction work being undertaken, the pit operators Détillieux, Frères et Cie. were forced to create their own housing for their staff. Around 1870, Flöz Dickebank developed, in the beginning called Ottilienau. The oldest houses are still in Virchowstraße, Ulmenstraße, Flöz Dickebank and Flöz Sonnenschein. In the second construction phase from 1906, the house design and the underlying concept of the housing estate changed and a more sophisticated design was come up with. Influenced by the garden city movement, the previously uniform pattern got a more urban appearance by adding a market square and two-storey corner buildings.
In 1974, the local authority and Rheinisch-Westfälische Wohnstätte AG as the owner of the housing estate wanted Flöz Dickebank to be demolished and replaced by three to twelve-storey buildings. This project was resisted by a tenants’ initiative. Foreclosures and bricking notwithstanding, the residents prevailed and in the summer of 1976 the owner announced that it would renovate Flöz Dickebank
A new sentiment now obtained among both the public at large and experts. The 1970s saw a growth of grassroots organisations that fought the demolition of housing estates and property speculation and successfully defended their “residential area with a special social structure” (Wohnbereich mit besonderer Sozialstruktur).