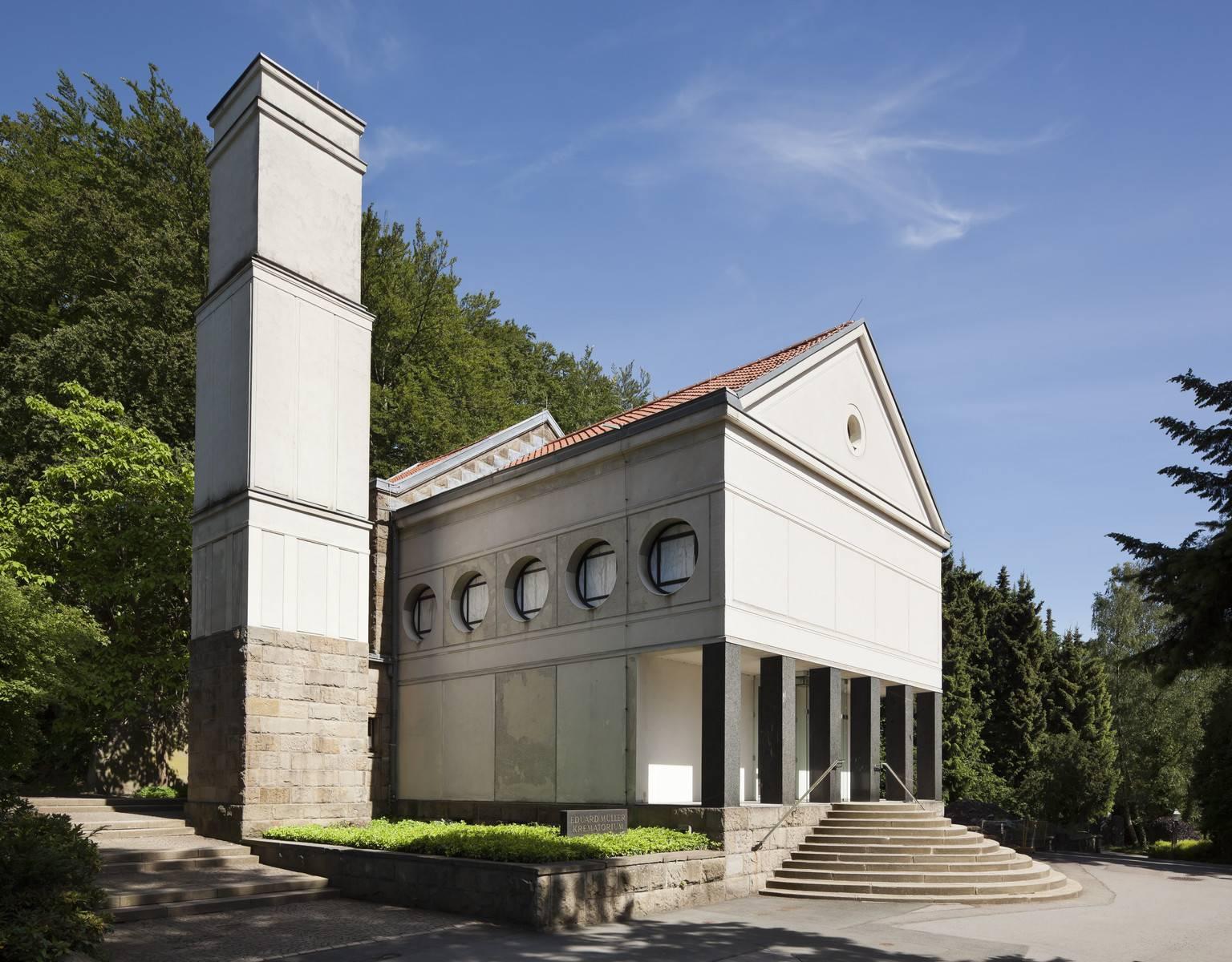 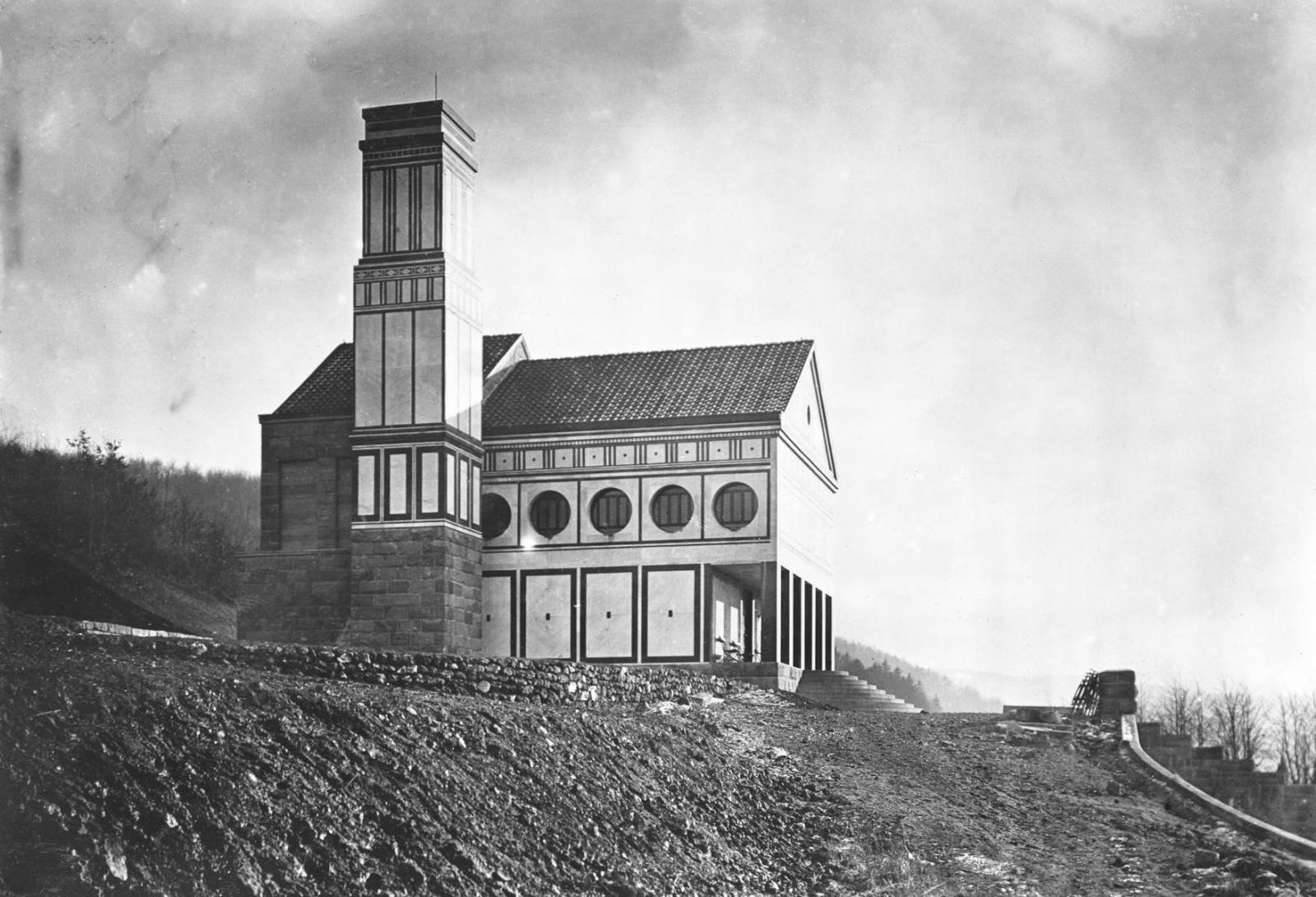 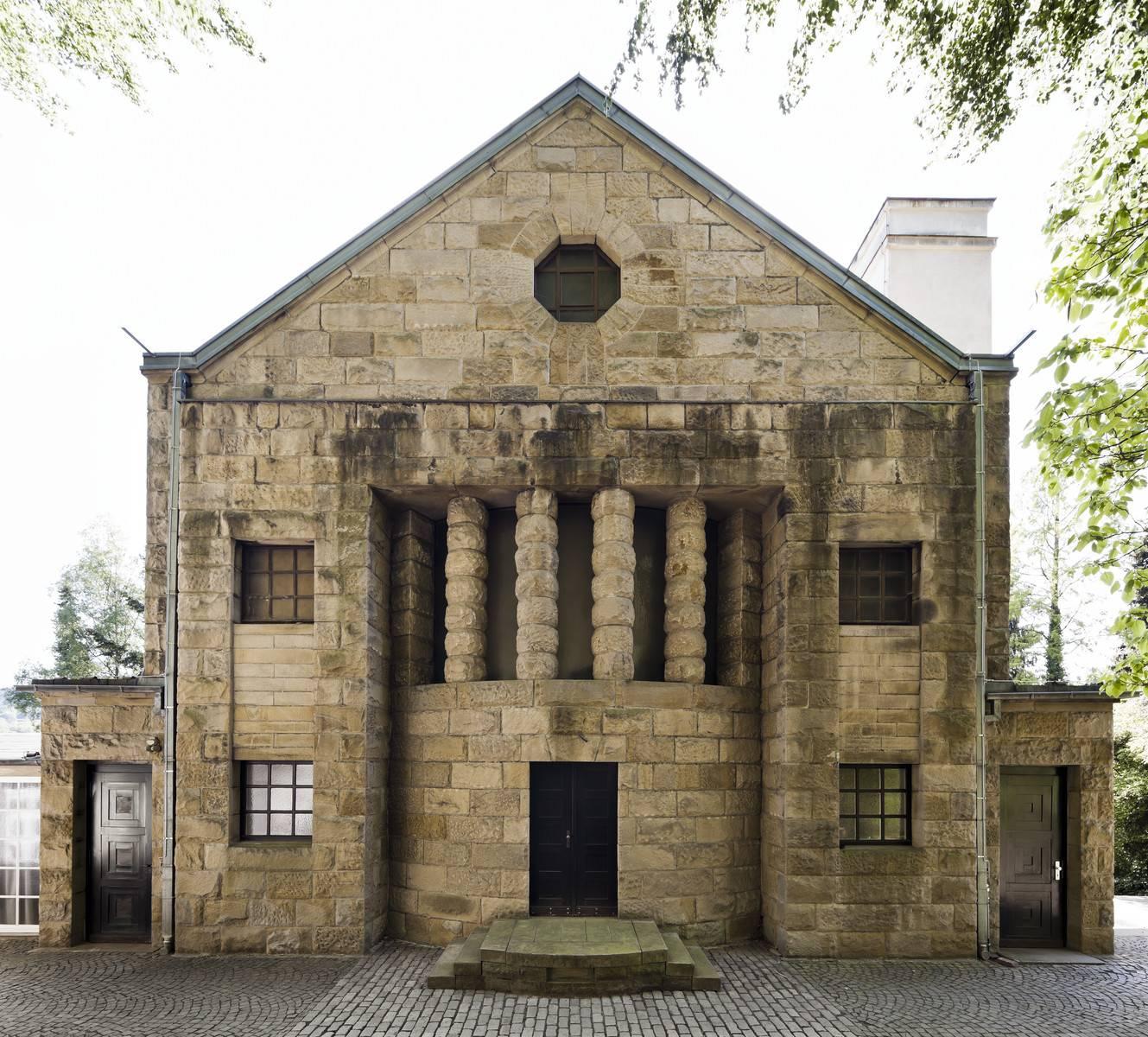 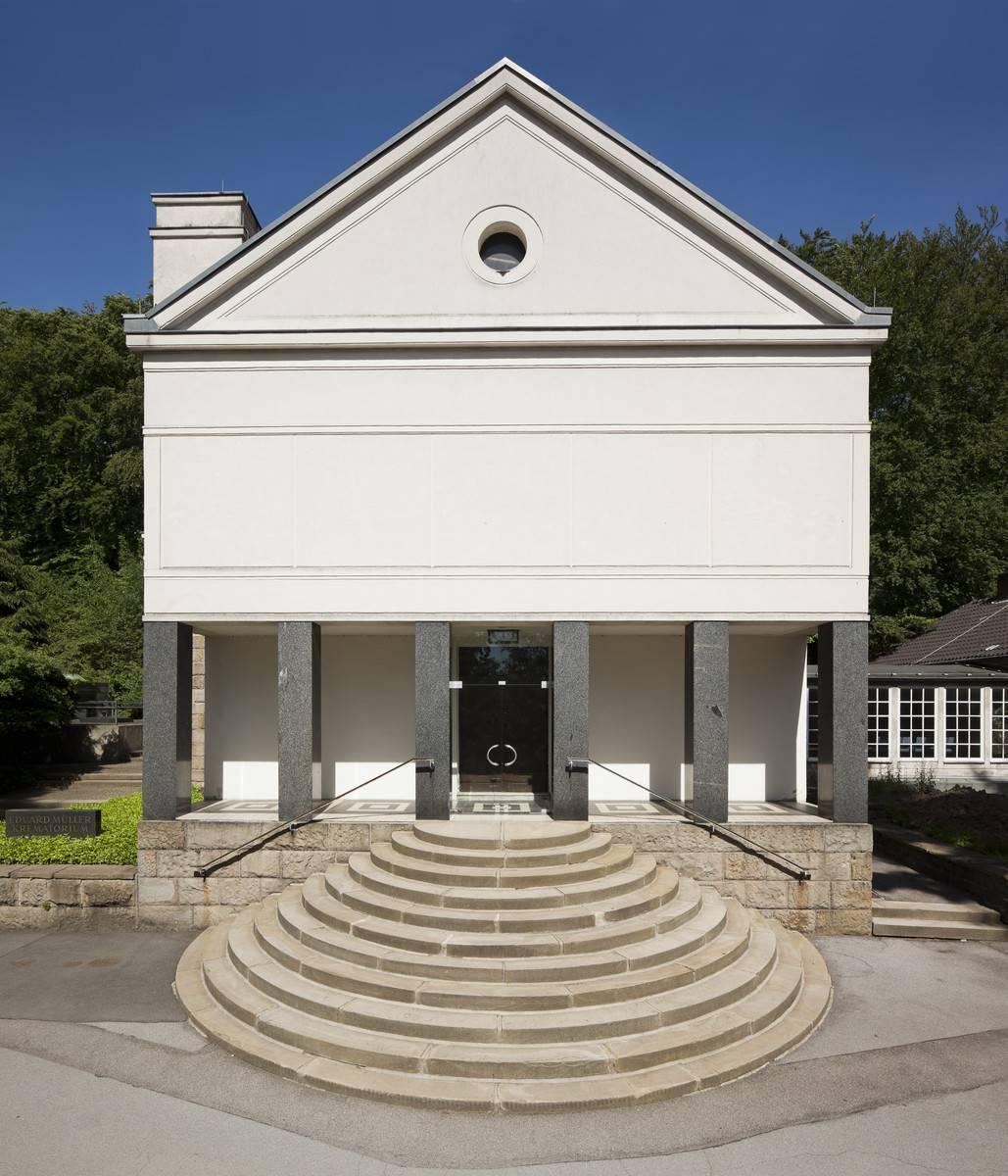 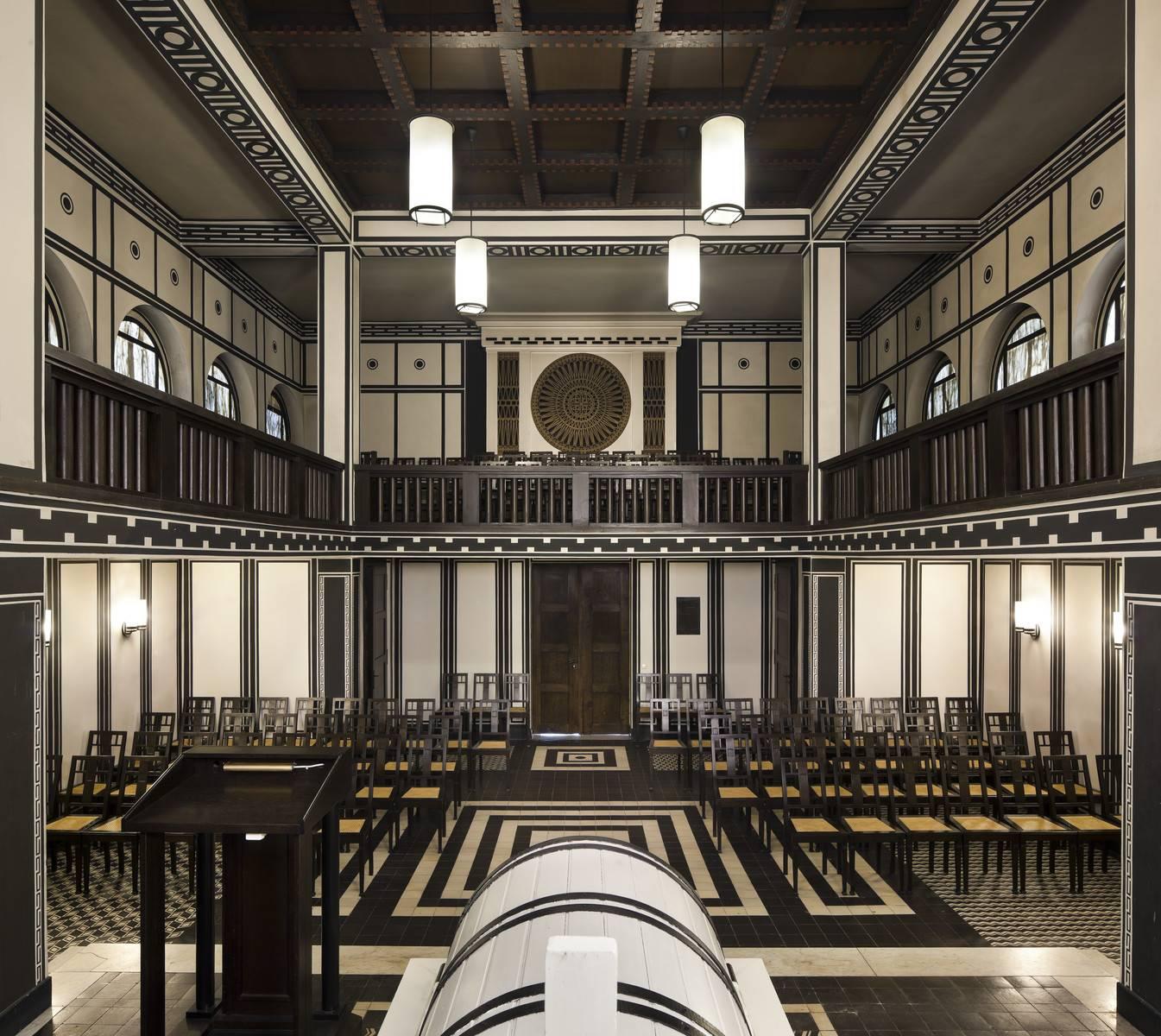 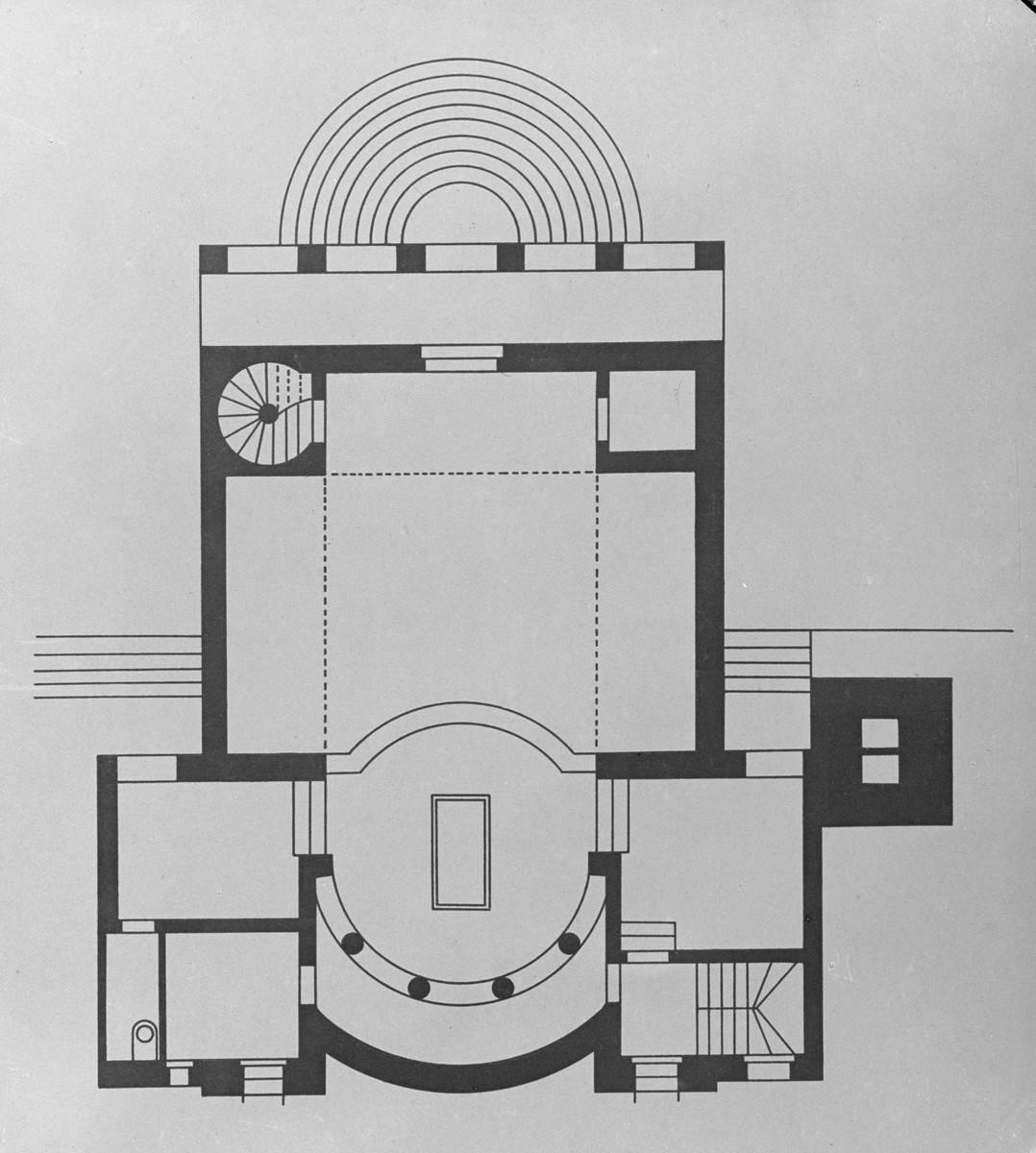 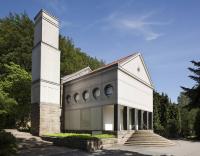 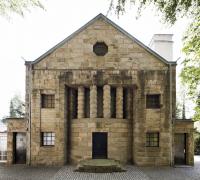 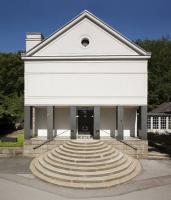 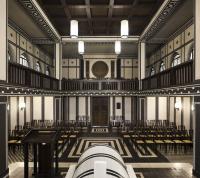 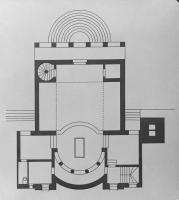 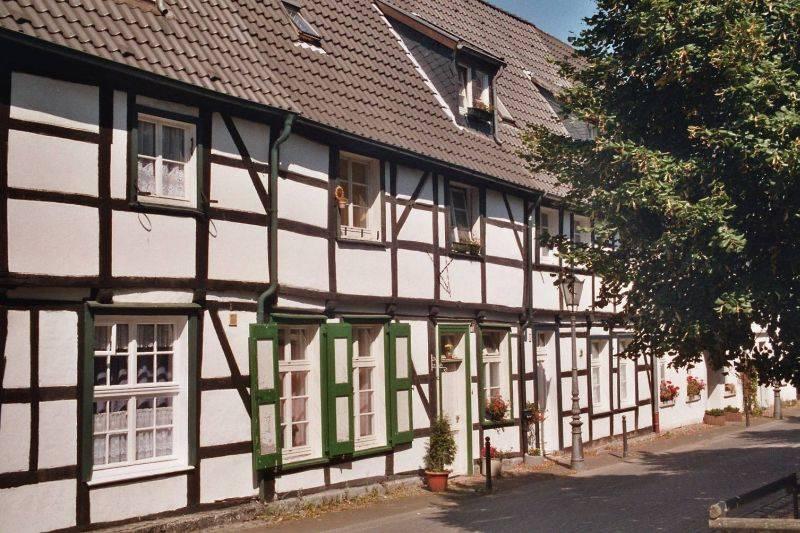 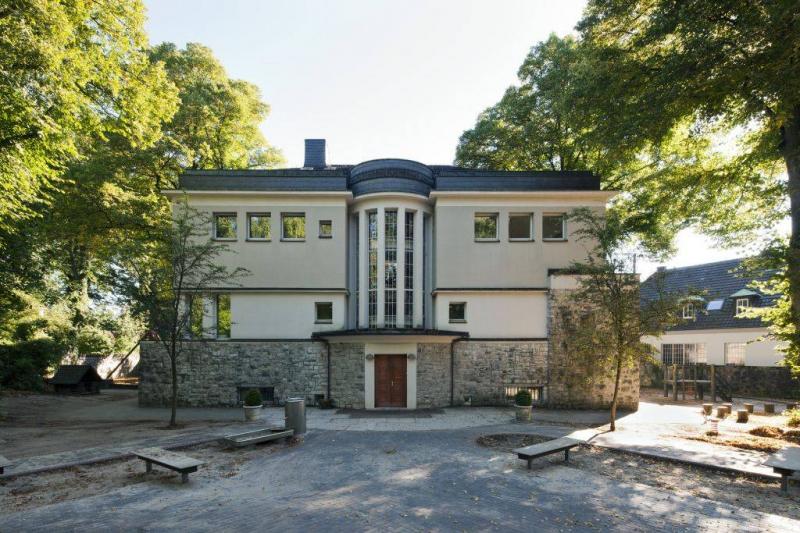 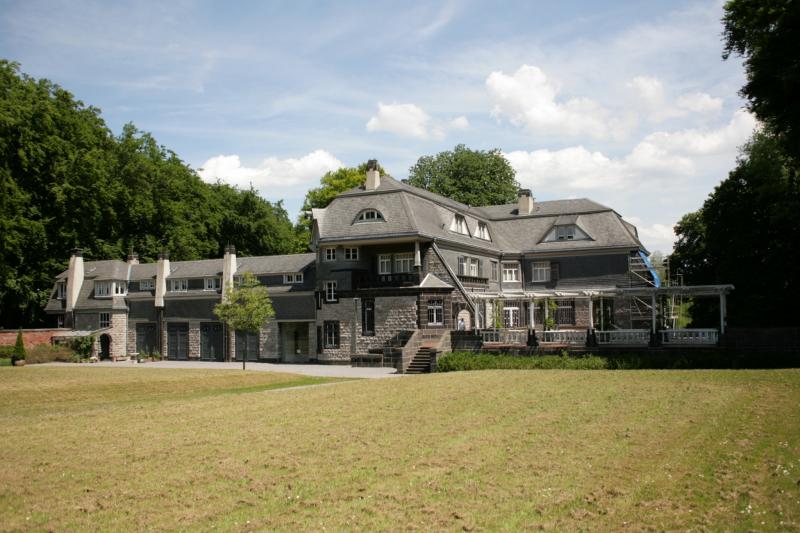 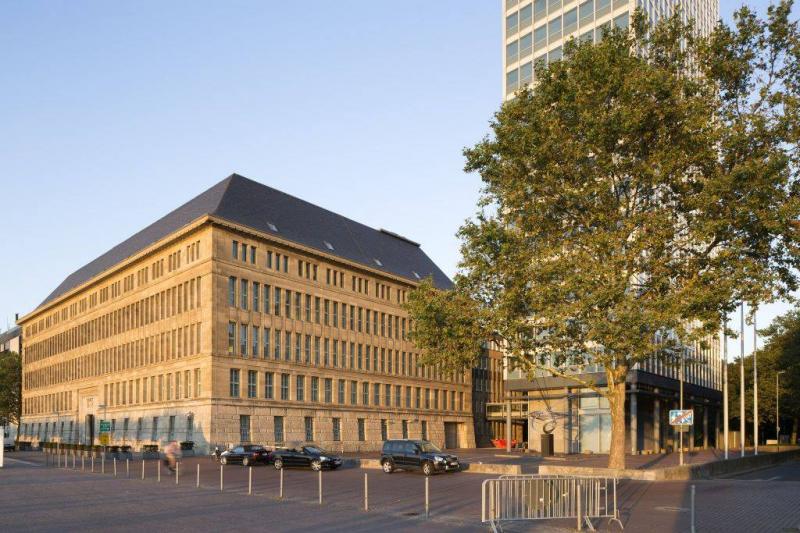 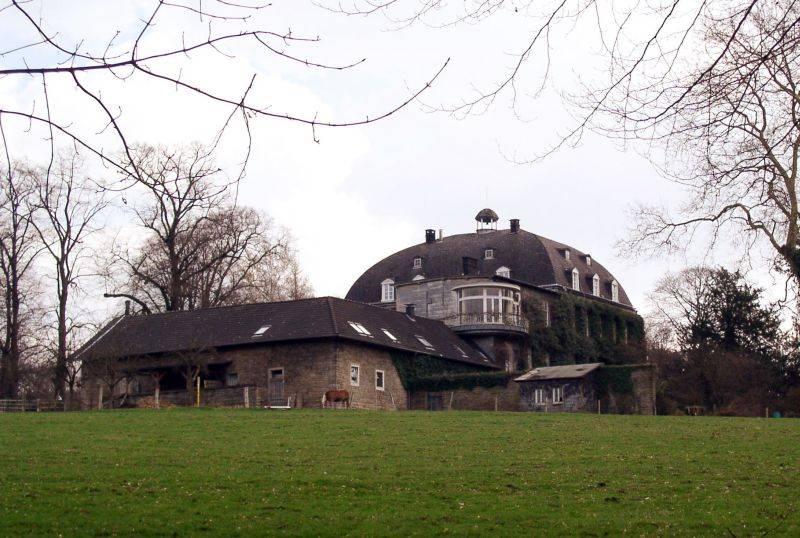 The construction of this building, built by architect Peter Behrens in 1907/1908, also goes back to an initiative by Karl Ernst Osthaus. It is deemed the first crematorium in Prussia. Due to then applicable legislation, it could only be commissioned in 1911. In contrast to the then usual ecclesiastical architecture, this is of a strictly geometrical design, modelled upon the medieval Florentine church of San Miniato al Monte. The outer walls of the monumental cubic building flanked by a chimney shaped like a tower originally were faced in b/w marble, which had to be removed as early as 1912 for constructive reasons. The surfaces were then plastered as planned by Behrens. The exterior design is variedly repeated inside as b/w sgraffiti.