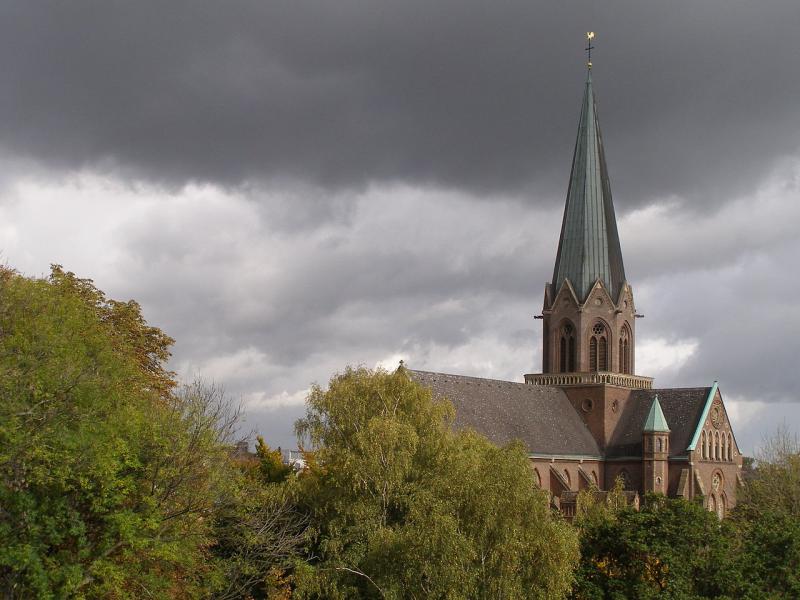 In a street characterised by perimeter development typical for Dortmund suburbs, a two-storey apartment building was renovated and expanded by one floor. The two existing floors had to be adapted to today’s housing standards and their ground plans were more or less preserved.
The new floor above got a slightly different ground plan with an open dwelling area. The access core at the gable wall with its old wooden staircase and toilets was removed entirely and replaced by a reinforced concrete staircase with a light well. The light well is also an art well with pictures.
The building has large horizontal window openings and provides framed views of the surrounding buildings. With its traditional roof shape and its plain cubic design the building would appear to be a typical house of this quarter, if it were not for the new shell that resembles a colourful block whose surface of fair faced plaster changes in the light as if it were a gigantic brick.
In the interplay of tradition and reduction, the various images conveyed by the house are superimposed and do away with the old image that is still reflected in the adjacent houses.
The fact tat the building is situated next to a drive and company yard makes for an urbanistic front and gable view.