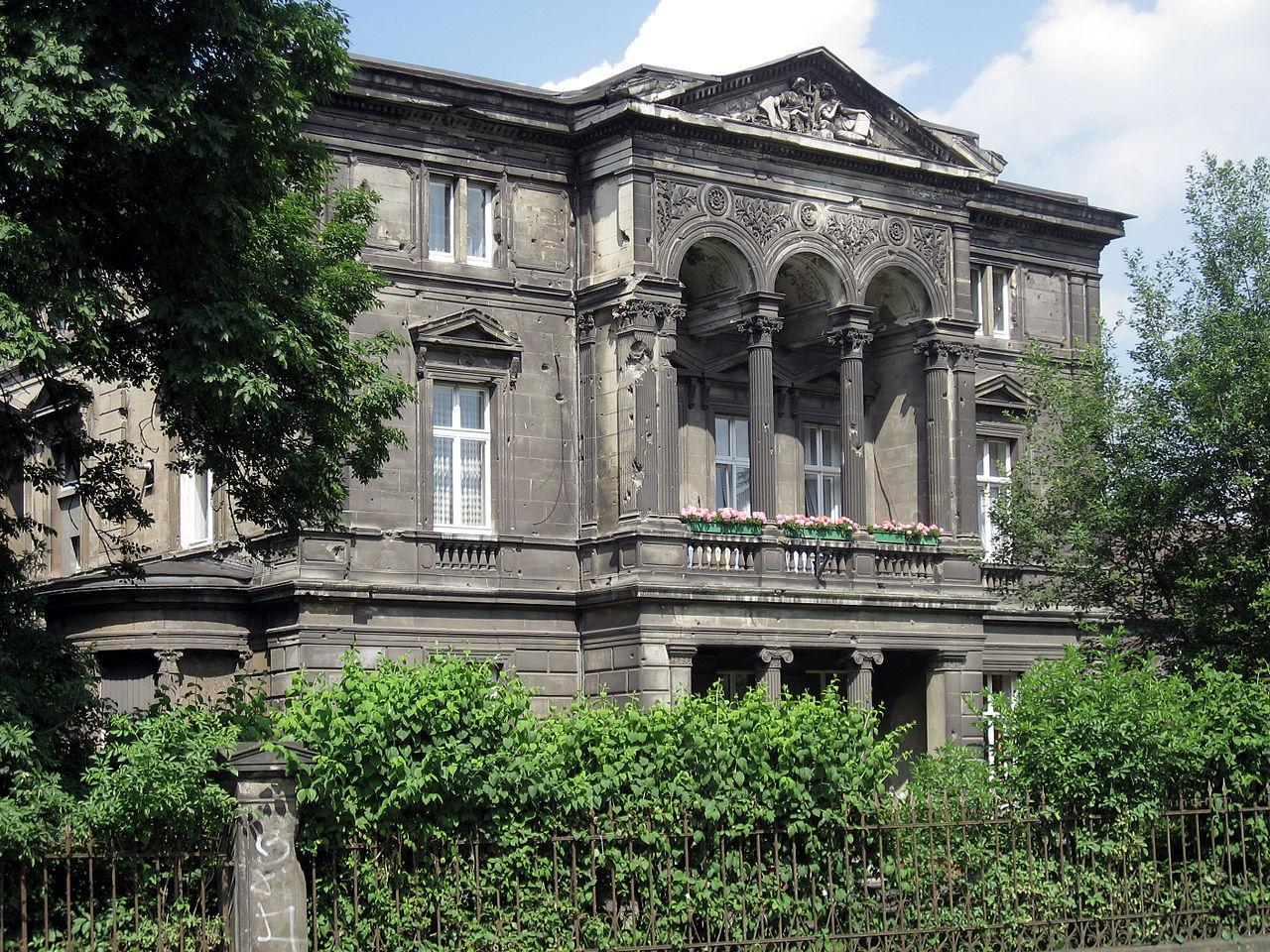 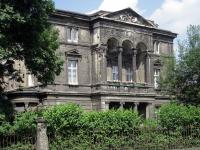 The unusually colossal building in the “Italian” late-classicist style is one of the top-quality residential buildings in Witten. It was allegedly planned from 1873 by the architect W. Bovensiepen from Kupferdreh.
Factory and distillery owner Gustav Lohmann leased the distillery Lohmann, founded in 1790 in conjunction with the steel works, from the family – initially alone, later with his brother Albert. It traded under the name "Albert & Gustav Lohmann".
The two-and-a-half-storey building has a front porch, on the ground floor between a portico with Ionic columns opening up into a wide, straight perron. Above it, Corinthian columns bear a triple arcade with plenty of leafage ornamentation.
The field of the flat triangular gable is ornamented with industry and commerce allegories, with a caduceus in between. This is a reference to the principal’s entrepreneurial activities. The back features two disparate original porches. An age-induced patina and some war damage demonstrates the permanence of 19th century architecture in an impressive fashion.