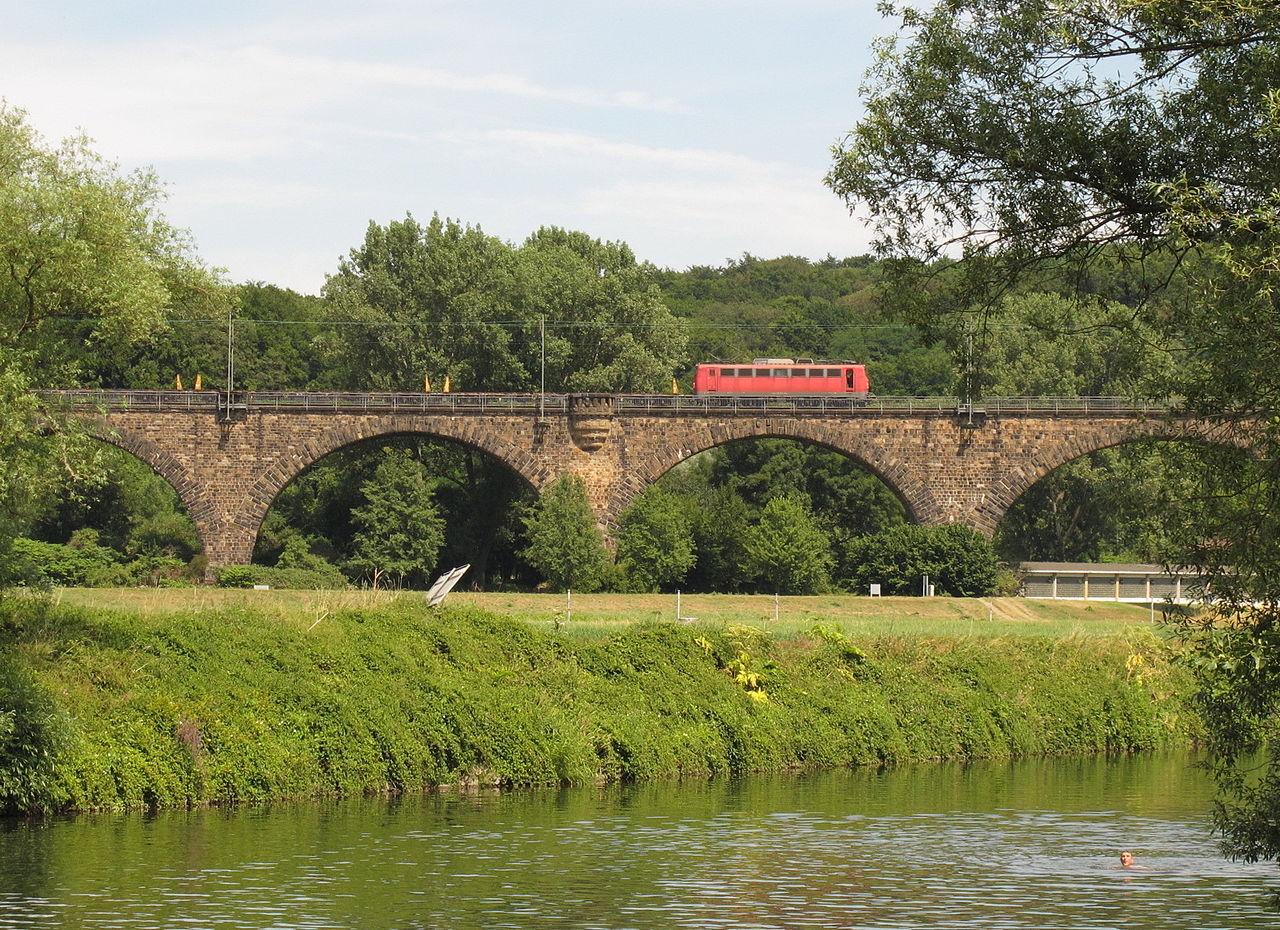 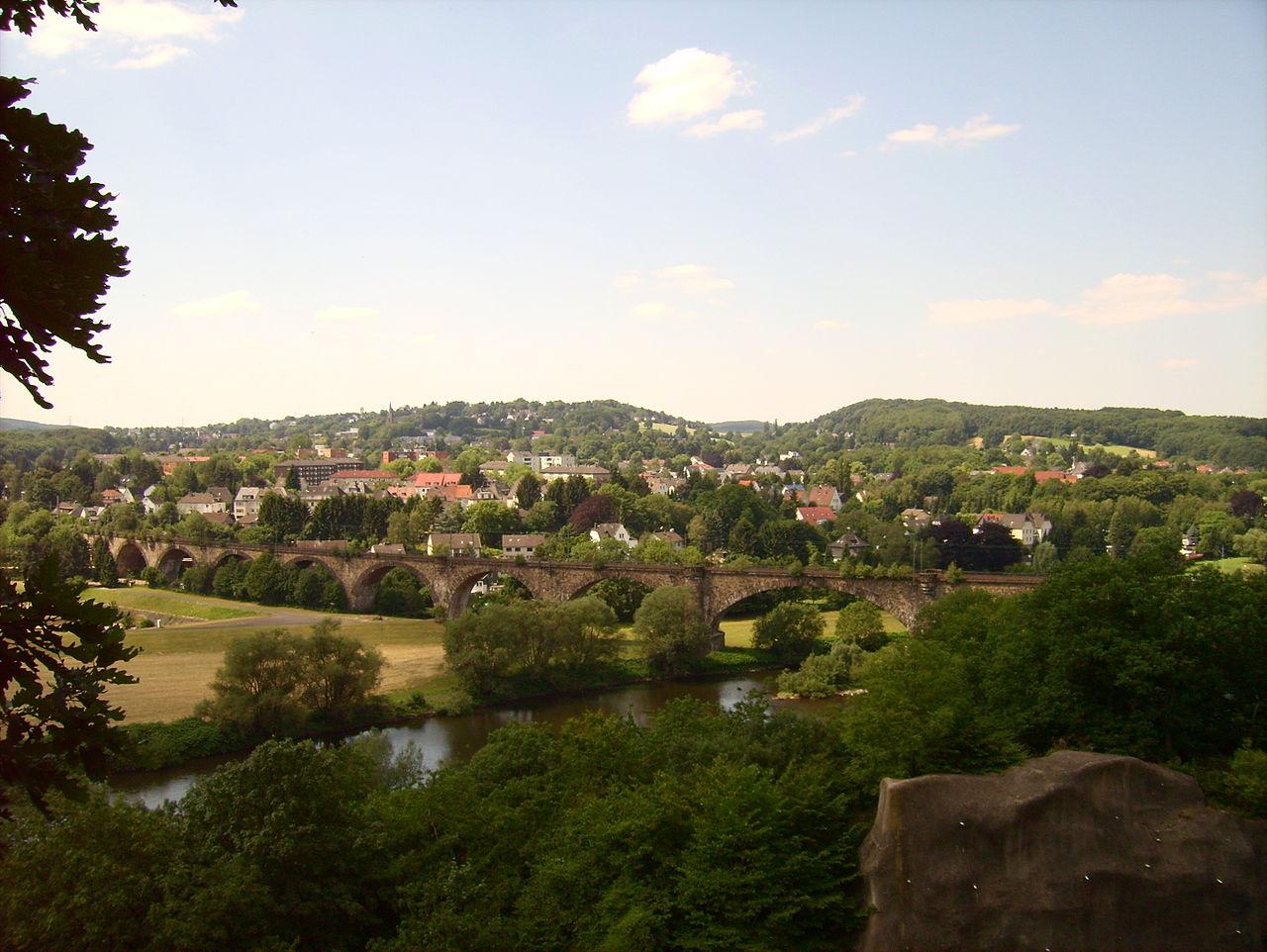 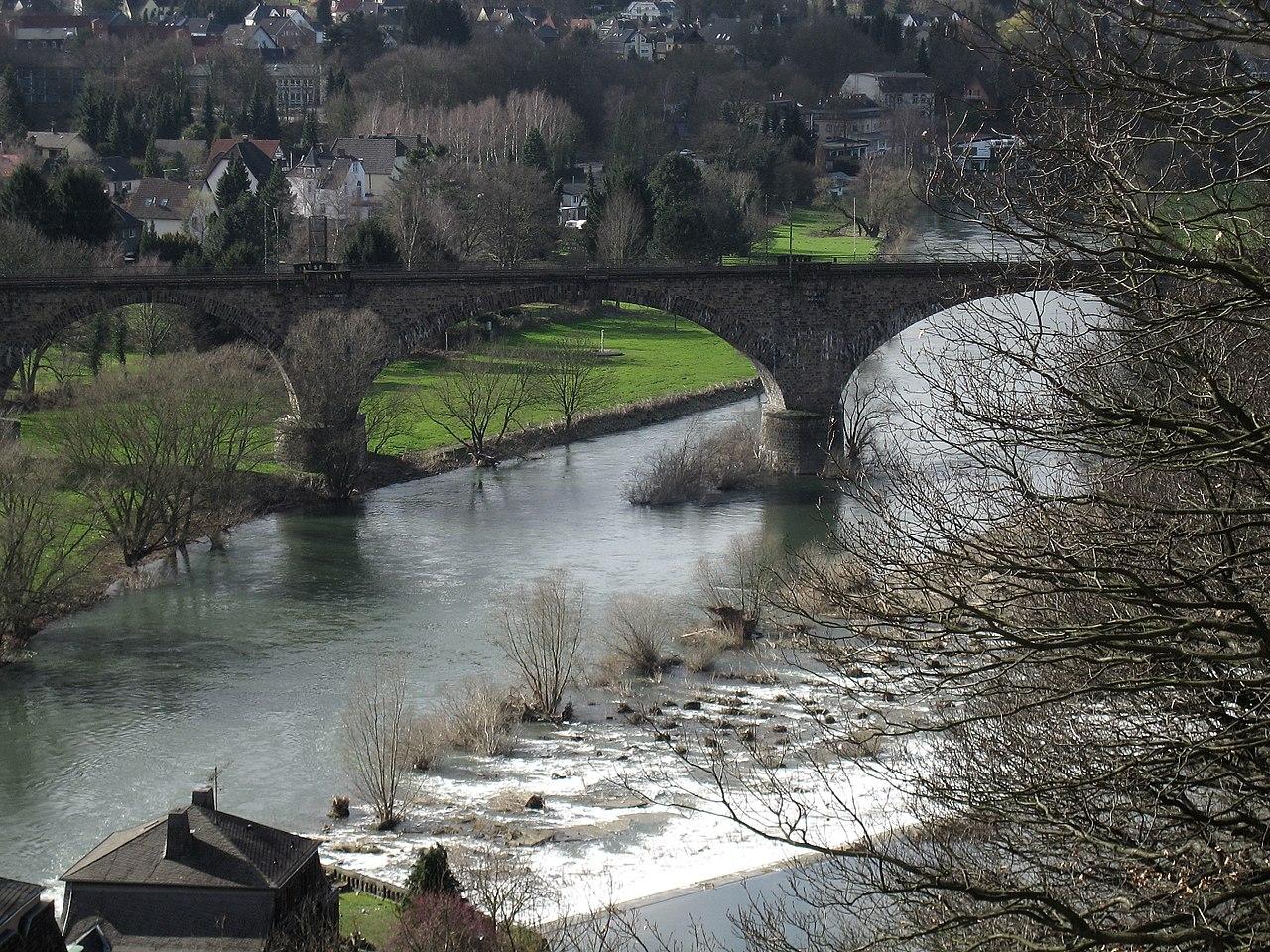 arches over the Ruhr 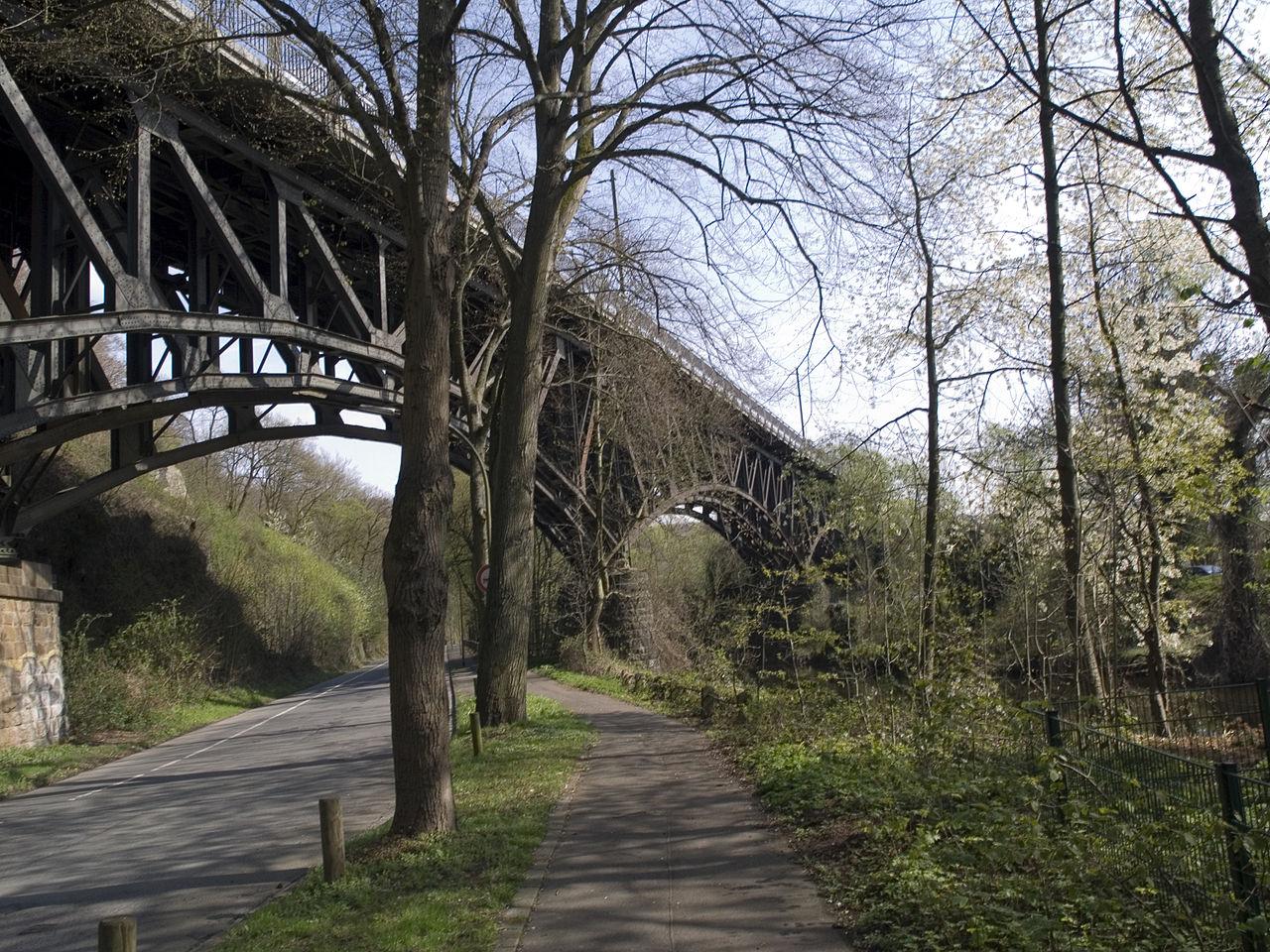 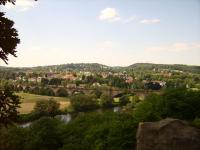 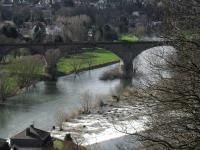 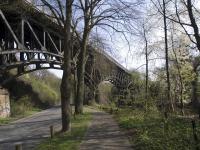 A picturesque railway viaduct runs across the Ruhr valley near Witten. With 20 arches, three thereof made of steel, it links the railway lines on either side of the River Ruhr. The 600m arched bridge with a top road was built from 1913 to 1916 as part of the planned railway line Witten - Schwelm.
Three arches made of steel lattice formwork across Wetterstraße, Mühlengraben and Ruhrdeich interrupt the smooth line of the 17 sandstone arches and the long supporting wall at Wetterstraße and Gasstraße, also faced with sandstone. At the time, it was not deemed a new way of how to build a bridge. In connection with the long interval between construction and commissioning it was rather an occasion for speculations about constructional defects, which, however, have never been substantiated. According to the latest findings, the very slanted arches built by the Dortmund-based steel engineering company August Klönne can be put down to a barter transaction.
Finishing the railway line was delayed way beyond WWI and the French occupation of the Ruhr in 1923/24. In 1926, the viaduct was at least and at last opened for goods traffic from Witten West (since 1940: Witten Hbf; main station) to Wengern Ost and the Hagen-Vorhalle marshalling yard, before on May 14, 1934, the Witten – Schwelm line was finally opened as well.
After only 45 years of service, the Schwelm line was given up again in 1979, and in 1986 passenger traffic on the Witten Hbf – Wengen Ost – Hagen Hbf line also ended, since when goods trains have been the only regular trains to use the viaduct. Now and again, however, one can also see and photograph rerouted passenger trains, including ICEs. The best such place for train spotters is the Bergerdenkmal up on Hohenstein, a "Route der Industriekultur" panorama, opening up a great view across the Ruhr valley, the viaduct and the original Bergisch-Märkische Eisenbahn railway line between Wetter and Witten.