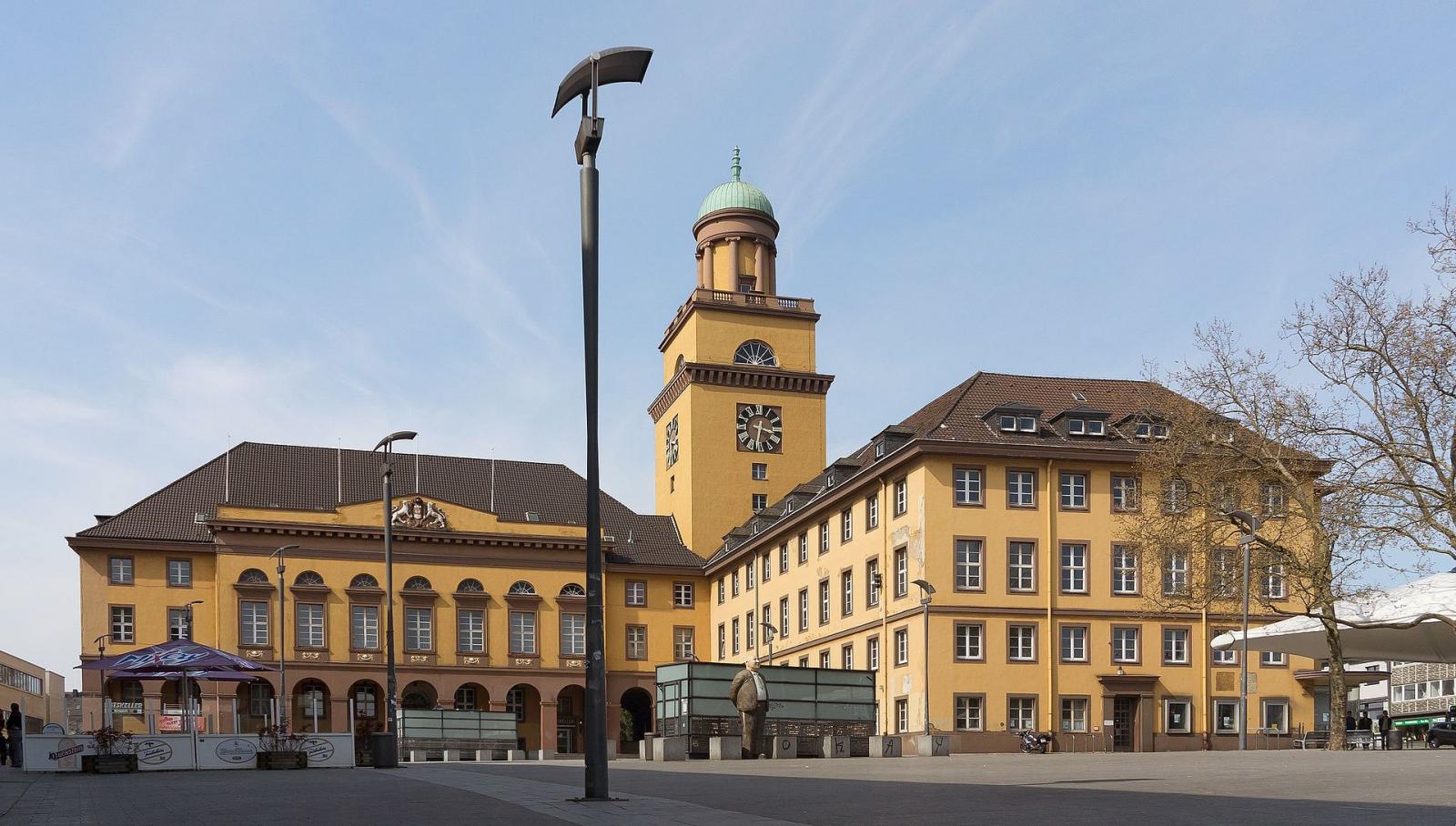 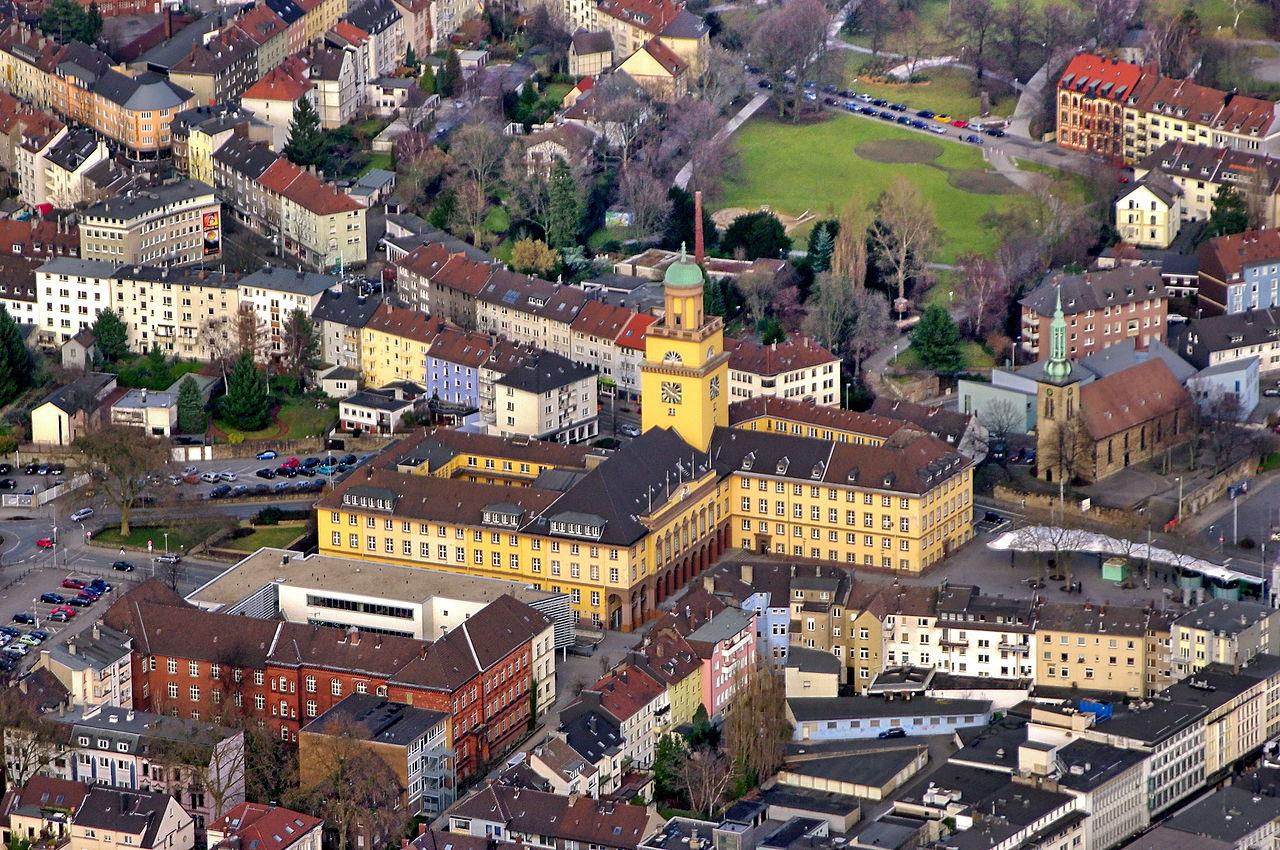 Witten town hall was built between 1922 and 1926 after a competition had been held in 1911 and the Great War prevented construction. After the war, the second prize (architect Jennen) was both preserved in its traditionalist basic strcture and simplified by the town’s construction officer Bewig and architect Coste. We thus find a building of late historism in a reduced neo-baroque style.
The complex combines various traditions of town hall and palace construction: the hall structure of a medieval town hall, the four-wing structure of a baroque palace, the campanile of the Italian tradition and the arcade as a loggia for meetings.
These traditions were newly combined for a structure to accommodate a large local authority and the council chamber.
In urbanistic terms, the building, in conjunction with the steeple of the adjacent Johanniskirche (a church) - and in the past also in conjunction with the steeple of the now demolished Gedächtniskirche – forms Witten’s “town crest”. It dominates the squares and streets around it. Its eastern wing along the main street is a concrete frame structure with deep-seated window infill panels and shops on the ground floor and thus a typical 1950s annexe and monument to reconstruction.