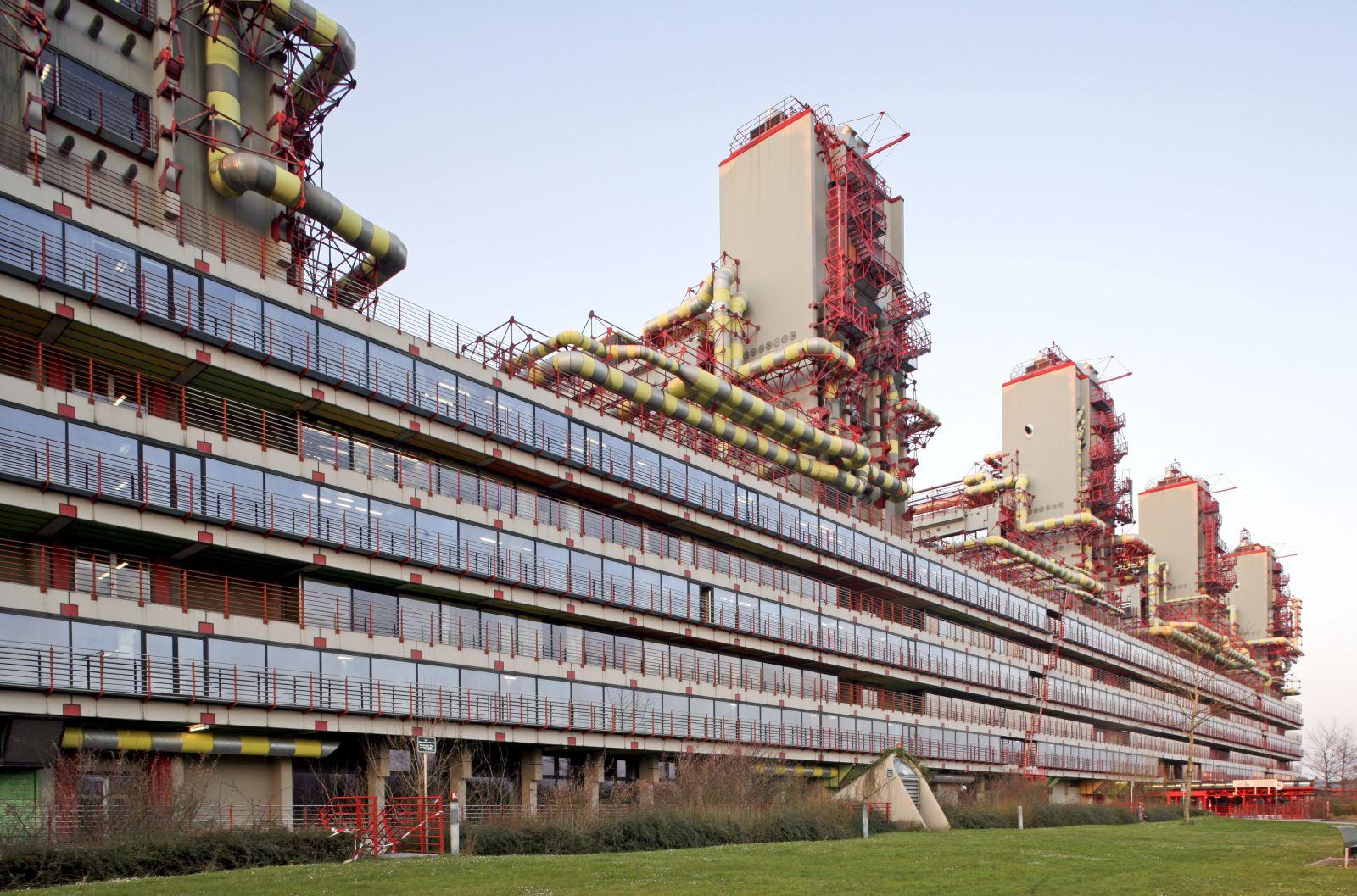 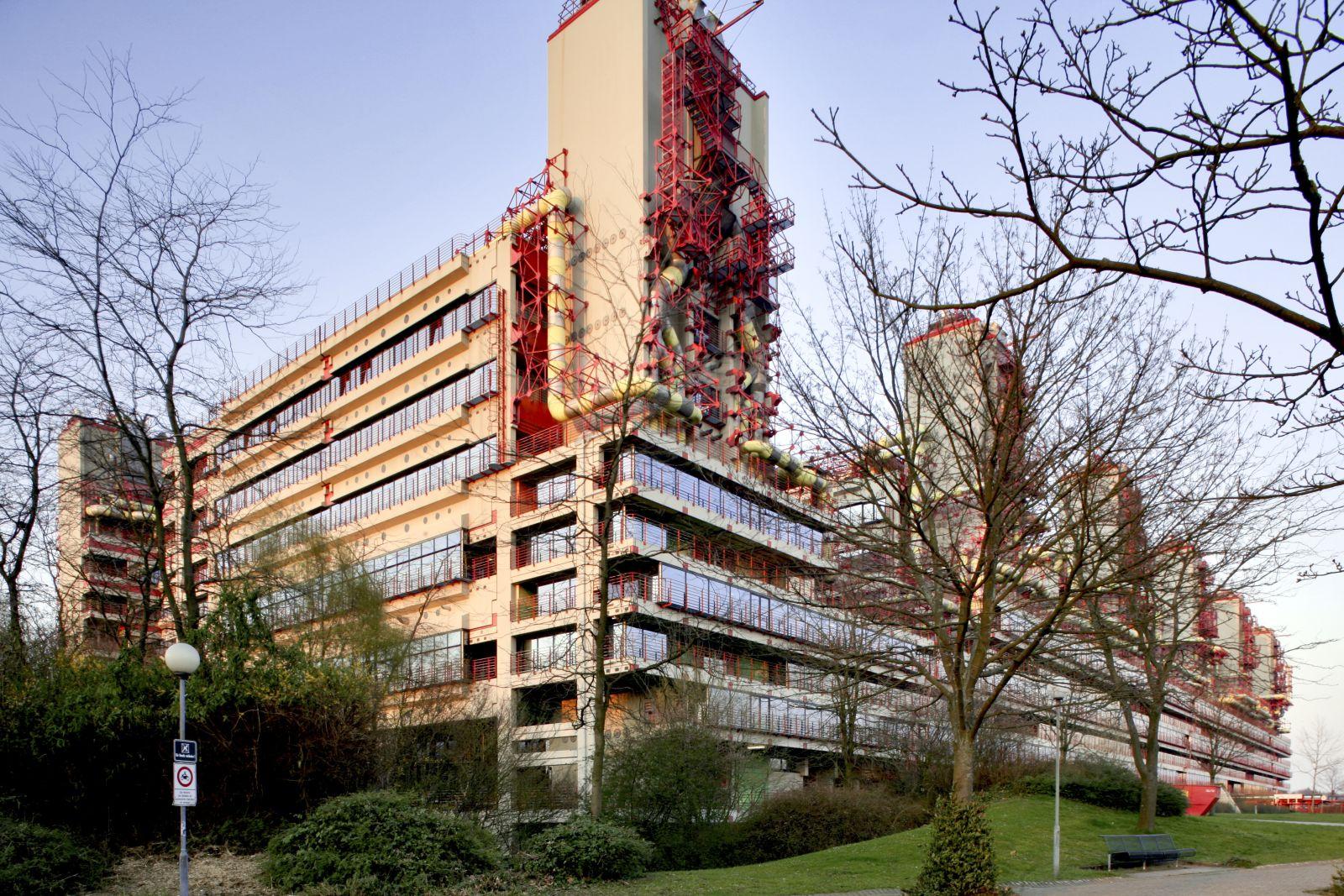 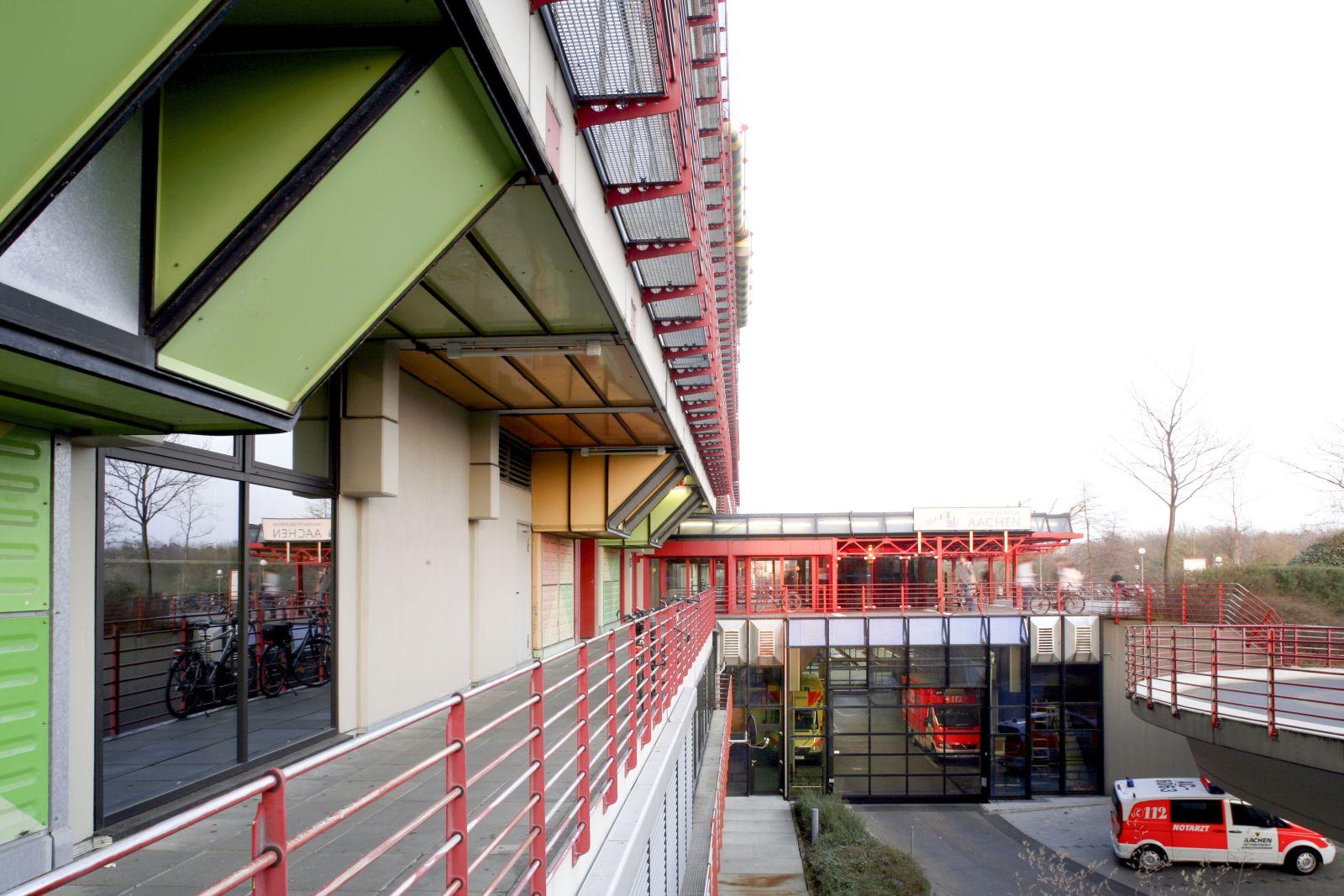 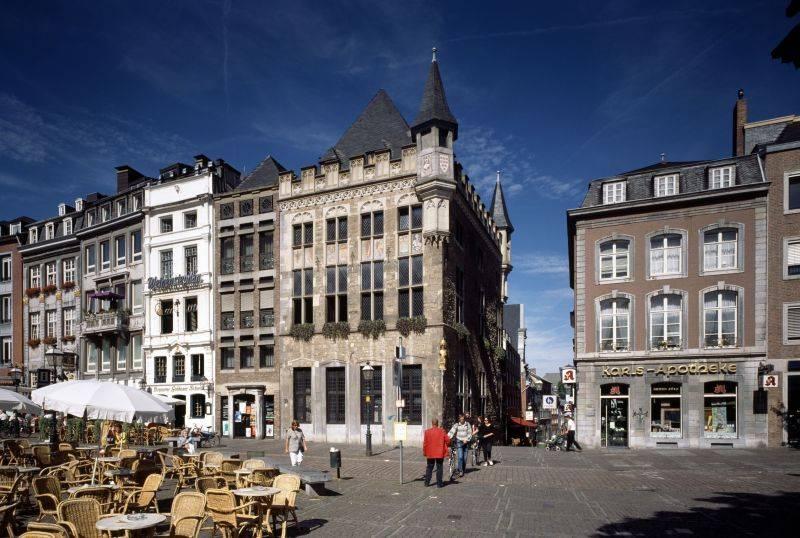 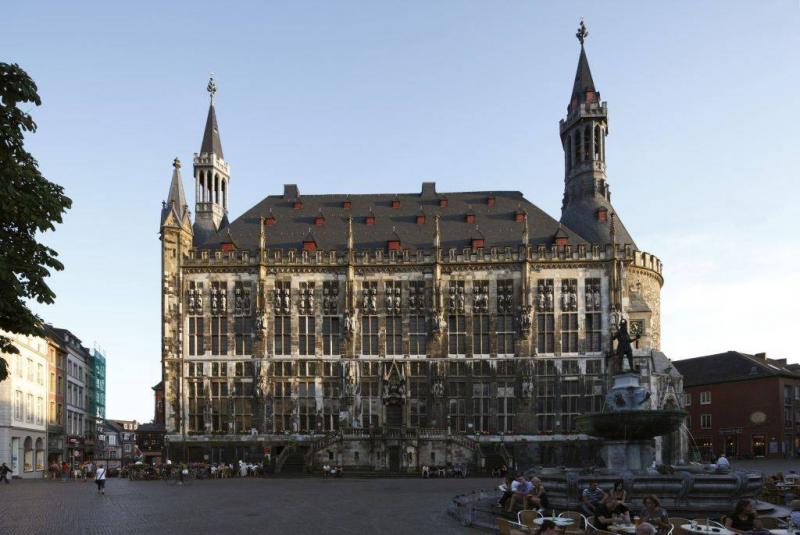 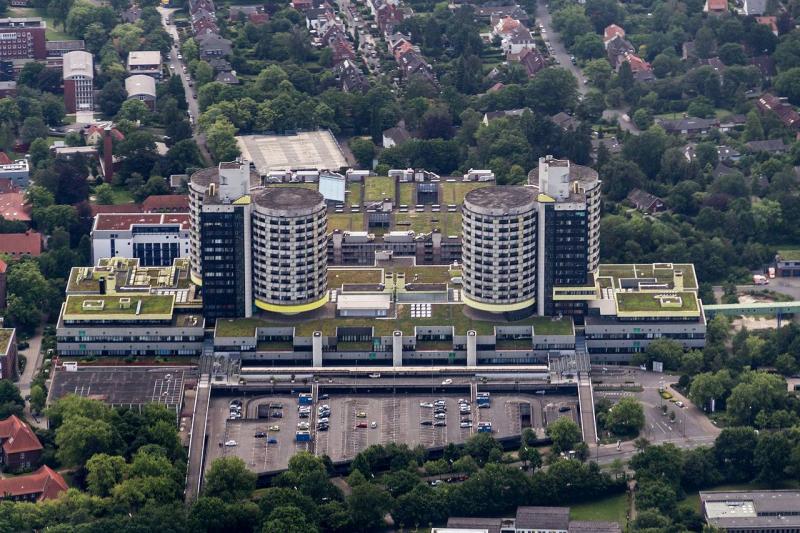 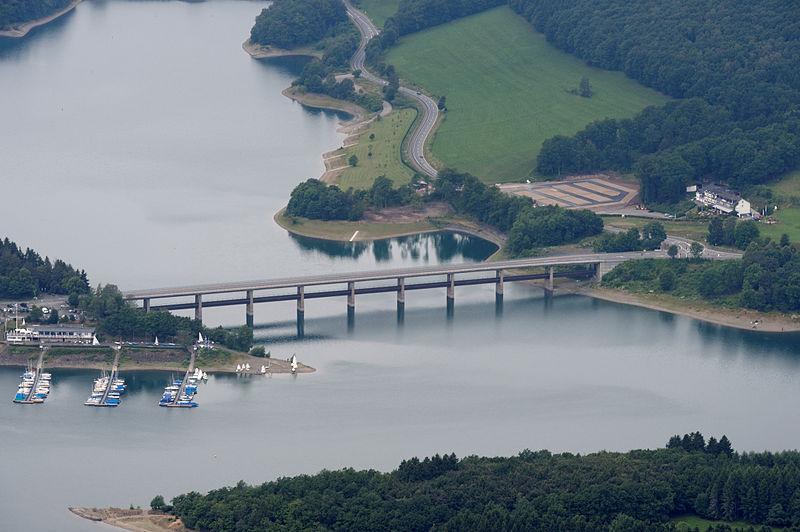 With almost 6,600 rooms, Universitätsklinikum Aachen is one of the largest hospitals in Germany. The 33 clinics cater for about 48,000 in-patients p.a.
The huge size was necessitated by the concept of having all medical faculties plus research and teaching in one building. This centralisation was supposed to promote a rational use of all resources and a training of the students close to the patients.
Built between 1968 and 1985, the huge project was realised in the so-called synchronous mode, i.e. planning and building were done simultaneously.
With its HVAC elements made visible both outside and inside, the colossus is a representative of technical modernism, like, for example, the Centre Pompidou in Paris.
The complex is modular and makes for free interior work.
This concept also facilitates the renovation planned for 2007, which will include a basic change in the use of various parts and the realisation of new HVAC concept that is supposed to reduce energy consumption considerably.