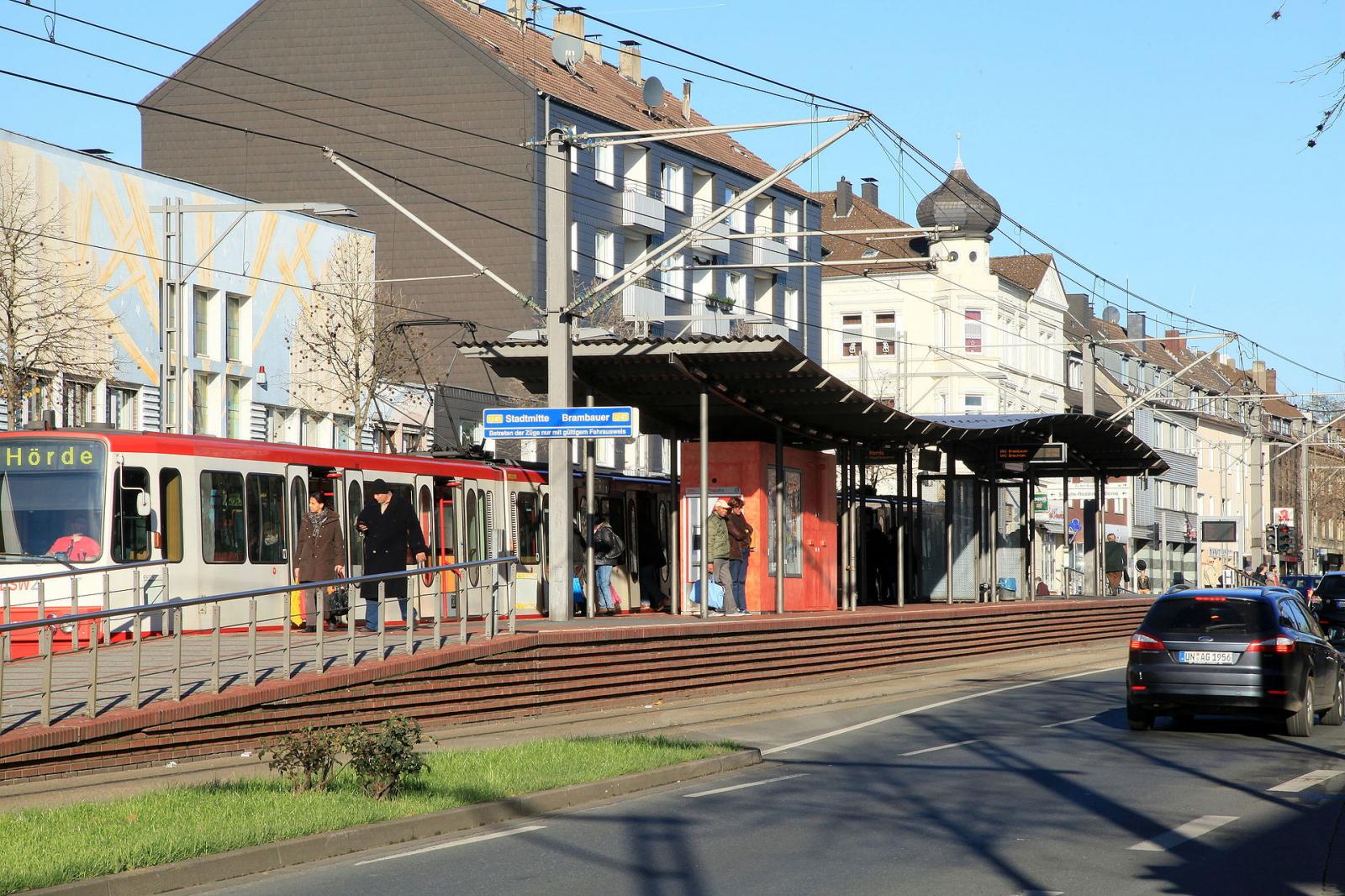 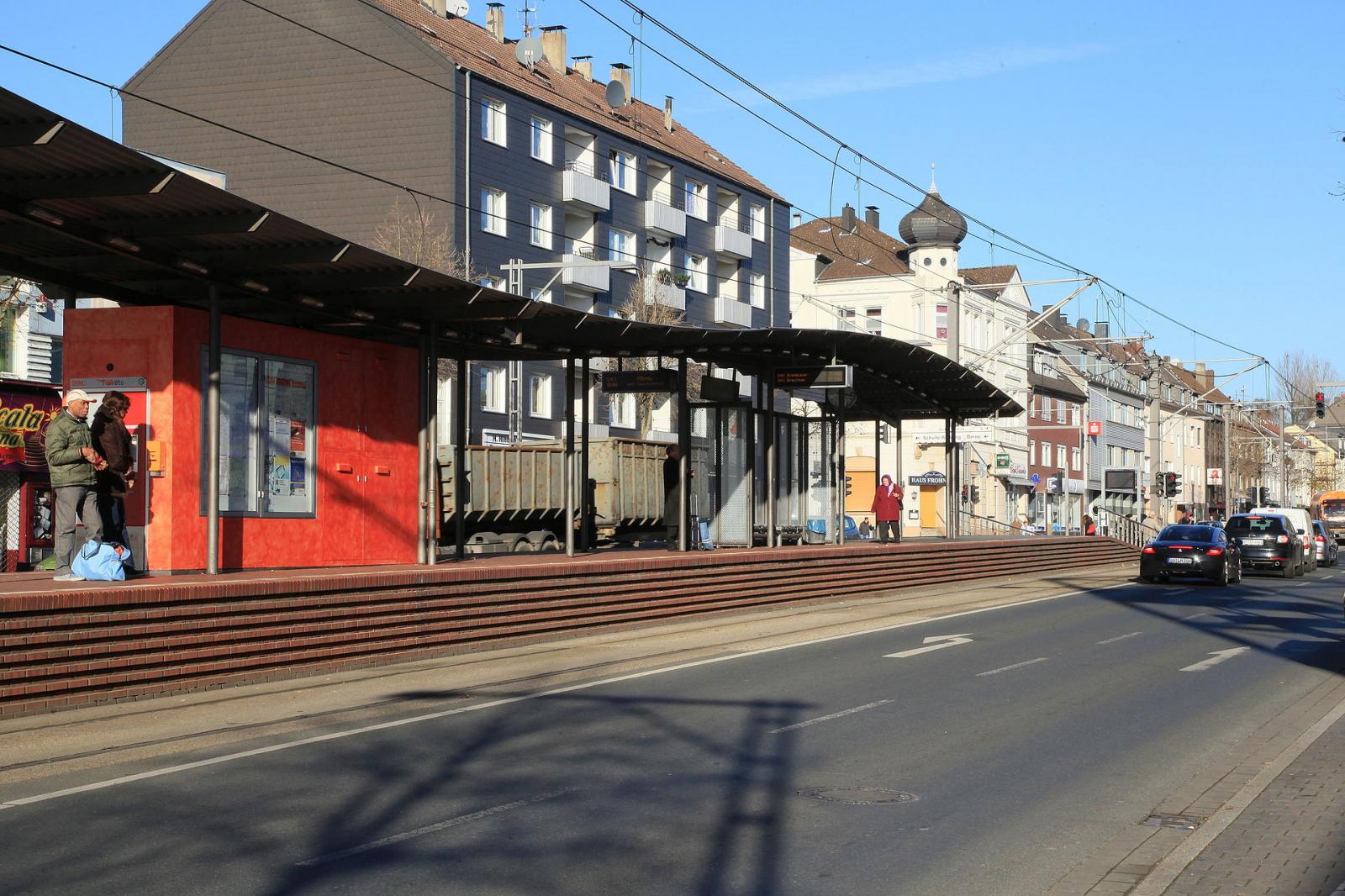 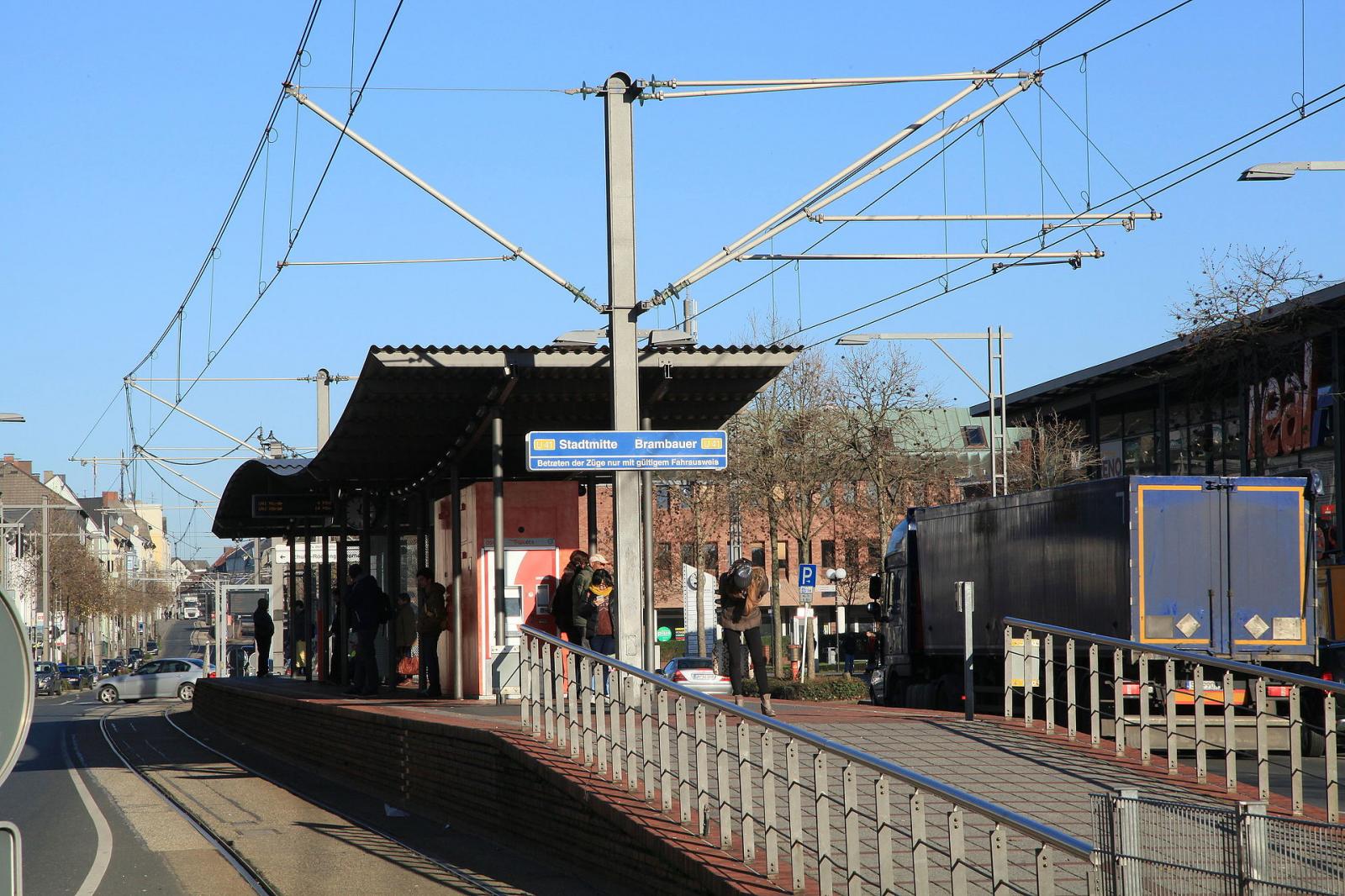 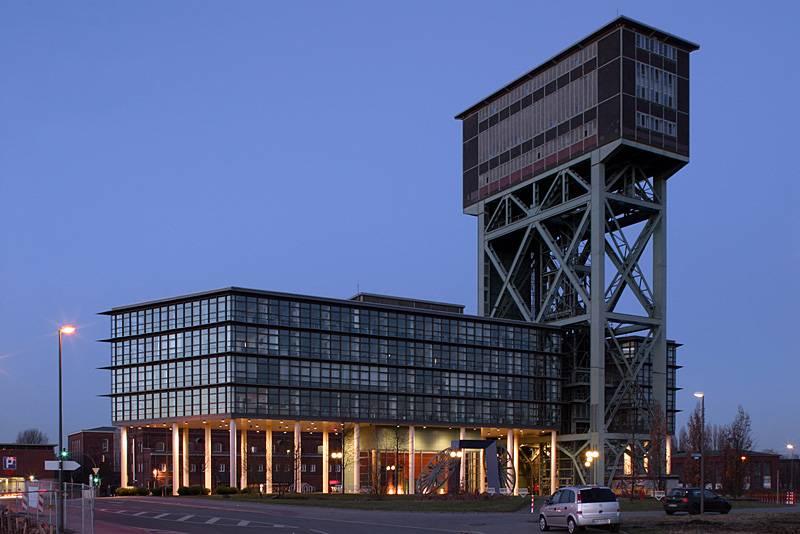 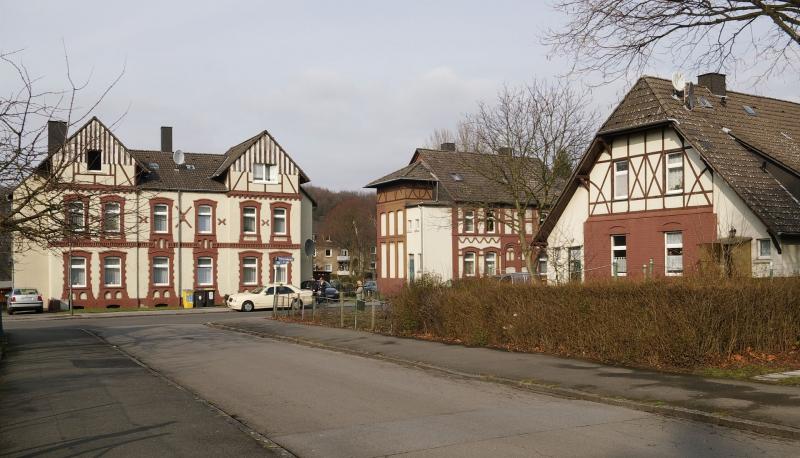 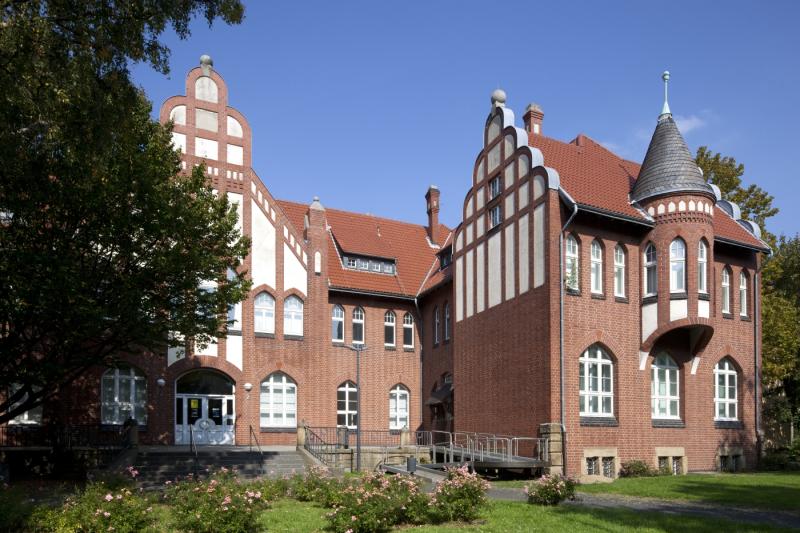 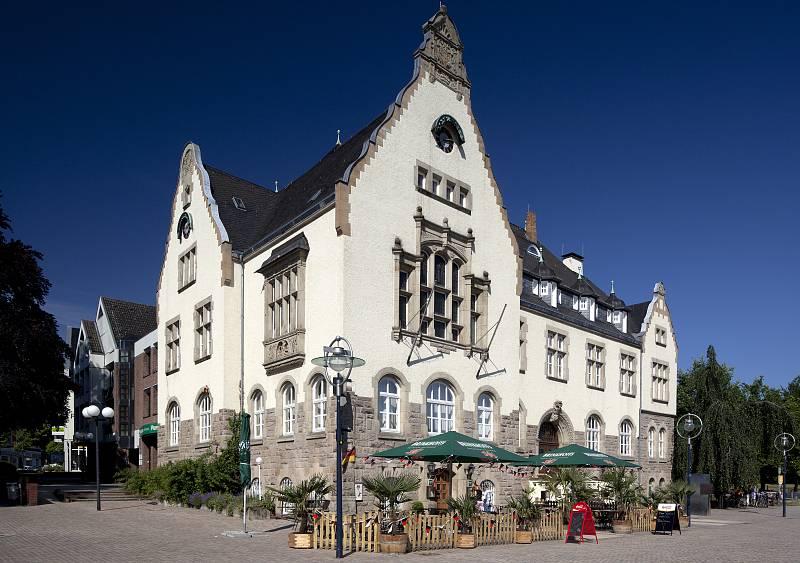 In the course of creating a new local centre in the Dortmund district of Eving, the main north – south artery, Evinger Straße, was to be redesigned. At the same time, new Stadtbahn stops were due since a new type of train required new tracks, too. The longitudinally rolling roof for Stadtbahn stops are a discrete but striking solution that can be used at all stops along Evinger Straße, regardless of its gradient.
The bases rising from the middle of the road are clinkered and reminiscent of the history of the place and Eving´s mining architecture. The massive bases form the platform for the cubic structures and the light, flying roofs. The service blocks are special design elements. Here, the complex passenger and operating functions are combined in a cube. The platforms are islands in the roadscape on which people arrive and depart.
The upgrading of the entire street through this systematic road profile and uniform design elements like pavement, lights, bus stops etc. has meant a private investment influx, too, which, in turn, had a positive impact upon the local development.