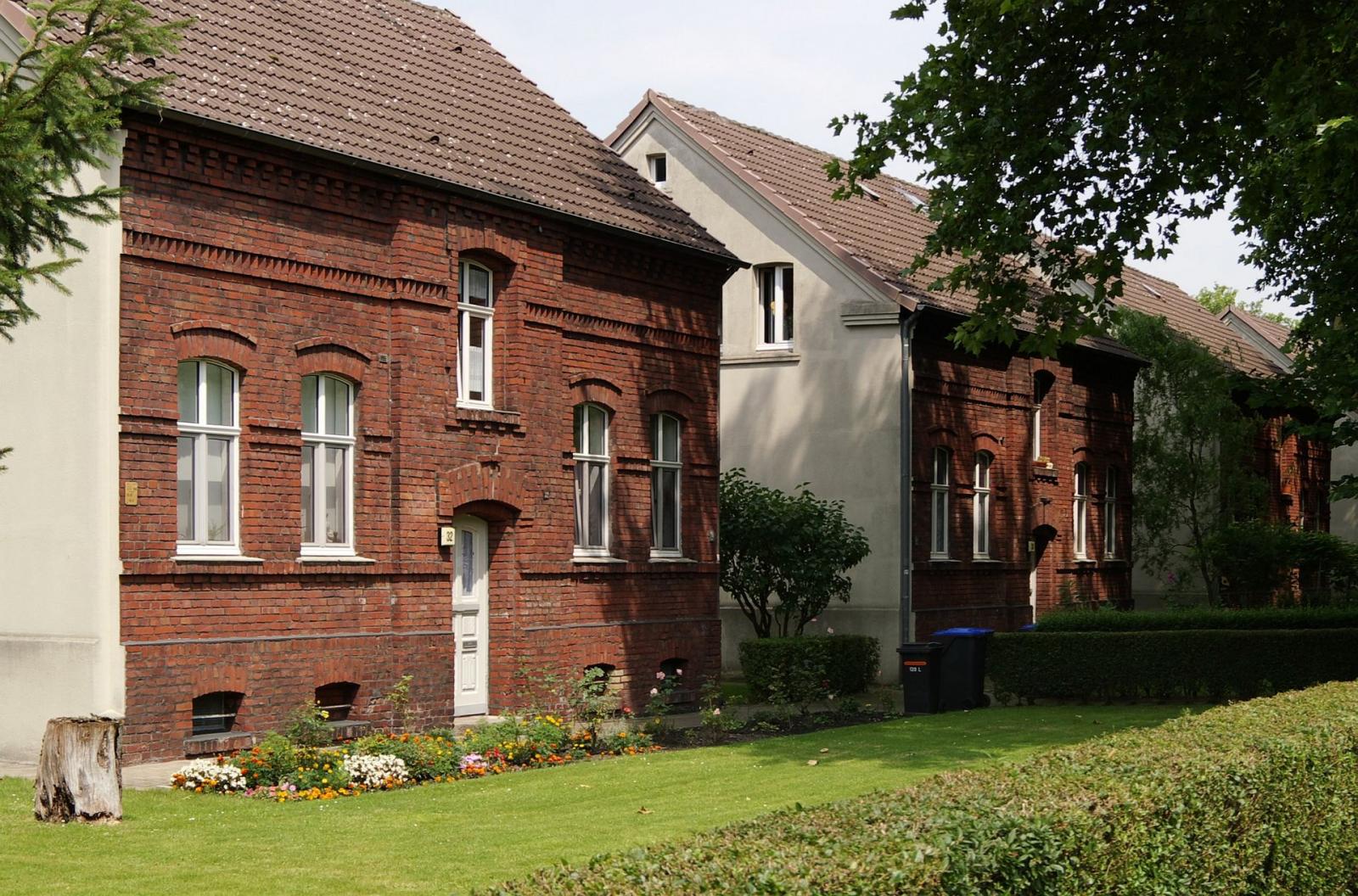 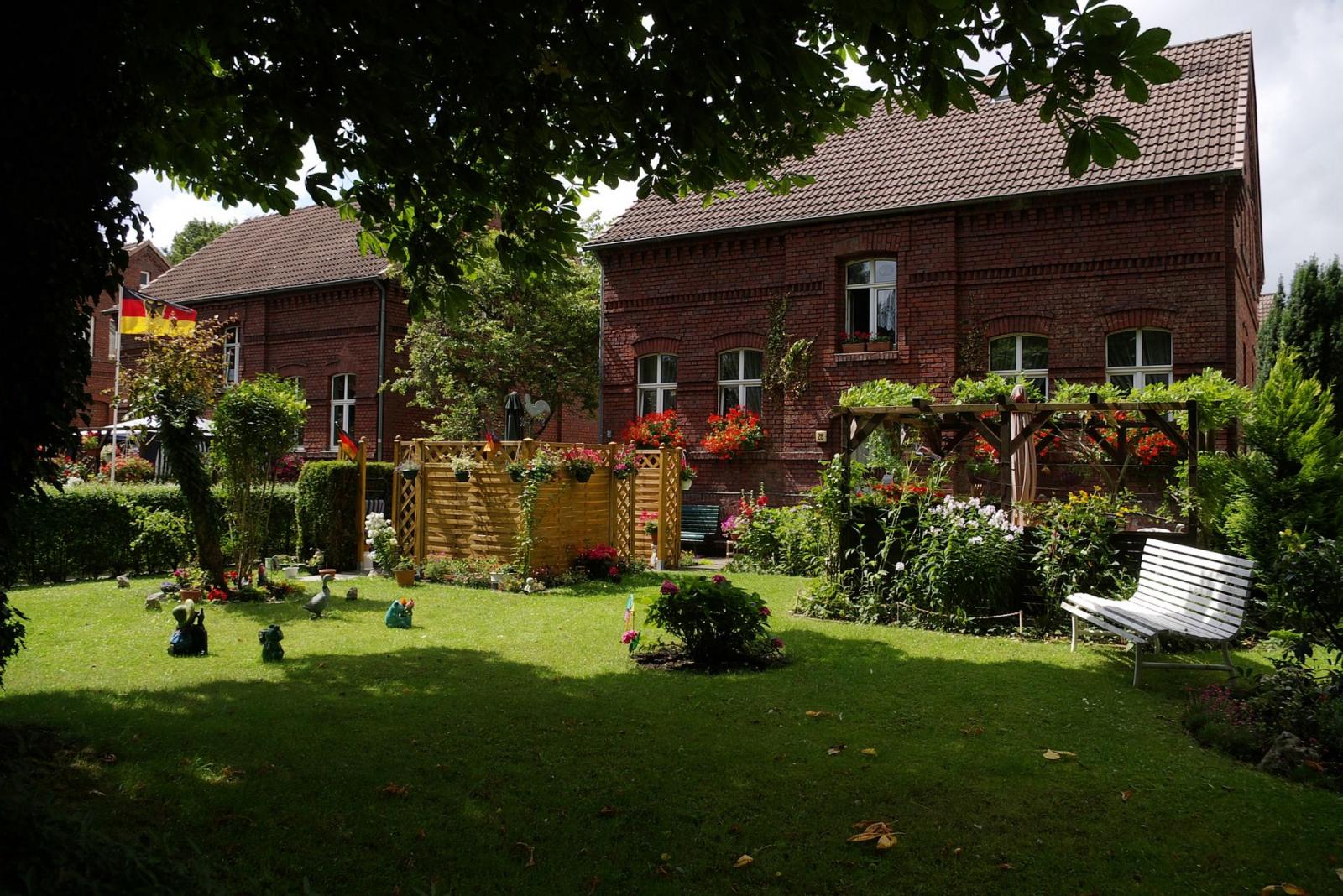 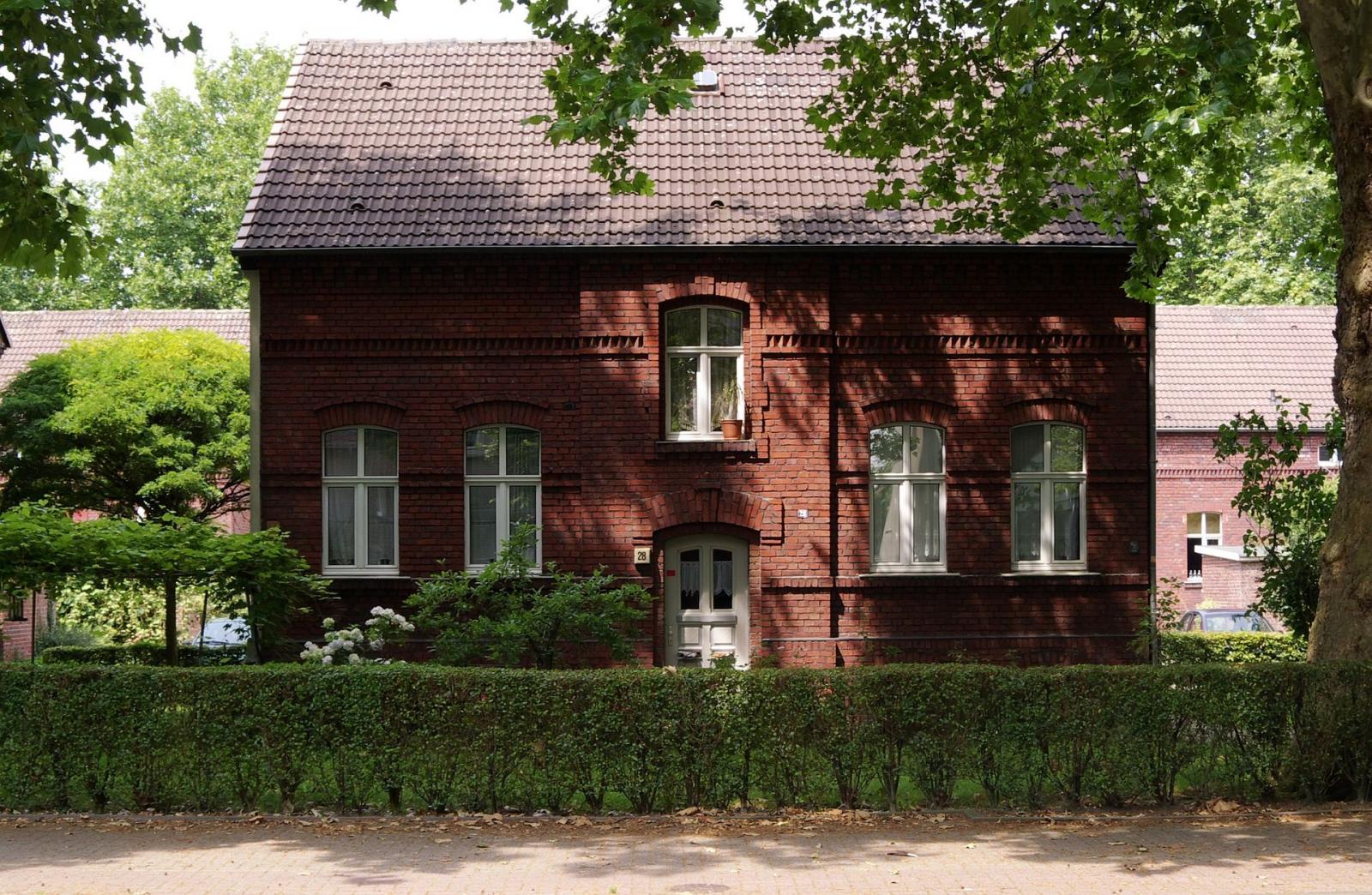 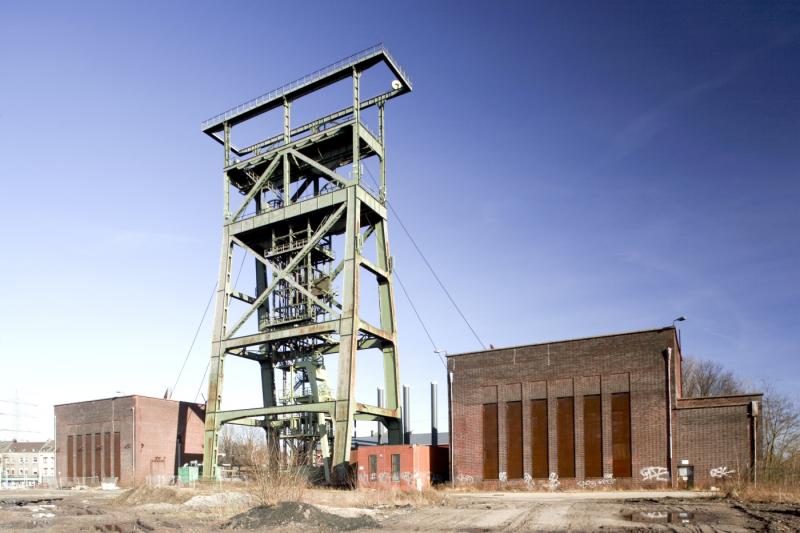 The small but interesting housing estate on Ziethenstraße was built in 1898 for the miners of Zeche Preußen, a pit which had been commissioned in 1895.
It is an example of the early workers’ housing estates in the Ruhr area. The houses are comparatively plain. Characteristic features of the housing estate are deep front gardens and rows of sycamore trees.
Today, it is owned by Landesentwicklungsgesellschaft NRW (state development company), which saw to an exemplary renovation.
The client had been "Harpener Bergbau AG", which in 1897 employed about 1,000 miners in its Preußen pits, who had to be housed somewhere. This led to the construction of the 52 plain terraced brick buildings.
Every house has a stable behind an alley at its back. Four families could live in these houses.
That the housing estate was not one of the gems of workers’ housing estates in the Ruhr area can be put down to the low standard of the flats and its often bad environment.
Right into the 1950s, for example, two families had to share one outhouse in the stable alley.
However, students at Fachhochschule Münster (a polytechnic) in a planning seminar in 1984 were able to prove that the fabric could well be upgraded without too much effort. This small modernisation expenditure and the public interest in a preservation of this housing estate in 1989 eventually led to an extensive renovation of the houses by the Landesentwicklungsgesellschaft.