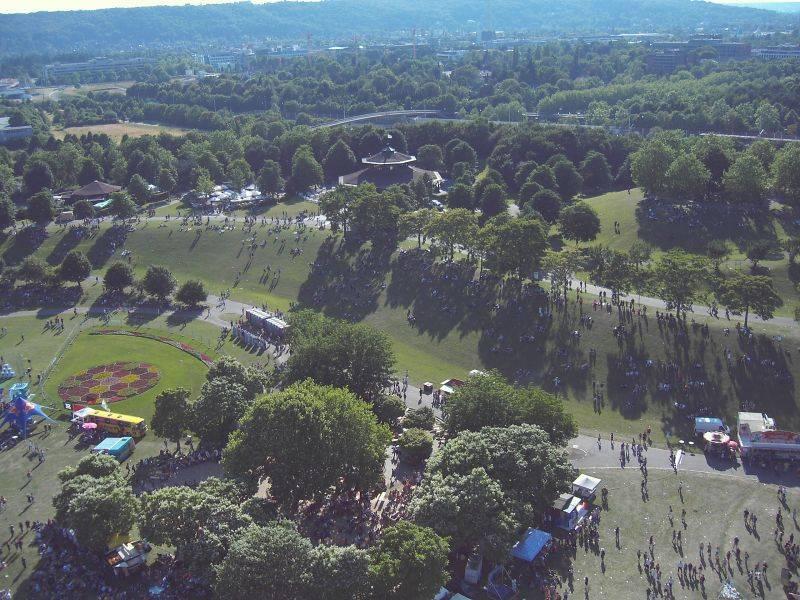 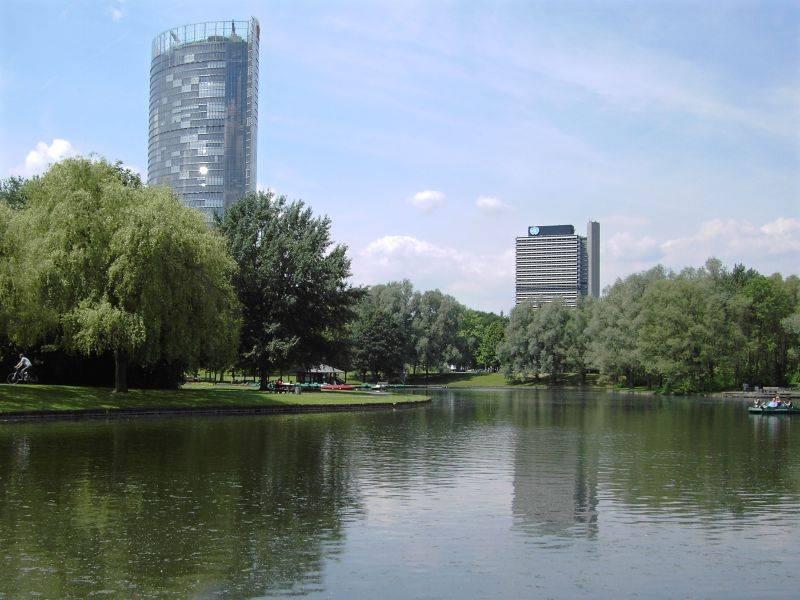 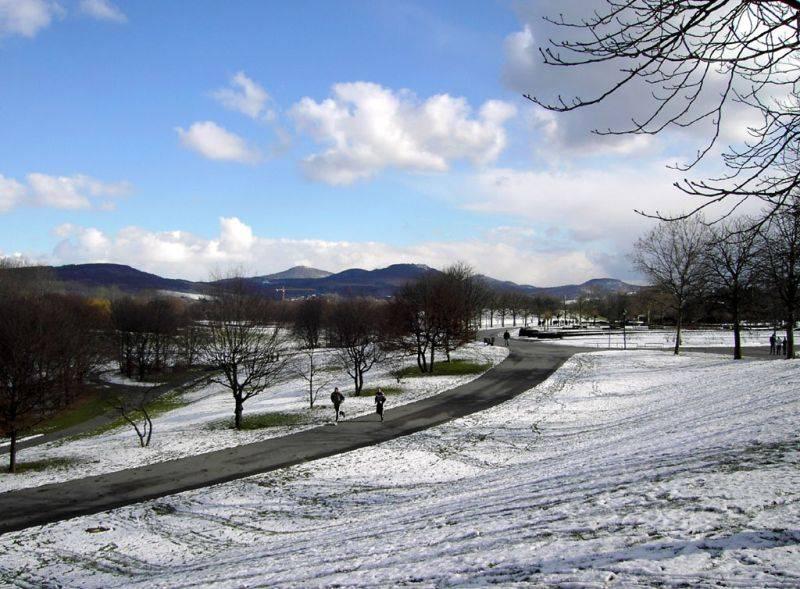 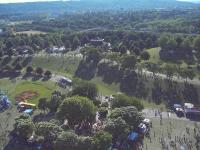 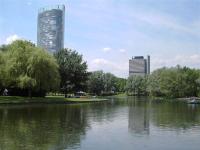 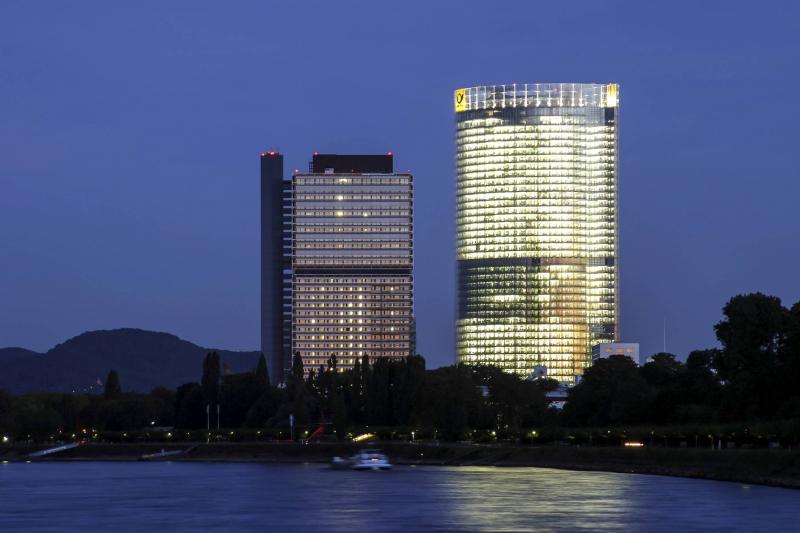 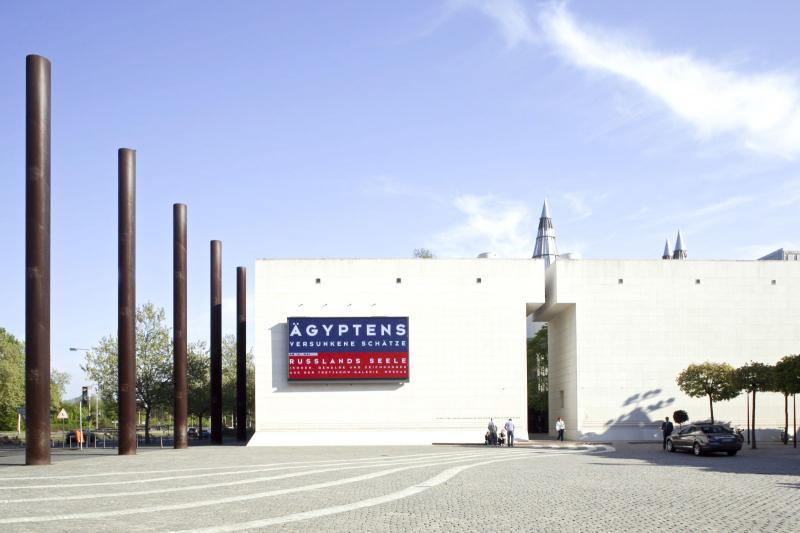 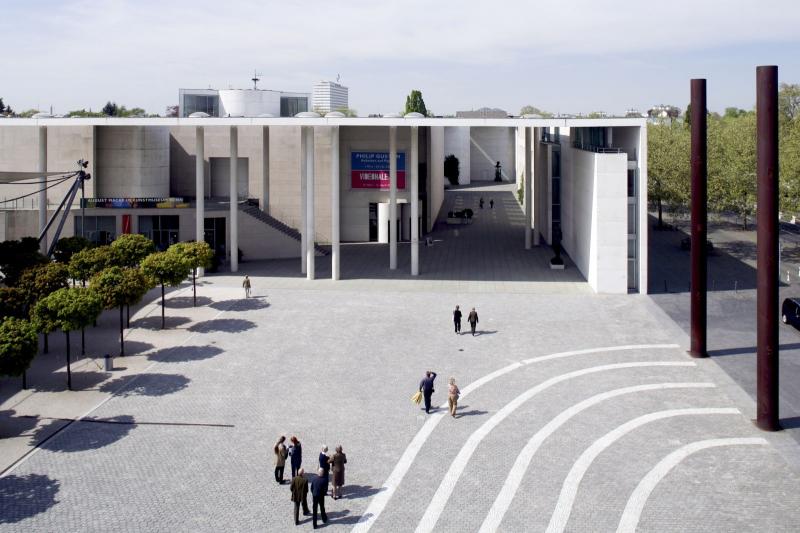 Landscape architect Gottfried Hansjakob had planned a lavish landscaping and a smooth transition from the agriculturally used banks of the Rhine to the urban zones. For that purpose, the park was broken down into three areas: the alluvial wood on the bank, a park with little woods and a mixed zone with vantage points on the edge of the urban area. The main attraction is the 15ha alluvial lake.
Historical elements like the remains of the railway traject from 1870, the base foundations of the city hall from 1901 and a war memorial from 1920 have been integrated. A rose and a Japanese garden complete the park. The Freizeitpark Rheinaue was finished for the Bundesgartenschau 1979. The park’s surface area of 160ha in total is almost that of Bonn’s city centre.