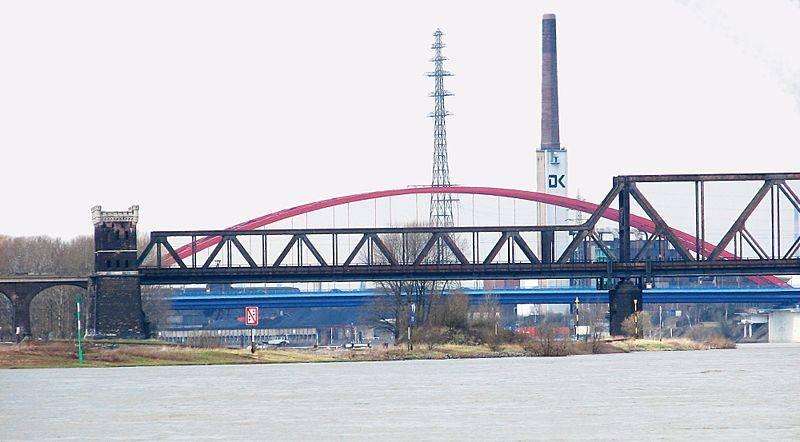 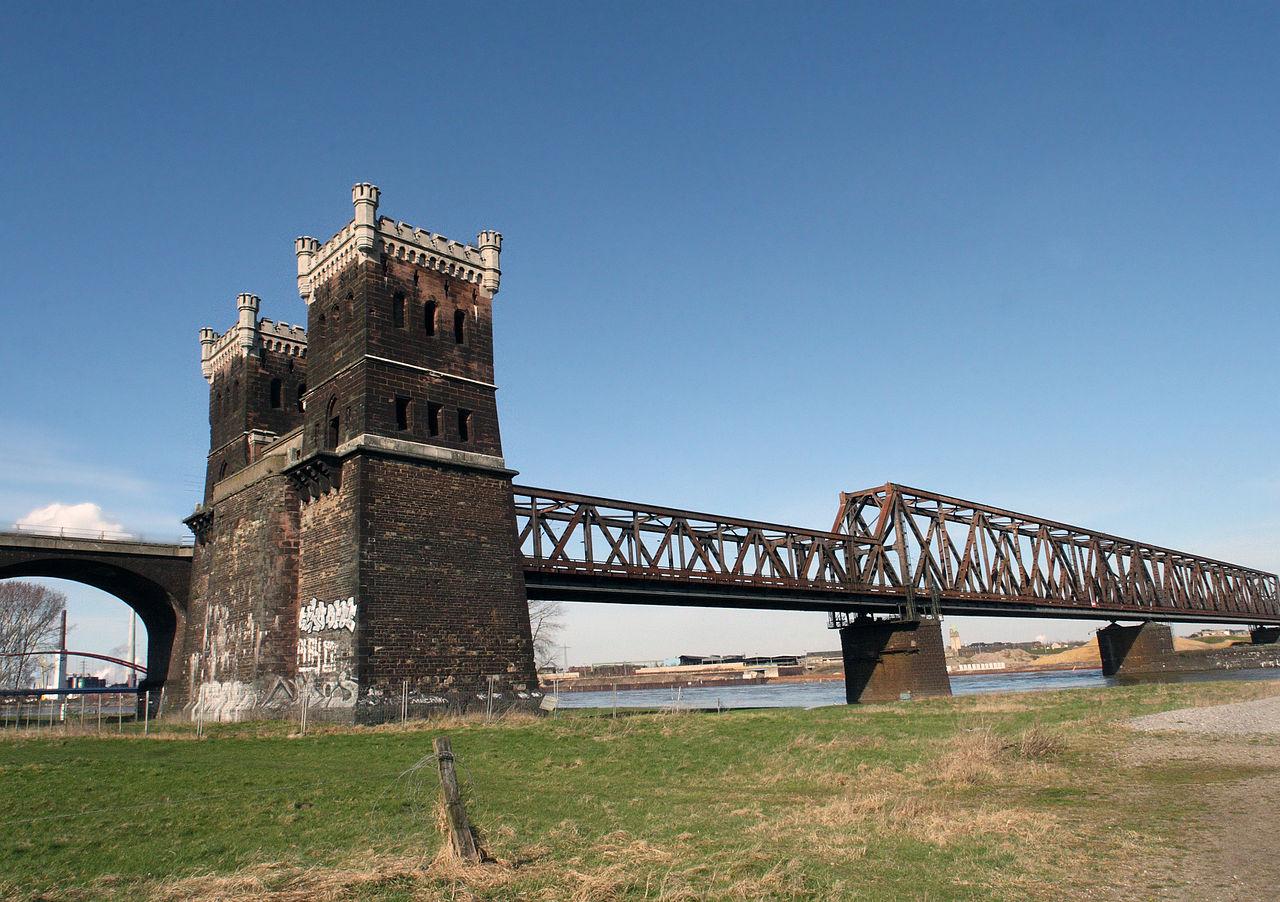 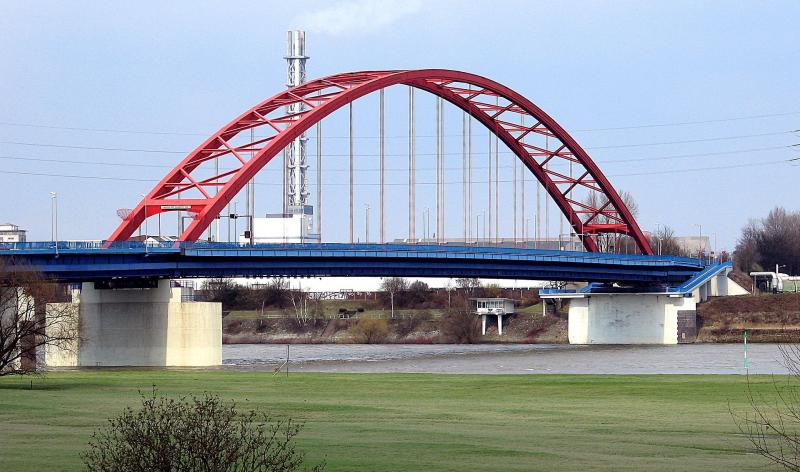 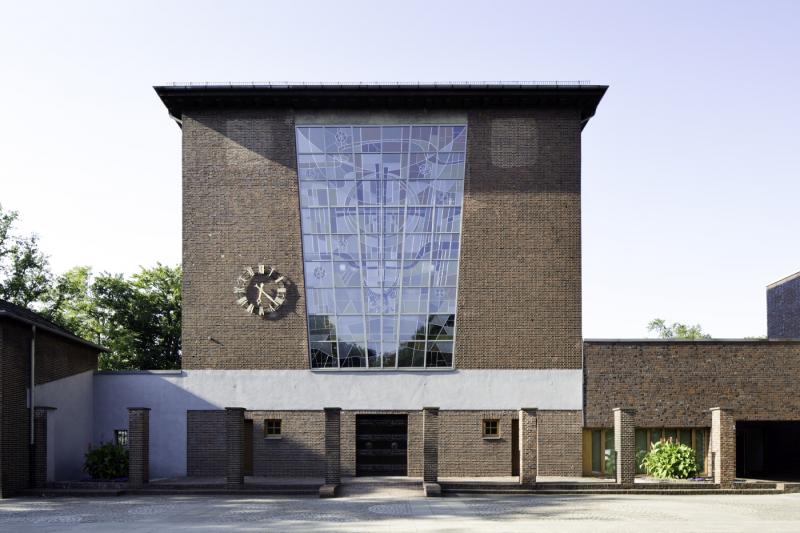 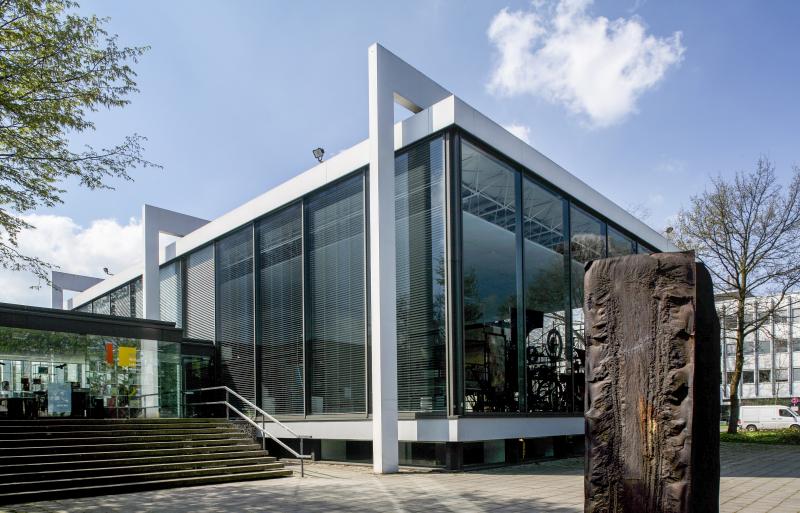 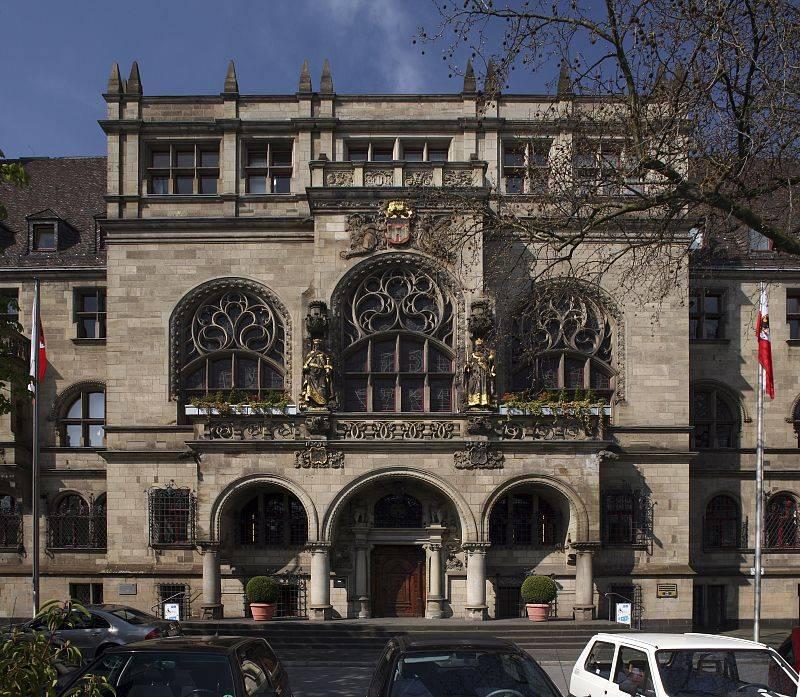 The 934m long double-track truss bridge crosses the River Rhine near Duisburg and serves as the rail link between the Ruhr area and Aachen.
Its truss structure is the longest of all bridges across the Rhine. The central part of the bridge could be offset by 90° so that in case of an attack soldiers and trains found it impassable.
In 1927, the structure was replaced just a few metres downstream, and in WWII it was hit by bombs. After the Krupp company had repaired it as soon as it was possible, withdrawing German soldiers destroyed it again and in its entirety. American engineers rebuilt it at the same site as the old bridge from 1873 in the same design and it temporarily was called “Victory Bridge“.
It owes its asymmetrical appearance to a 189m wide navigable opening and the river. The object is 9m tall and its field widths are 104 - 126 - 189 - 104 – 51.8m respectively.