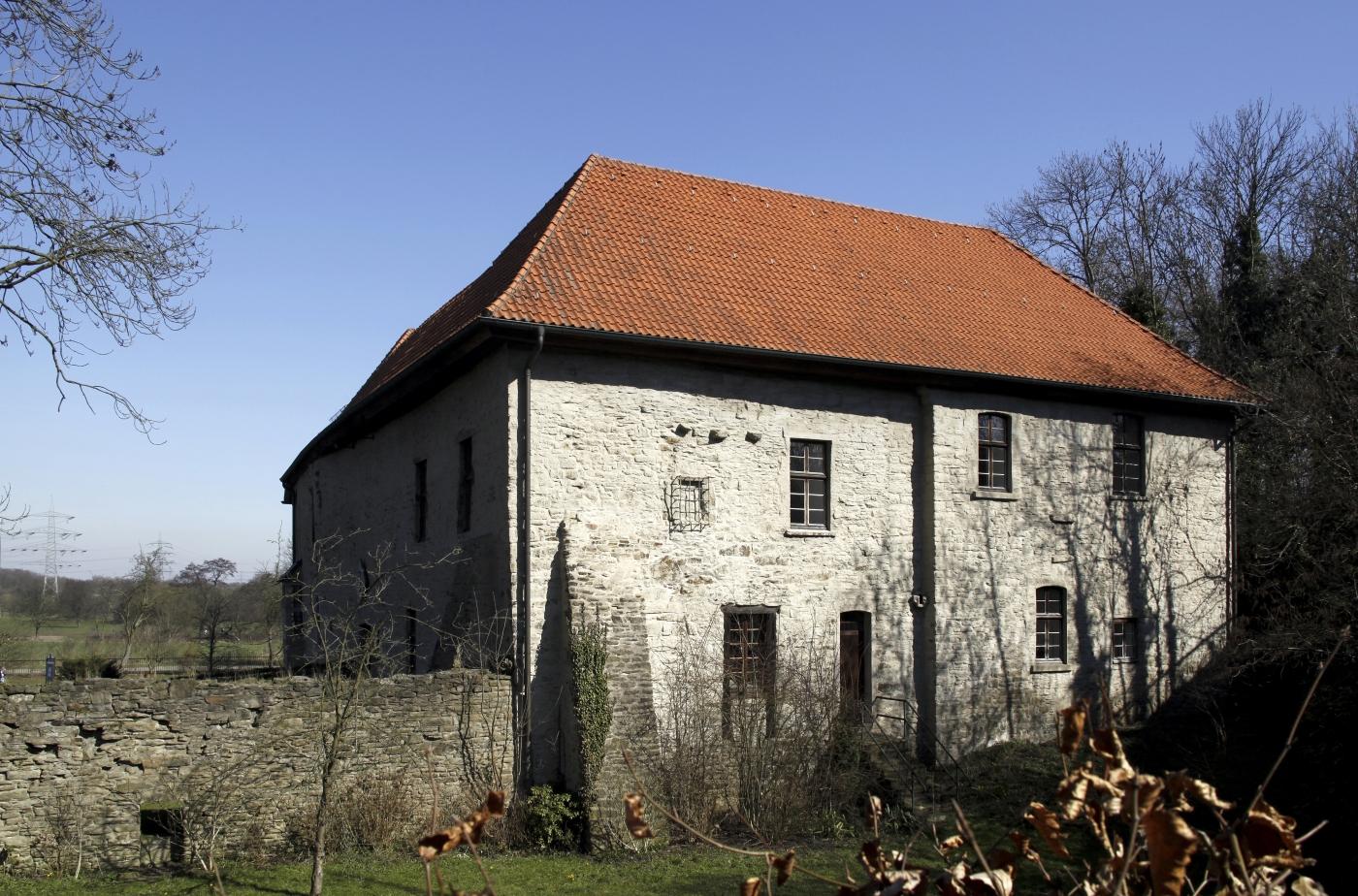 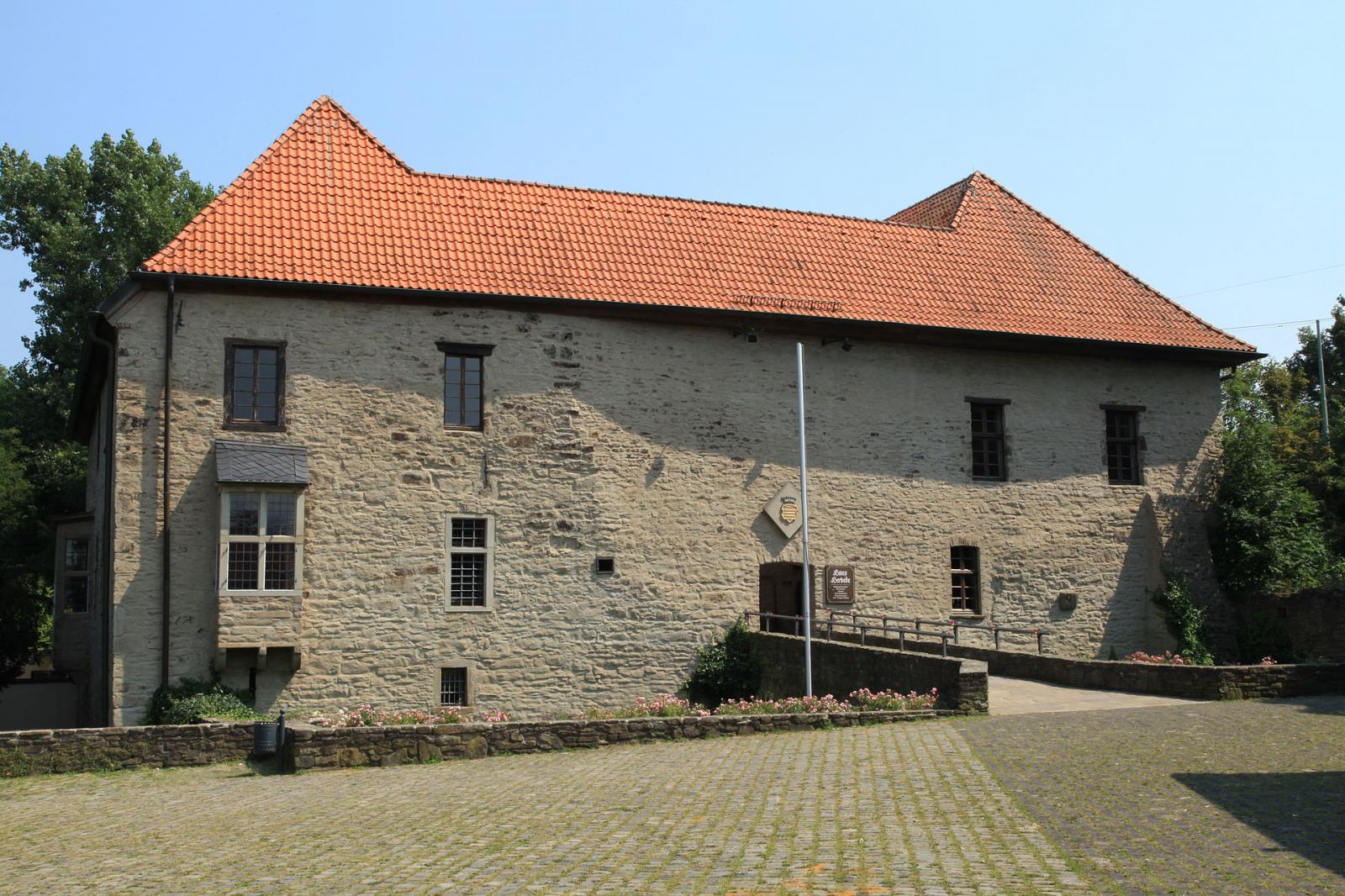 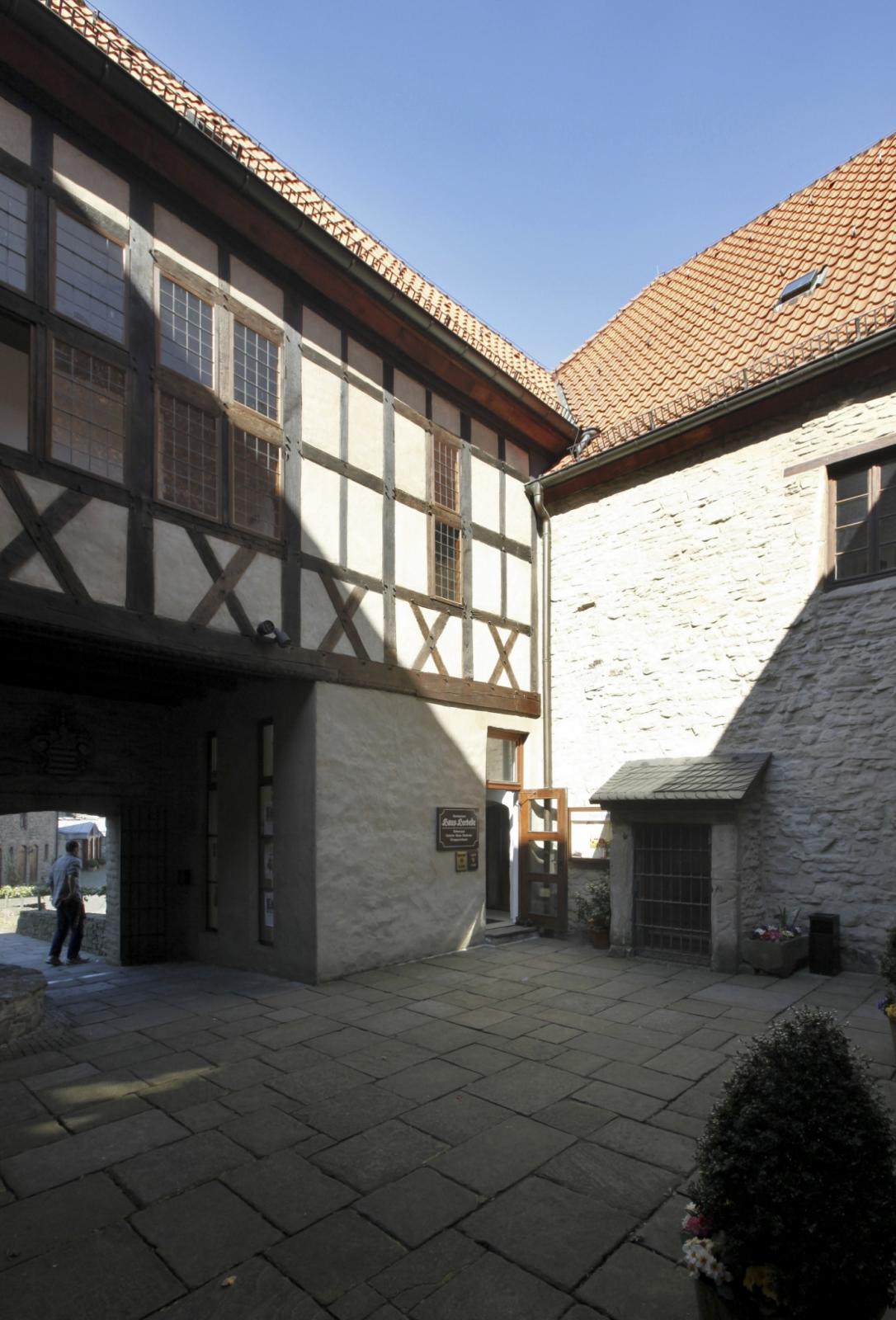 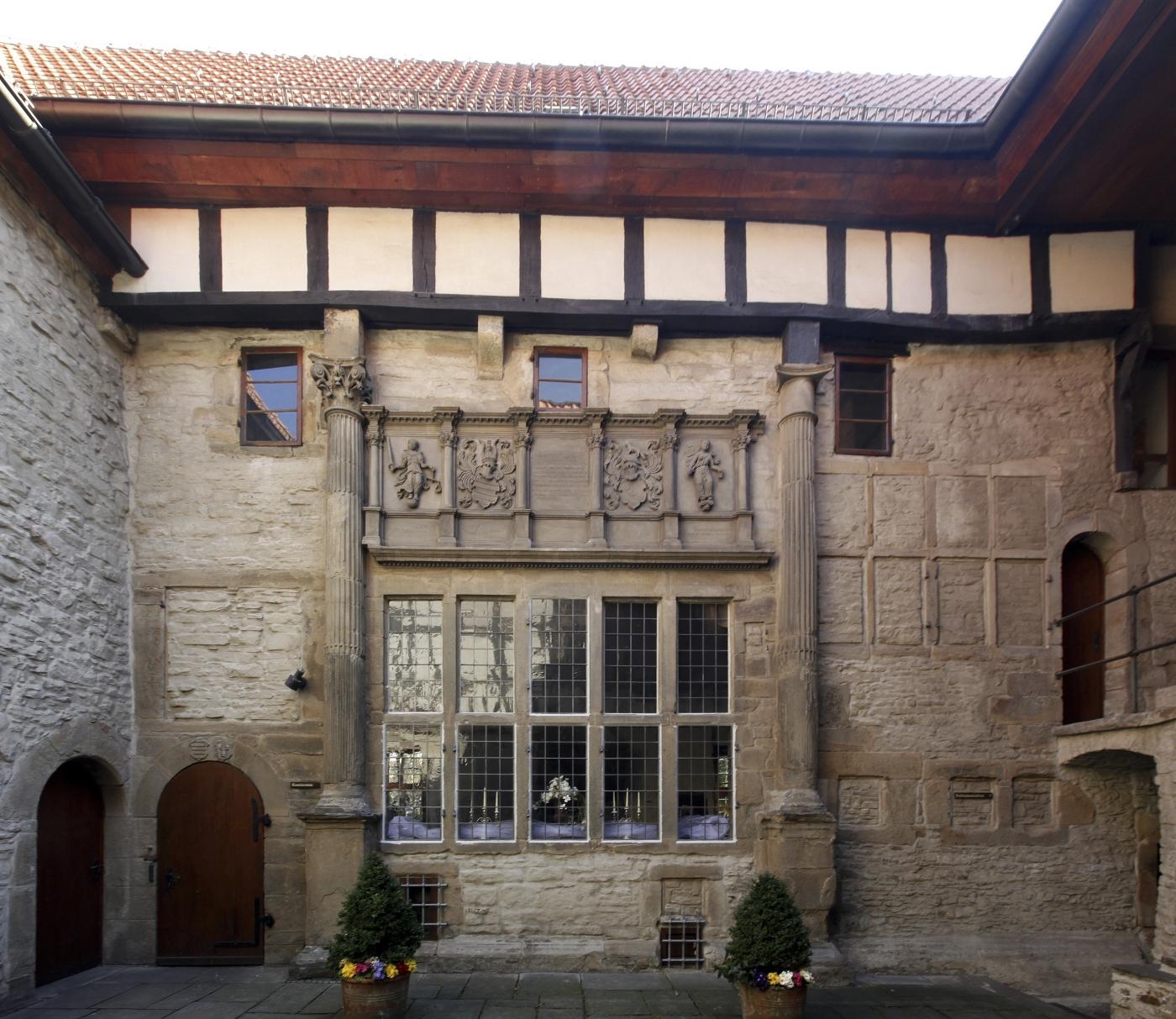 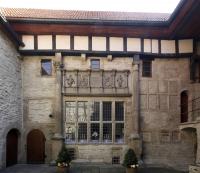 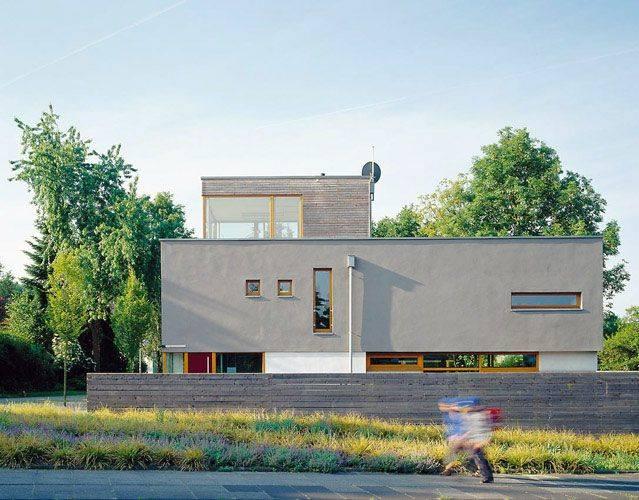 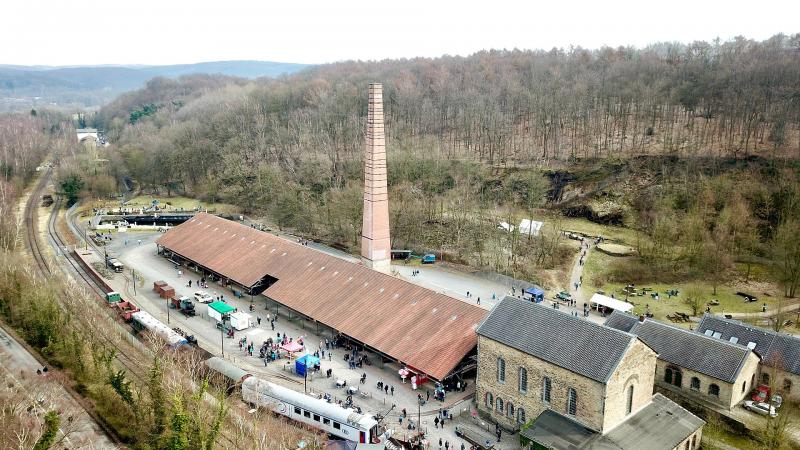 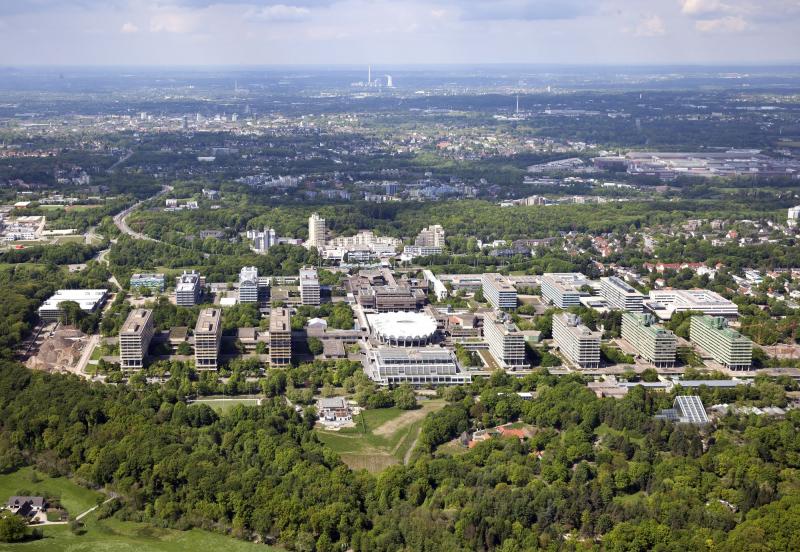 Haus Herbede is probably the oldest castle within the City of Witten limits. Mentioned in records since the 12th century, it was a supreme judge’s seat for centuries. The castle was built in stages. It is thus not as uniform as the homogeneous shape of the roof would suggest. The west front was only closed in the 17th century by the portal to the four-wing complex. In the 18th century, this group of buildings got the uniform hipped roof. The window gazebos and the fireplaces in the hall and the kitchen are particularly noteworthy. The inner courtyard is ornamented with an elaborately designed window wall with Corinthian pillars and a figure and coat of arms relief and an inscription field dating back to 1576.
From 1984 to 1988, Landschaftsverband Westfalen-Lippe had the castle surveyed in structural and archaeological terms and a quantitative deformation survey was made by Witten architect Wolfram Wess. It was then restored on that basis and in accordance with the regulations pertaining to historical monuments by Freizeitzentrum Kemnade GmbH, with support provided by the NRW government, Kommunalverband Ruhrgebiet, the City of Witten and a job creation scheme.
Today, Haus Herbede houses a public cultural centre for the arts and a restaurant.