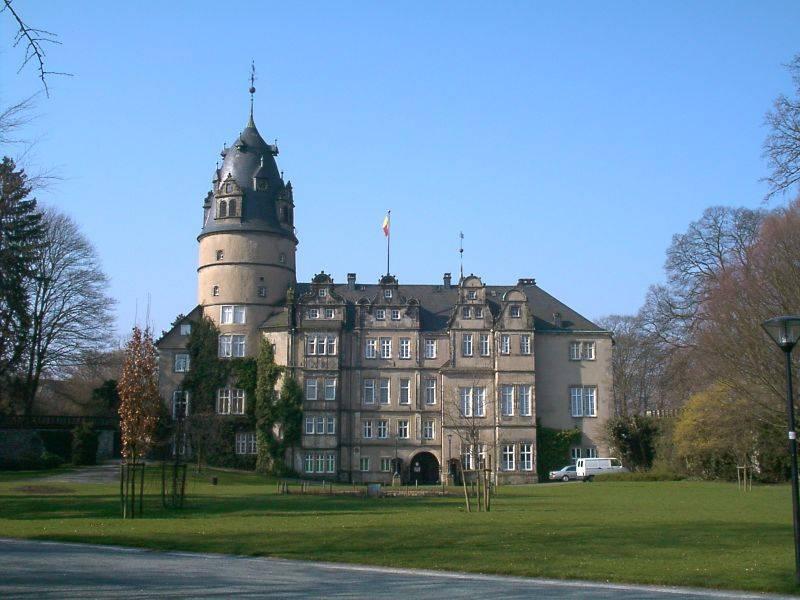 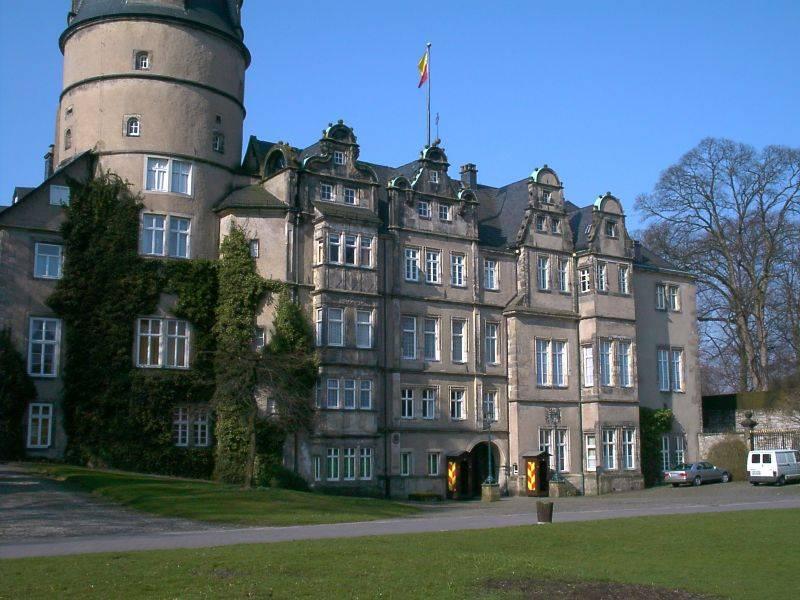 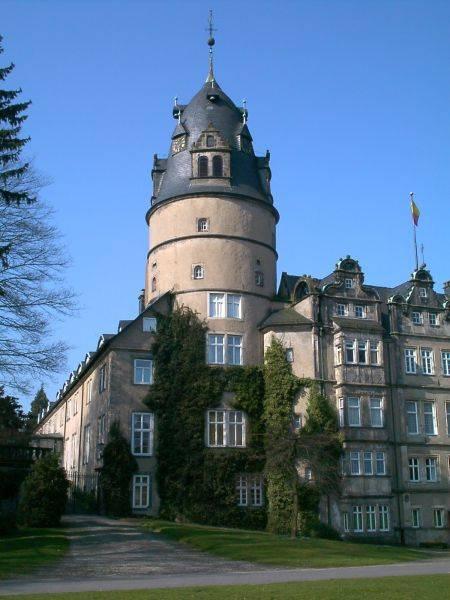 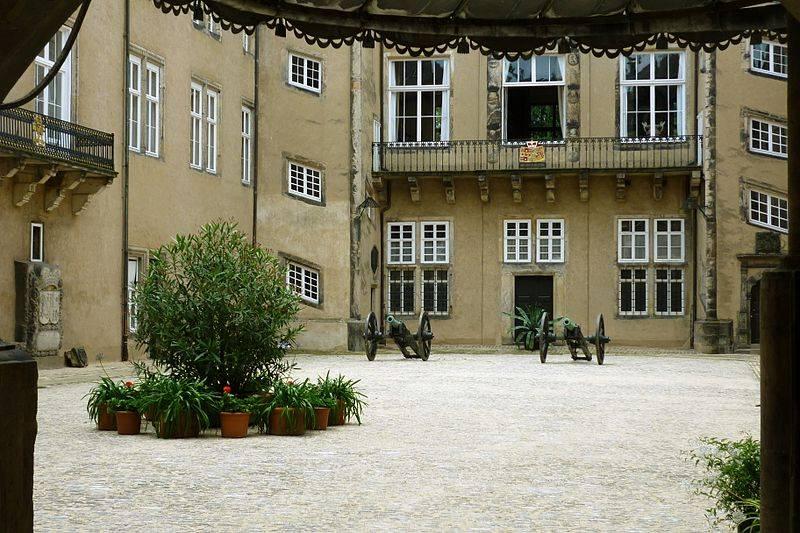 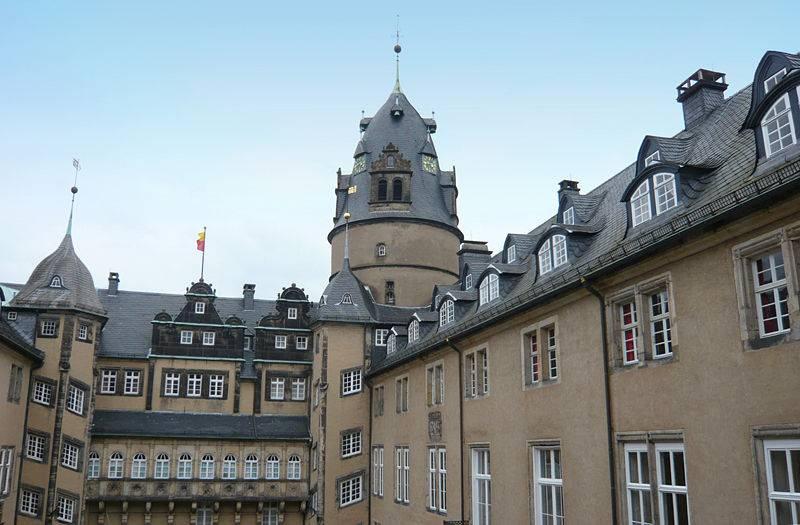 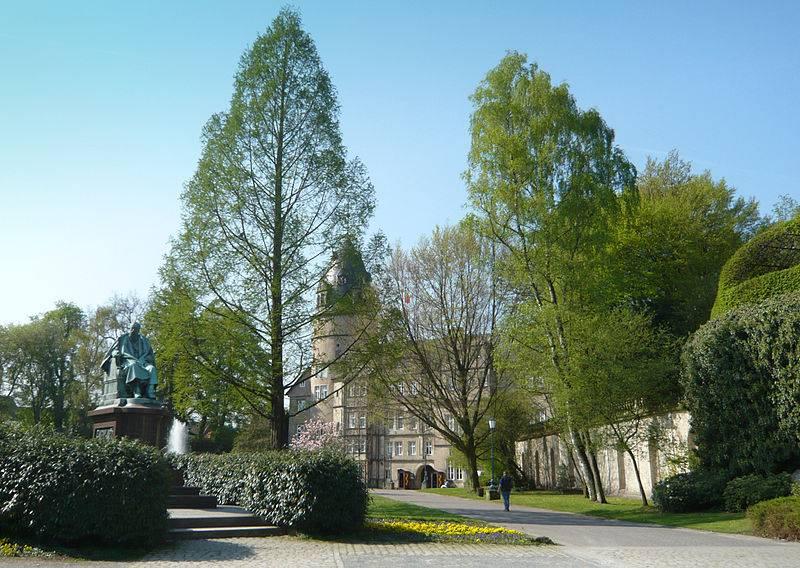 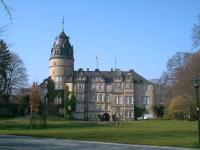 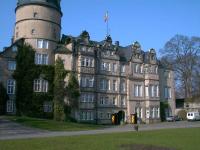 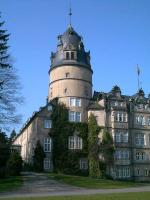 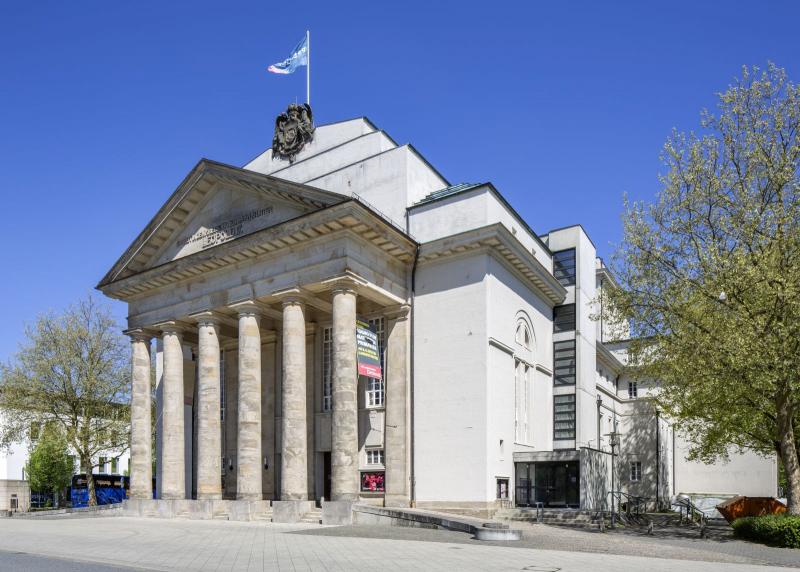 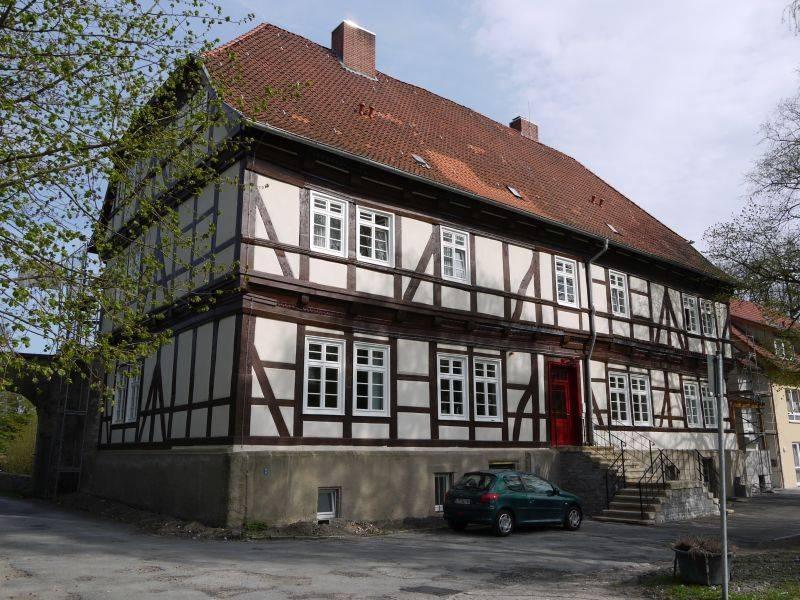 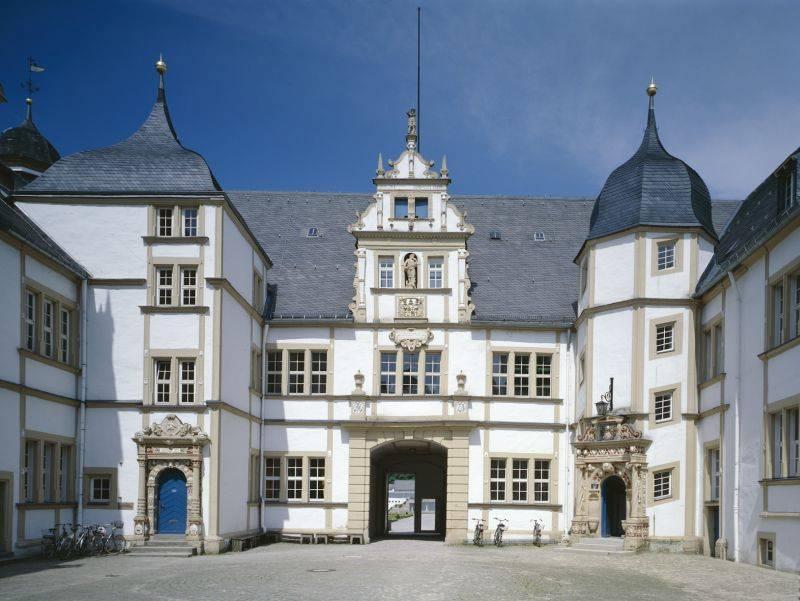 The Fürstliches Residenzschloss is situated in downtown Detmold and offers its visitors some impressive architectural features. The palace was built on the foundations of 13th-century Castle. The striking medieval tower dominating the palace’s facade attests to this history.
The basic concept for the residential palace of today was drawn up by Jörg Unkair, whose signature is very noticeable. The four-wing structure, two gables at the front and the stair towers flanking the main part are examples of the so-called “Weserrenaissance“, shaped by him in particular.
After his death and during the planning stage, Flemish Johann Robin took over and completed the plans with a renaissance gallery located in the palace courtyard between the towers.
For the construction as such, however, architect Kord Tonnies signed responsible. Although design and construction were realised by different architects, the palace is of a very uniform architectural structure, in which the 13th-century tower is well integrated.
The listed Fürstliches Residenzschloss was built in the Renaissance style, which lasted well into the 18th century, when parts of the structure were “baroqued”, as it were. In 1780, the fortifications in the entrance area were also removed and replaced by a lavish courtyard in front of the main building.