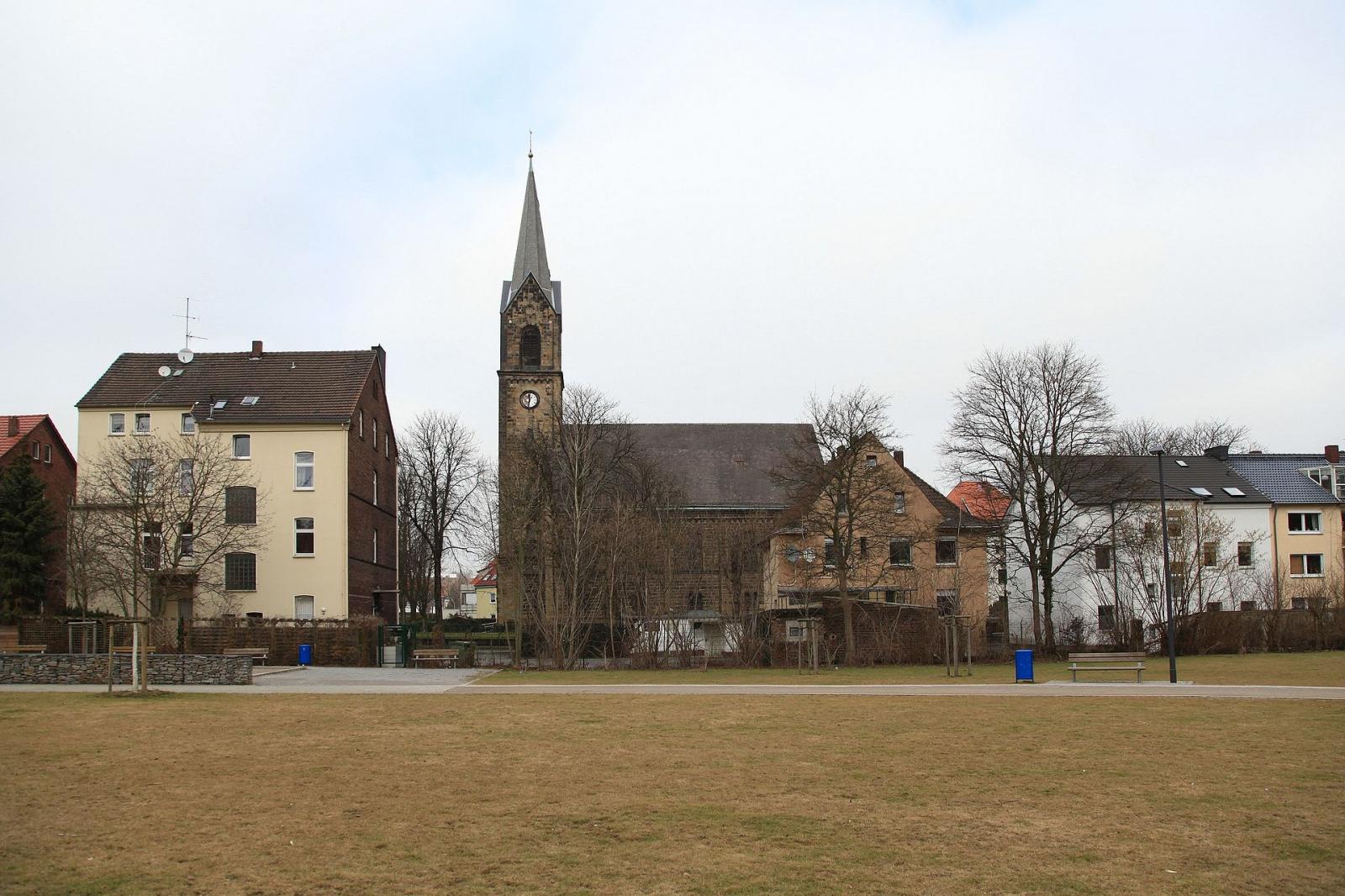 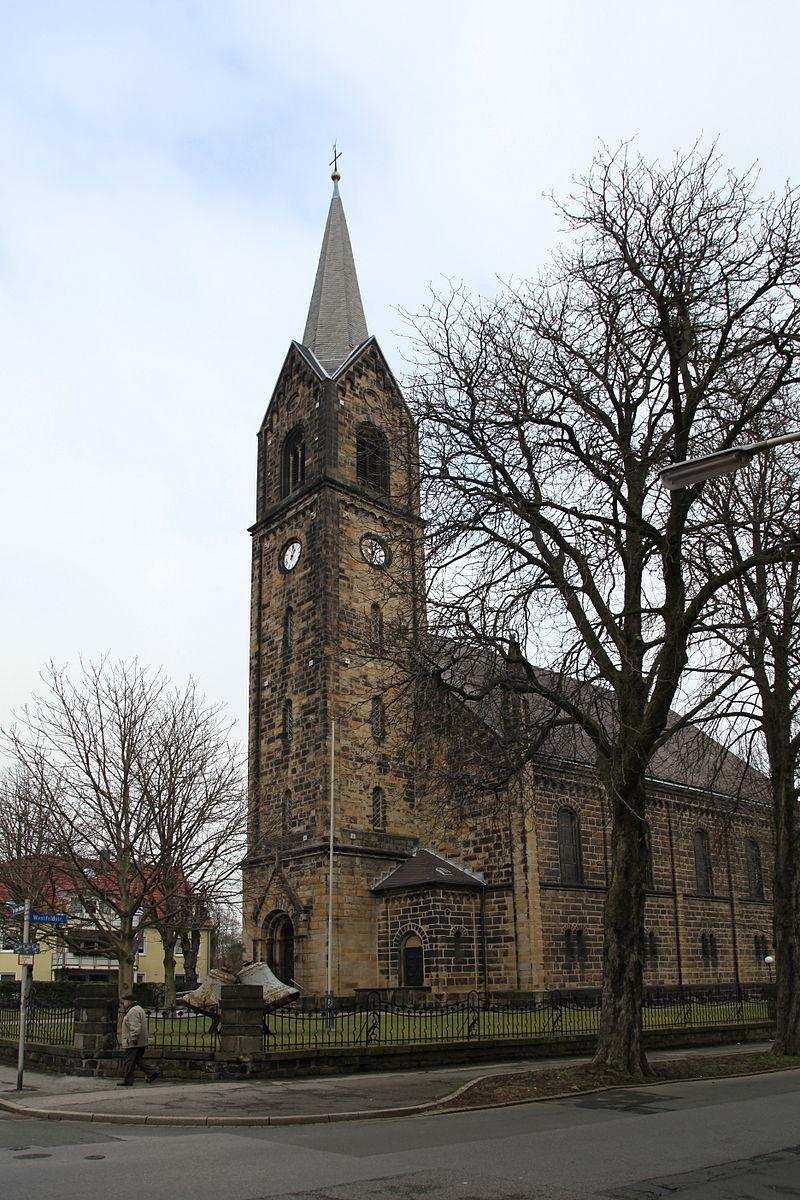 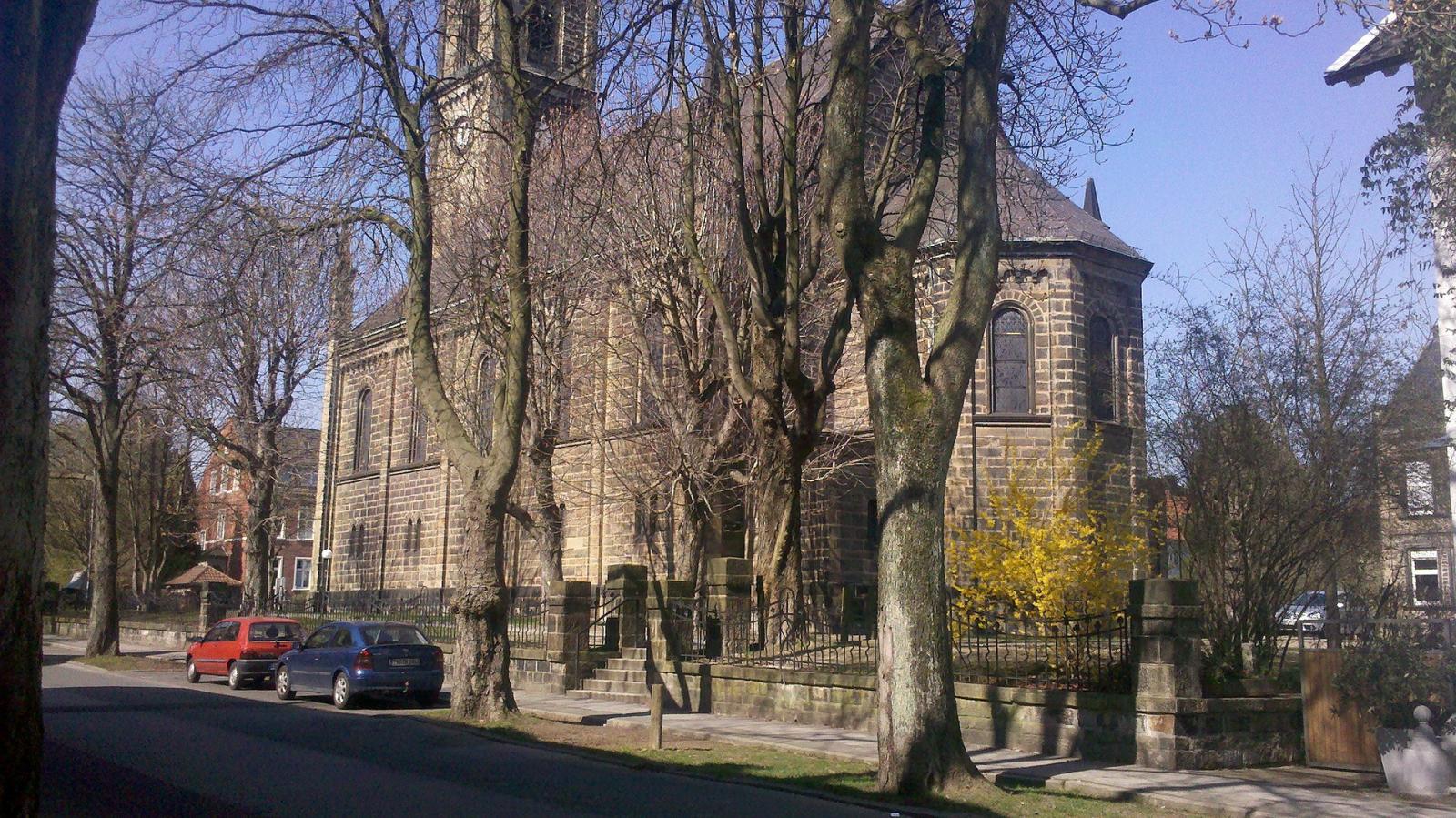 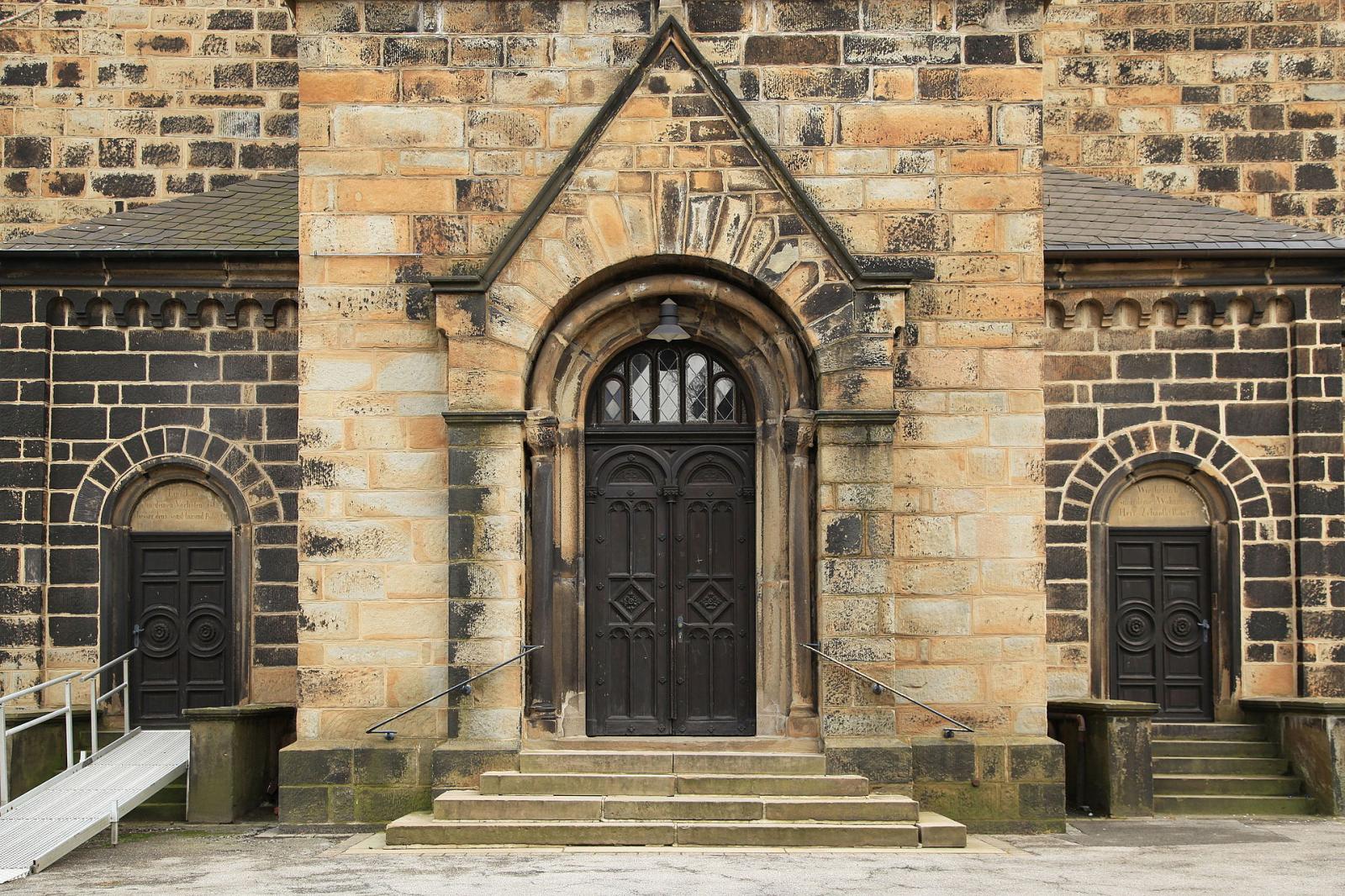 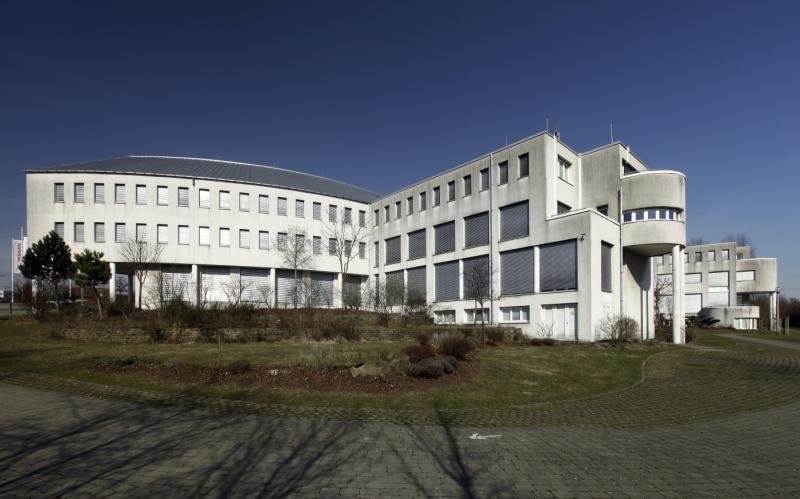 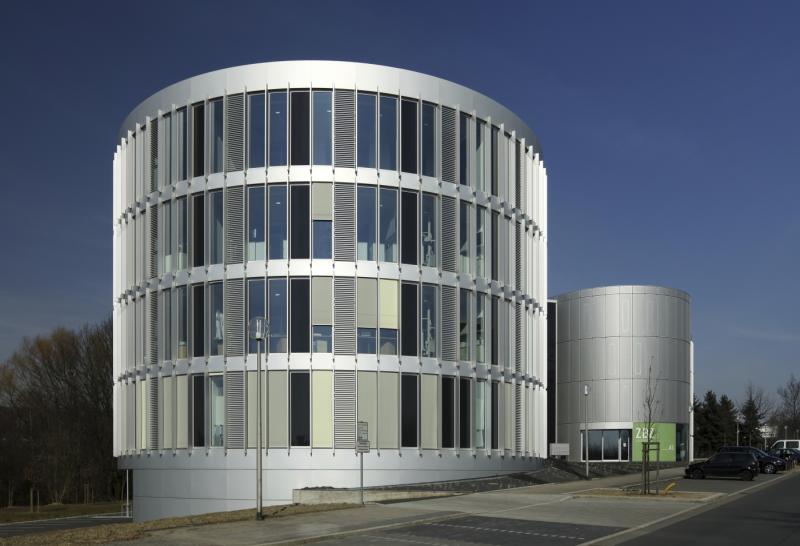 Protestant Erlöserkirche Annen was erected by architect F. Ellinghaus in 1872/1874 as a Protestant round-arch gallery church modelled upon the Protestant Matthäuskirche Bochum-Weitmar. Erlöserkirche Annen is probably the latest such church in Westphalia. It is also characterised by the “Eisenacher Regulativ” of 1861.
The church made of Ruhr sand stone with a front tower to the west has a pitched slate roof with round-arch friezes in the eaves area, under the tower cornice, regraded at the verge of the four tower gable tops and of the shield walls. The eaves end points of the nave have pinnacles.
Inside, it is characterised by a continuous wooden gallery, a pitched-roof-like flexed wooden ceiling and a vaulted retracted polygonal choir in the east of the building.
In 1925, the picture of sinking St Peter by W. Haverkamp (stucco on plate, originally a cenotaph) was put under the south gallery. In 1954/55, the church was extensively renovated. In 1968, it got a new organ. In 1971, the pulpit was lowered and the cover removed. From 1995 to 1997, the tower was extensively renovated, too: Two of the three steel bells were removed – they are now in front of the church - and replaced by three smaller bronze bells.
“As Westphalian buildings go it is has been received very much in its original state”. So are parts of its original interior. Since 1992, “Erlöserkirche Annen” has been listed in Witten as an “important building of Witten historism” and for “church-, architectural-historical, artistic and urbanistic reasons”.
Together with the somewhat younger Catholic St. Joseph church, Erlöserkirche is an important feature of the townscape. The seven bells these two churches have between them are synchronised.