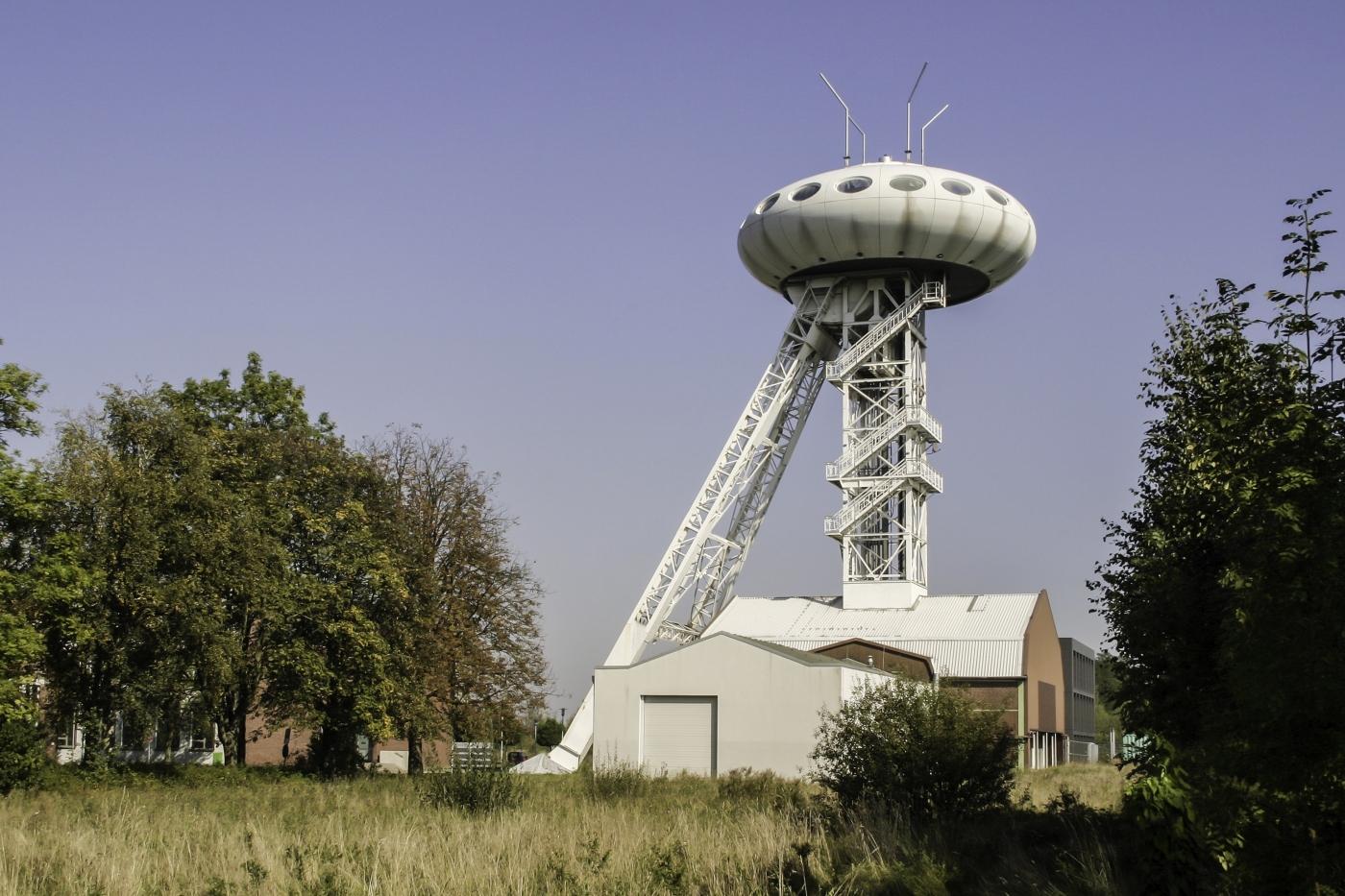 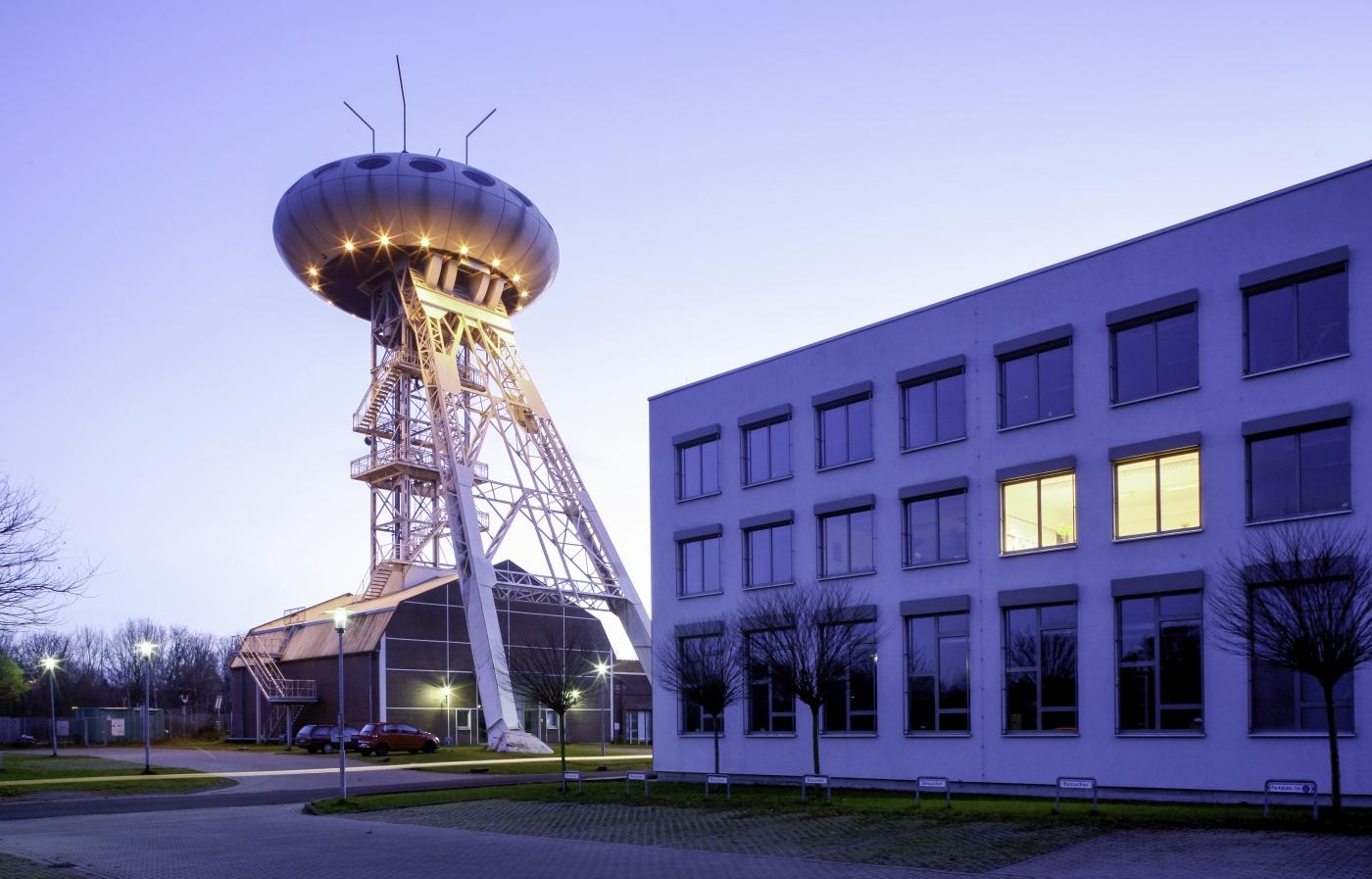 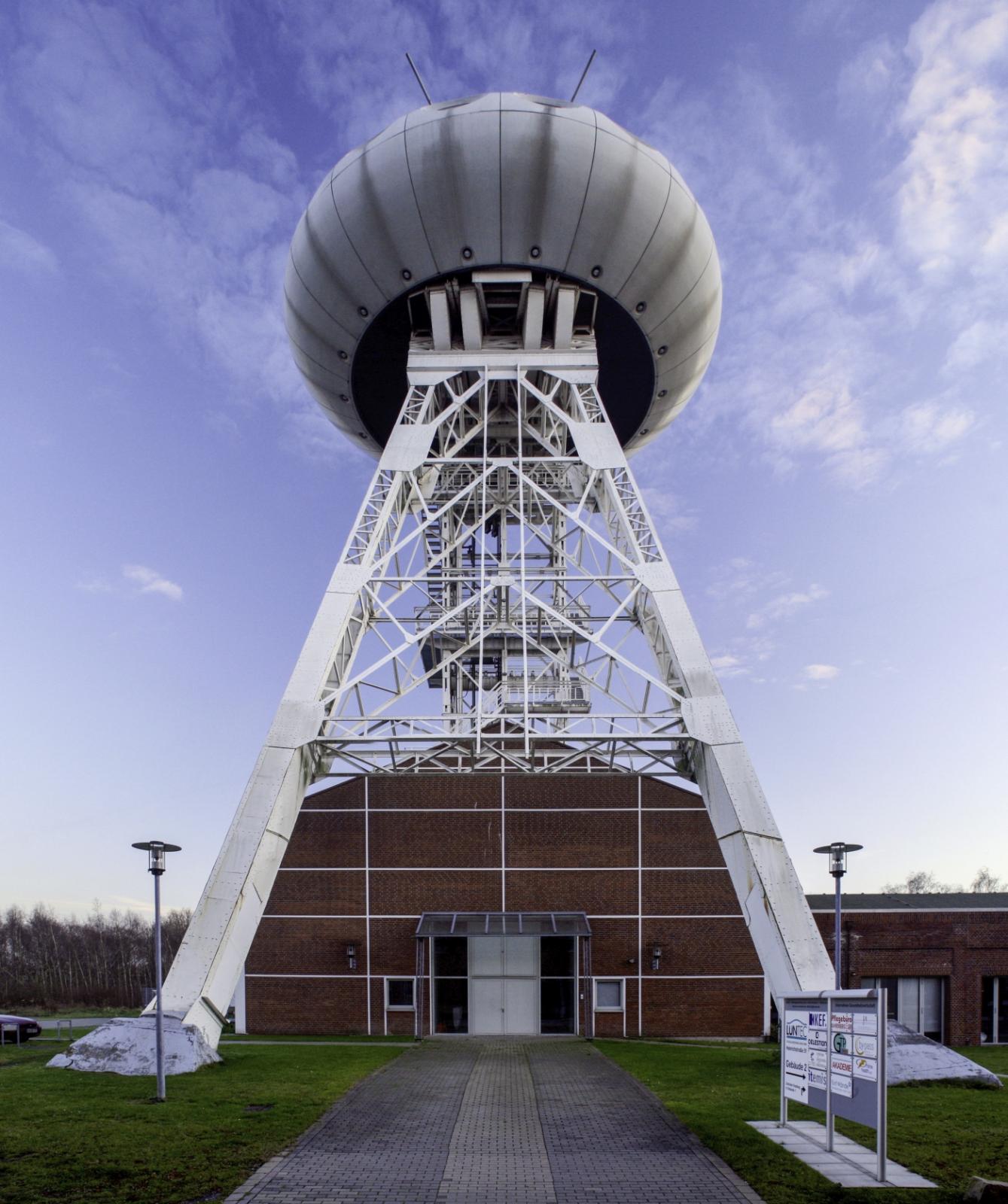 View from the base of the tower 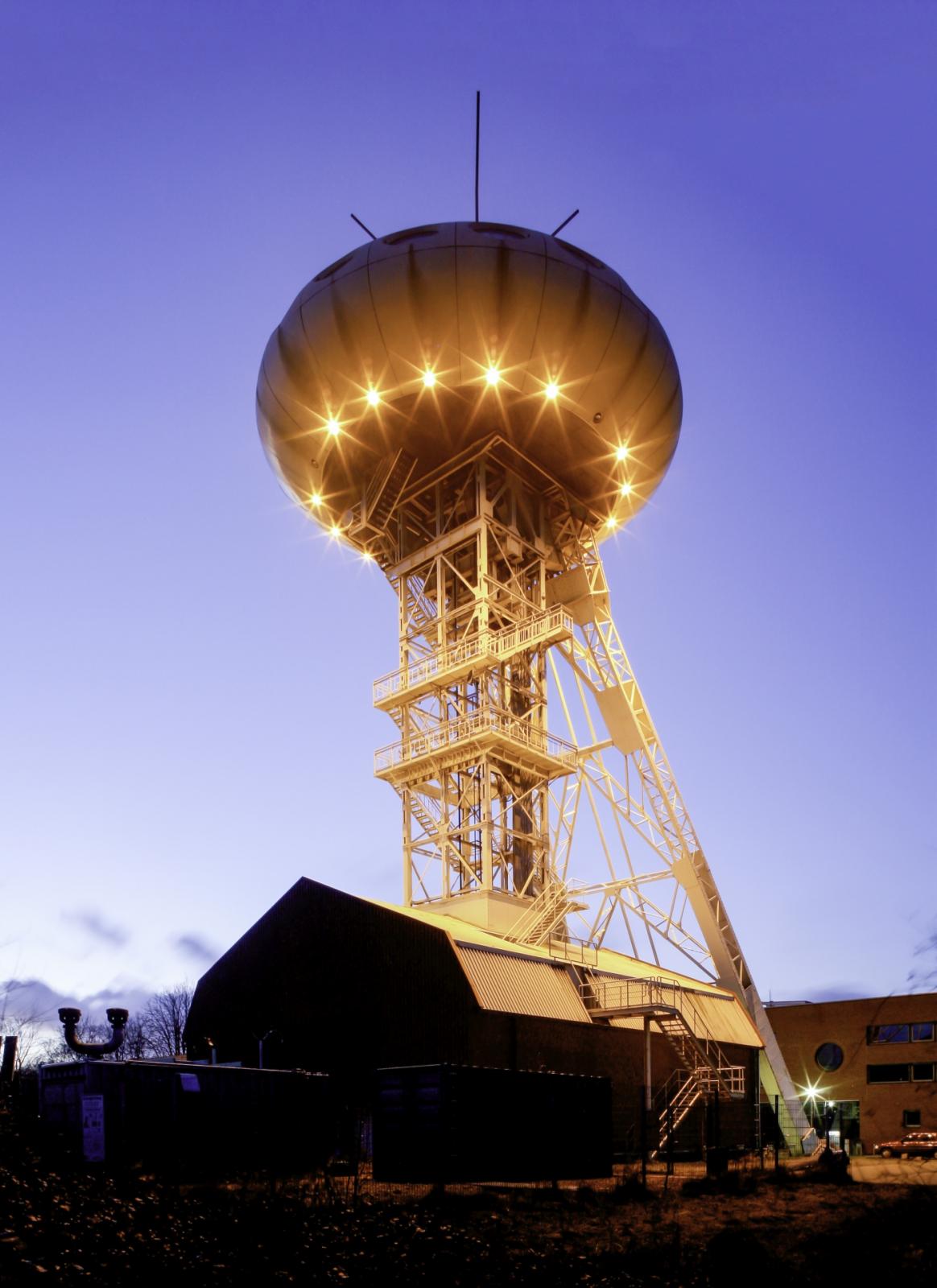 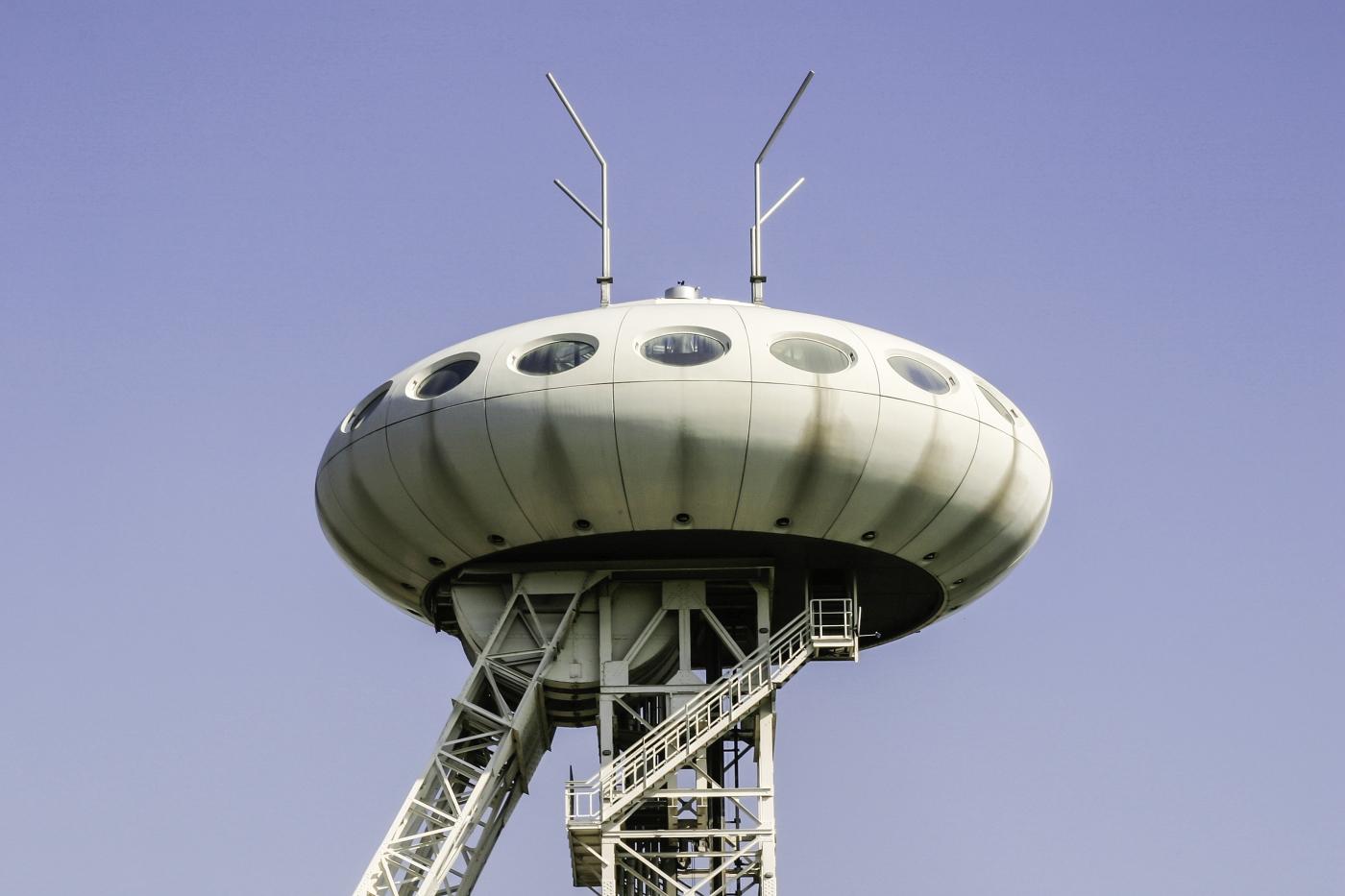 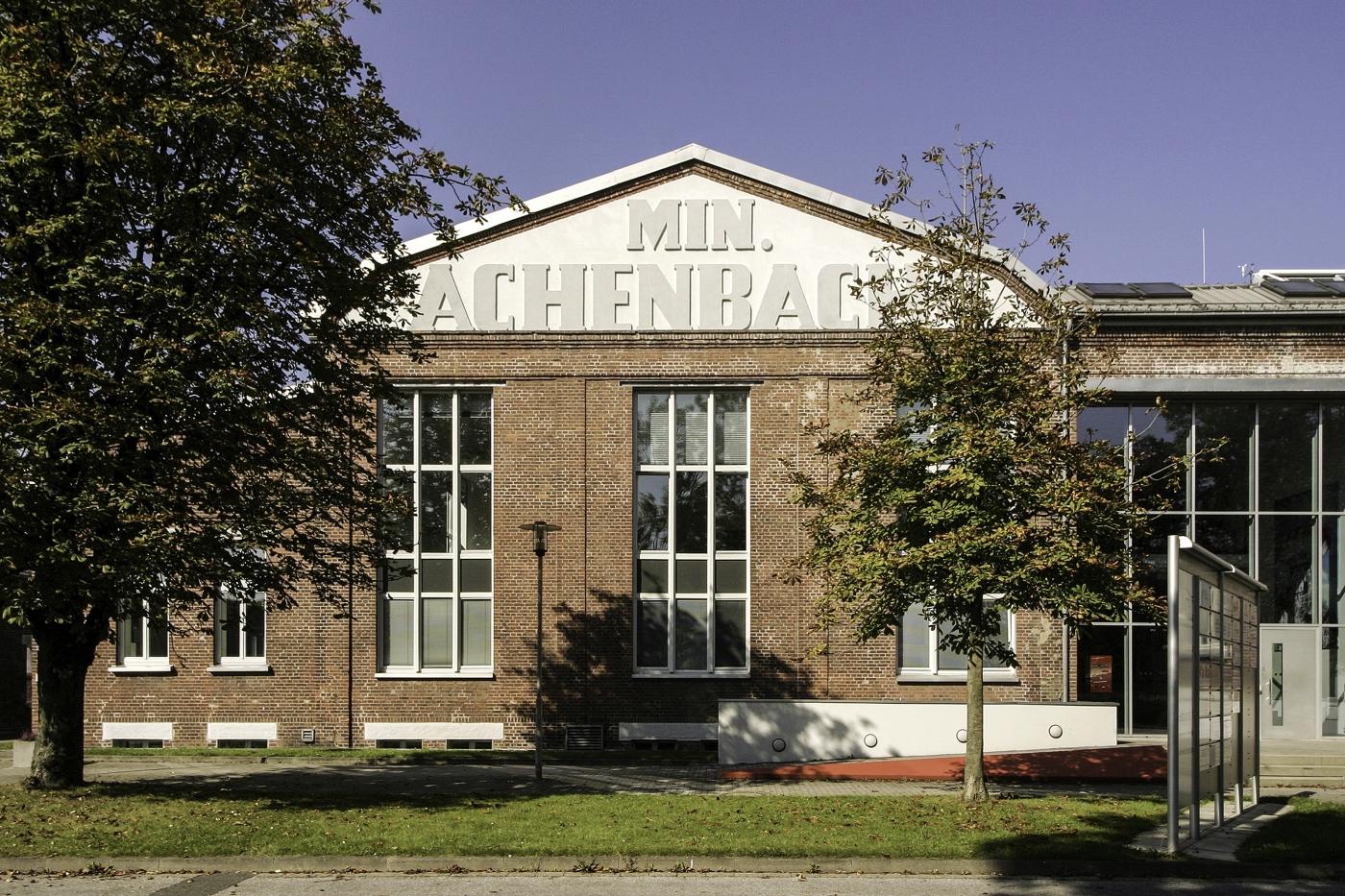 former building of the colliery 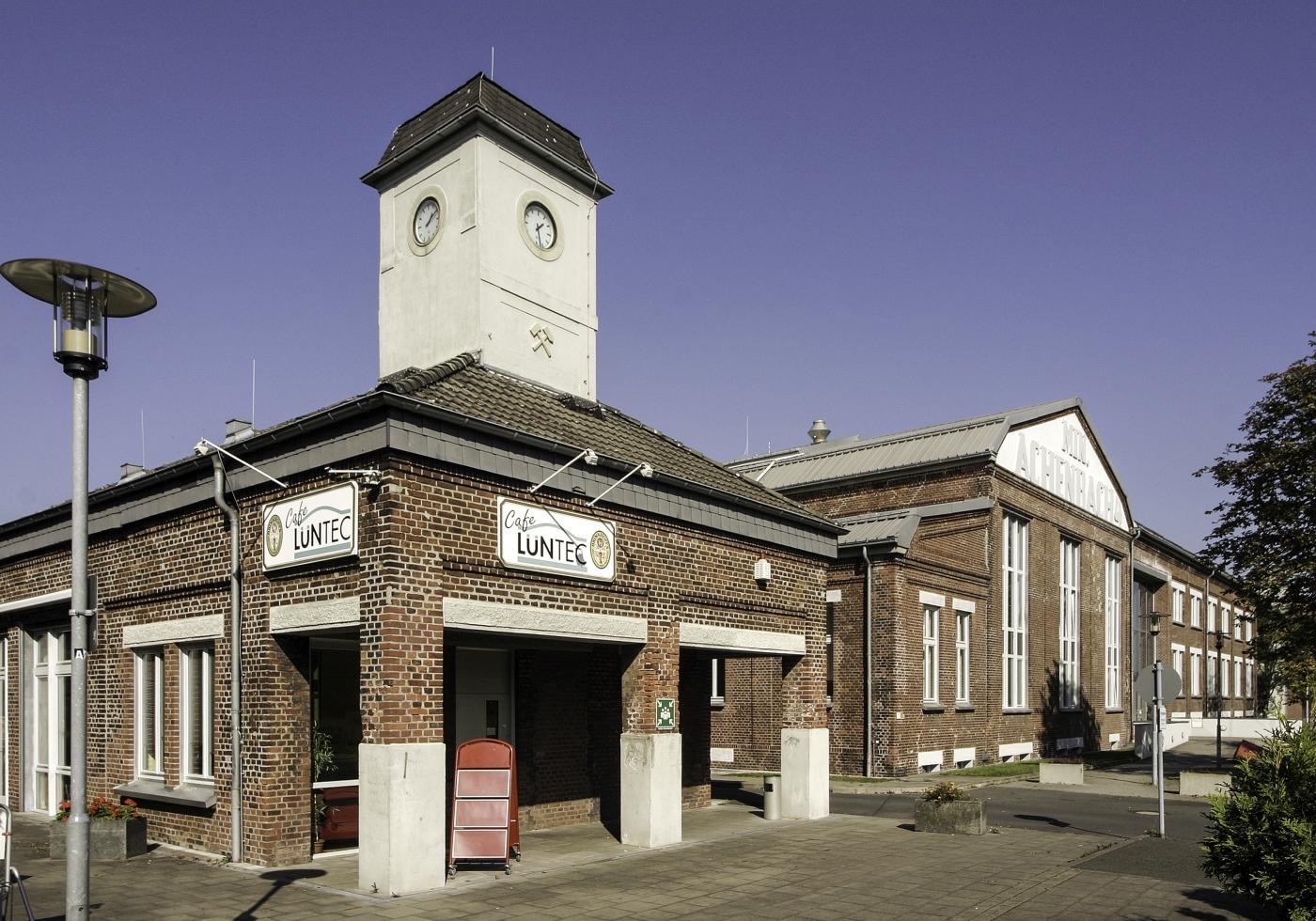 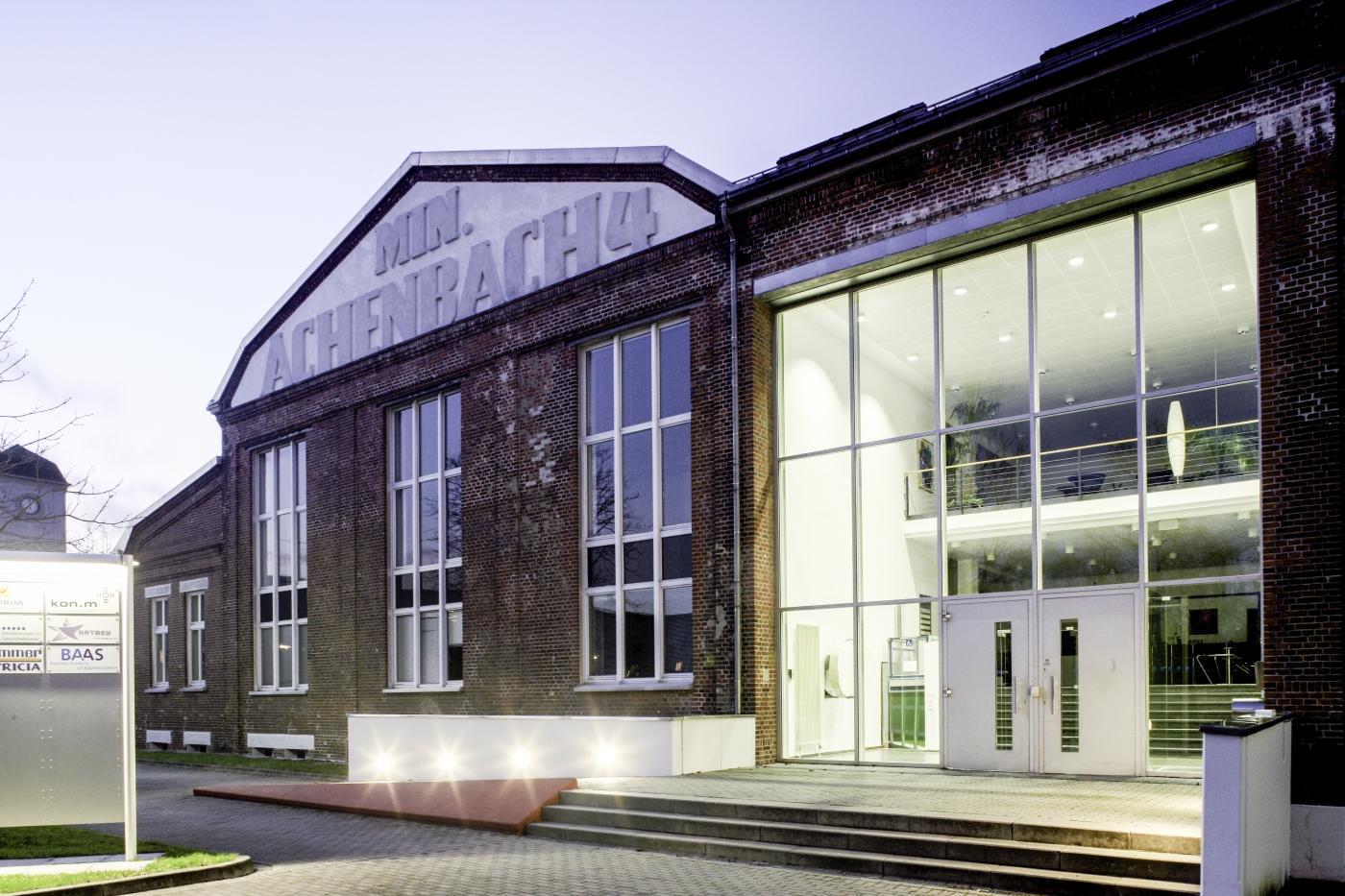 former building of the colliery at night 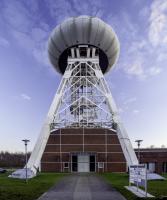 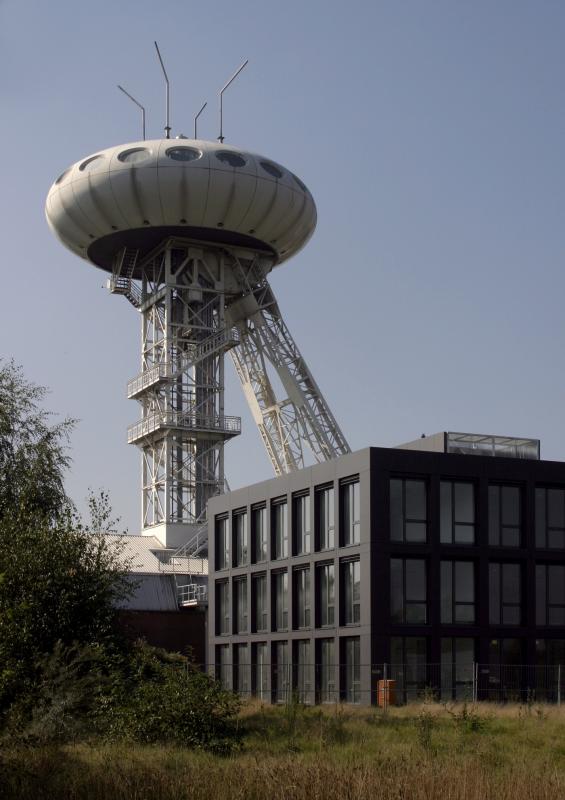 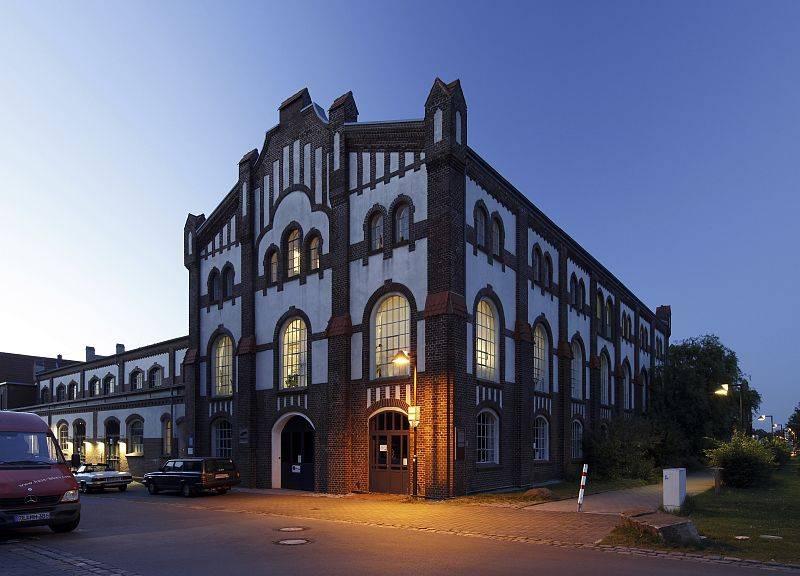 It caught much attention – the "Colani egg" on the pit frame of the former pit Minister Achenbach. And whatever your opinion, if you think it’s art or a sort of encounter of the third kind, the 300m² elliptic office made of plastic these days is a landmark of the LÜNTEC technology centre.
Star designer Luigi Colani created an attraction. If you like it or not, you will have to have seen it. And it does indicate the structural change, displayed here by the conversion of the former pit sheds to office buildings.
The former pithead baths and admin buildings of pit 4 of Minister Achenbach now house the technology centre. The main subject matter here is the environment and packaging. Right next door, in the old gate house, is a café. And where in the old days miners parked their cars, we now see the incremental development of a residential estate with flats for rent and privately owned homes.
The overall concept of the site realises the integration of technology centre, housing and landscape development. After all, the environs of the former pit, including the Achenbach tip, have been included in the plans.
The first pit of Zeche Minister Achenbach, which was named after the Prussian trade minister Heinrich von Achenbach, was mined from 1897 and commissioned three years later. Pit 4, which now bears the Colani egg, developed after WWI and the first coal was extracted here in 1924. In the 1960s, the 3/4 site was no longer used for extraction, as the coal crisis necessitated some streamlining.
Until 1990, Minister Achenbach served as a training centre for apprentices.