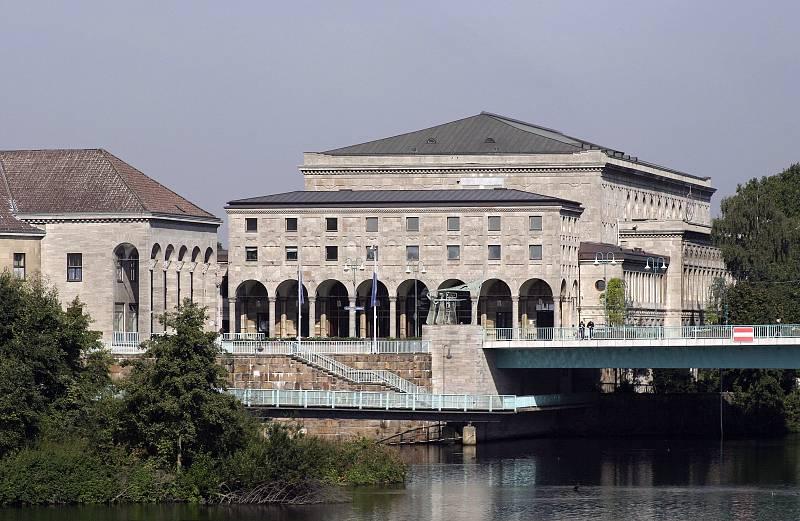 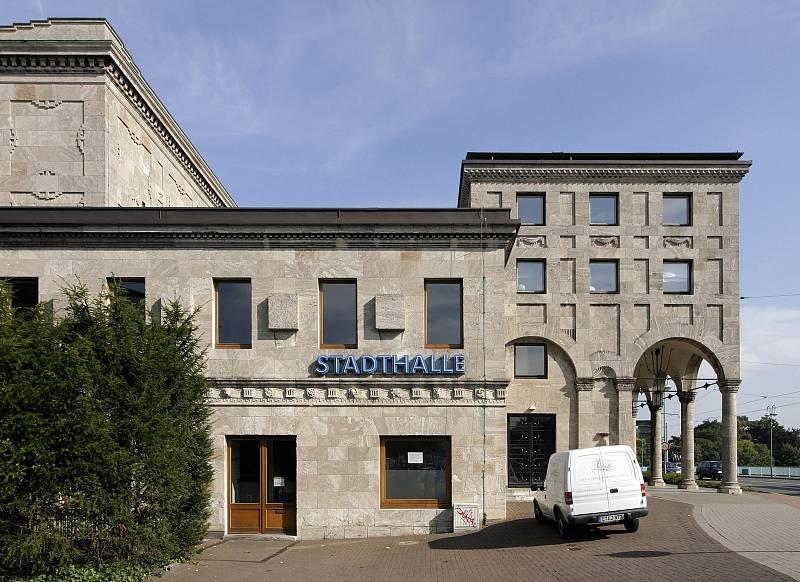 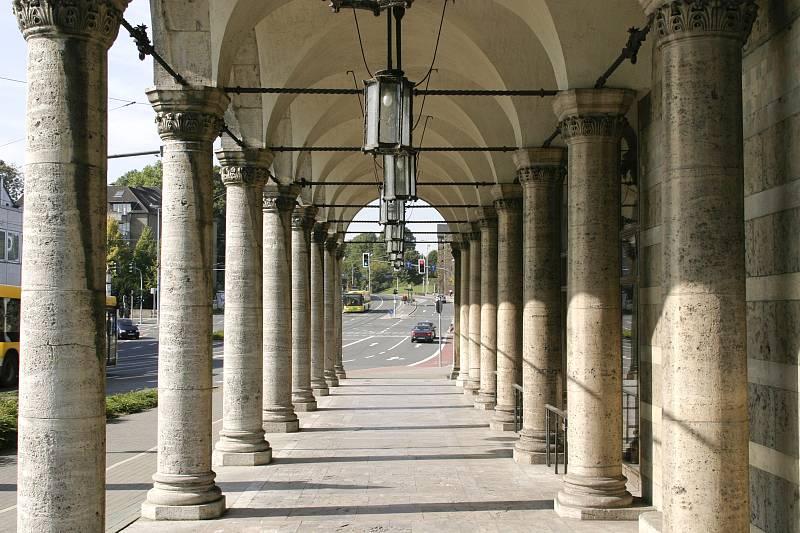 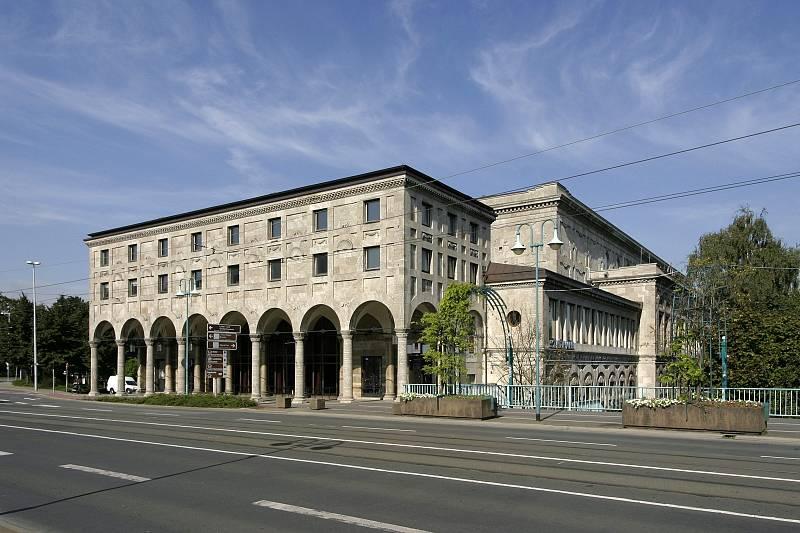 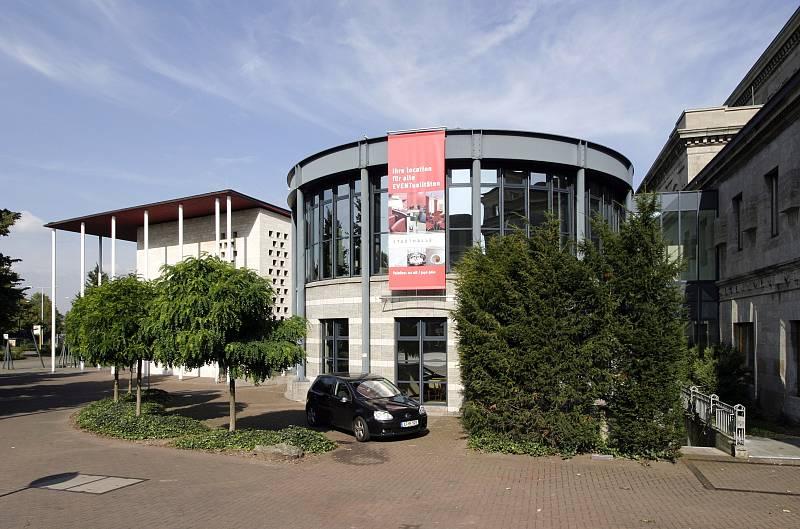 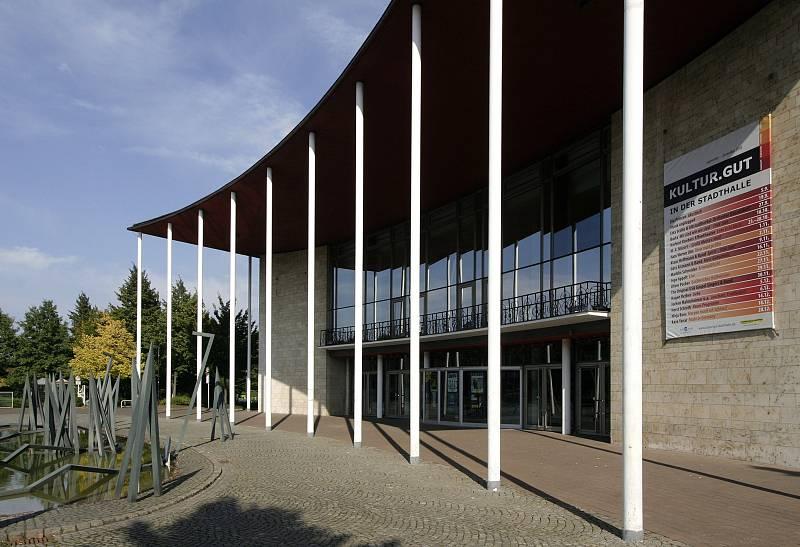 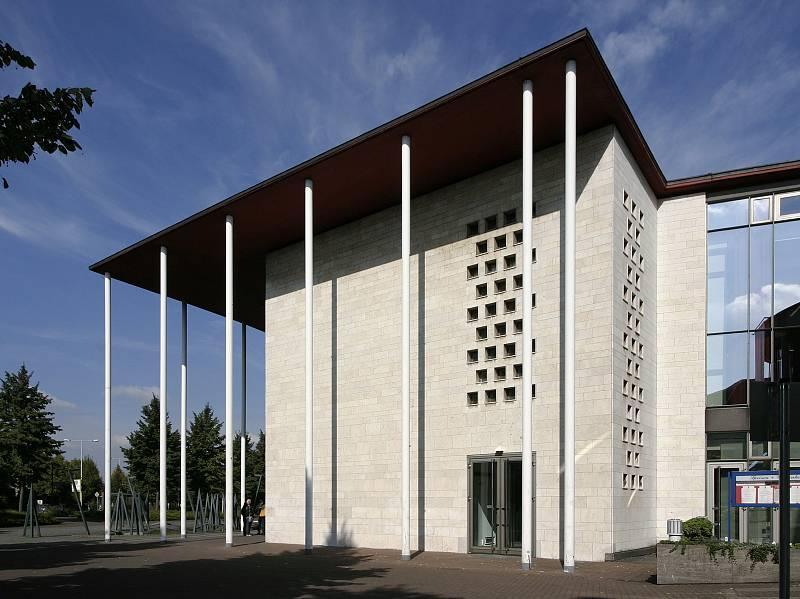 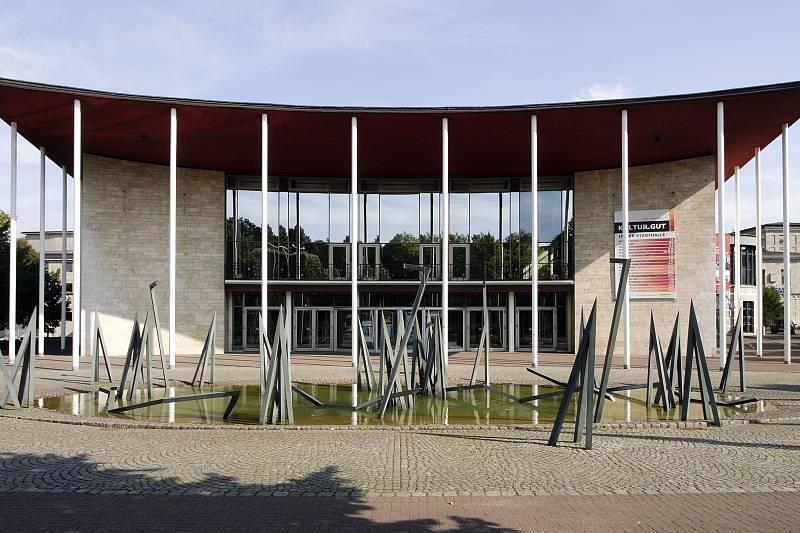 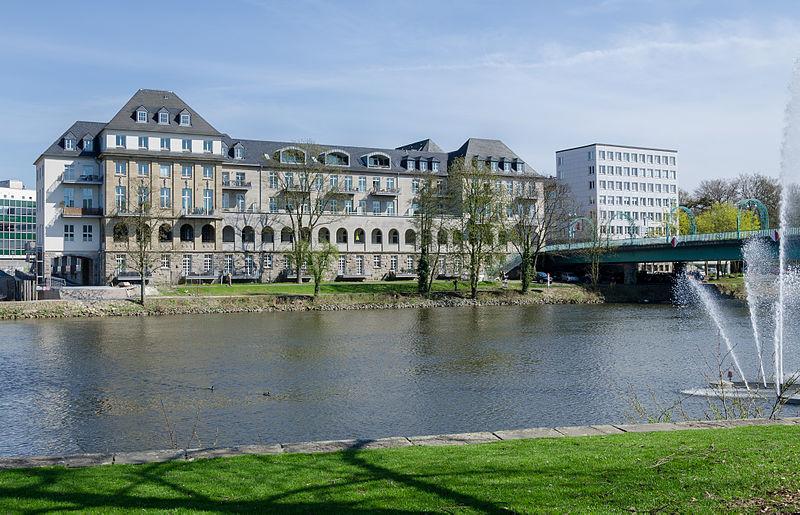 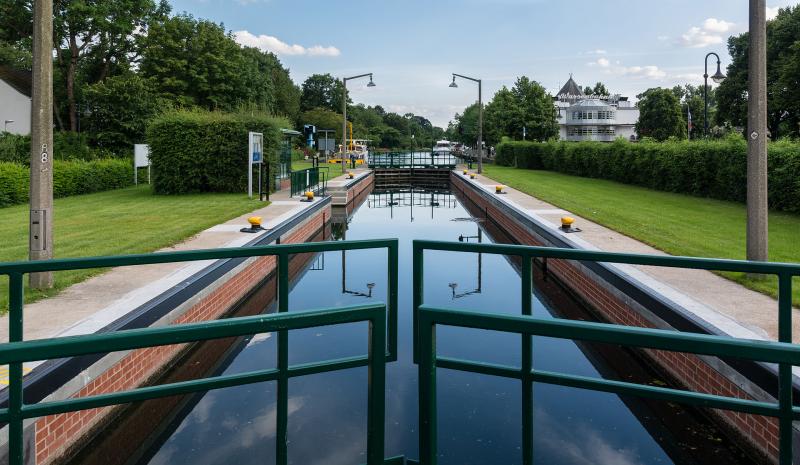 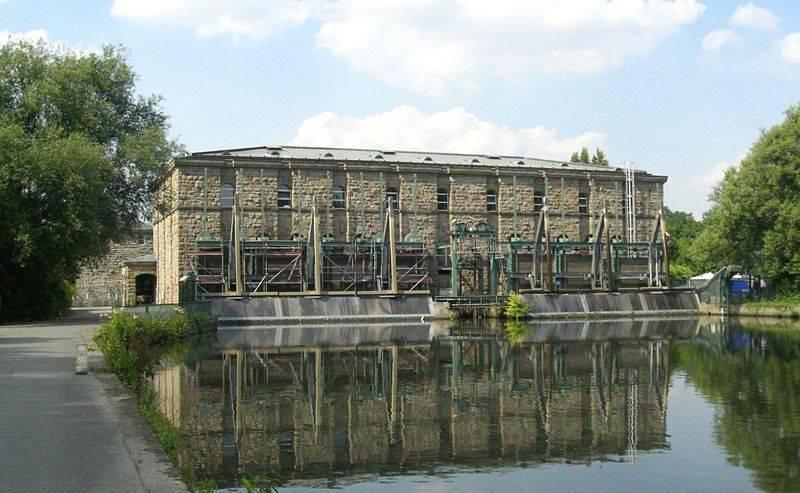 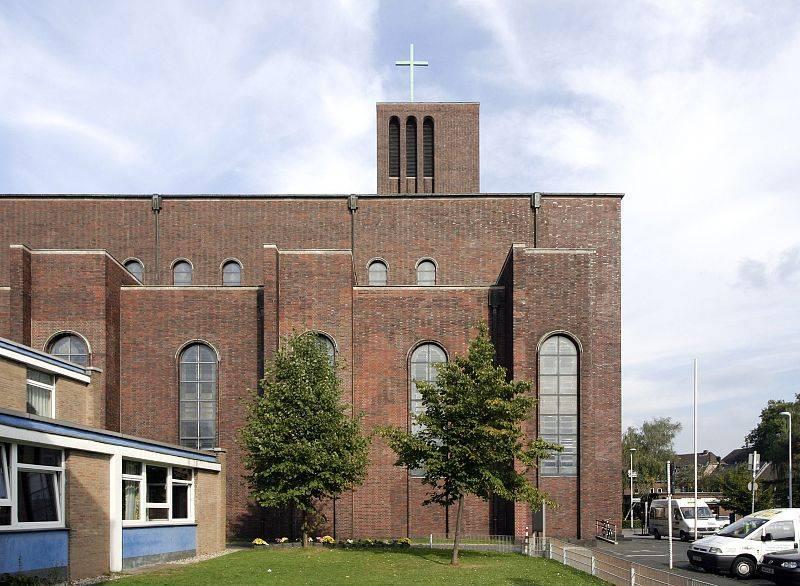 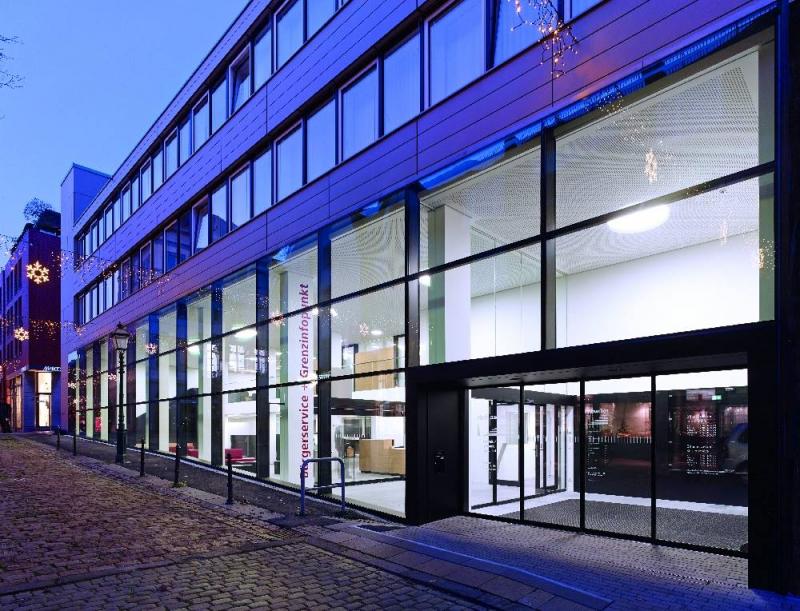 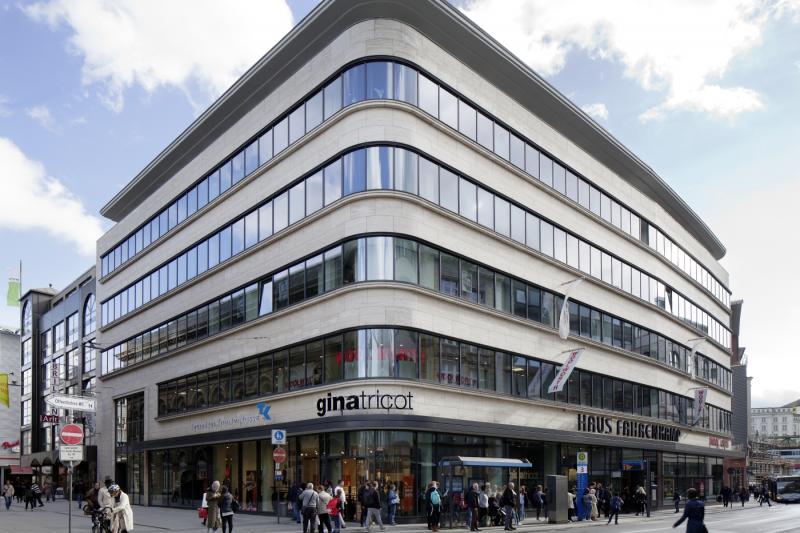 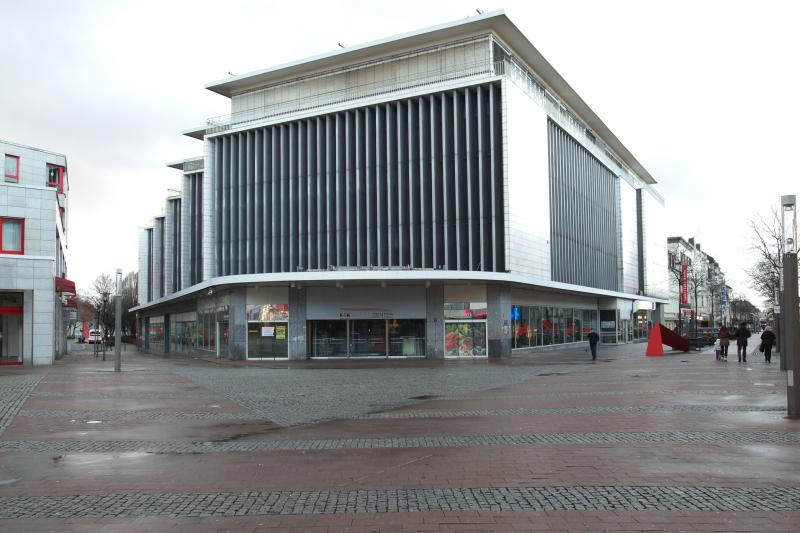 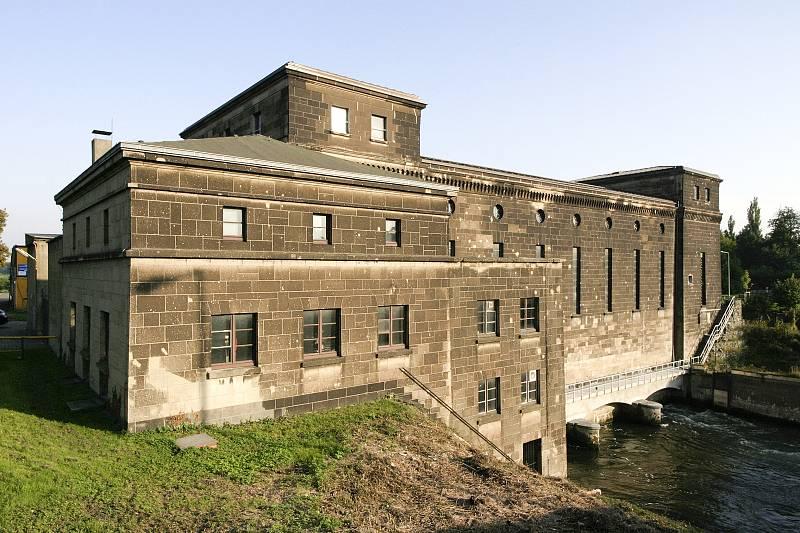 1922 competition for municipal hall designs; cultural centre of Mülheim an der Ruhr. Construction time 1923-1926: Building concept and design of the exterior by architect Hans Großmann (3rd prize), interior Prof. Emil Fahrenkamp (on recommendation)
Completion of the ensemble municipal baths (Stadtbad), Schloßbrücke (bridge) to turn the city into a “Venice of the Ruhr”. Parallel to the river, with a front of 100m, staggered structures with the large hall at the centre. The unique effect was perfected by Fahrenkamp’s interior design, also finding its high point in the large hall.
In 1943, the Stadthalle, with the exception of the south part of the building, burnt down completely after having been hit by bombs. After preliminary repairs, the Stadthalle was gradually re-opened after a complete renovation in 1956-1957 by Prof. Gerhard Graubner from Hanover.
Now the structure is no longer accessed parallel to the river but perpendicularly via a new hall in front with the ballroom above. With its roof cantilevered above the slim columns and the huge glass surfaces, it was much different from the massive cube. The newly designed concert hall and theatre was now characterised by rising rows of seats and enamel loges.
1986 listed in Mülheim an der Ruhr. Permanent change since the 1950s: In 1992, expanded by a rotunda. At the beginning of the 21st century, the building is again being renovated and expanded in order to meet the requirements placed upon a conference centre.