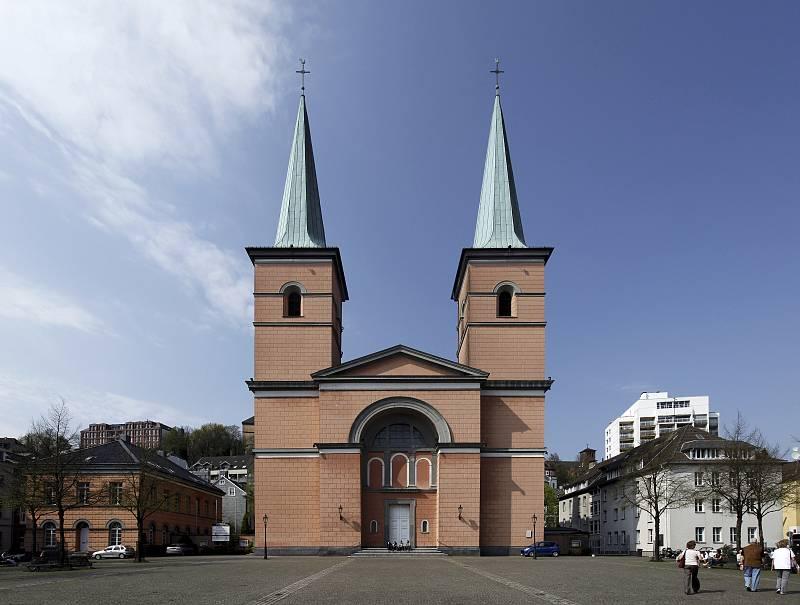 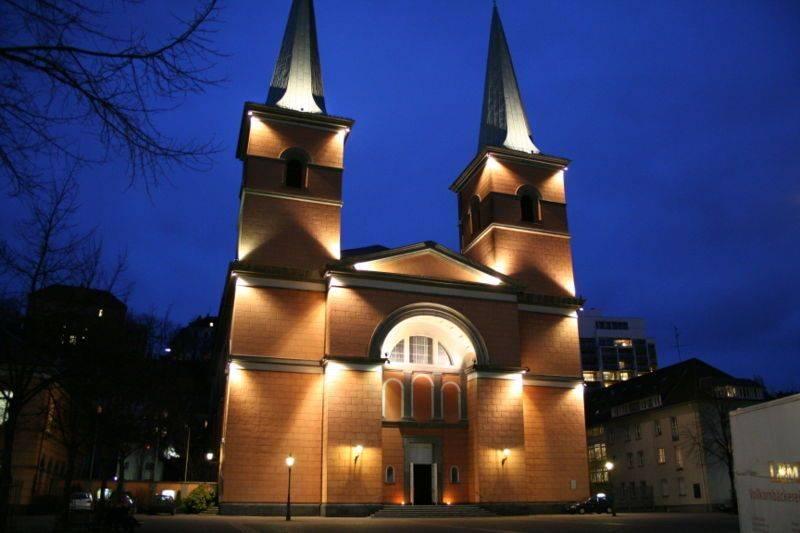 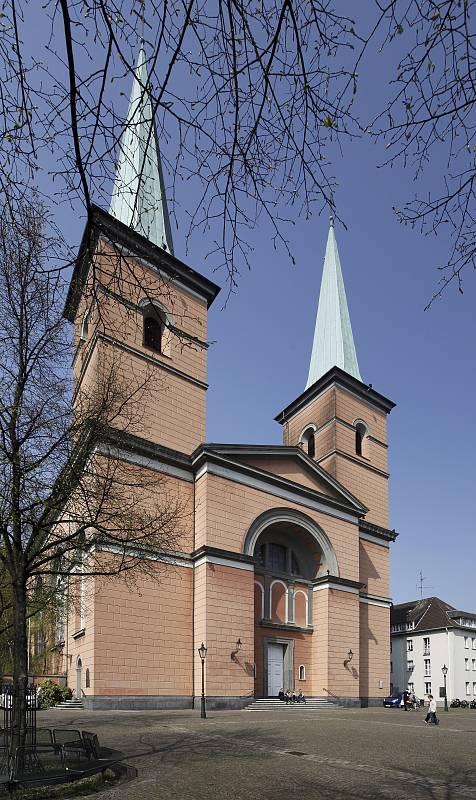 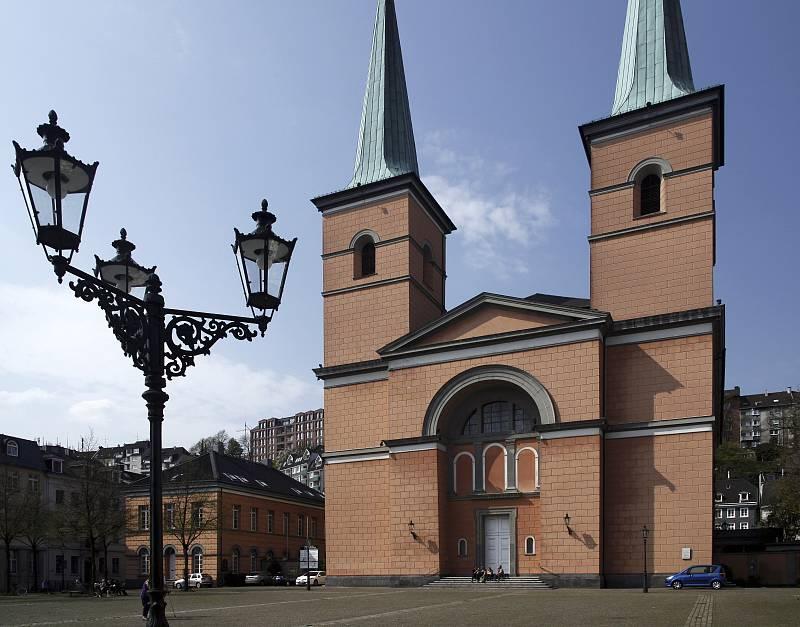 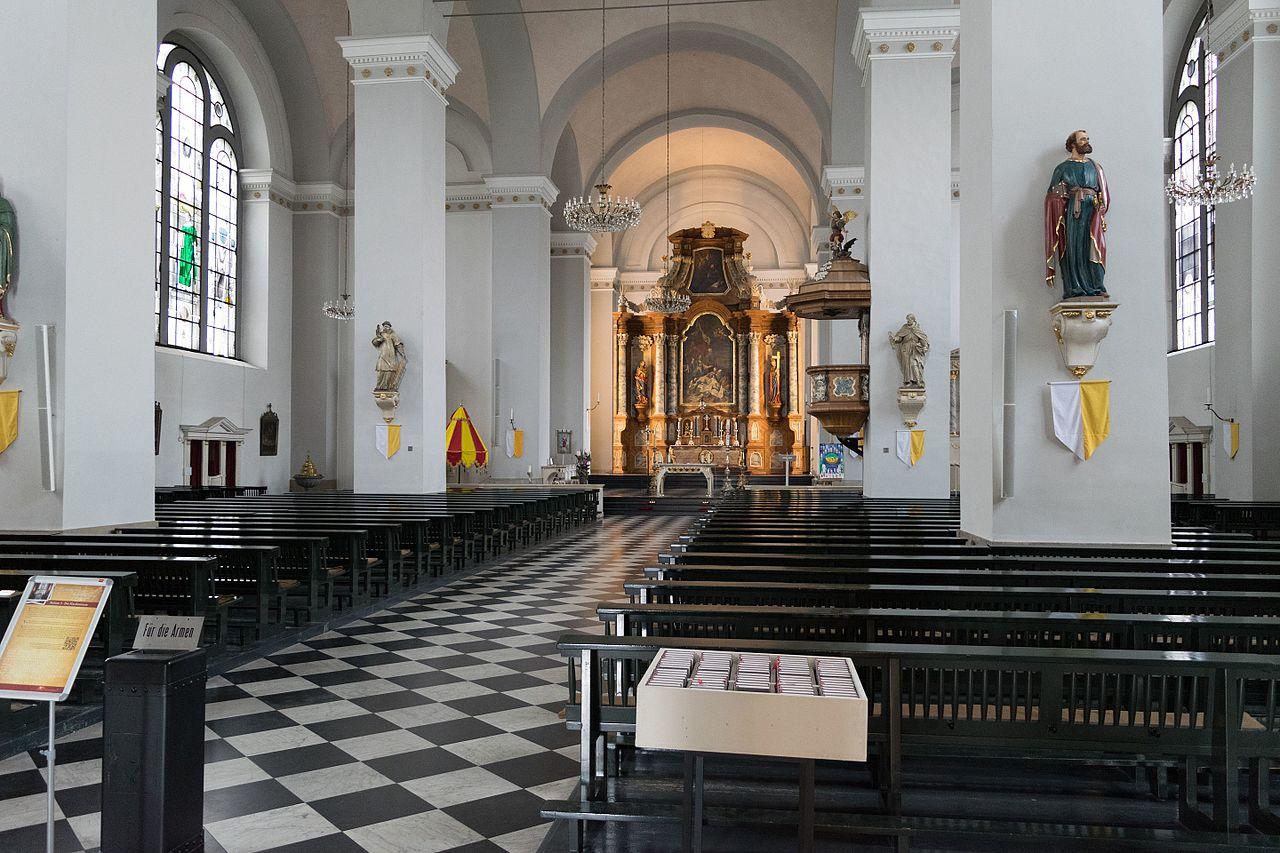 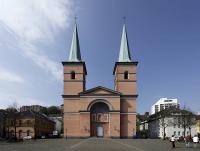 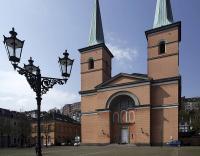 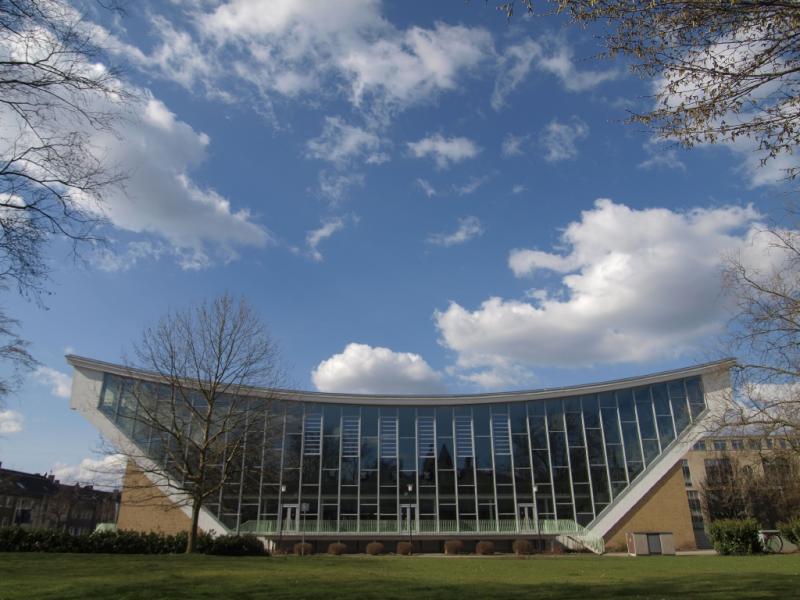 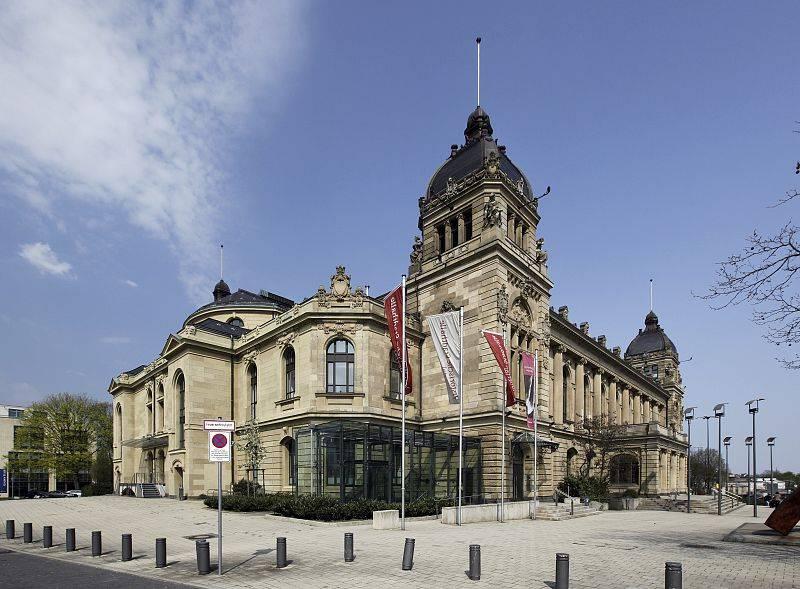 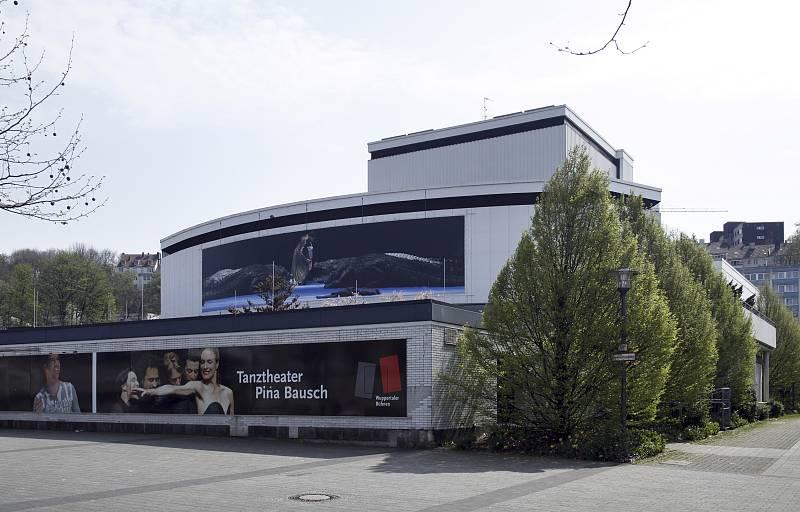 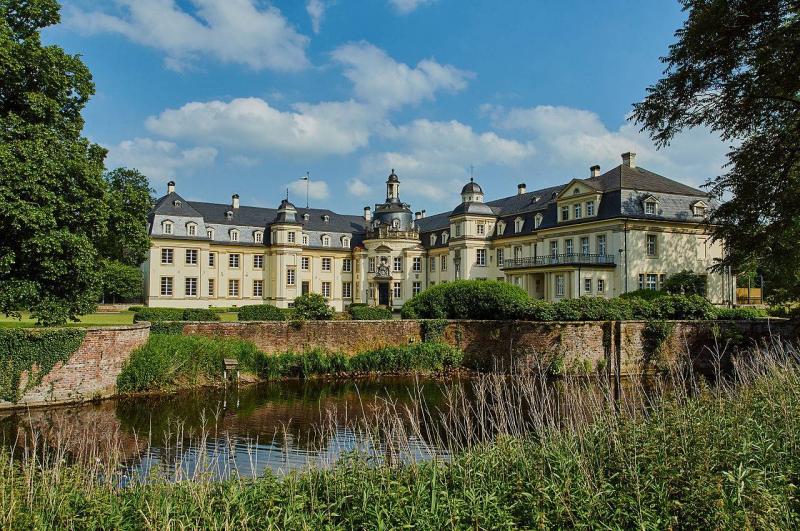 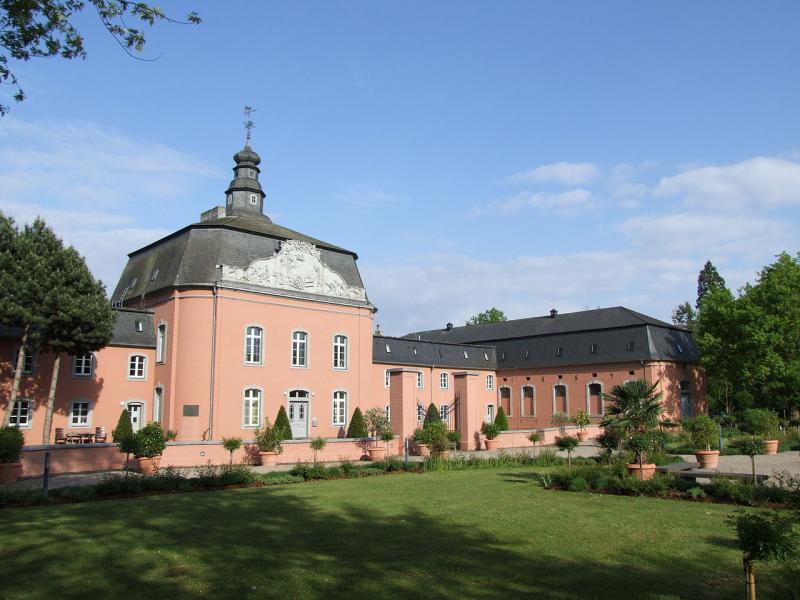 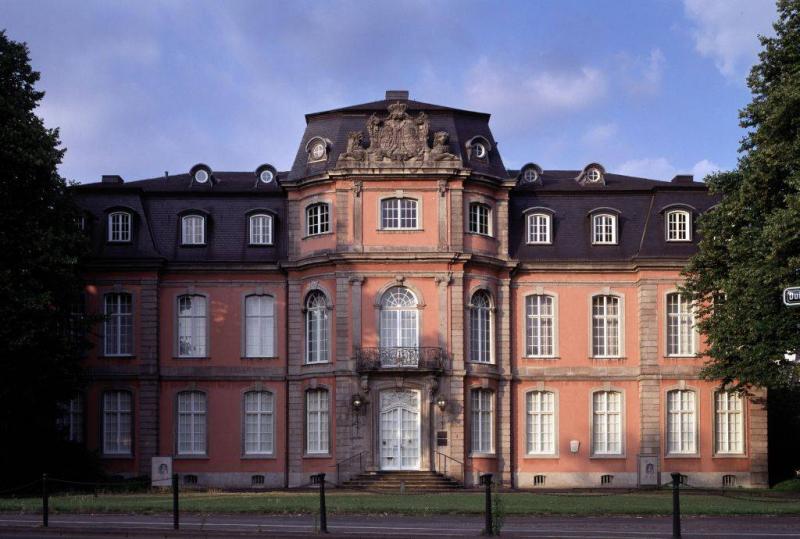 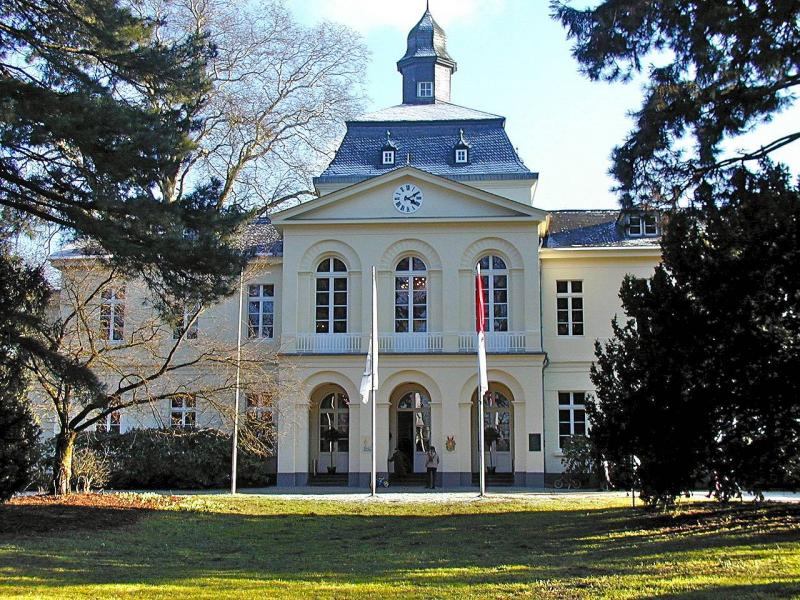 In 1825, the Catholic congregation acquired the so-called “Osterfeld”, a site which at that time bordered on the town of Elberfeld’s west side and was undeveloped. In 1828, the foundation stone of this church and the attendant parish buildings was laid.St. Laurentius is a strictly classicist church with a double tower facade and a nave with a pitched roof. Between the towers is the slightly protruding entrance building. This forms an arch with a semi-circular window and columns beneath which we find the church’s portal. The facade is made of pink sandstone and is accentuated by white cornice bands.The nave is broken down into three axes by large round-arch windows and ends in a rectangular choir. Laurentiuskirche is one of the most notable classicist buildings in Wuppertal. In WWII, it was heavily damaged in air raids; reconstruction was incremental and only finished in 1979.