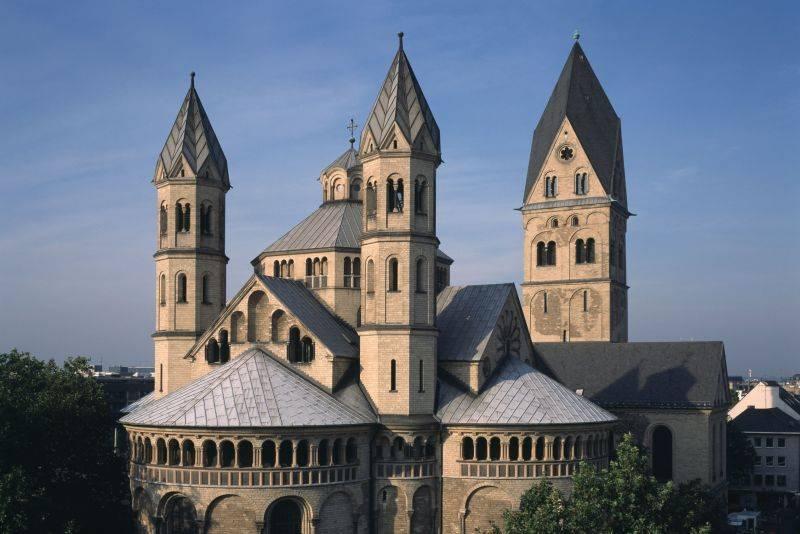 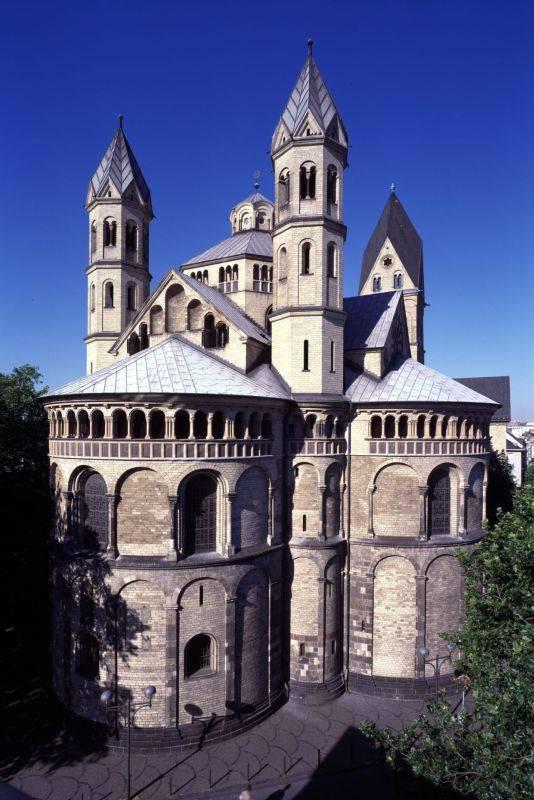 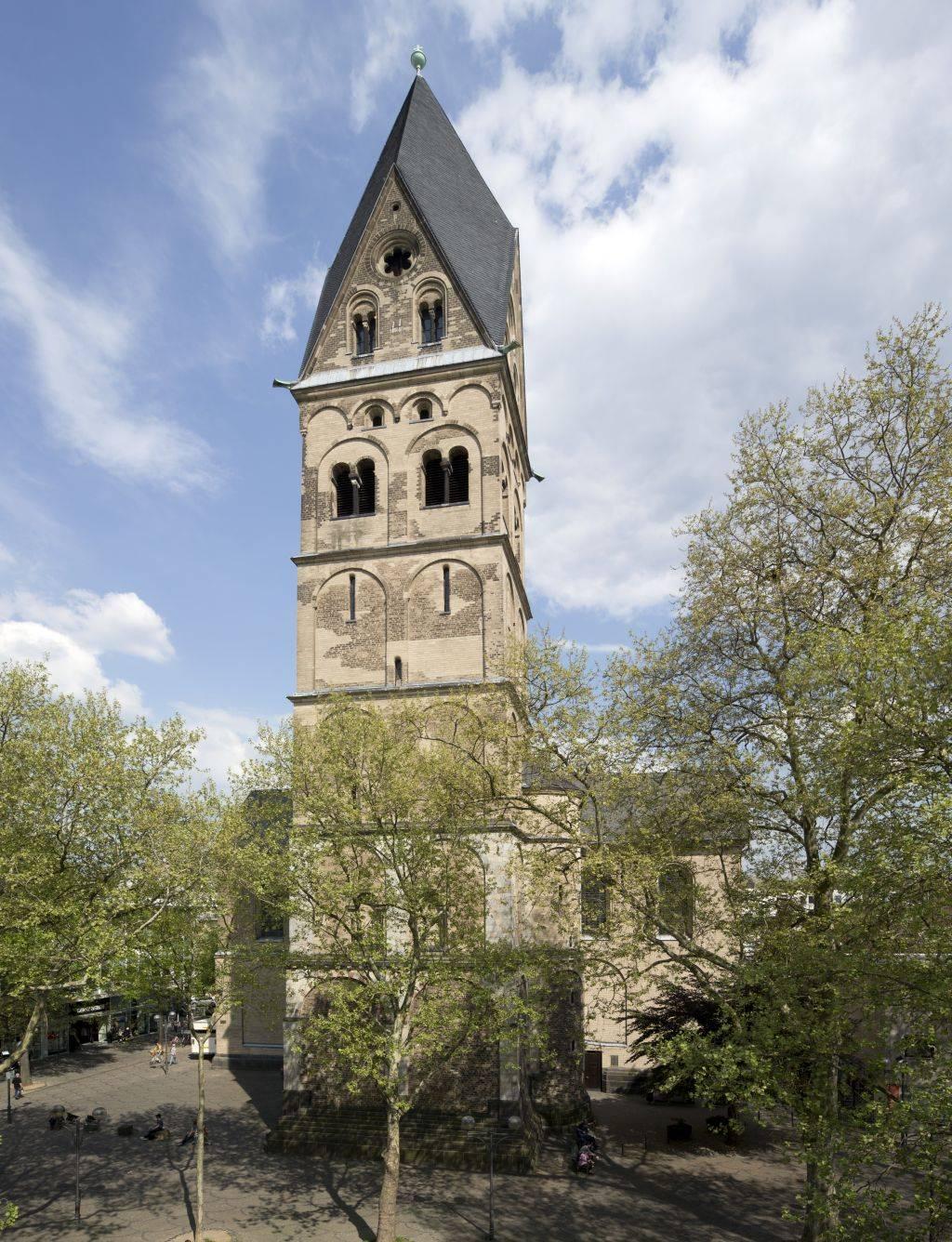 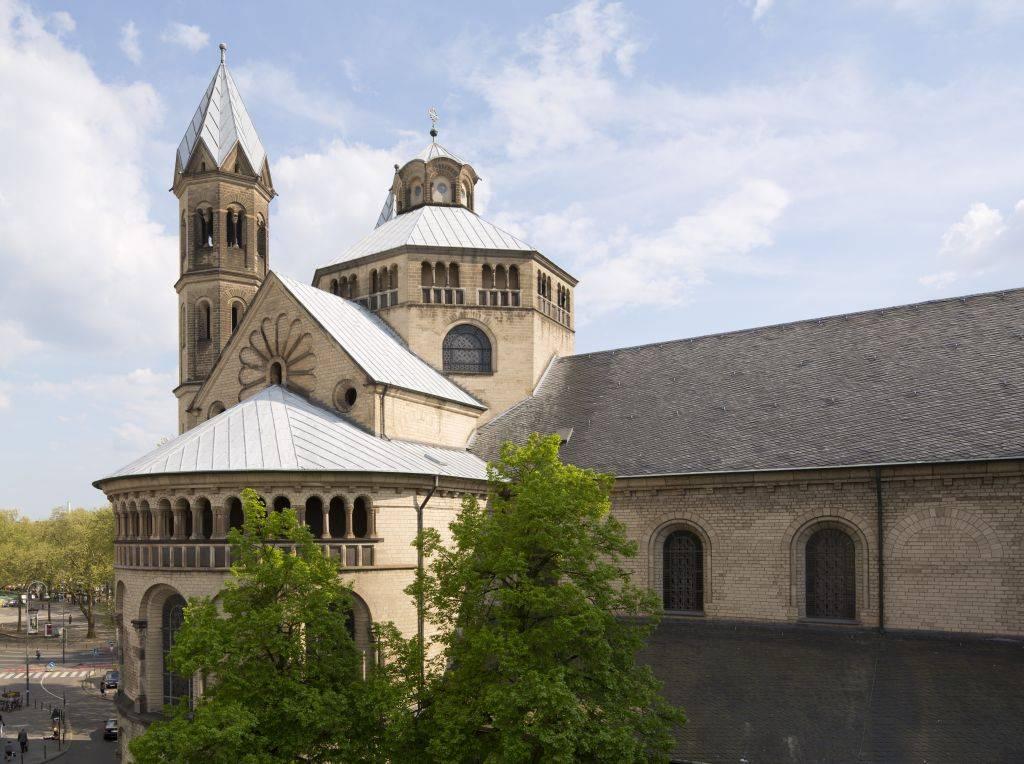 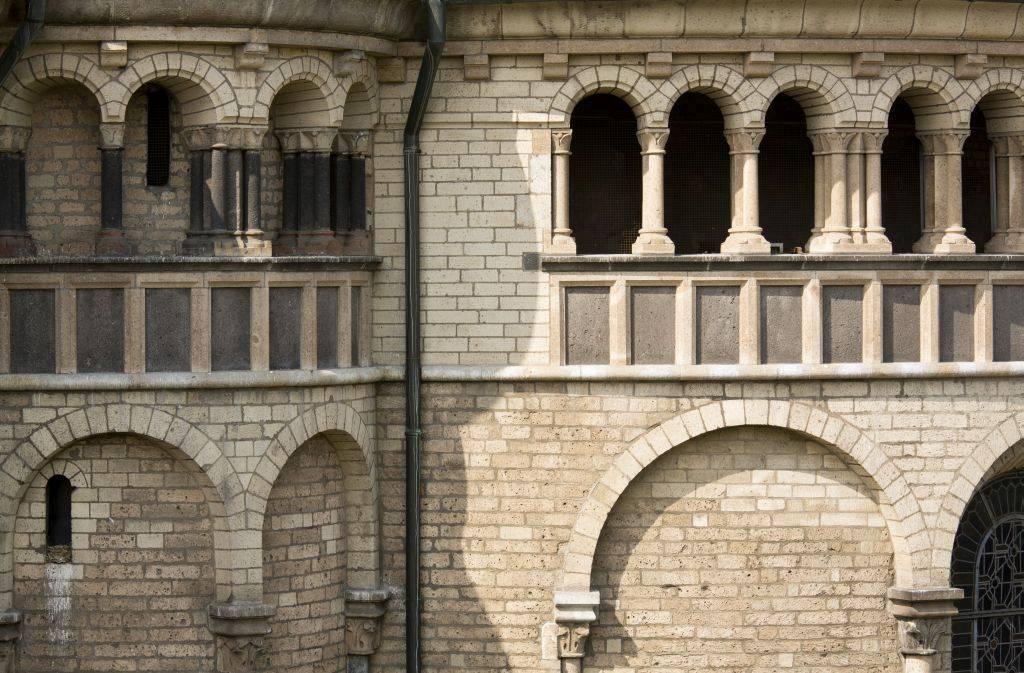 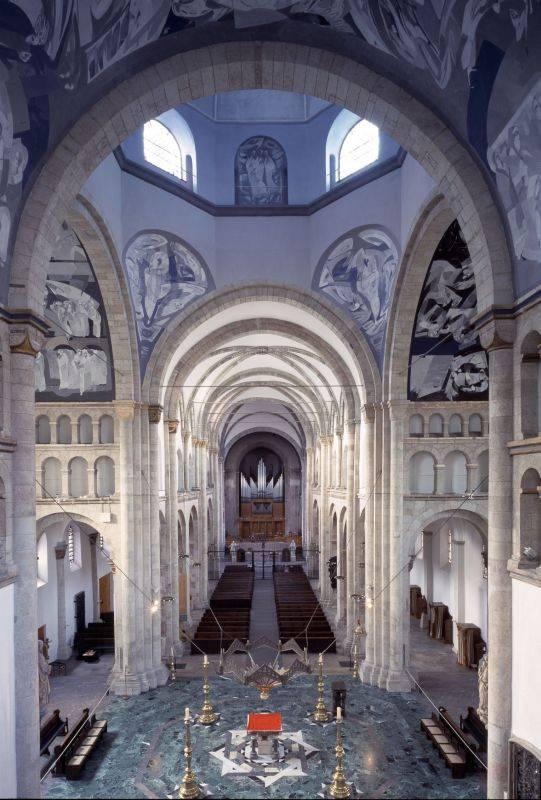 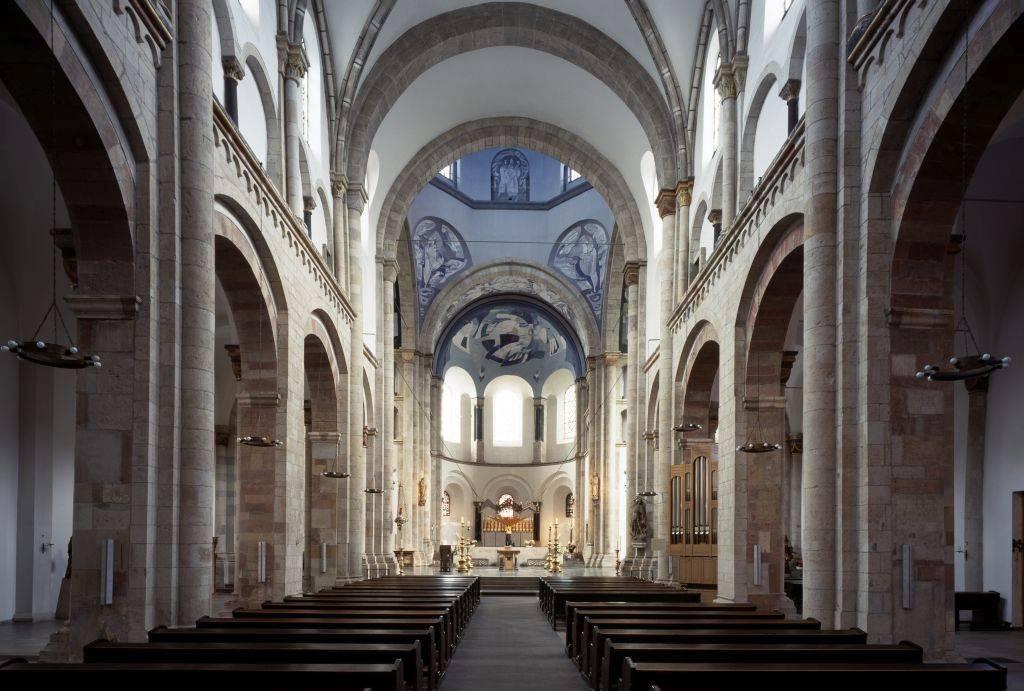 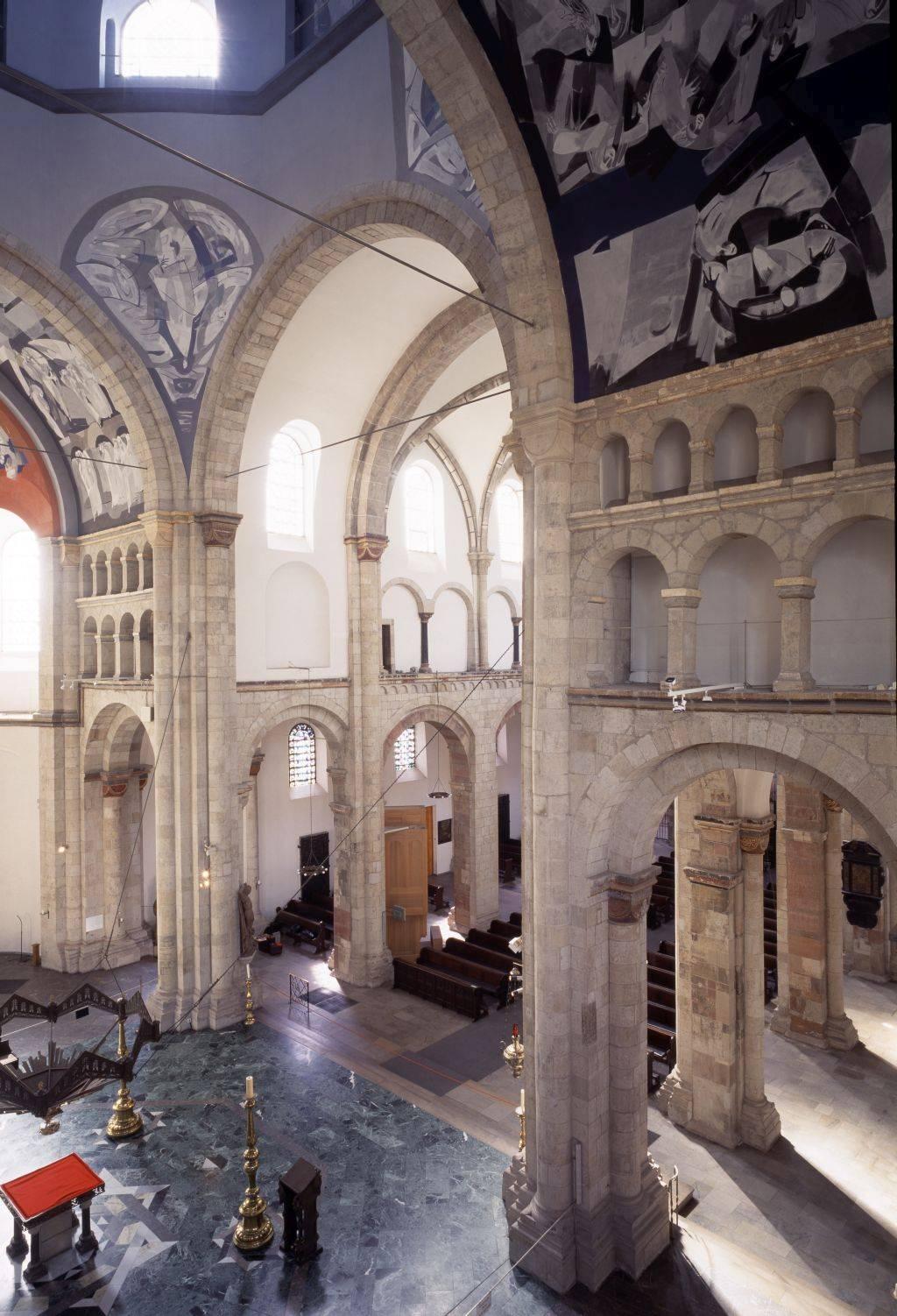 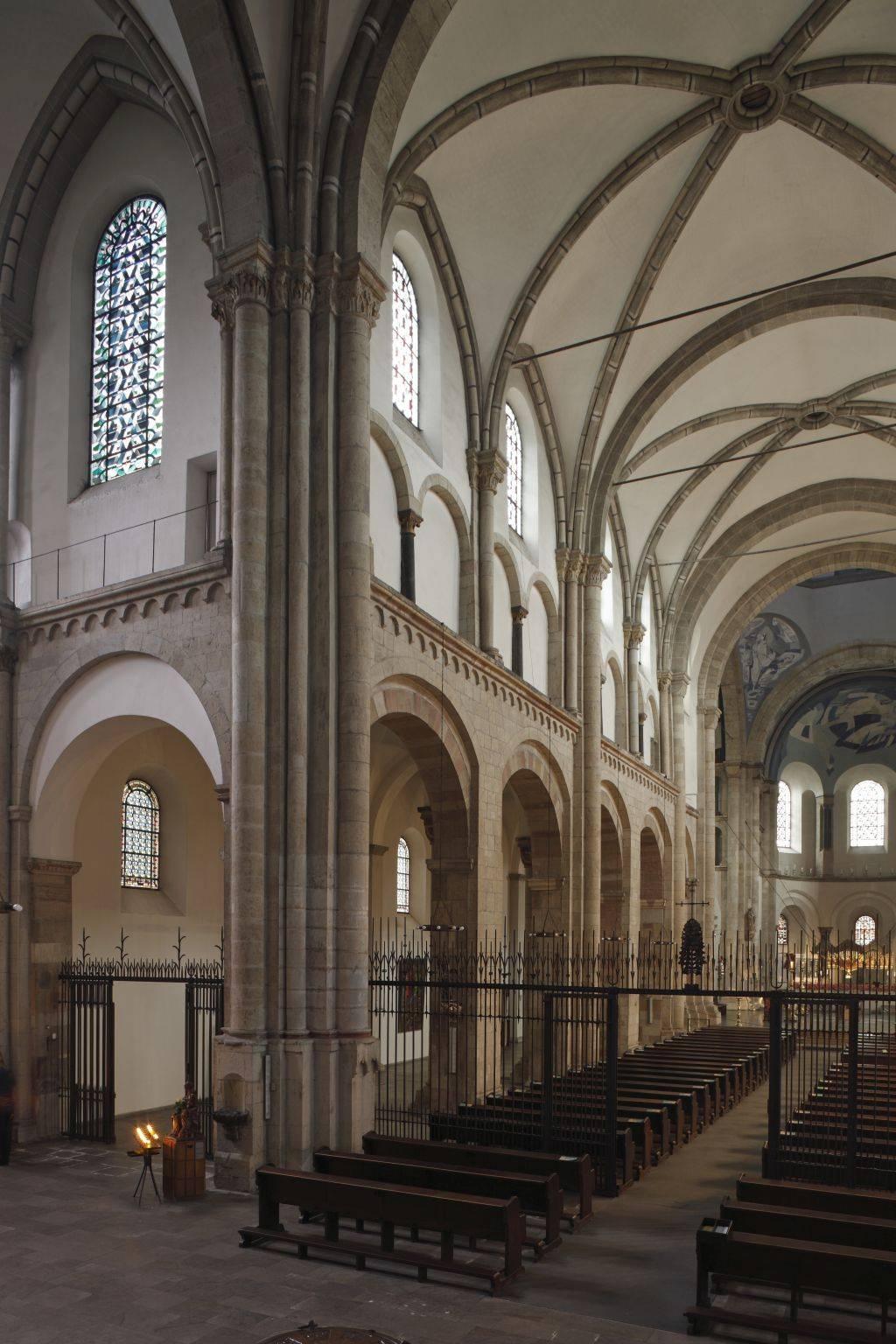 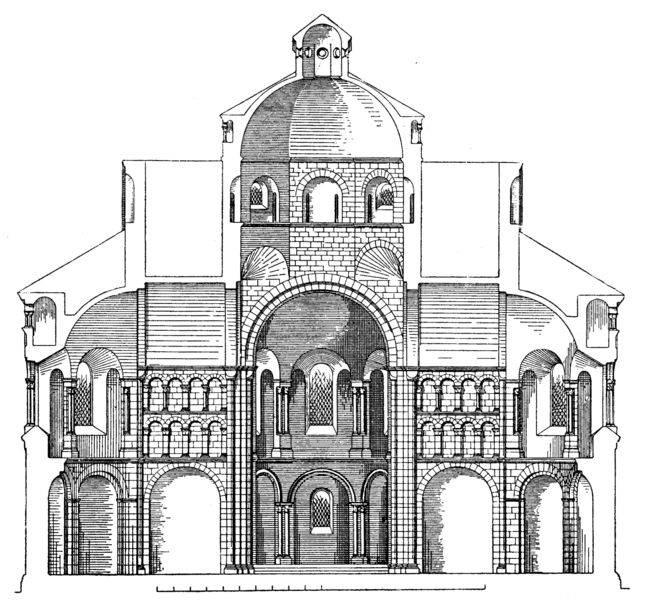 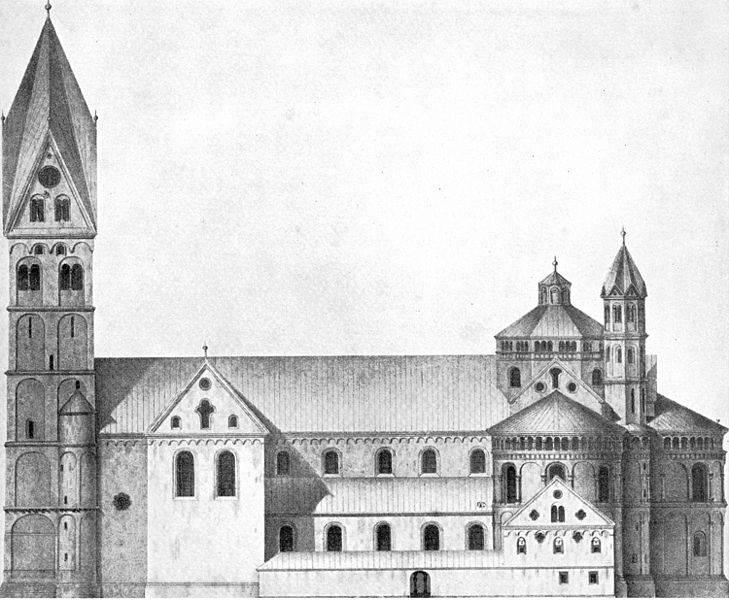 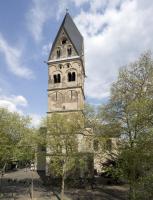 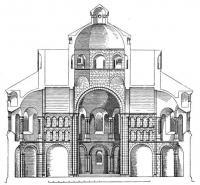 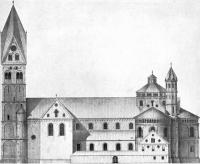 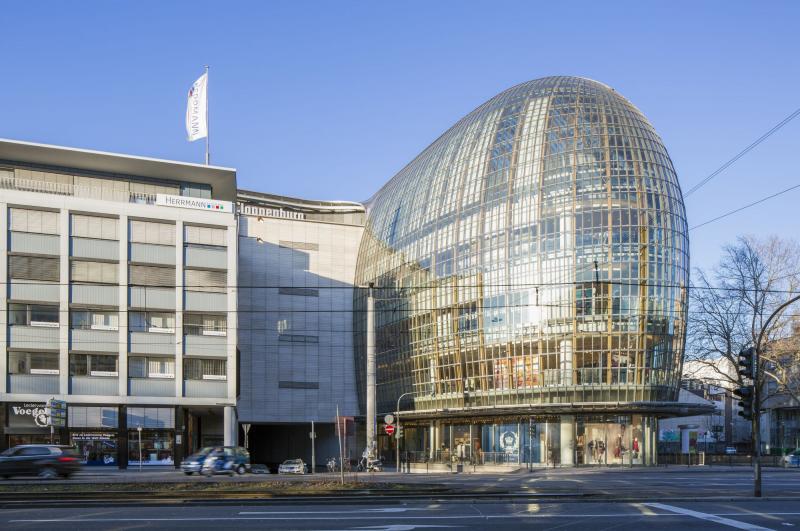 The Apostelnstift’s church founded in the 11th century by Archbishop Pilgrim was a large three-nave basilica with a transept and choir to the west. About 1200, the Ottonian building was extended by a great triconche to the east. This made St. Aposteln a major Rhenian Romanesque building. The former collegiate church is a three-nave basilica from Salic and Staufian times with a trefoil choir to the east and a transept and a high steeple to the west. The convent and its church were to the west of the city, outside the city walls still extant in the Middle Ages.