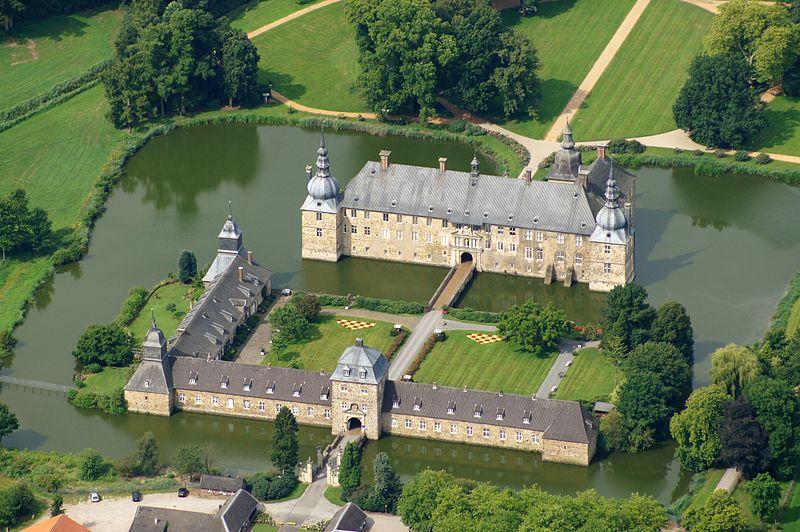 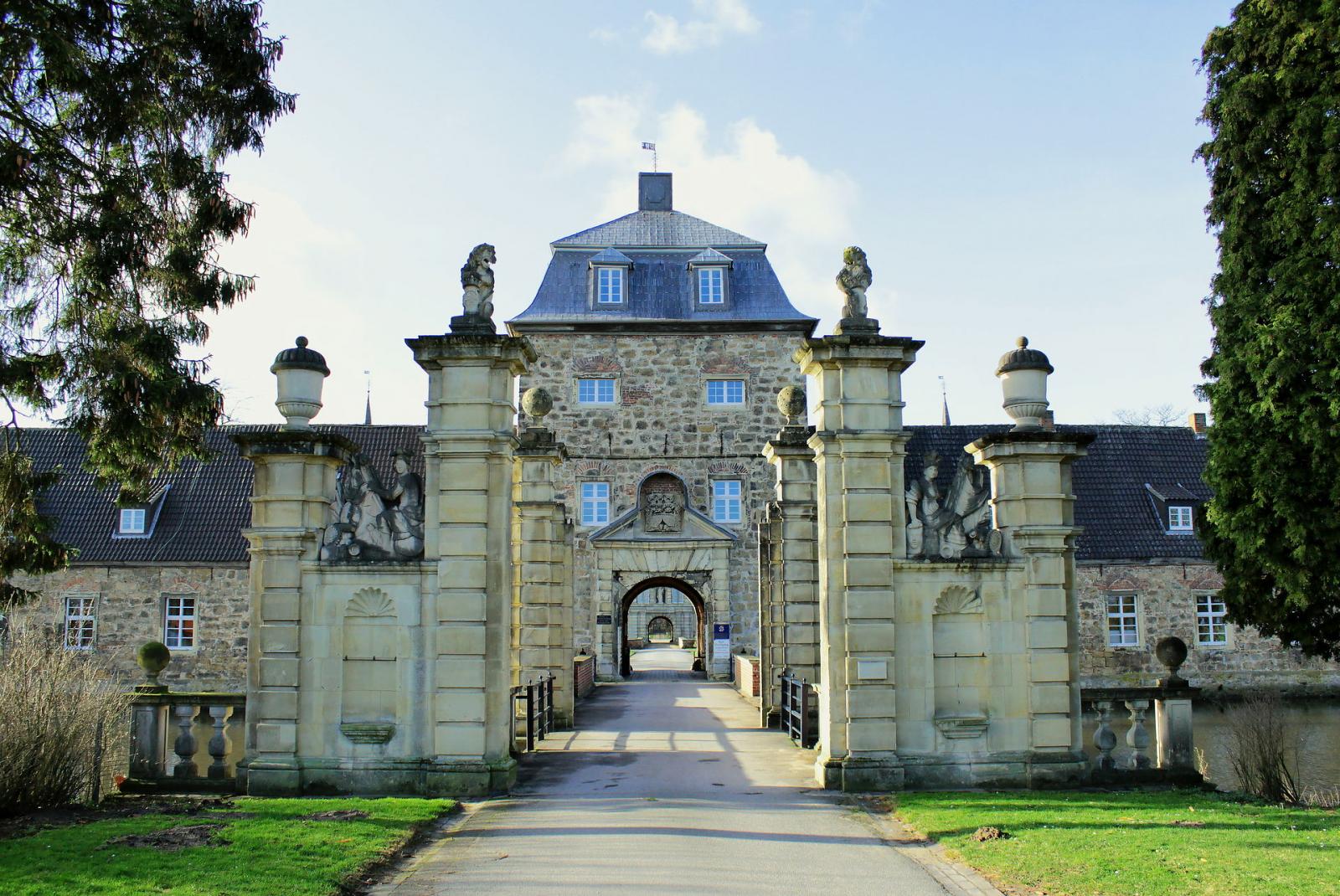 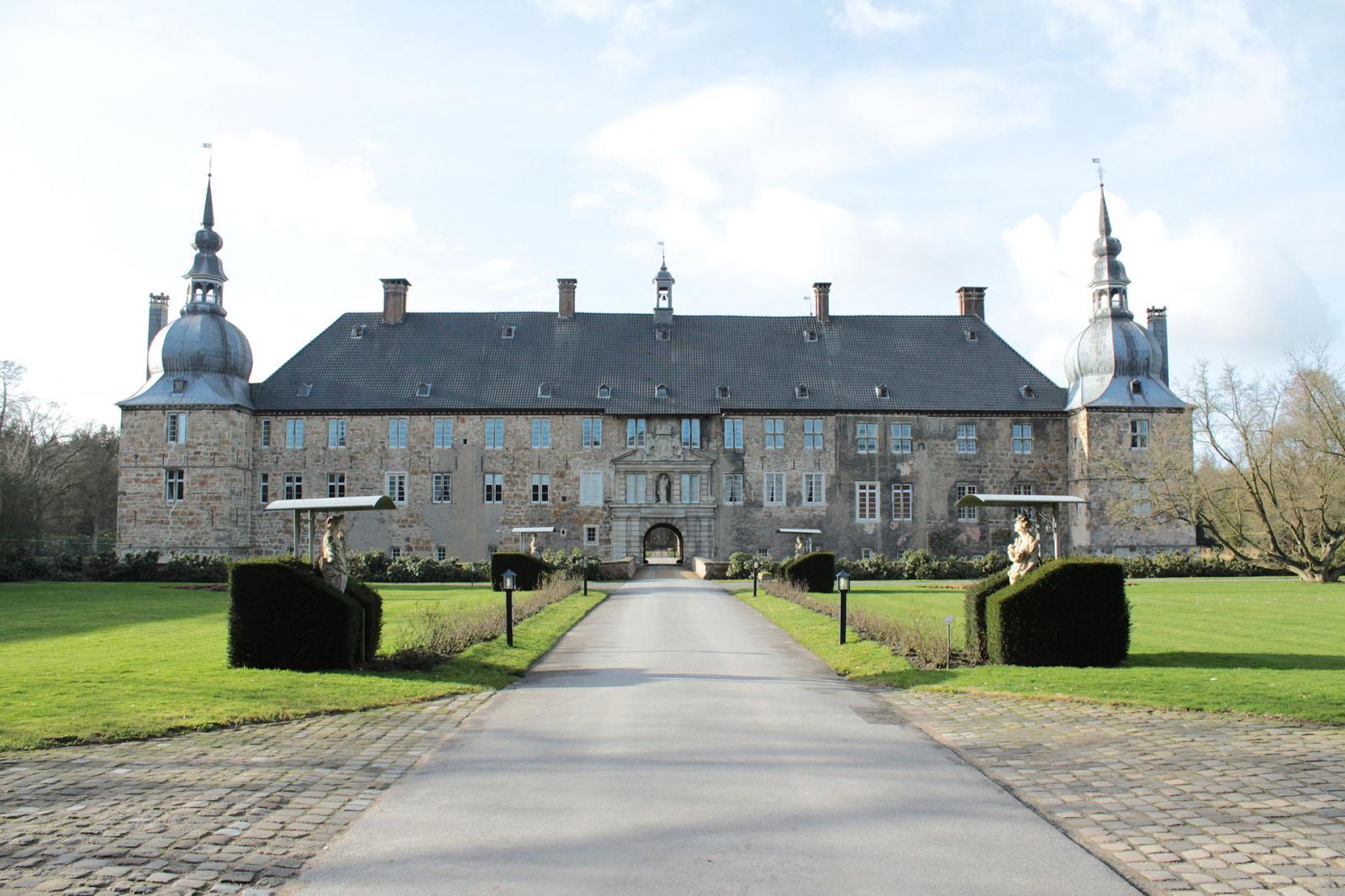 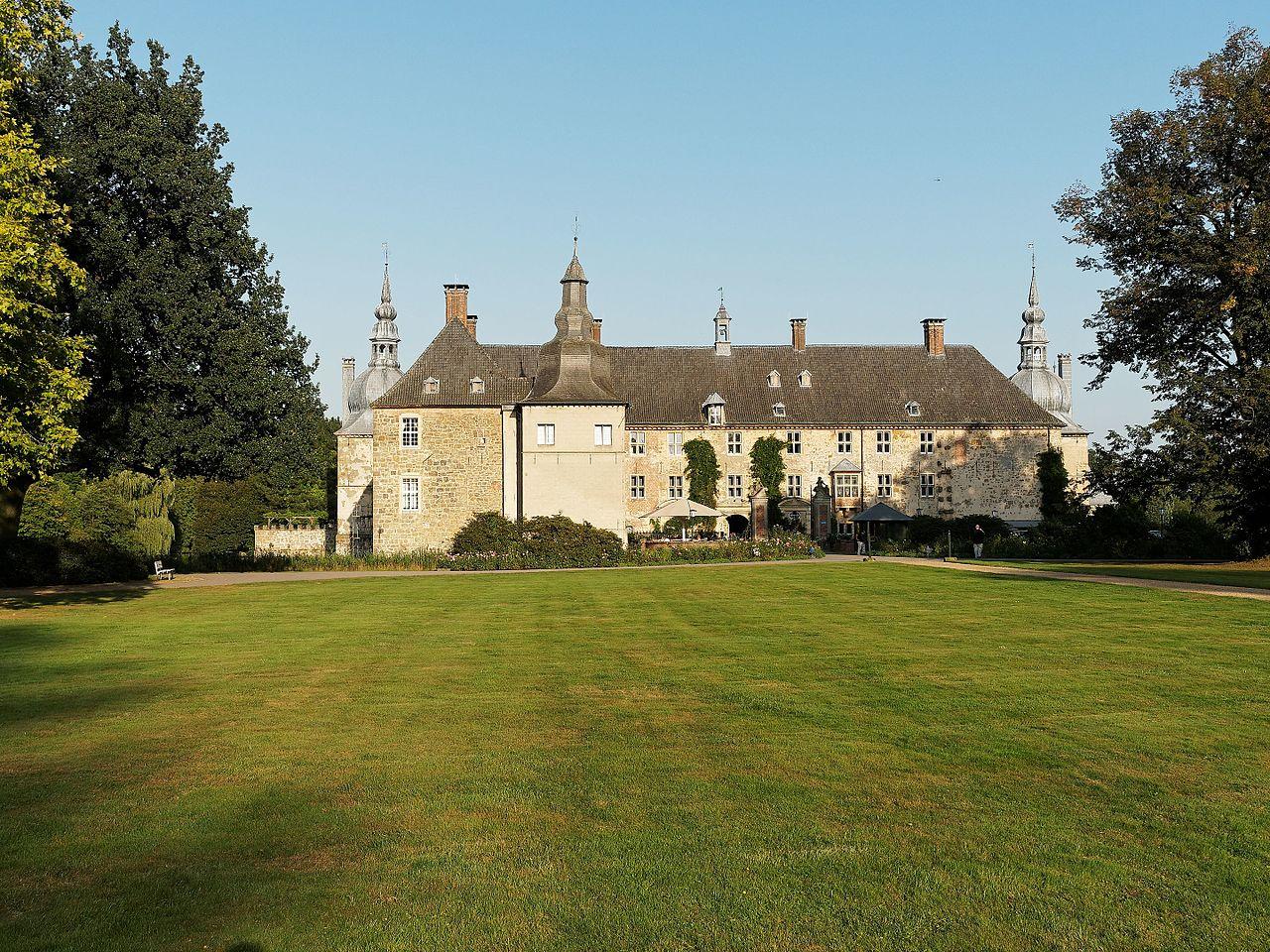 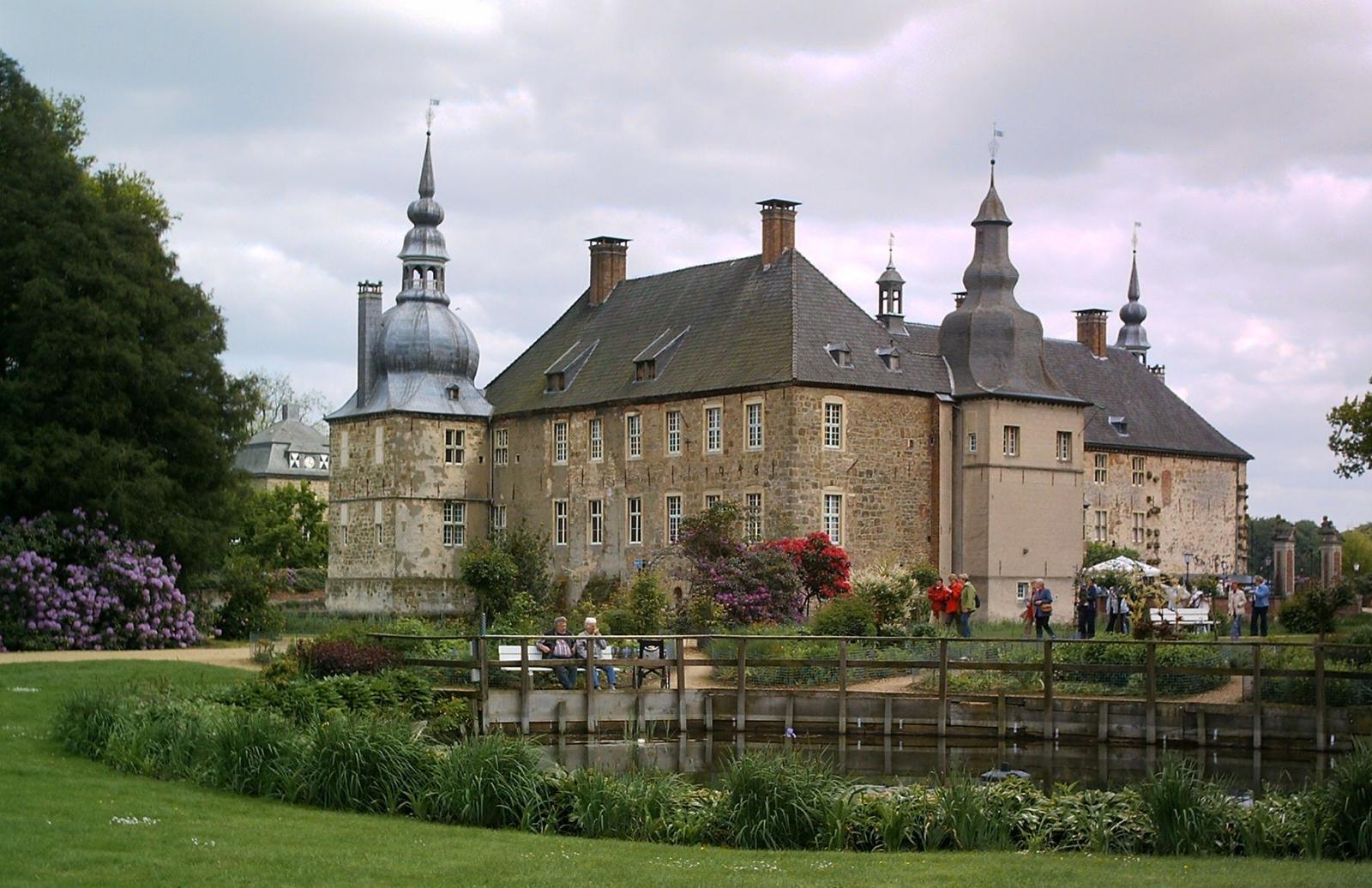 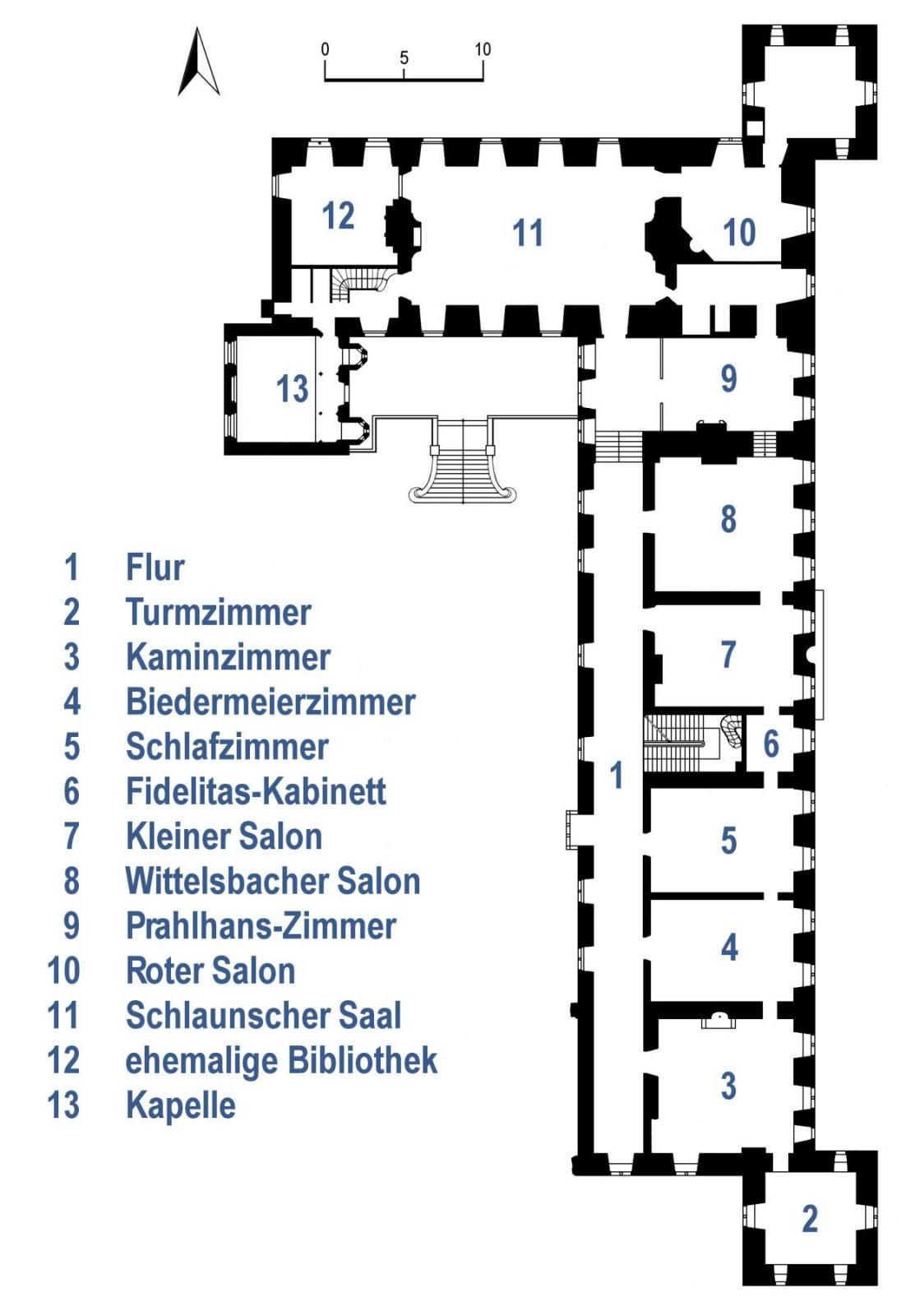 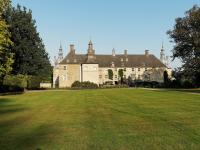 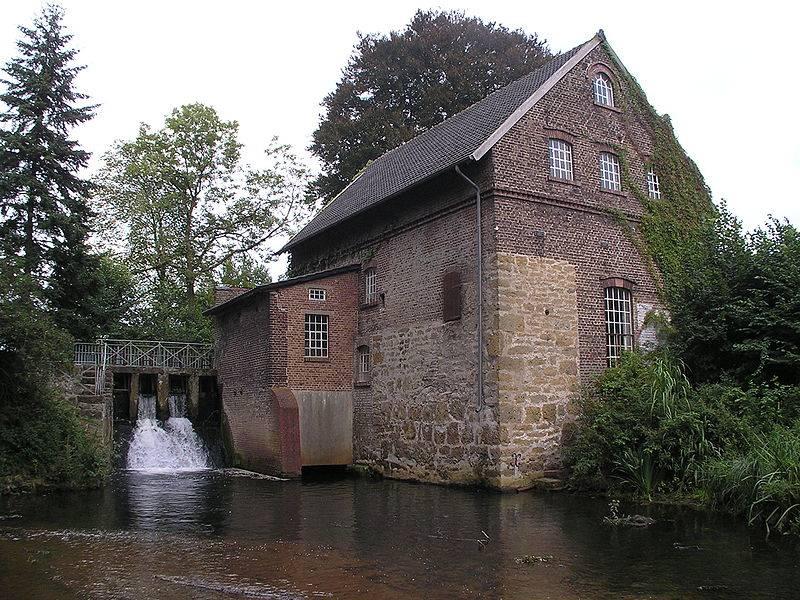 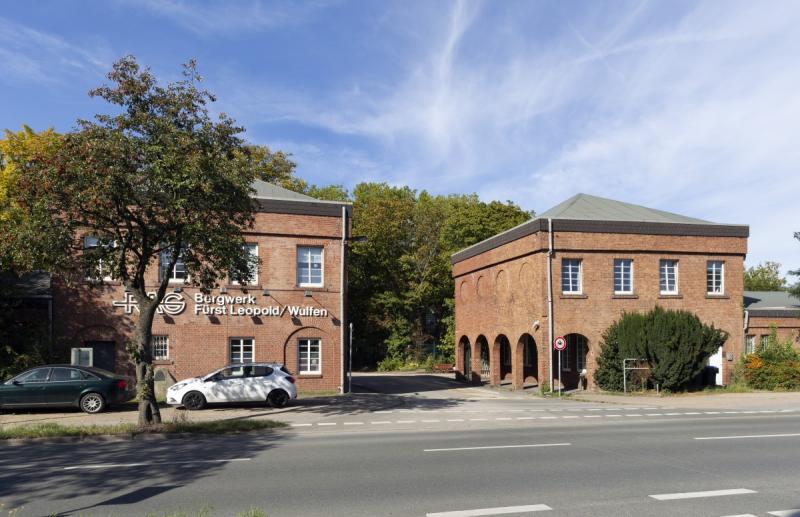 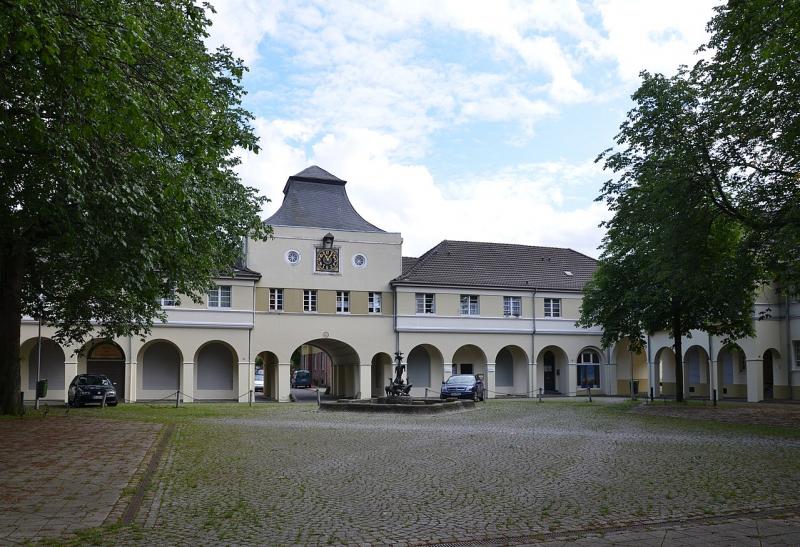 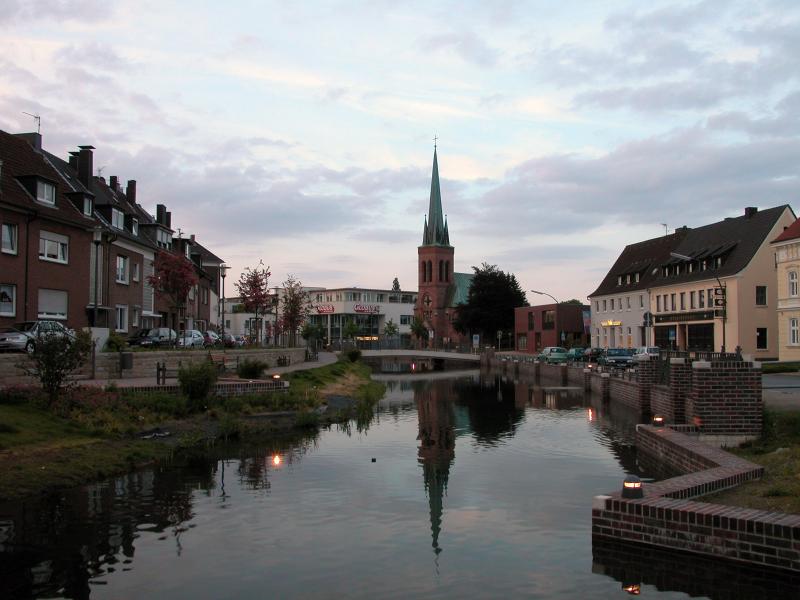 Schloss Lembeck is one of the most important and largest moated castles in Münsterland. First mentioned in 1177, the site was acquired by the Westerholt family in 1526, who from 1670 to 1692 built today’s castle by expanding and renovating the old castle. In 1708, the Count of Merveldt acquired the site.
Rather unusual for a Westphalian moated castle is the two-island design. The long fronts of the outer bailey and the keep are combined by corner pavilion towers. The outer bailey’s gate tower dominates the ensemble. It corresponds with the keep’s two-storey block-shaped portal. The entire site is oriented along a long central axis that creates a grand atmosphere with staggered bridge pylons. Situated on the western side of the road from Lembeck to Wulfen, the site draws upon an 18th century axis system. A two-part figurine architectural scenery at the garden’s exit continues this axis into the wood.
In the 19th century, Schloss Lembeck’s baroque garden was turned into a landscape garden and a kitchen garden was planted at ground level. Since then, it has hardly changed at all and is still owned by the von Merveldt family.