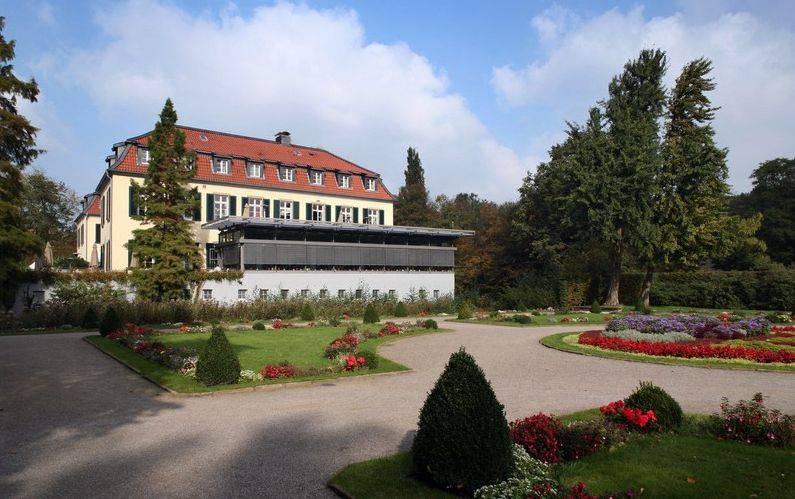 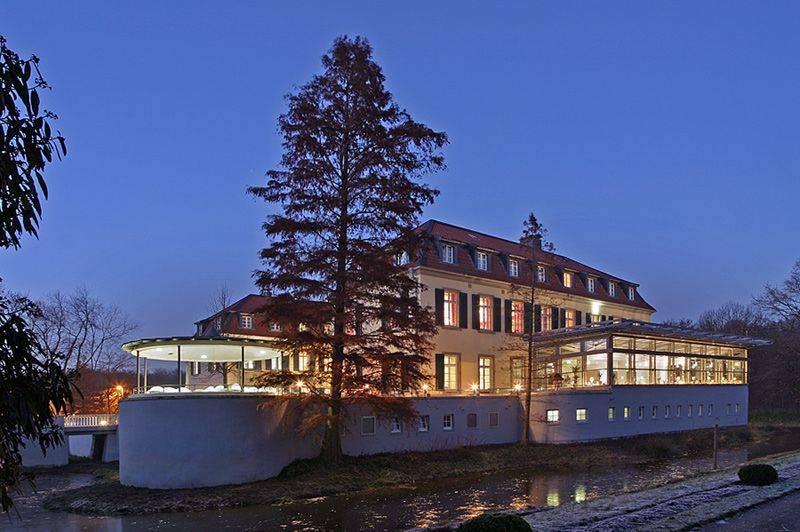 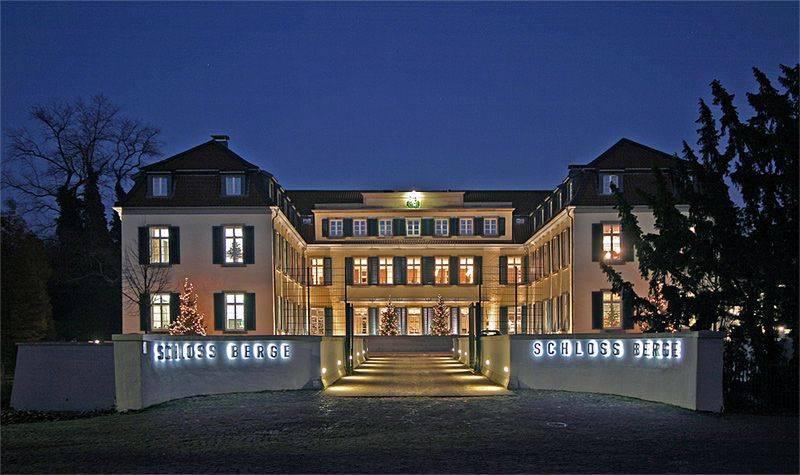 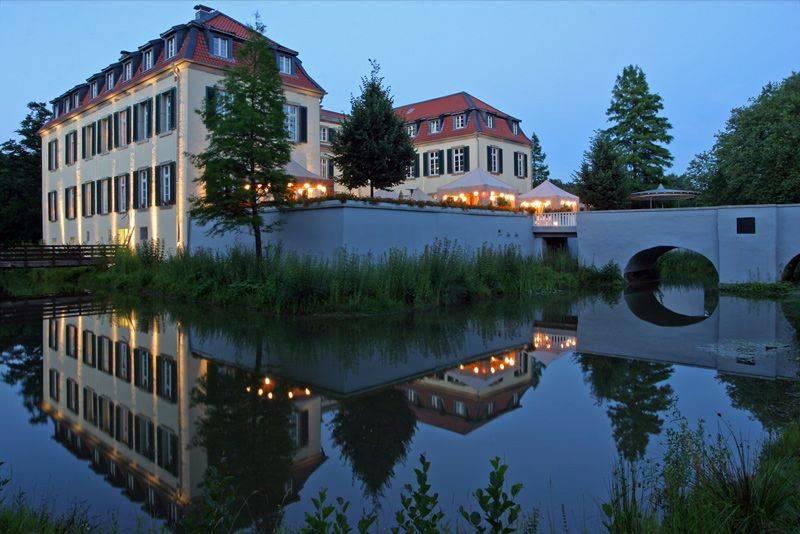 Castle with moats in the twilight 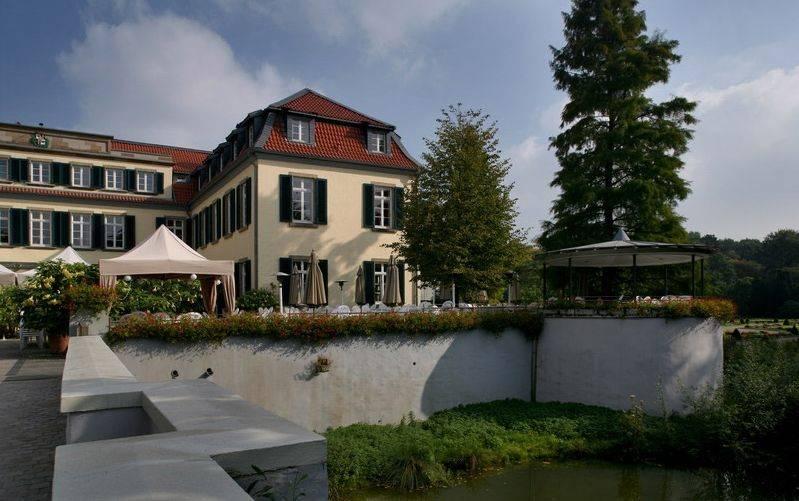 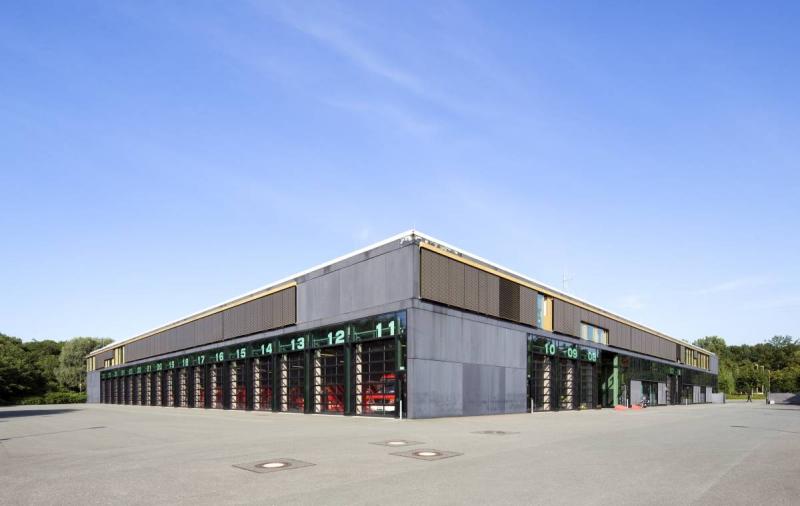 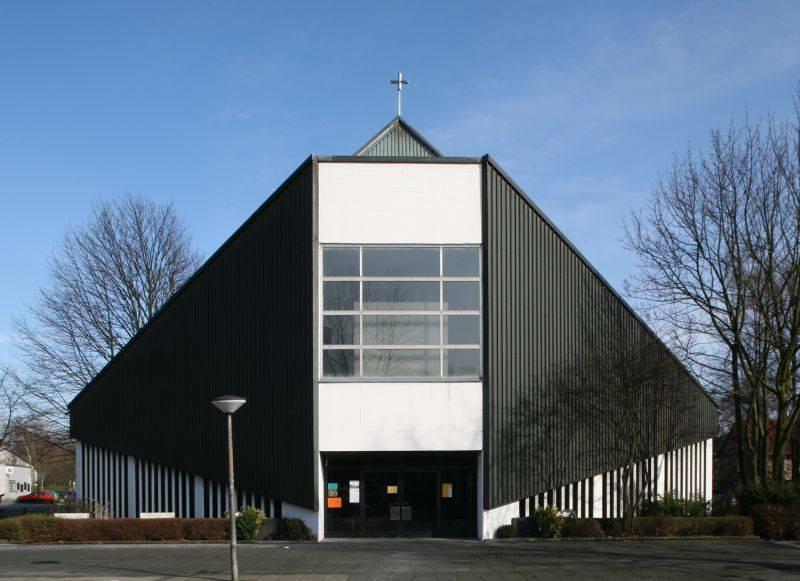 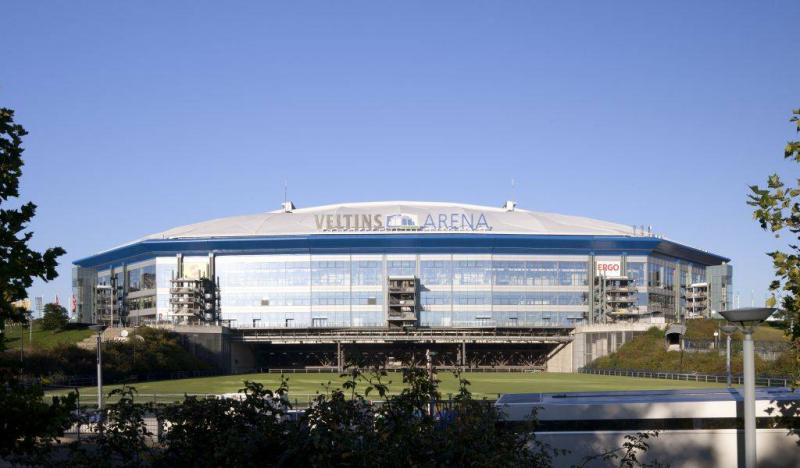 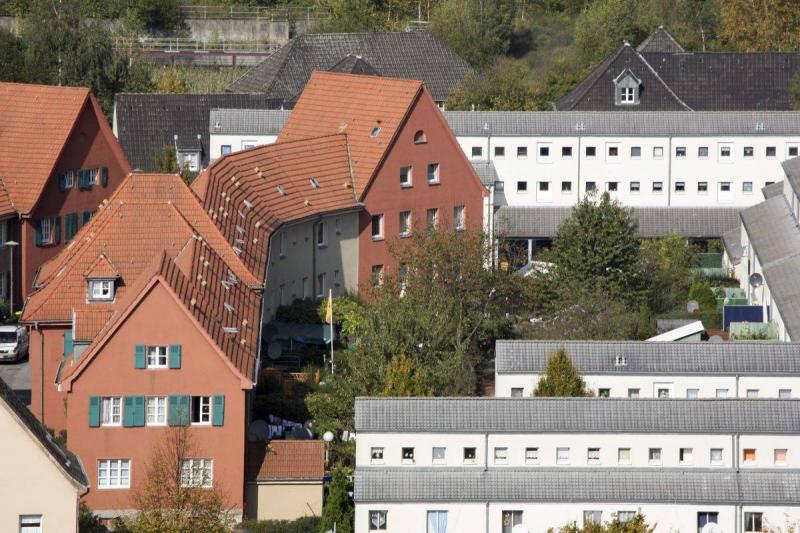 The history of the castle can be traced back to the 13th century when it was a moated house. About 1530, it was converted into a castle by Georg von Boenen. About 1788, the manor no longer met the family’s, having been made counts, standards and was partly demolished.
Architect Engelbert Kleinhanz erected a new classical building, and the south wing was added. The three wings of the two-storey castle enclose the cour d’honneur. As early as 1700, to the south of the castle a geometrical baroque garden in the French style had been created, which during the westward expansion of the castle in 1788 was completed by an English landscape garden.
In 1924, the city acquired the castle and its surroundings and established a recreational facility there. The park was expanded to a total area of 72 hectares and its original style restored.
On the south side of the castle, in 2004 a steel-glass winter garden was erected whose wide roof overhang serves as the restaurant’s awning.