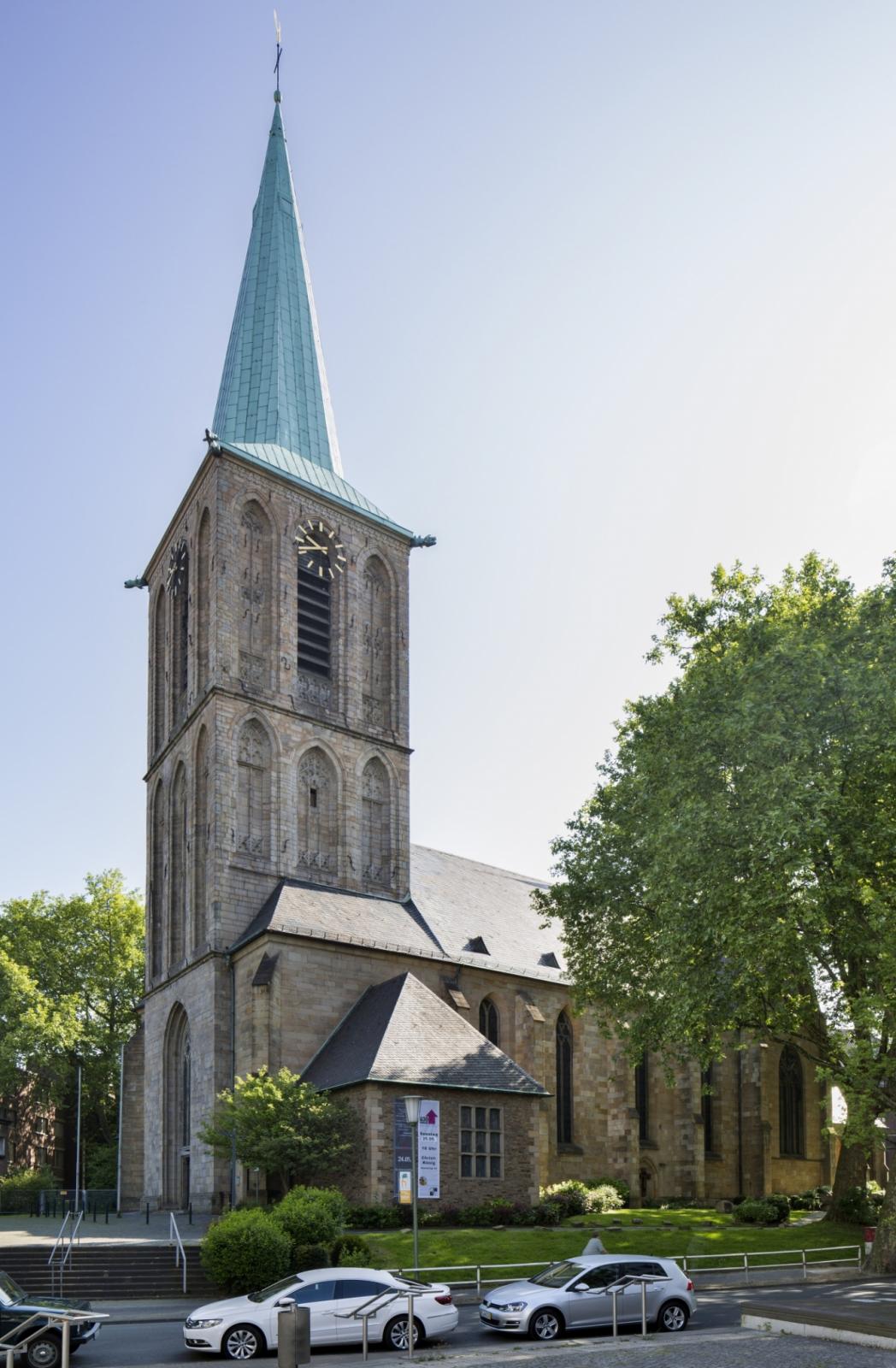 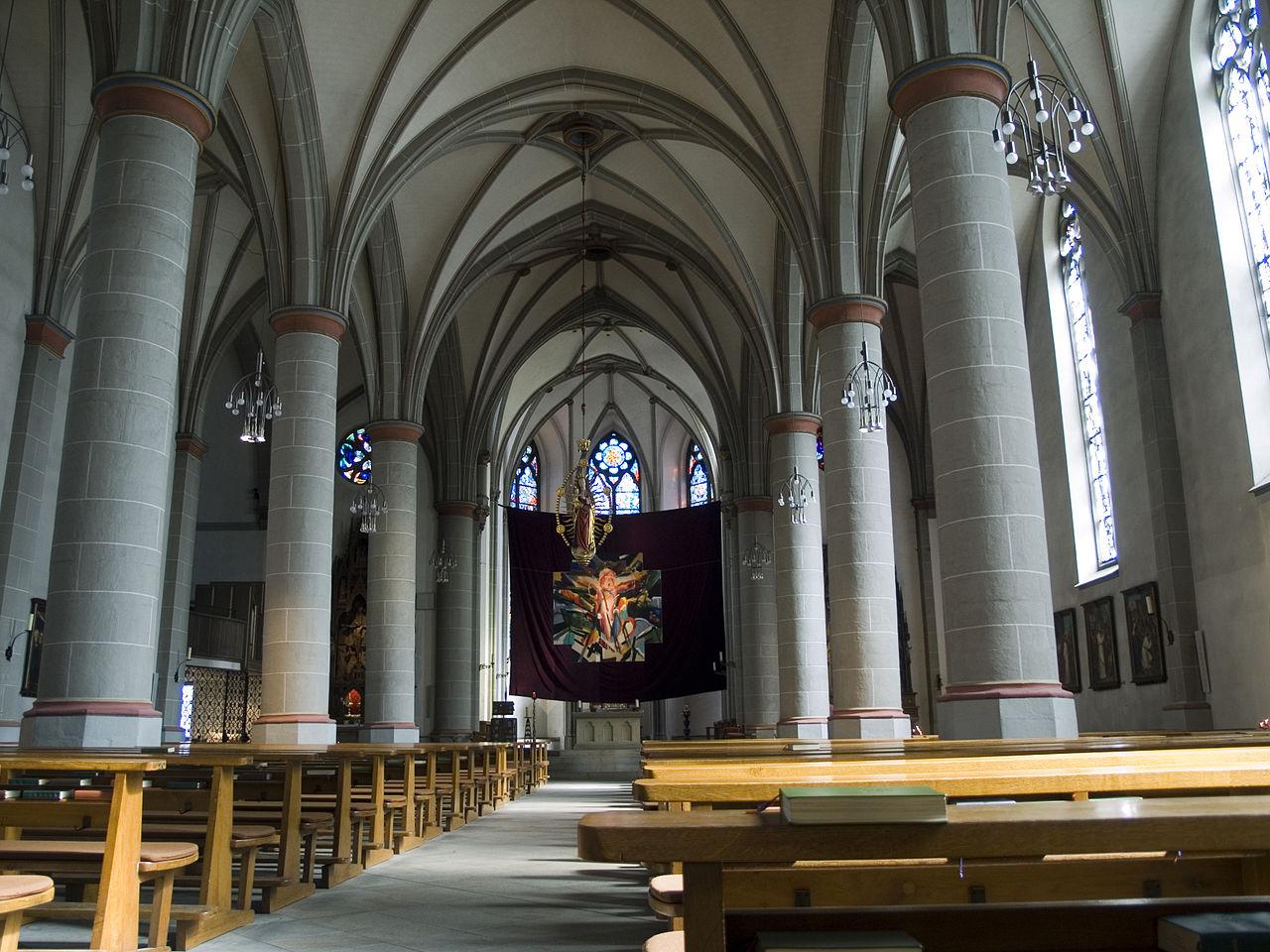 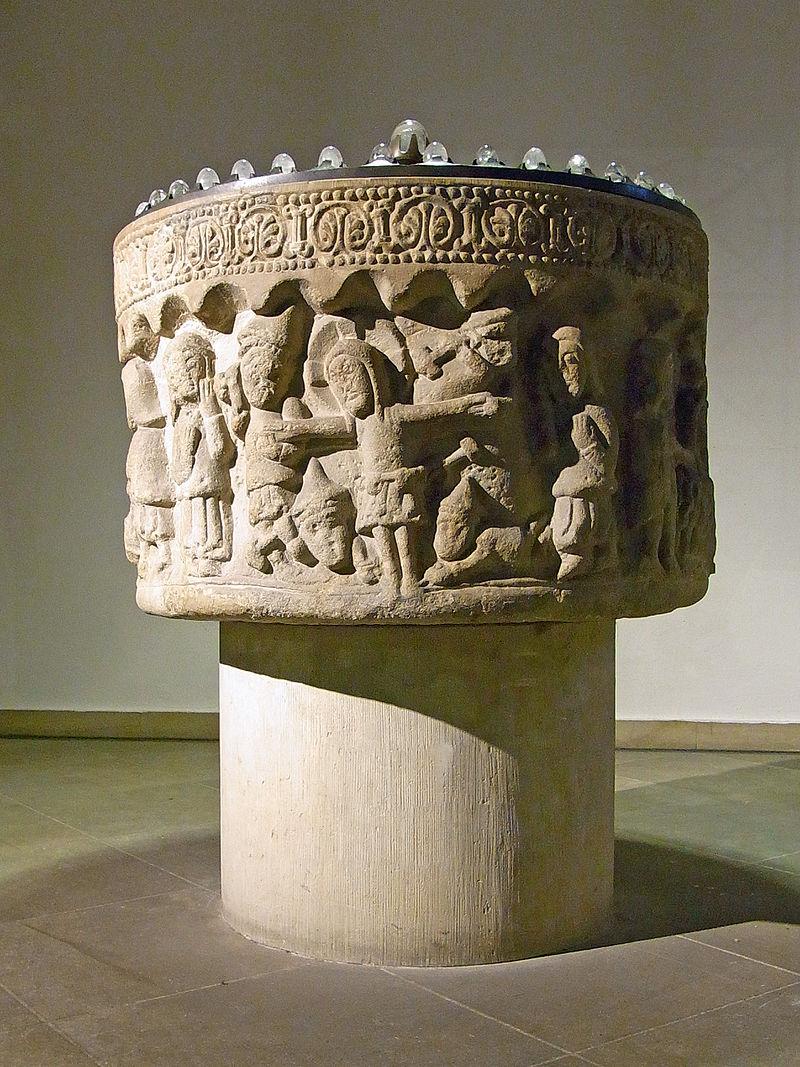 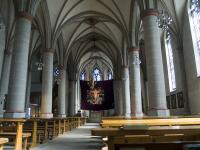 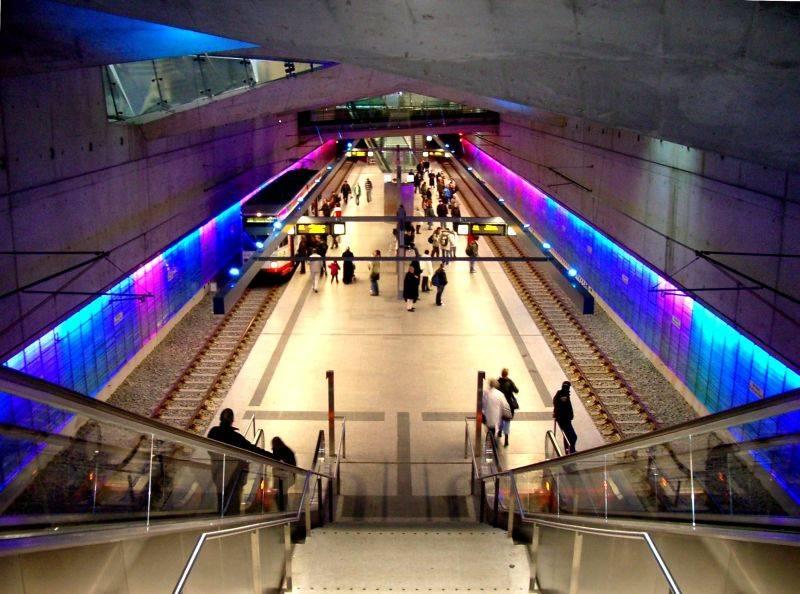 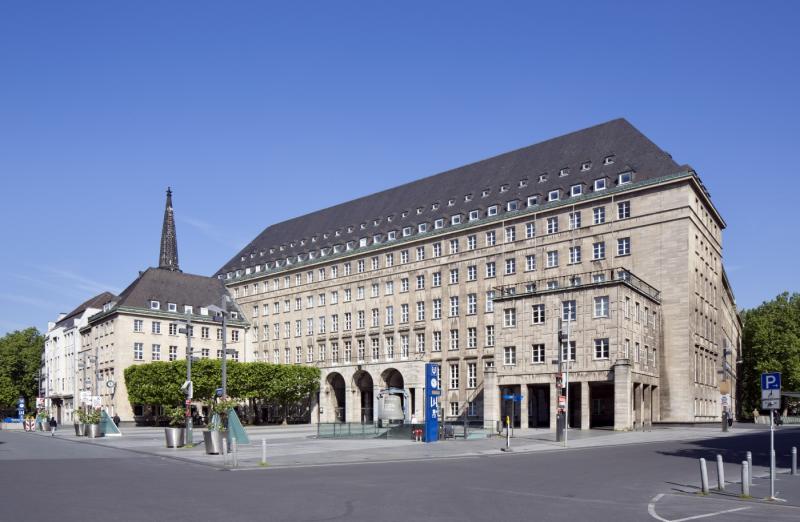 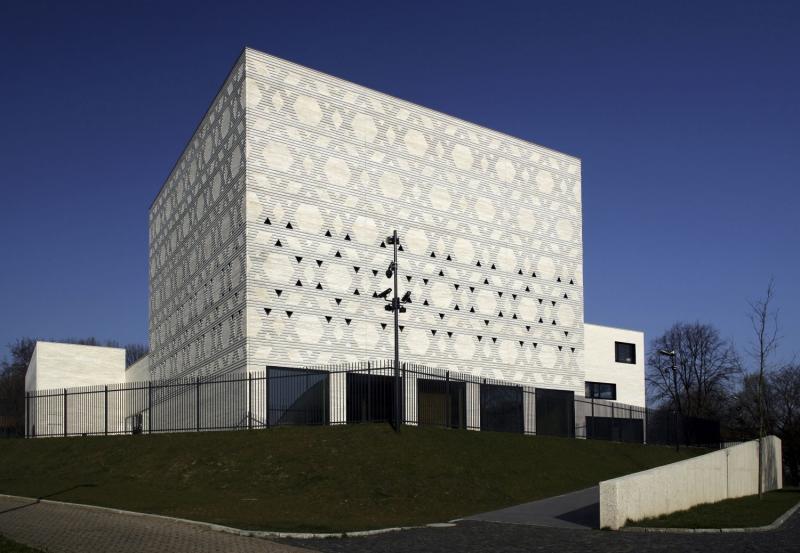 The timber missionary chapel of Charlemagne of 785-800 was replaced by a stone hall church in the 11th century. The chapel was probably dedicated to St Peter. After a fire in 1517, the church was rebuilt in 1547 as a late-Gothic hall church with a net vault by re-using the Romanesque chancel.
In 1866, the parish of 50,000 Catholics was the largest in Prussia and the church the oldest in Bochum. In 1872-1874, the Romanesque chancel was demolished and replaced by a neo-Gothic one..
After another reconstruction in 1921, resulting from another fire, the church was destroyed in WWII, and the reconstruction with two new chapels could only be finished in 1959.
The 68m church tower from 1547 has become a Bochum landmark. It has six cast steel bells.
The works of art inside are noteworthy. A Romanesque baptistery from 1175, three neo-Gothic carved altars and a feretory of Saints Perpetua and Felicitas from 1100 are extant.