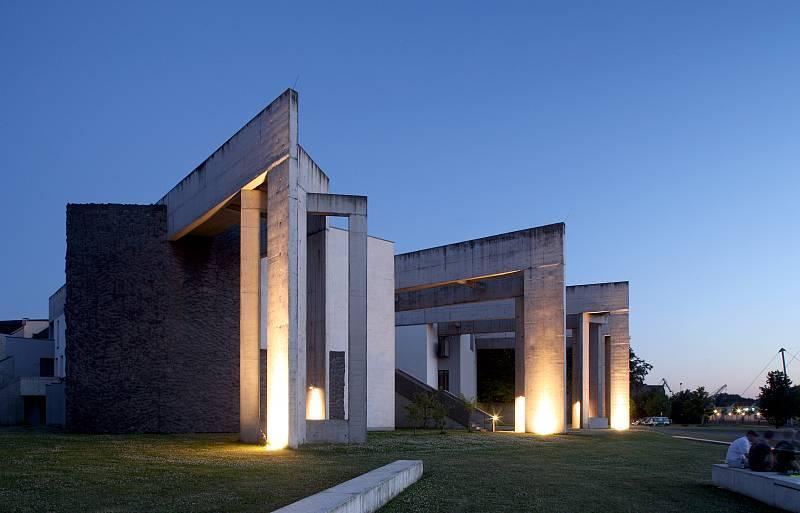 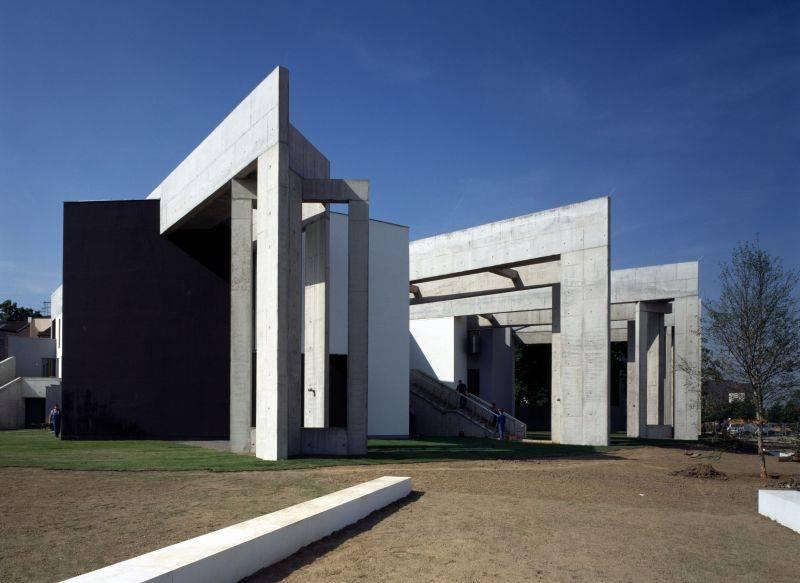 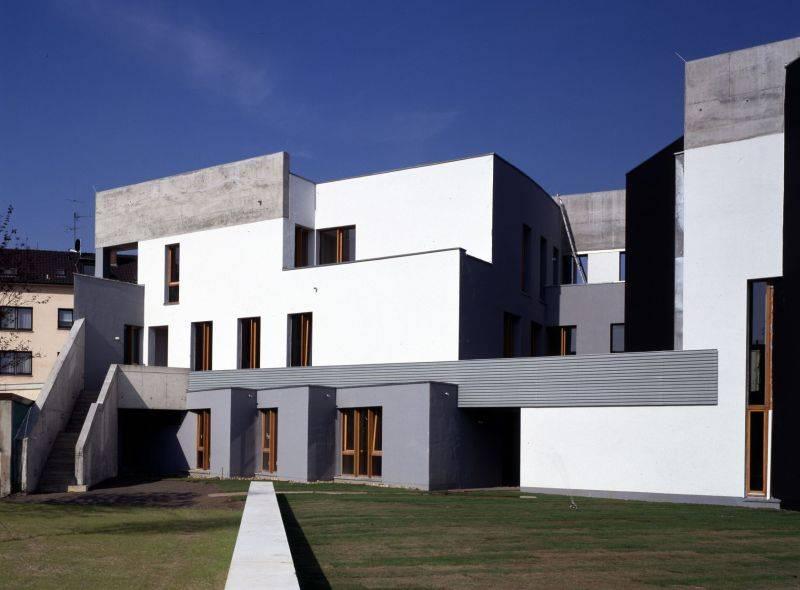 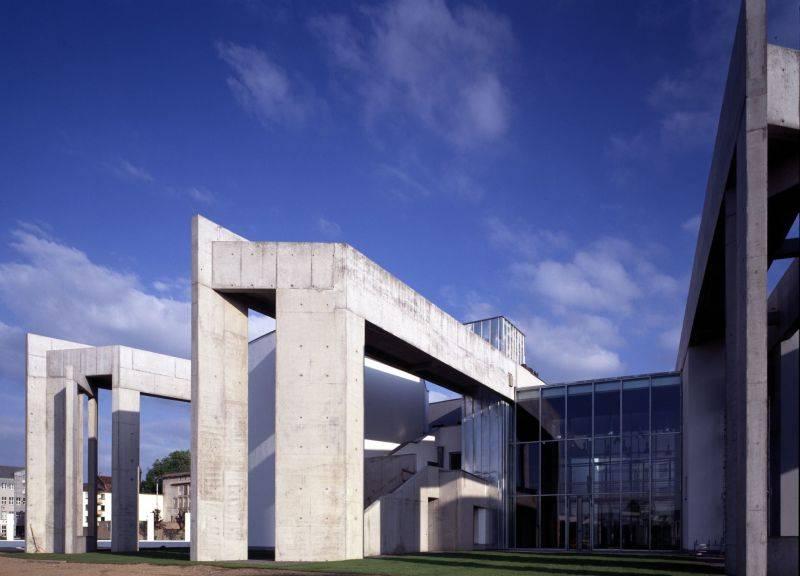 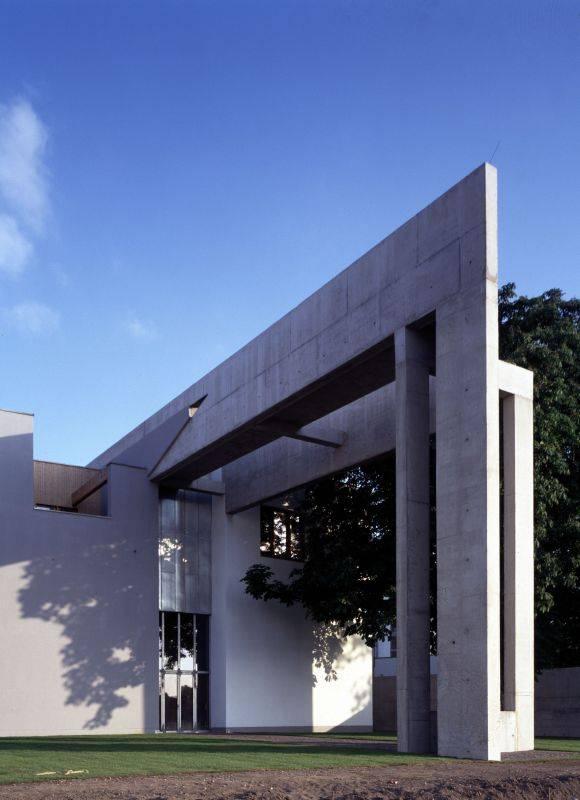 One of the concrete arms 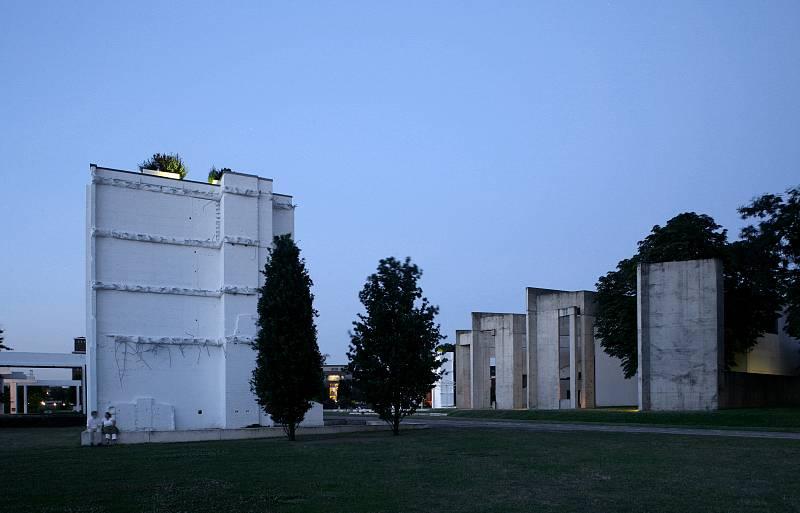 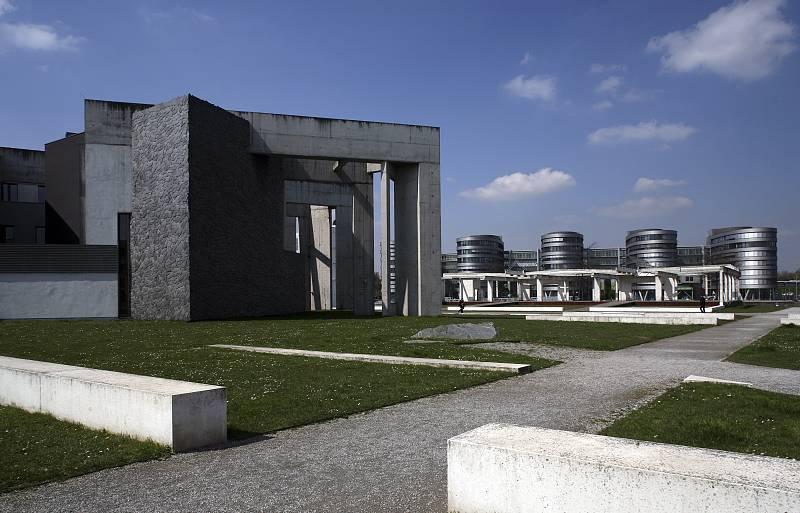 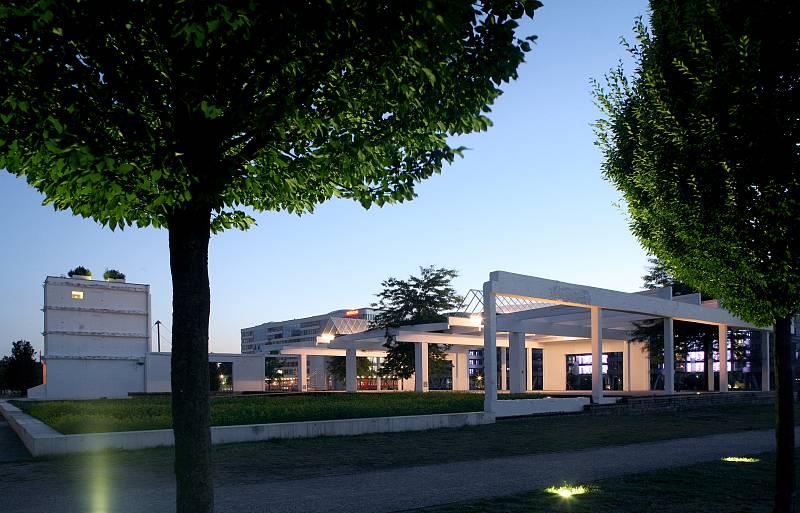 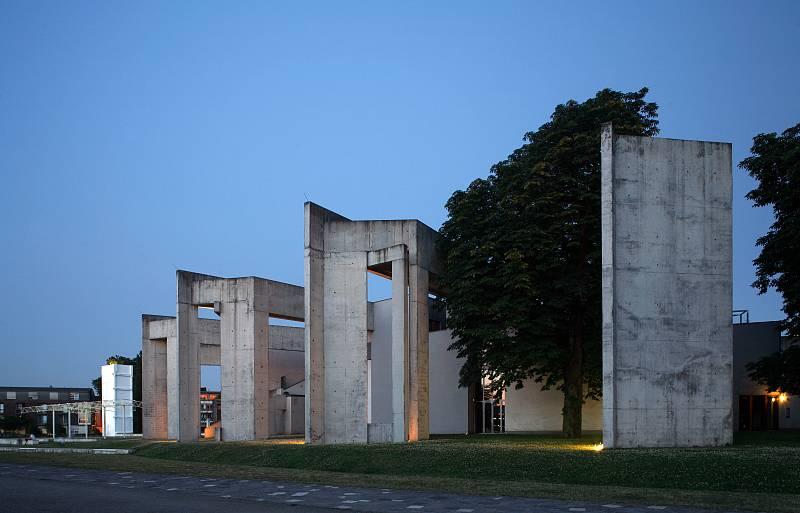 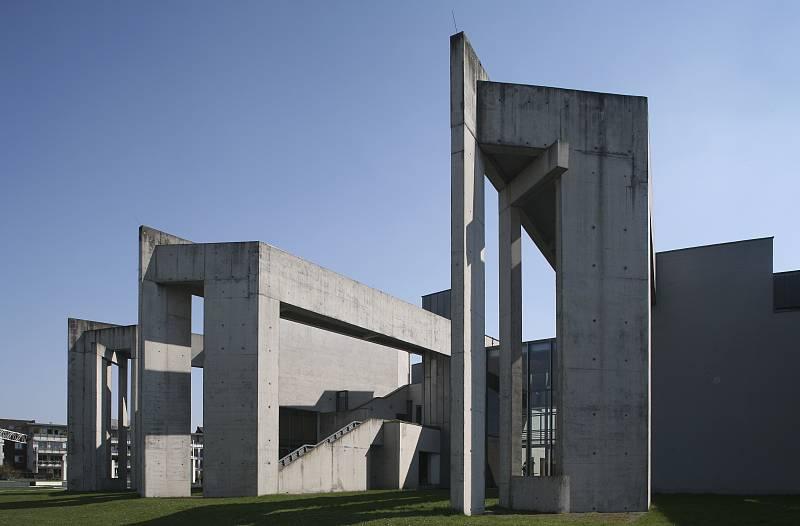 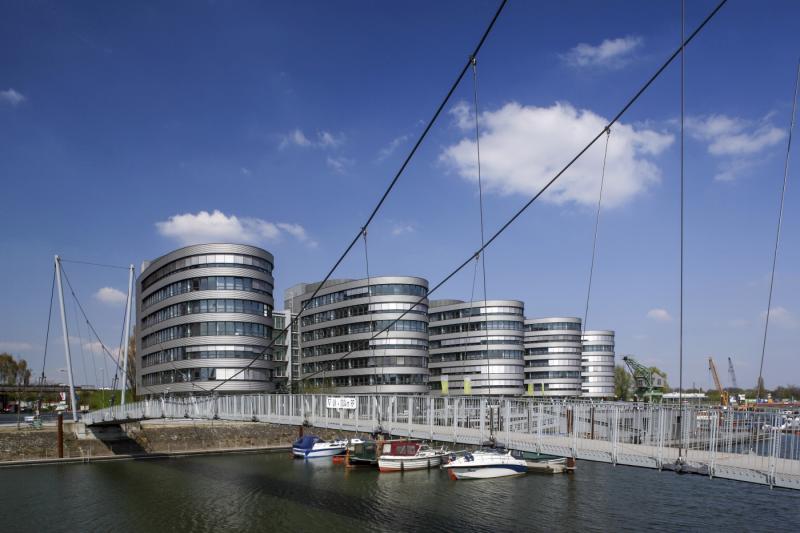 The Jewish community centre was opened in 1999 on a property of Duisburg Innenhafen, revitalised in the 1990s.
The building by architect Zvi Hecker develops from the row of houses on Springwall at the adjacent Altstadtpark in the form of a structural sculpture reminiscent of a hand or an open book.
The structure’s five axes refer to places of Jewish history in Duisburg, especially to the site of the old synagogue built in 1875 and burnt down in 1938.
The concrete arms stretching into Altstadtpark, which, incidentally, was created by the Dani Karavan, refer to the gigantic silos in the former industrial port. Its plastic design means that the community centre has no main façade as such. It surprises, however, through its various openings and its transparency.
The glazed foyer, access point to all elements of the community centre via stairs and hallways, in turn is accessed via an inner courtyard. The synagogue has a marvellous sound (all synagogues do without a PA) and in some areas is reveted with sandstone from Jerusalem.