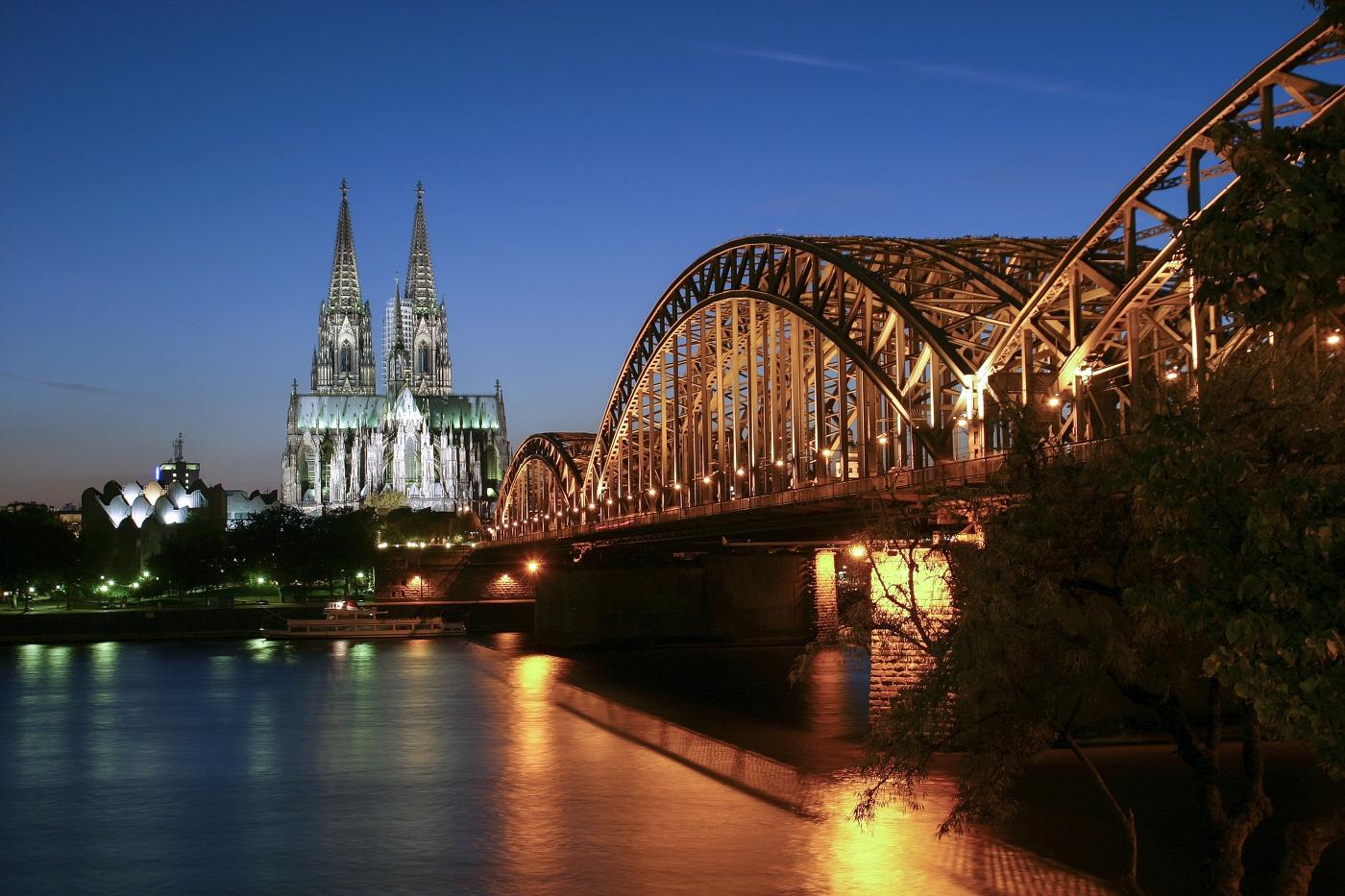 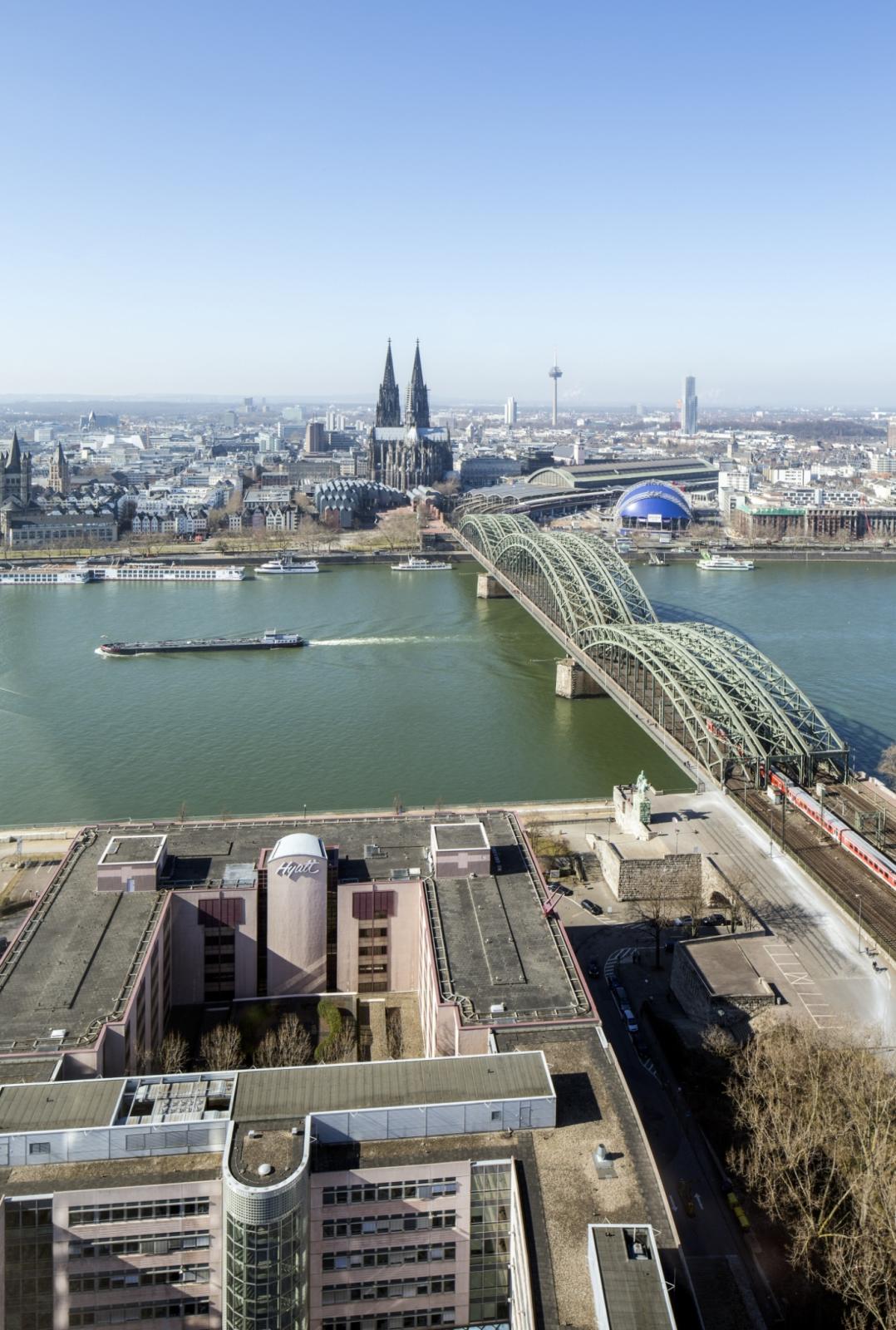 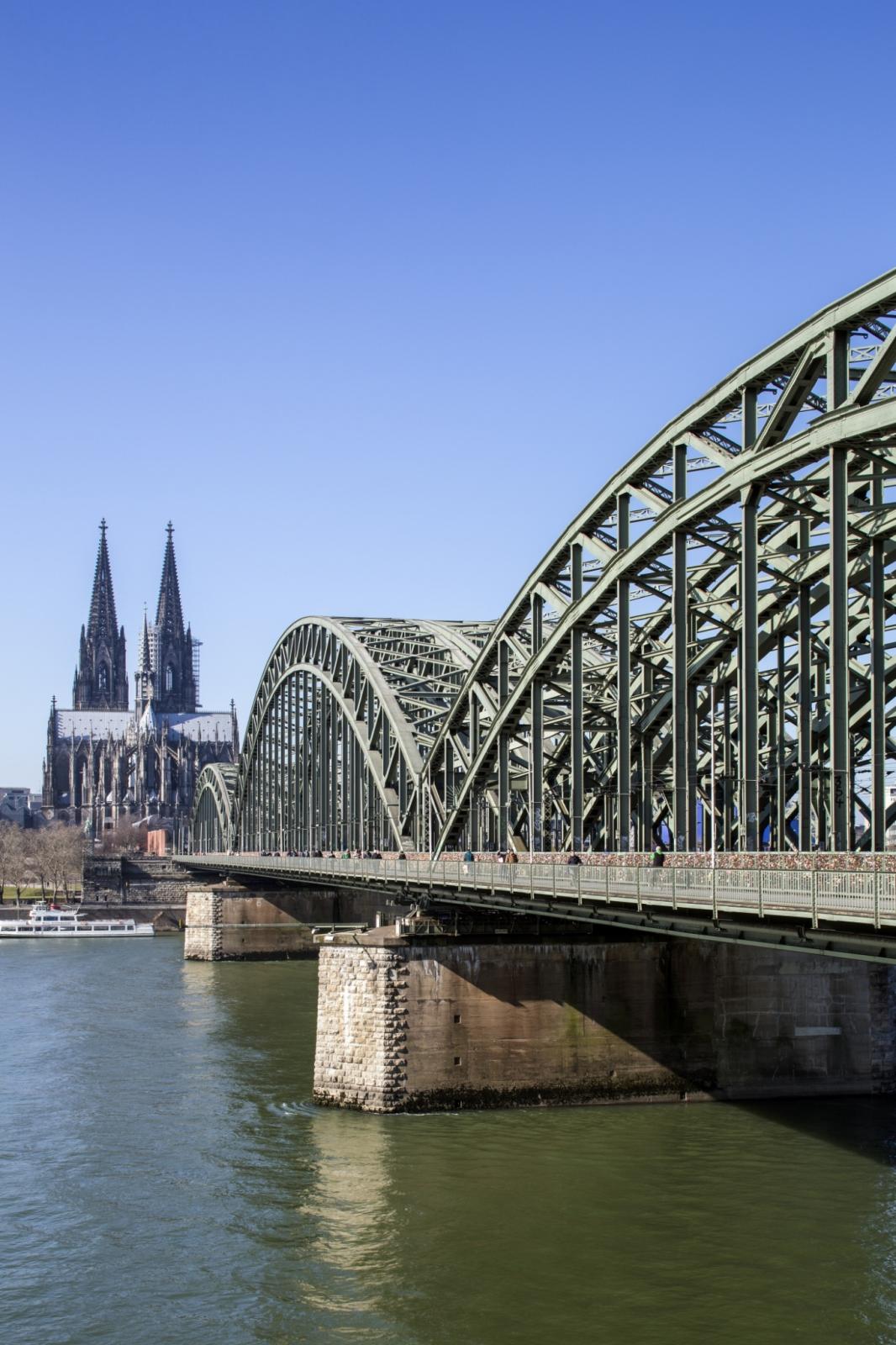 view on the bridge and the Cologne Cathedral 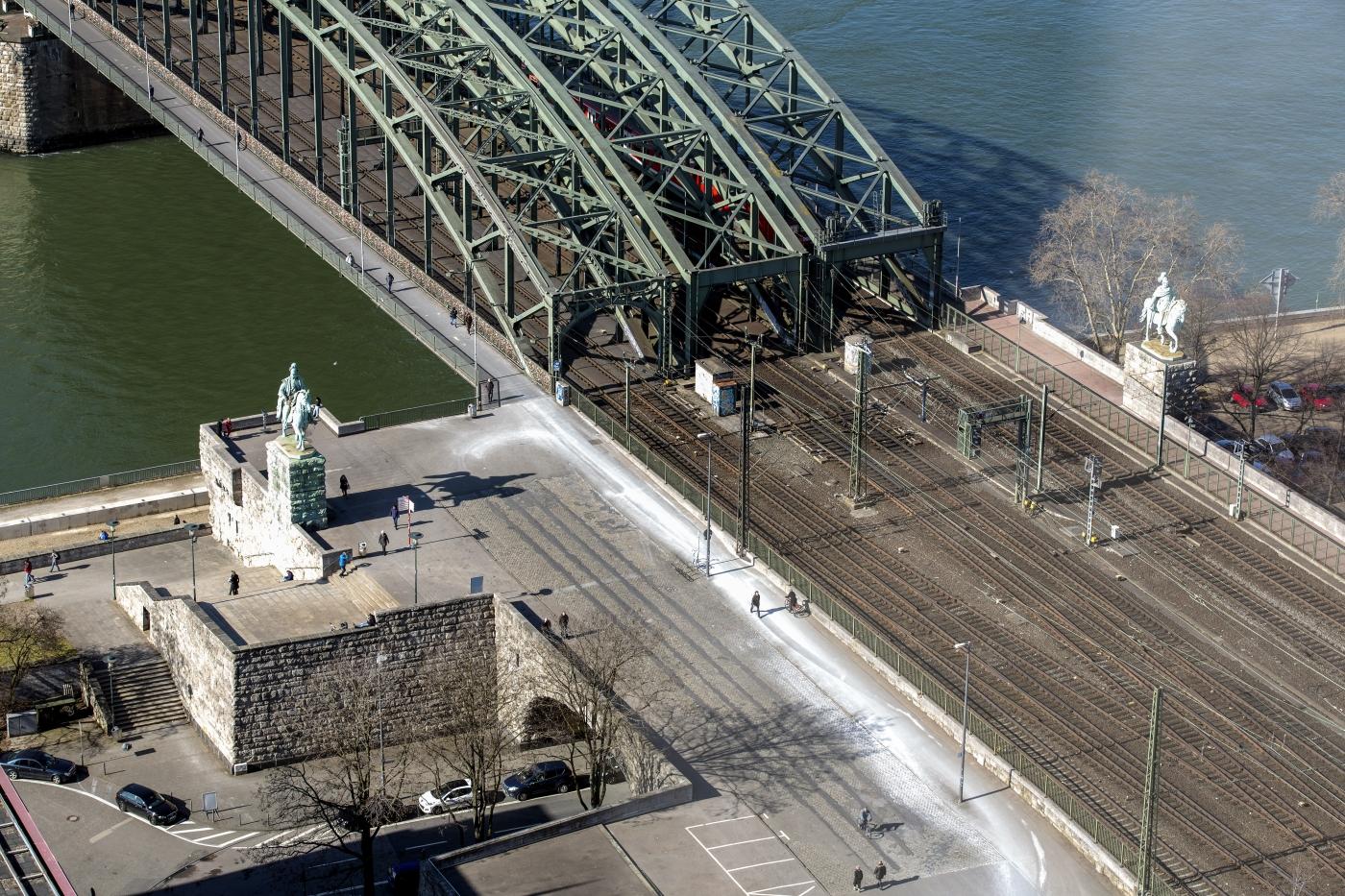 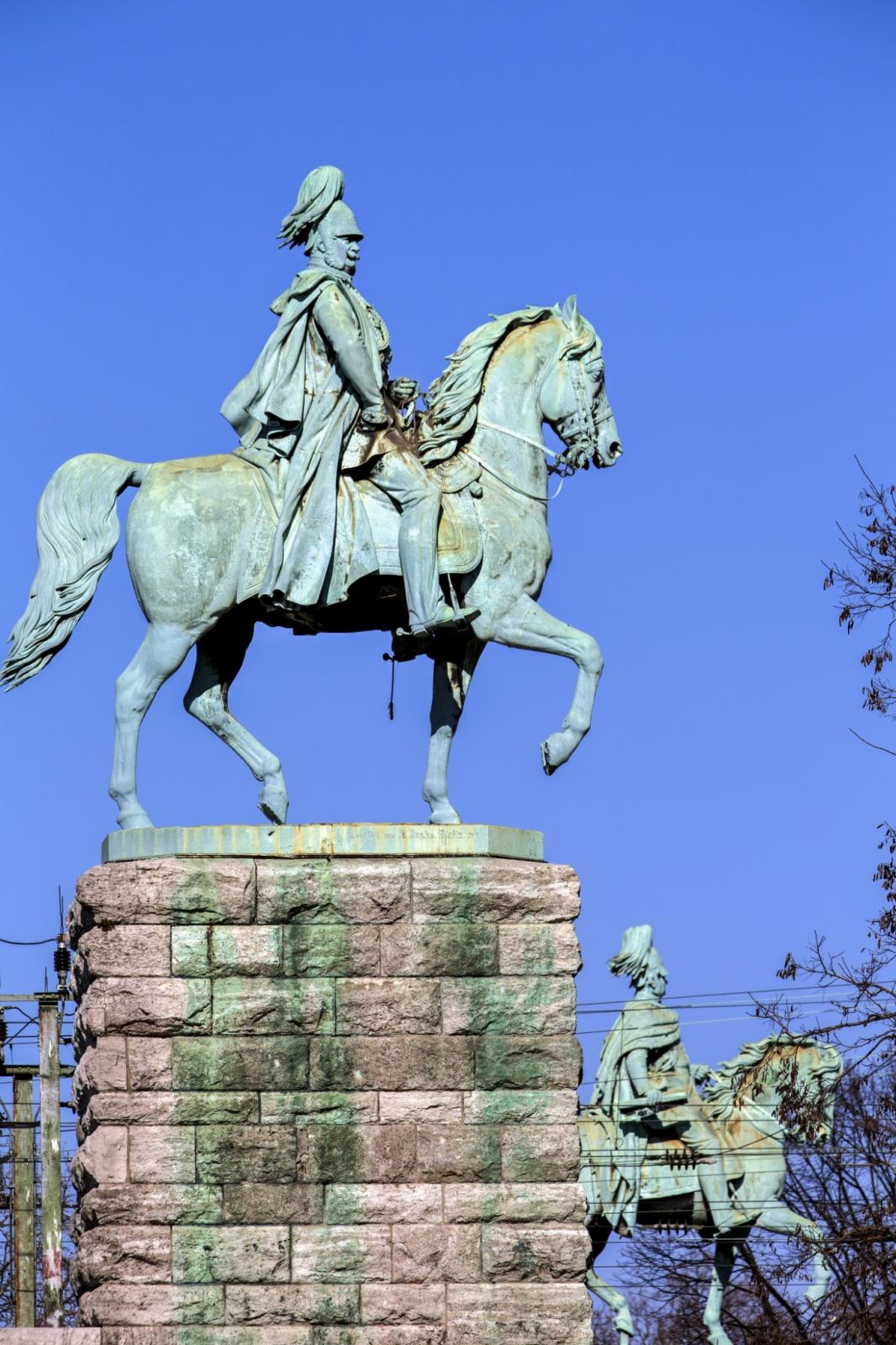 equestrian statues in front of the bridge 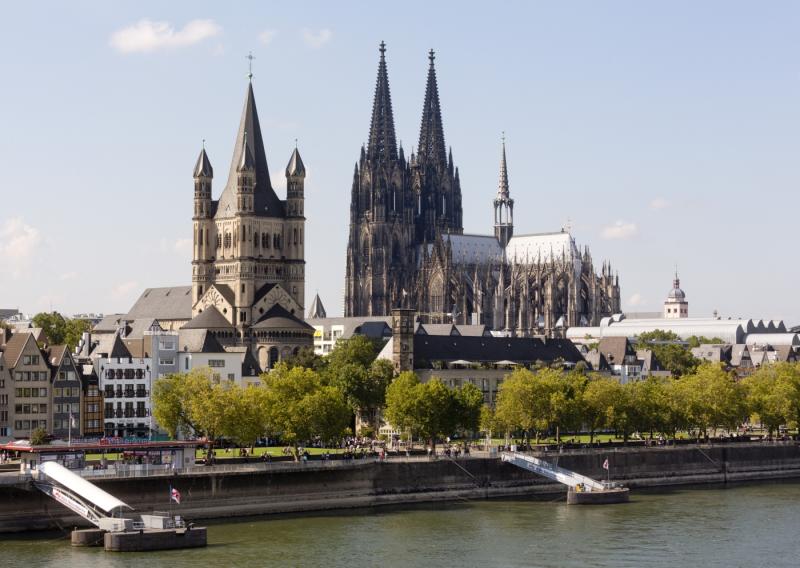 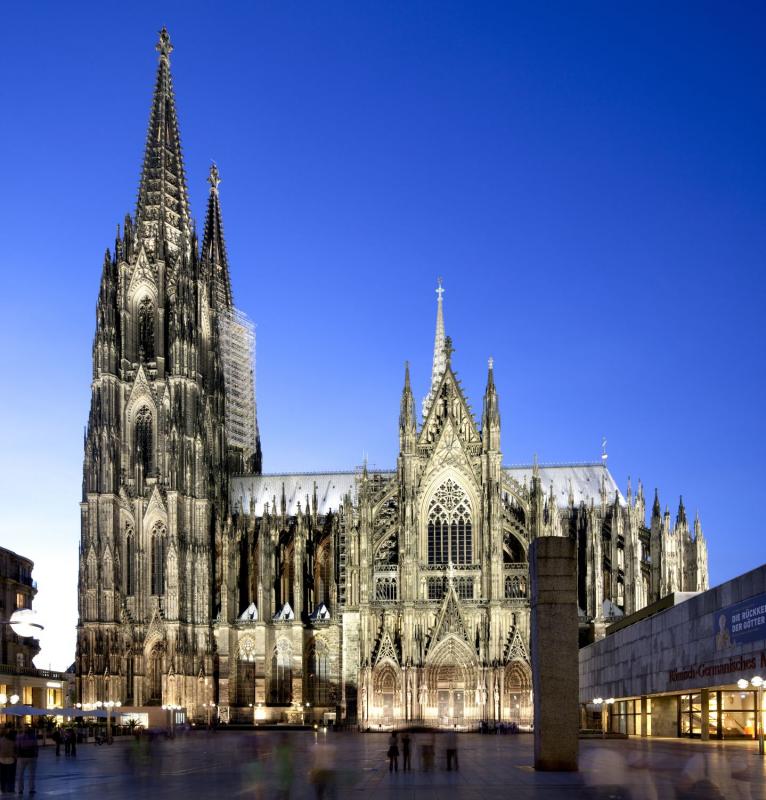 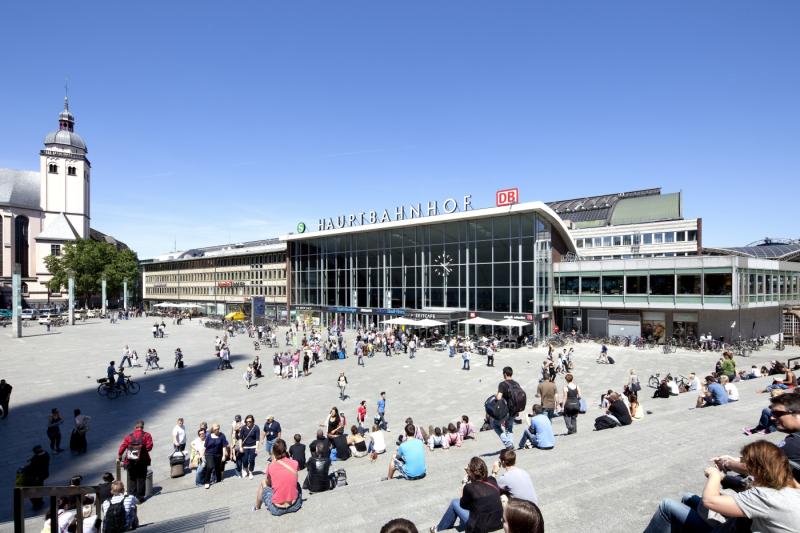 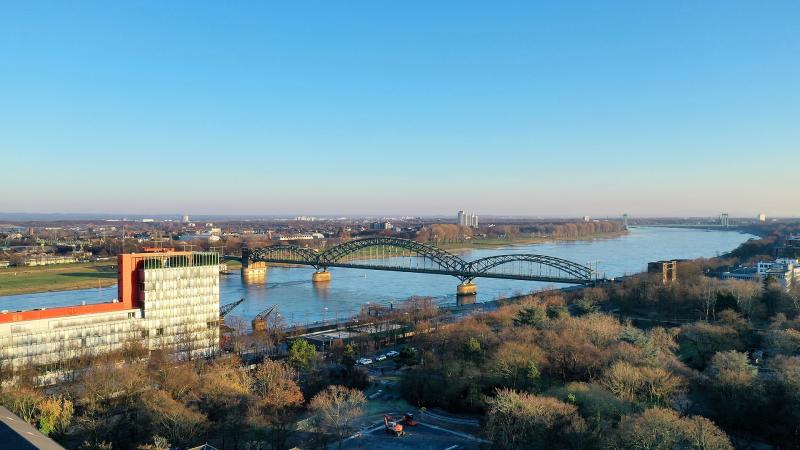 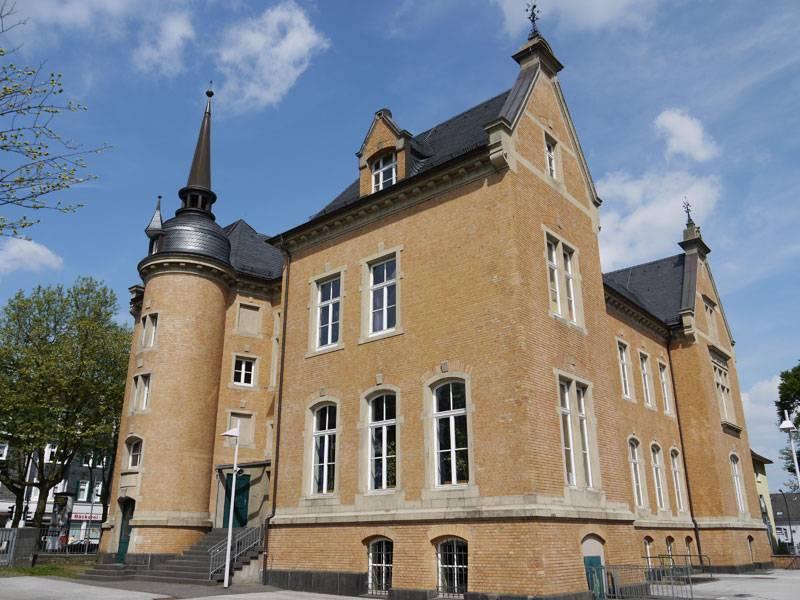 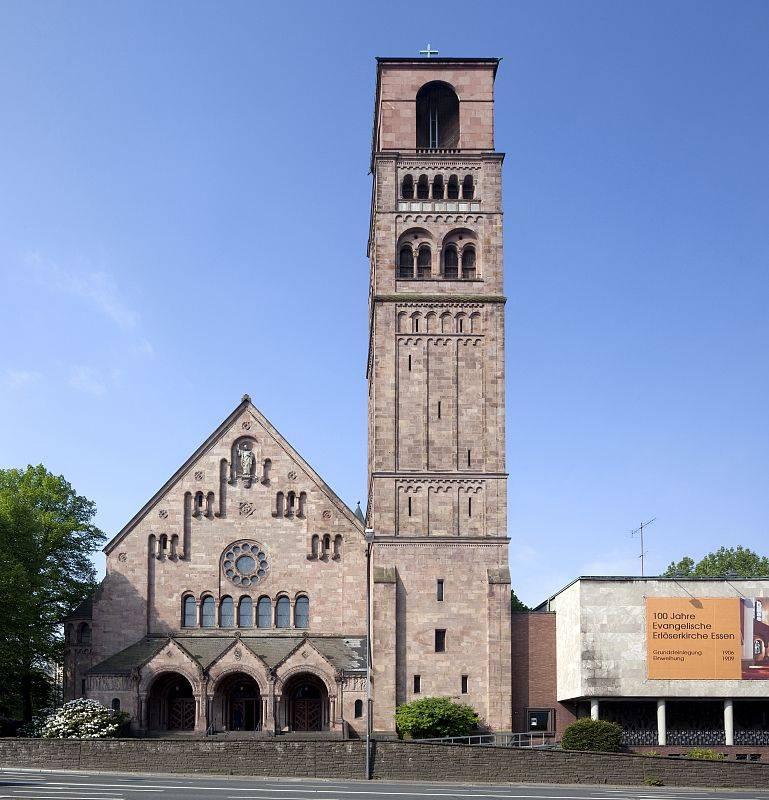 Hohenzollernbrücke is a railway and pedestrian bridge across the River Rhine. It is an iron truss design with an overall length of 409m. Its structure consists of three iron truss arches with a field width of 118, 167 and 122m respectively.
With the construction of the Cologne main station, in 1859 the two-track Dombrücke had been built, but since traffic had grown too strong between 1907 and 1911 this was replaced by Hohenzollernbrücke, originally consisting of three parts with four tracks and one road next to each other. Only slightly damaged in the war, it was reconstructed, initially for two tracks only. In 1959, it was extended to four tracks. Between 1986 and 1989 its was extended again to also accommodate S-Bahn traffic (light urban railway). The original form was copied, so that the bridge could remain listed. This last extension meant that the bridge re-assumed its original form and size.
In 1988, the older parts were renovated, with 27,000 being removed and repainted.