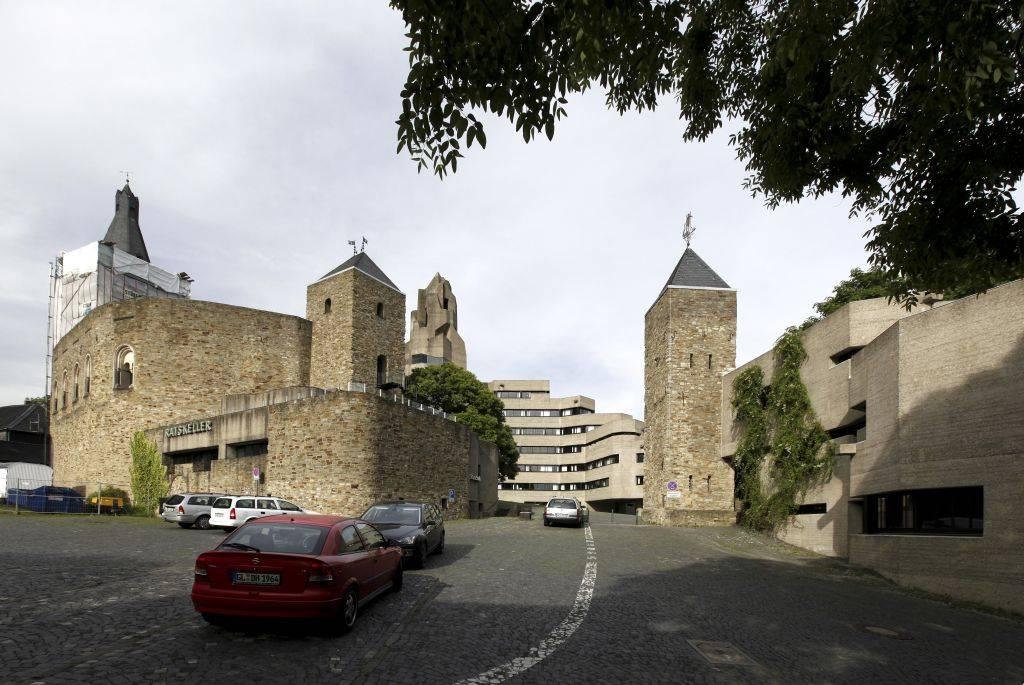 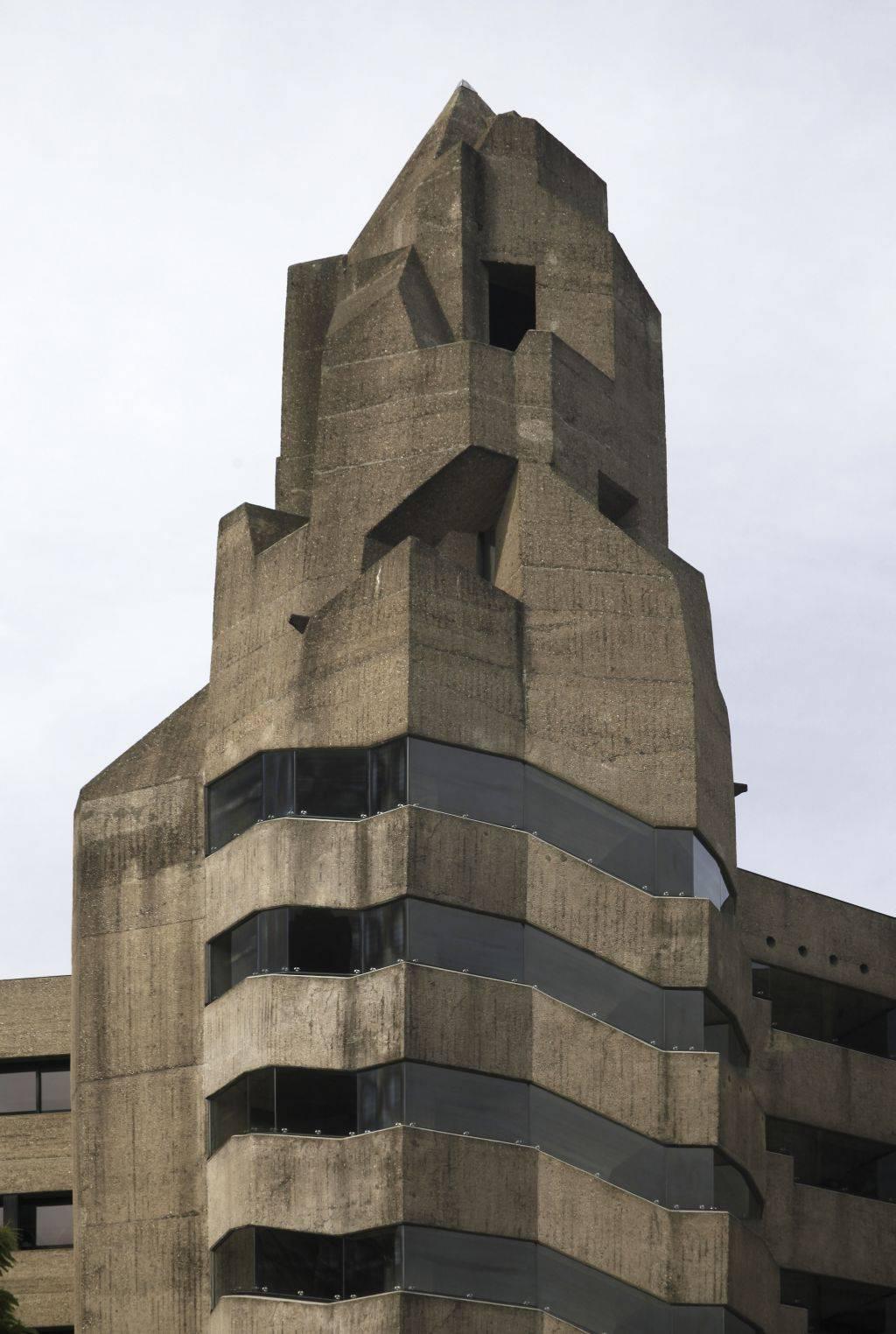 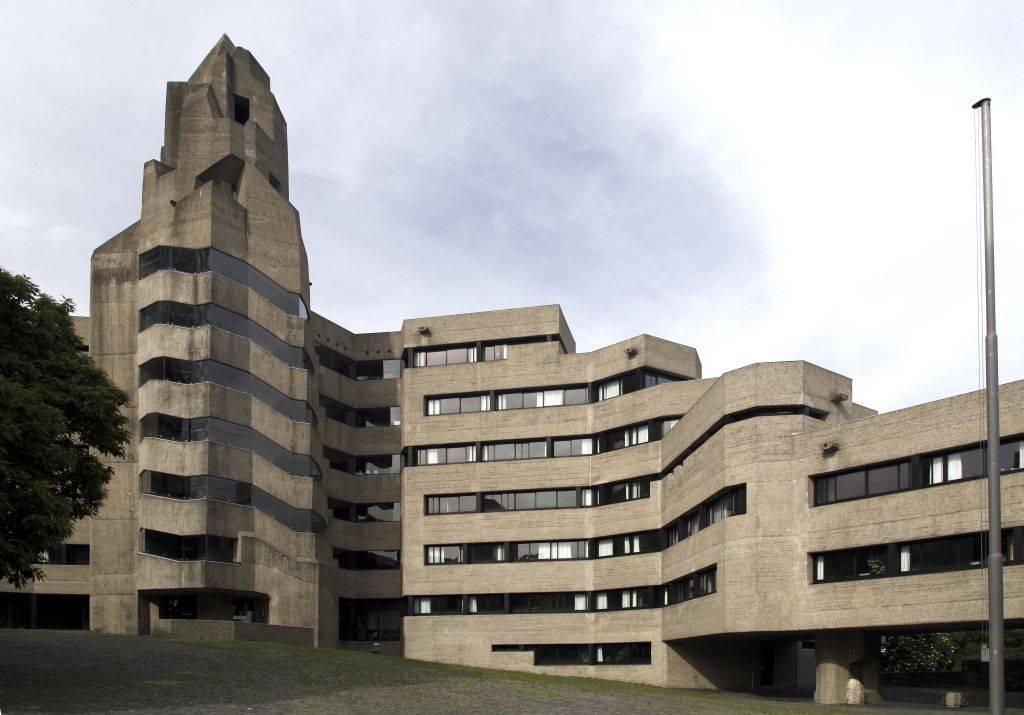 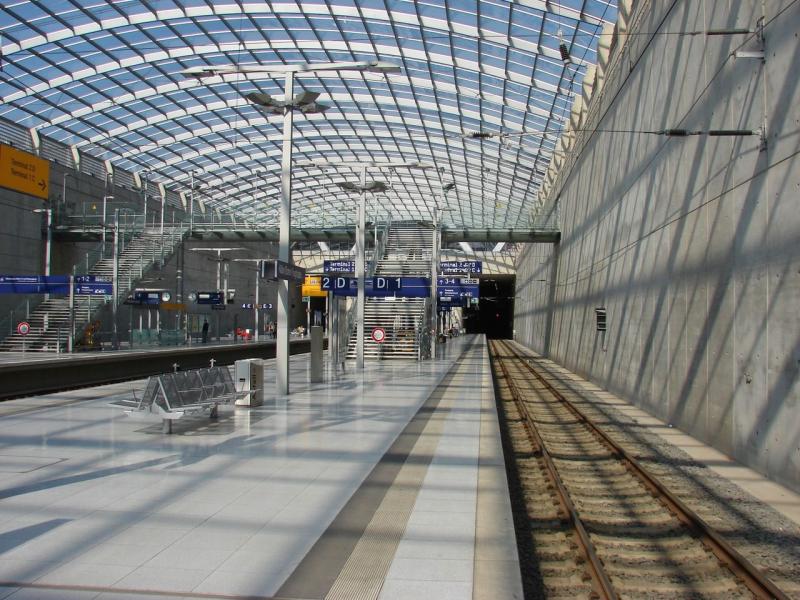 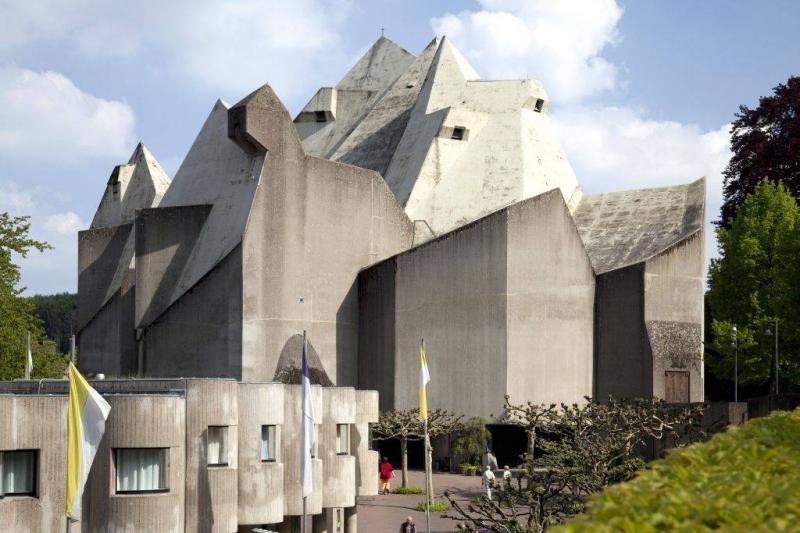 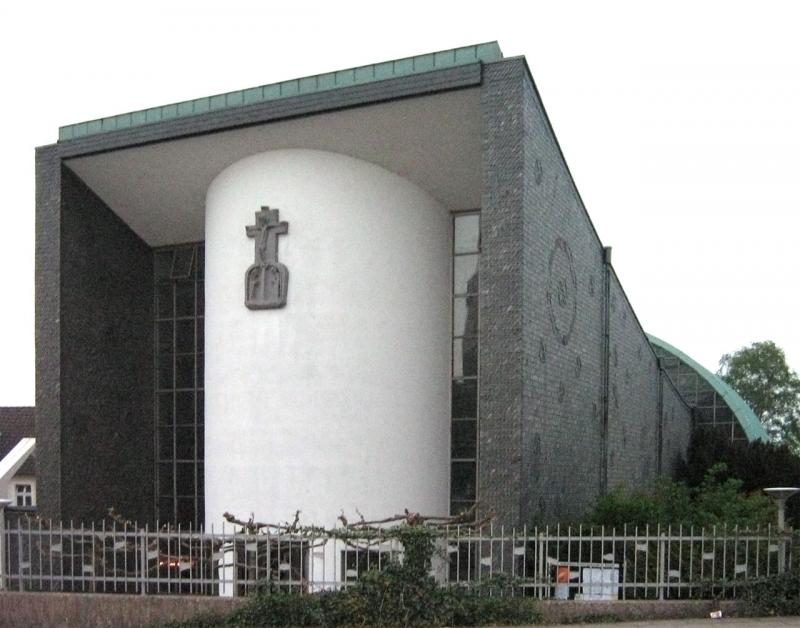 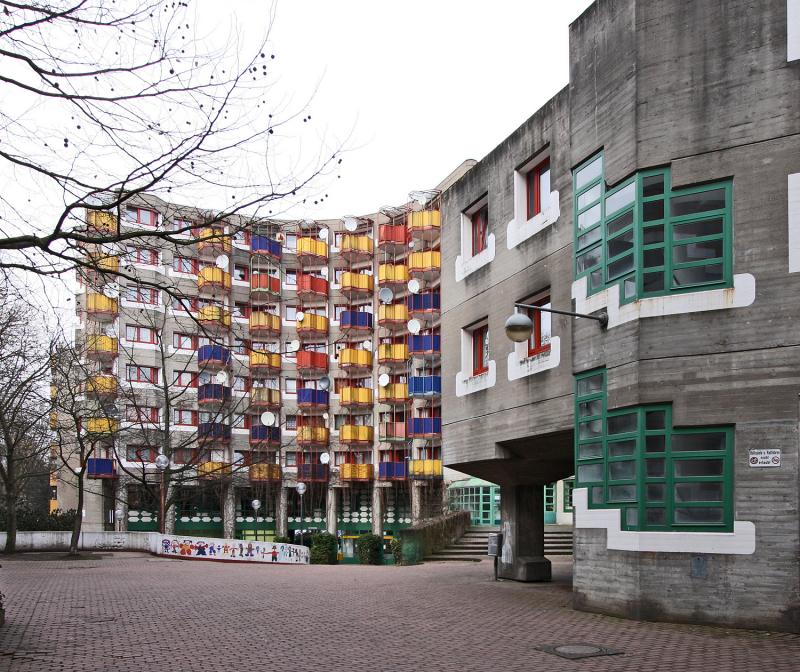 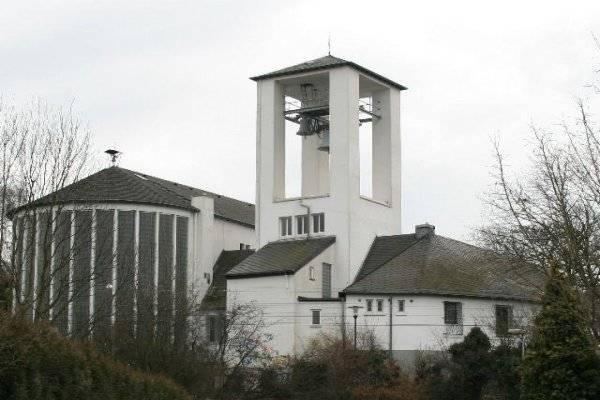 The new town hall from the 1960s was built on the site of the ruin of the old medieval castle. The successful inclusion of the remains of the wall and towers and the creation of a new ensemble combining old and new is remarkable.
The new town hall is made of exposed concrete and dominated by the sculpturally shaped stair tower in the courtyard of the town hall, which thus complements the old towers’ play with its own modern tower interpretation.
The new building opens toward the inner ward, with its fully glazed ground floor and thus makes for glimpses of the assembly hall.
The new building’s facade is broken down by continuous horizontal windows above 1.70m high parapets and underlines the building’s castle-like character.