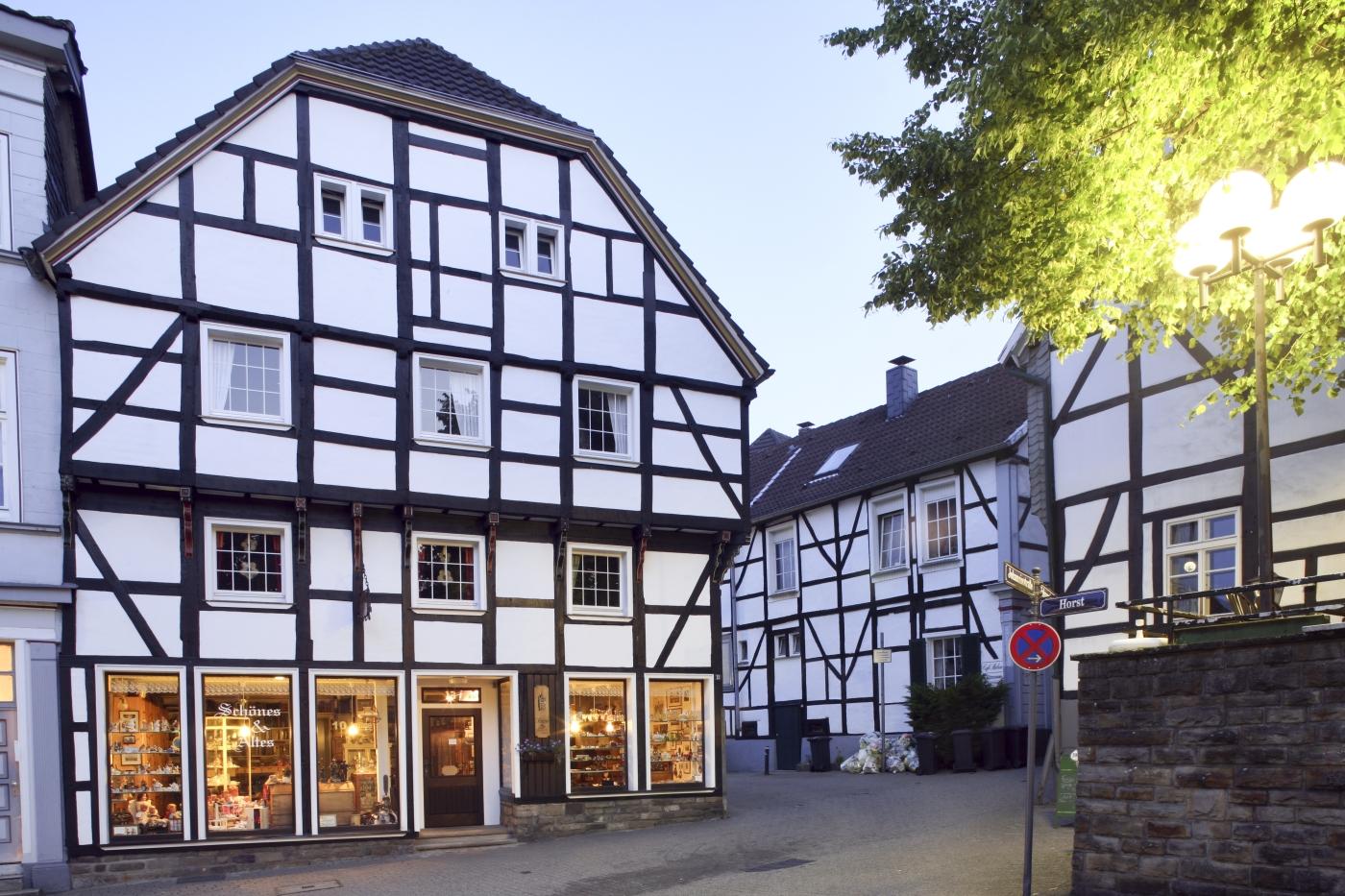 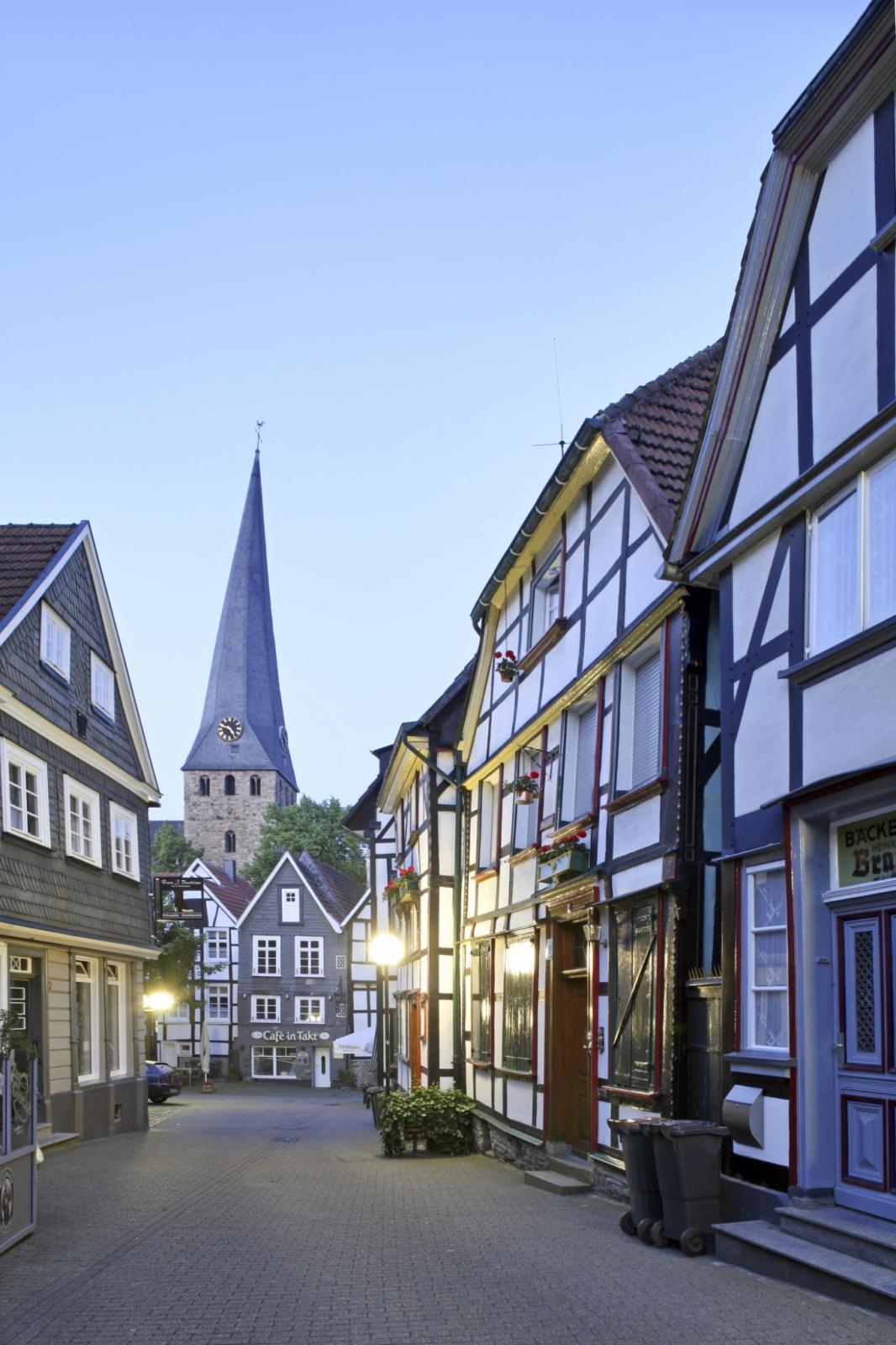 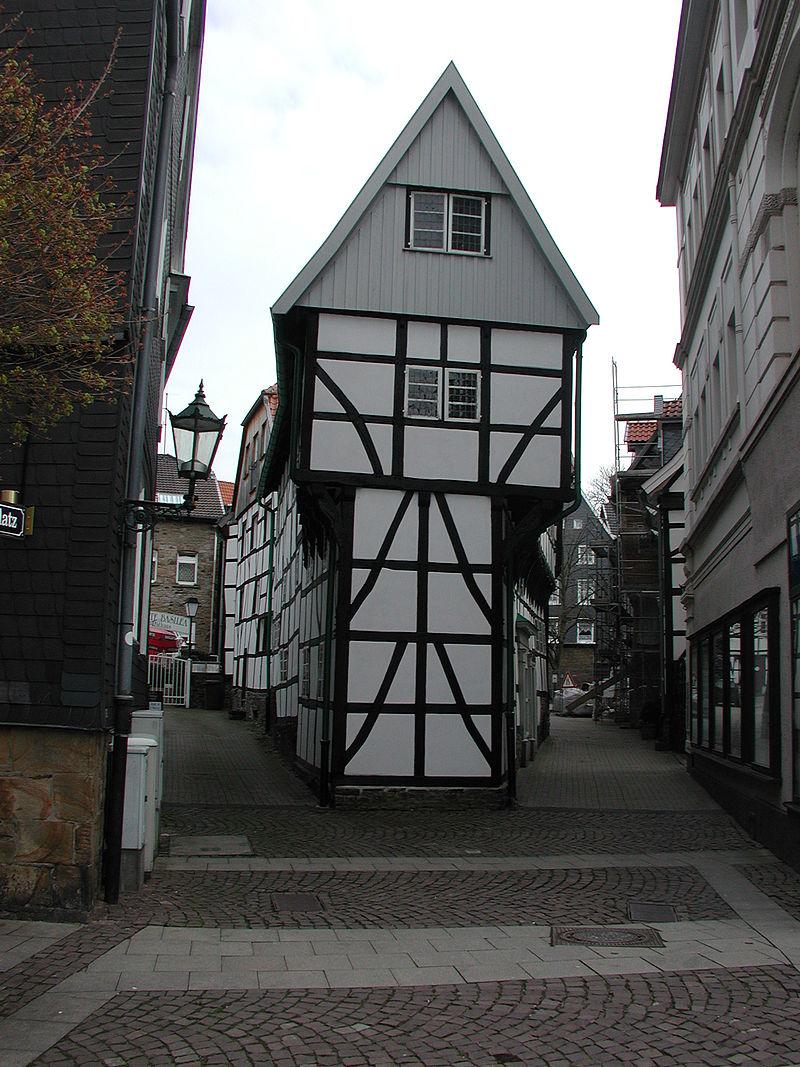 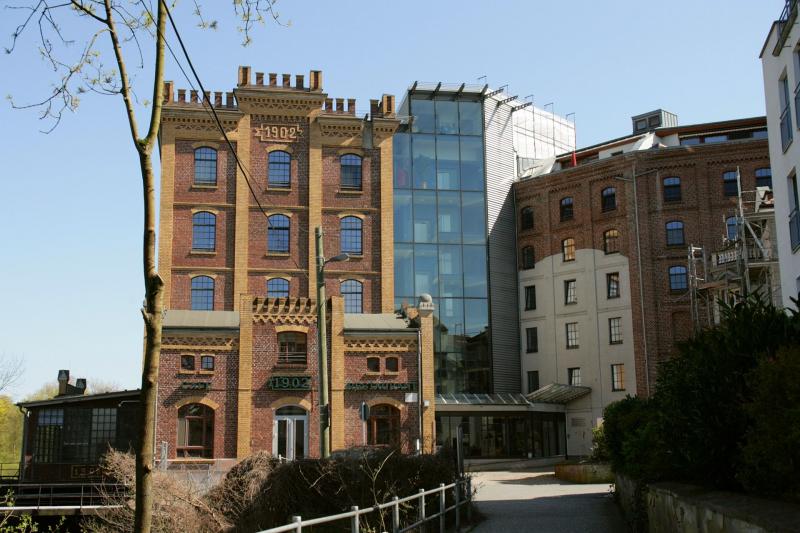 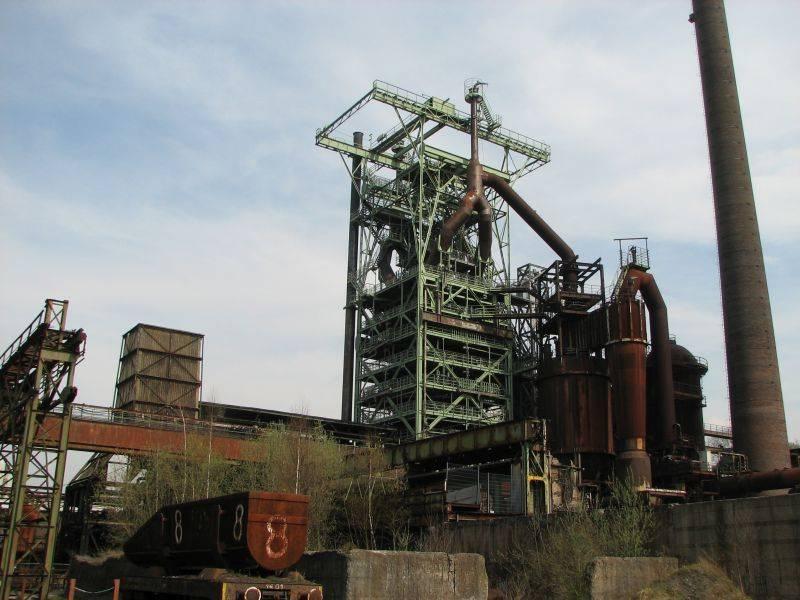 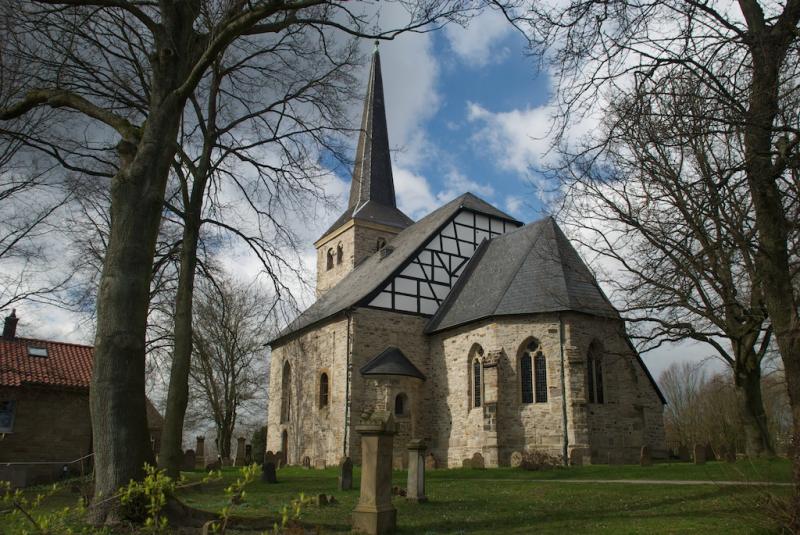 With its over 150 medieval half-timbered houses, the old town centre of Hattingen is unique in the Ruhr area, but by the 1960s it had become run-down and was later renovated. Today the houses are sought-after pieces of valuable real estate.
Built in 1611, the so-called Bügeleisenhaus (flat-iron house) is a well-known example of a historically-protected, historic town house. The narrow gable overhanging the top story is the reason. In 1955 the local heritage society bought the building, which was in a desolate condition, and proceeded to carry out one of Hattingen’s first single-property renovations. In 1962 the building was opened as a heritage house to function as a museum and until 2005 it was still used also as living quarters.
The neighbouring building is a half-timbered house dating back to 1540 with a somewhat newer annex built in the 16th century. There is plenty of evidence of the high building standards of earlier times (elaborately designed “Cologne ceilings”, carved thresholds) to be seen inside. The house was renovated in accordance with historic buildings protection guidelines in 1999, while the top floor was reconstructed as exclusive housing with an historic ambiance.
In addition to preservation and reconstruction, a new housing was also built in the old town centre. A contemporary, four-storey half-timbered house was built on Kirchstrasse in proportion to and scaled to fit with Hattingen’s old town centre. The building’s deliberately modern, loadbearing, latticework construction was built from uncut fir tree trunks and storey-high windows emphasise the contemporary character of its architecture.