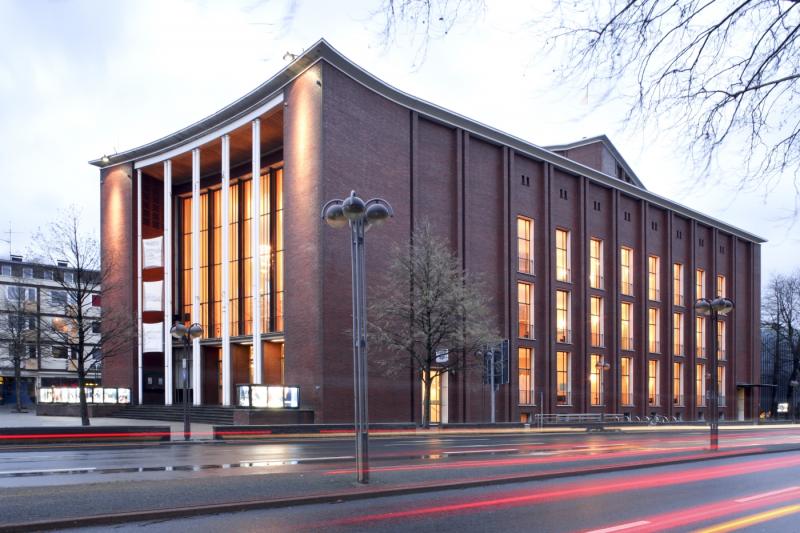 Behind the Bochum Schauspielhaus (theatre), on the site of a former car park, a four-and-a-half storey corner building completes a block in a quite yet central area of the city. It features eight owner-occupied flats and an office unit. The top floor is stepped.
An early cooperation between buyers and planners allowed for individual ground plans whose lavish openness is supported by low parapets.
Protruding parts and staggered windows accentuate a facade that is rather discrete in terms of its colours, while bright colours liven up the protruding staircases inside. Toward the inner courtyard, asymmetrically arranged balconies structure the facade. The four-and-a half storey building has a total floor space of 1,050m².