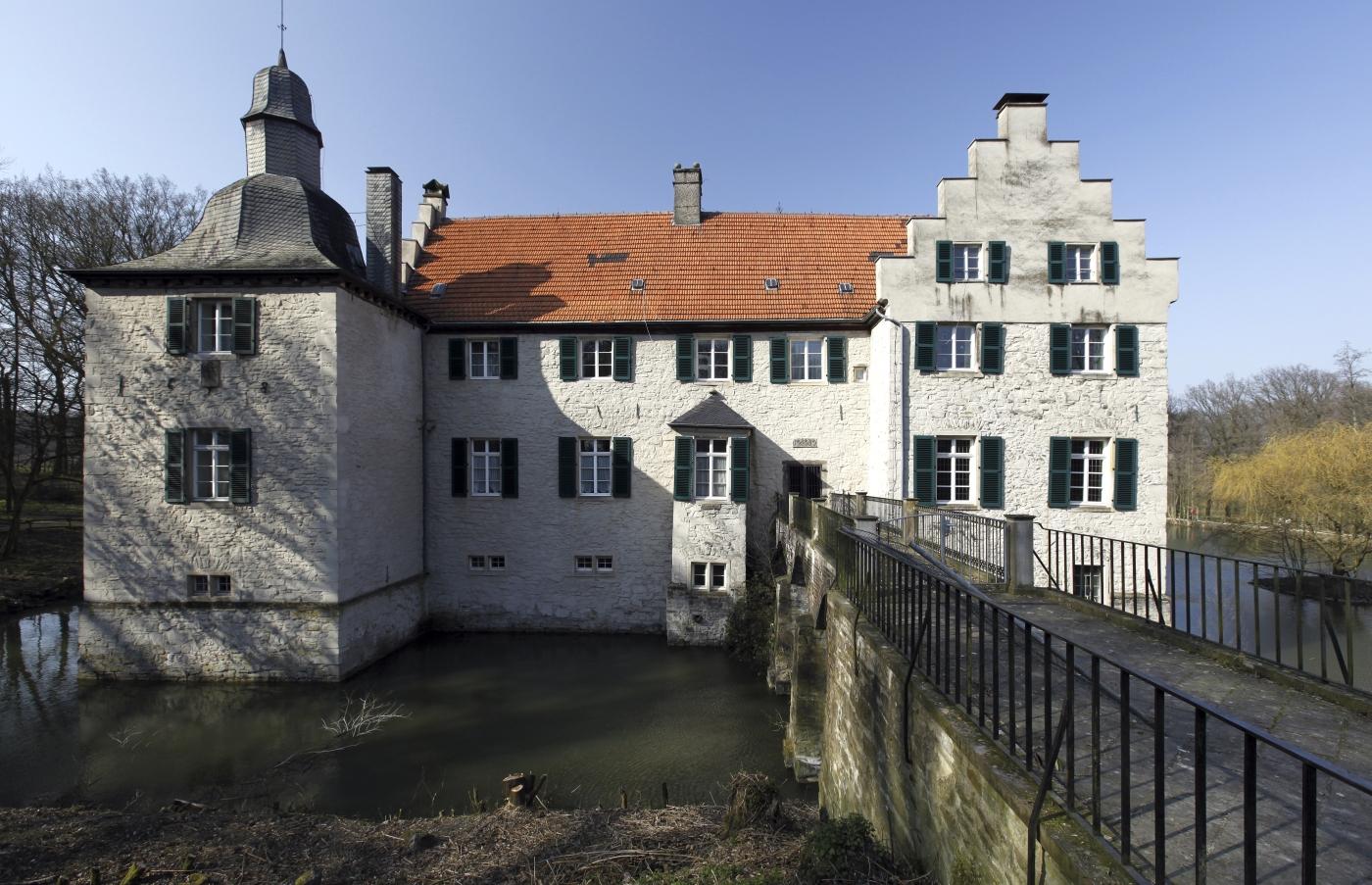 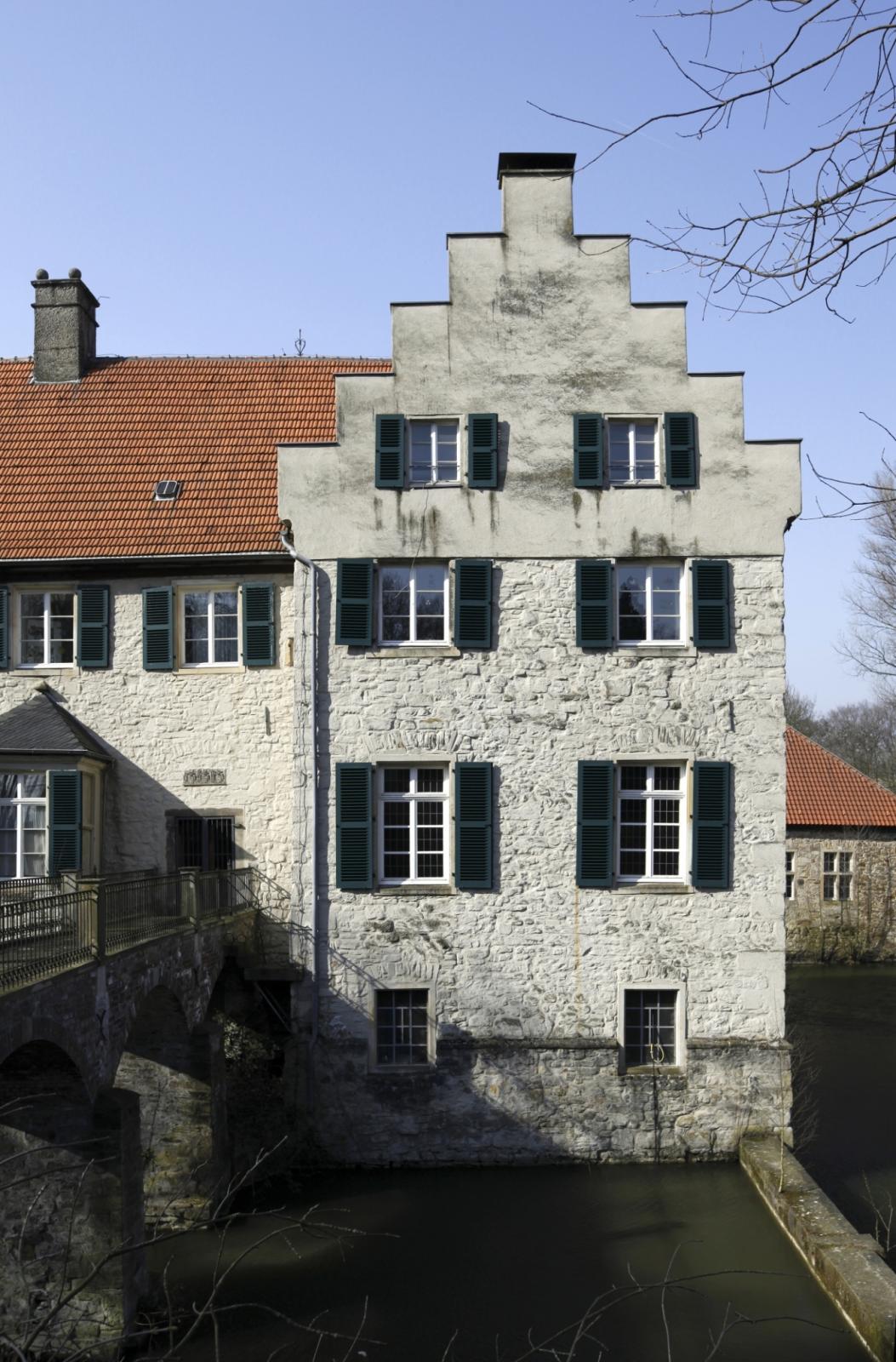 view of the south side 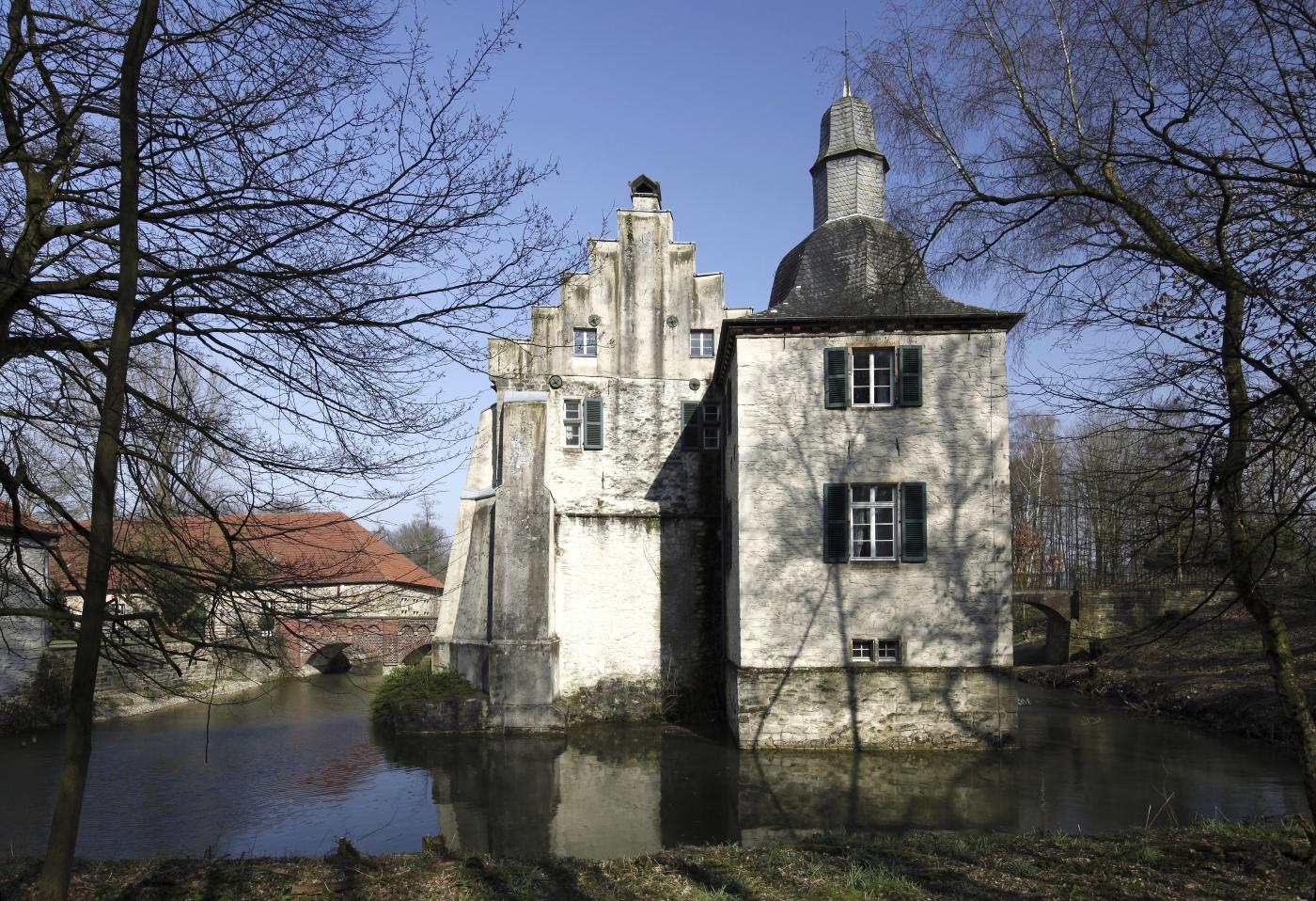 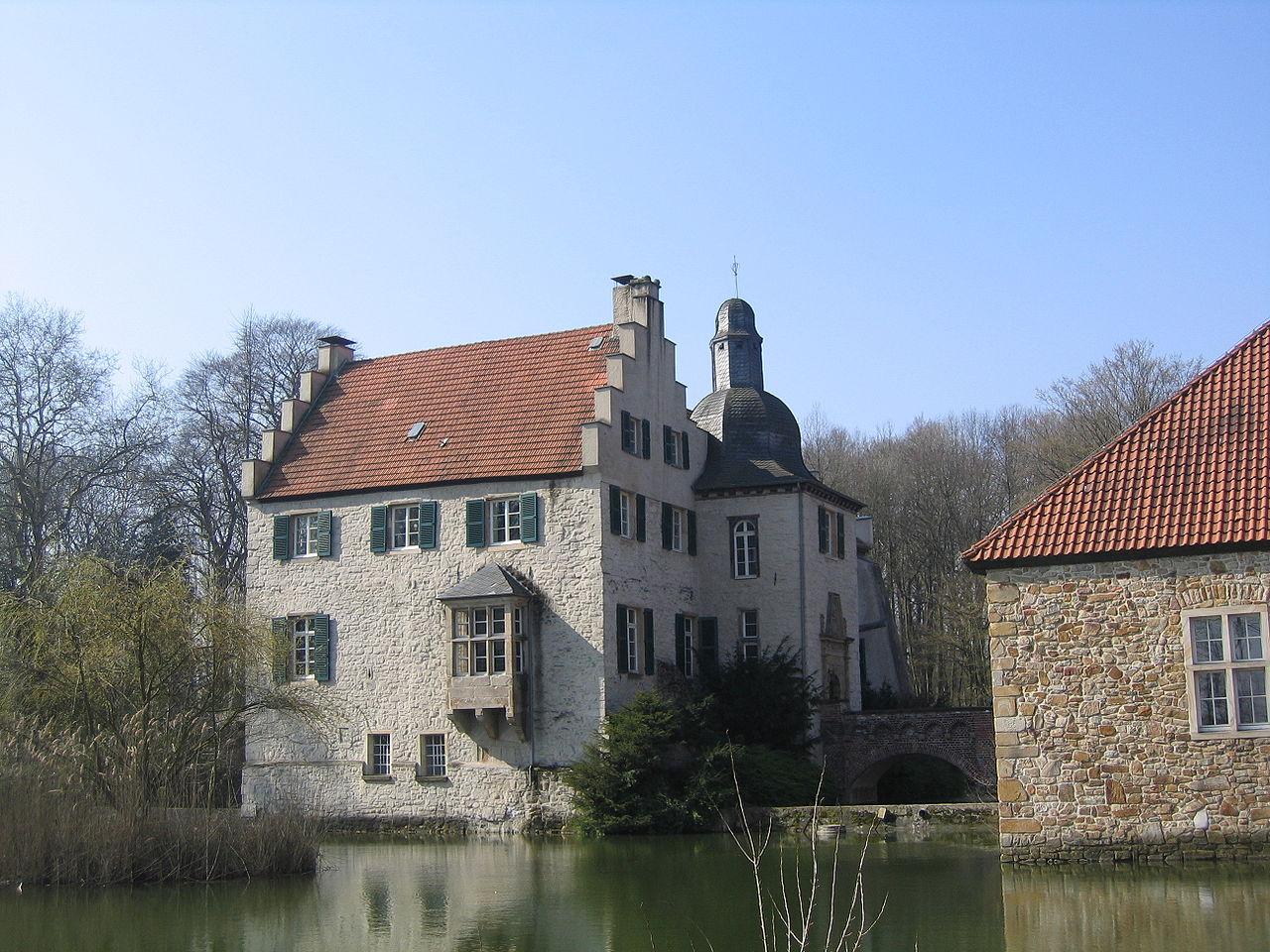 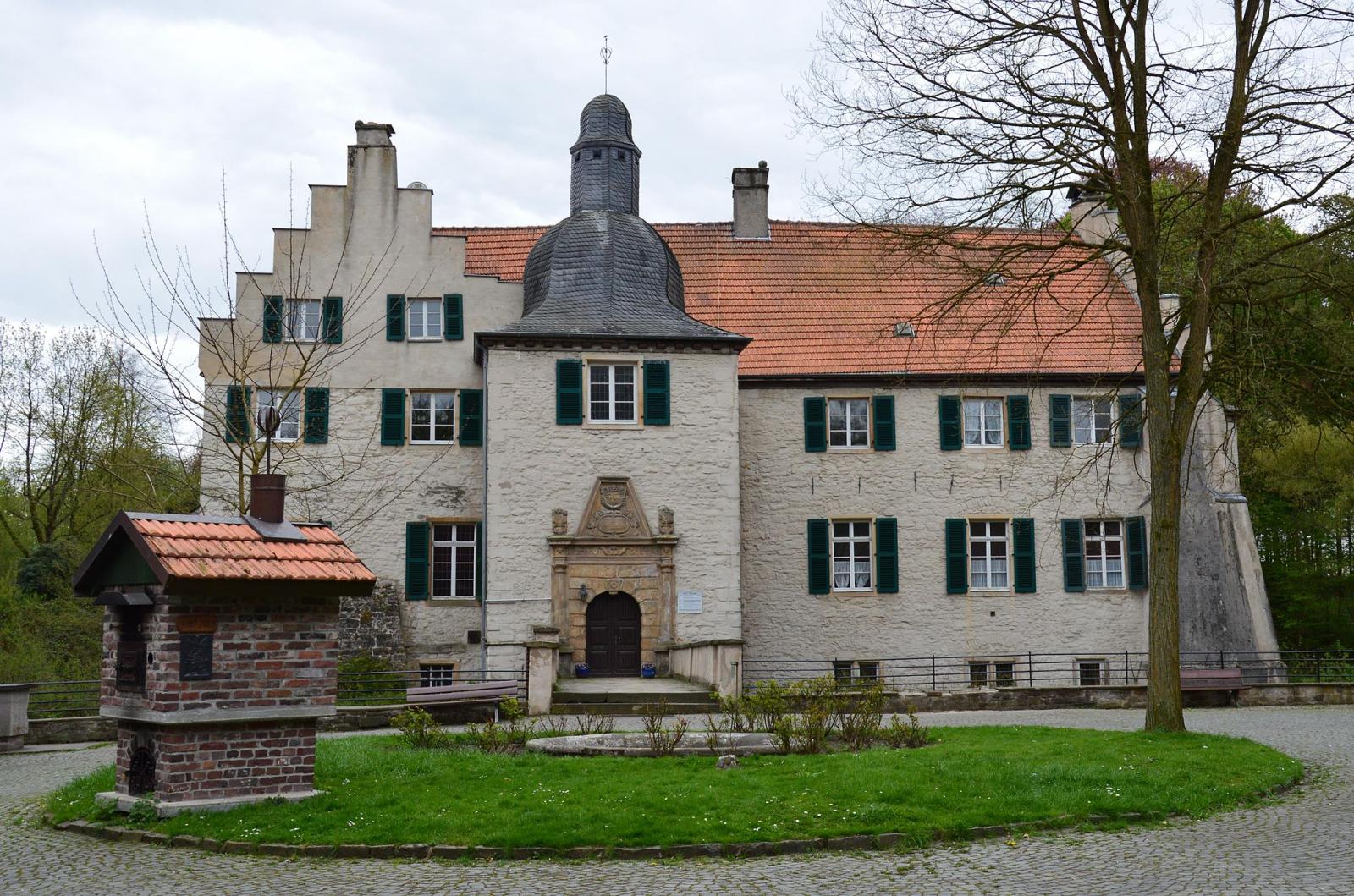 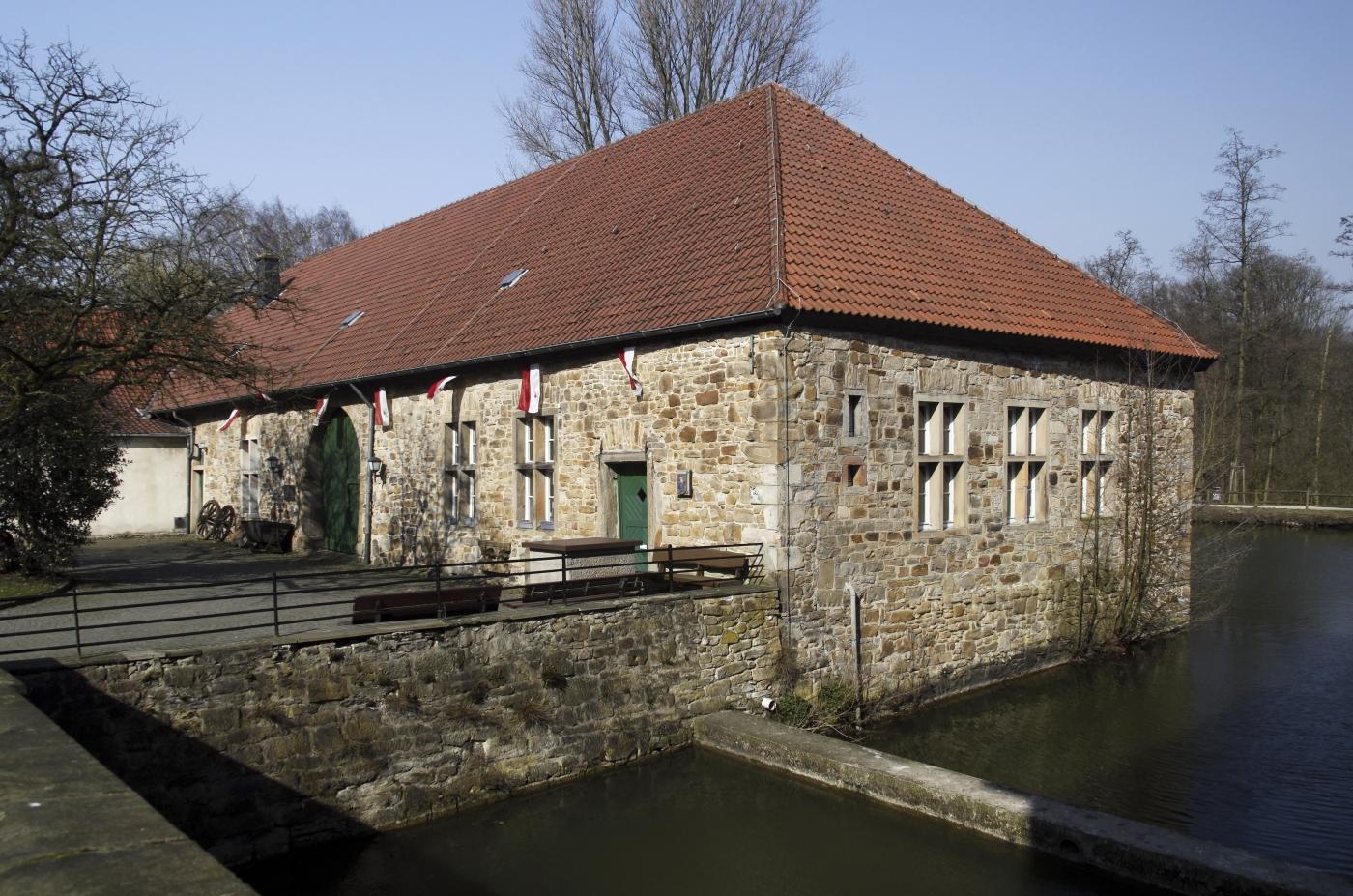 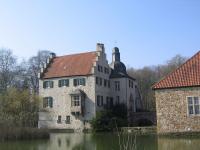 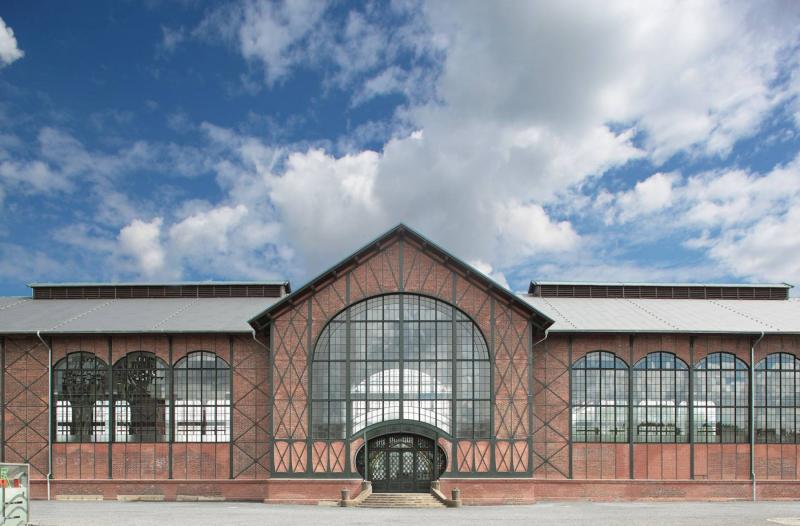 A Hof Dellwig was first mentioned in documents in 1197 and in connection with the knight Hermann von Dellwig in 1238.
At the beginning of the 16th century, an older moated castle was replaced by a new house in the style of the Renaissance. After bad damage sustained during the 30 Years War, the two-storey manor was rebuilt between 1658 and 1690. The destroyed outer bailey buildings were restored from 1700 to 1703. When Adolf Chrisoph von Dellwig died in 1727, the male line of succession was terminated.
In the course of time, the manor was repeatedly converted. You can tell it from the mix of various architectural styles.
The site is broken down into main castle and outer bailey, connected by an arched bridge. The one-storey outer bailey buildings are arranged like a horse shoe opening up toward the manor in the south. In contrast to the outer bailey, the manor is completely moated.
The two-wing building has a striking corner tower in the south west and in the north, at the bridge to the outer bailey, a portal and stair tower. The three gable sides form a stepped gable. In the east, there is a one-storey oriel on the ground floor.
The eastern wing bears the year 1657, the south-western corner tower 1658 and the portal tower 1690.
In the 1840s, the moats on the outer baileys entrance side were filled and the fruit and vegetable garden in the south turned into an English landscape garden.
After having been repeatedly bequeathed and sold, in 1904 Haus Dellwig was acquired by Gelsenkirchener Bergwerks AG, which sold the site to the City of Dortmund in 1978. The City still owns it.
Haus Dellwig has been listed since 1997. In the left wing of the outbuildings, we now find the Heimatmuseum Lütgendortmund (a local history museum).