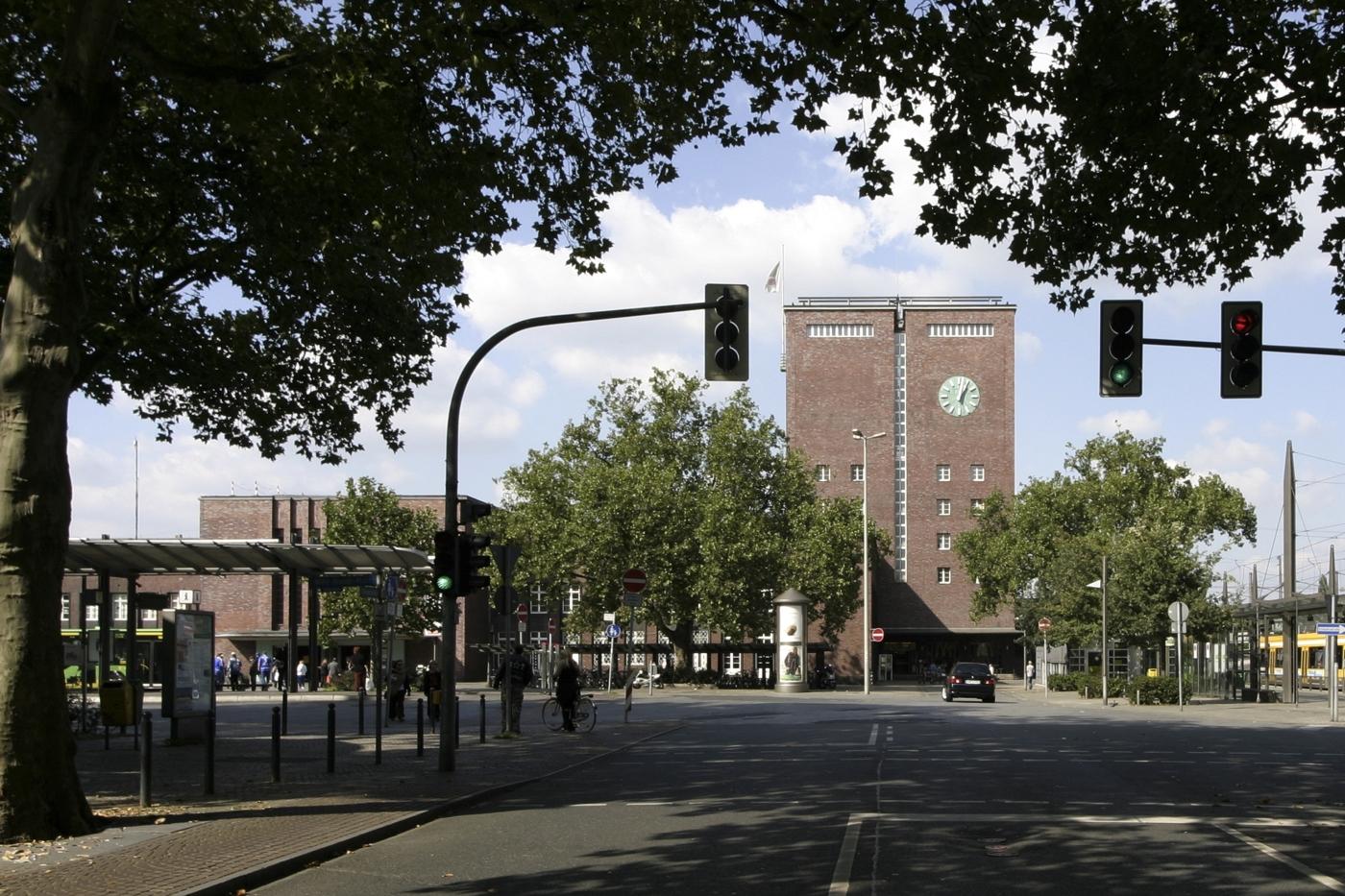 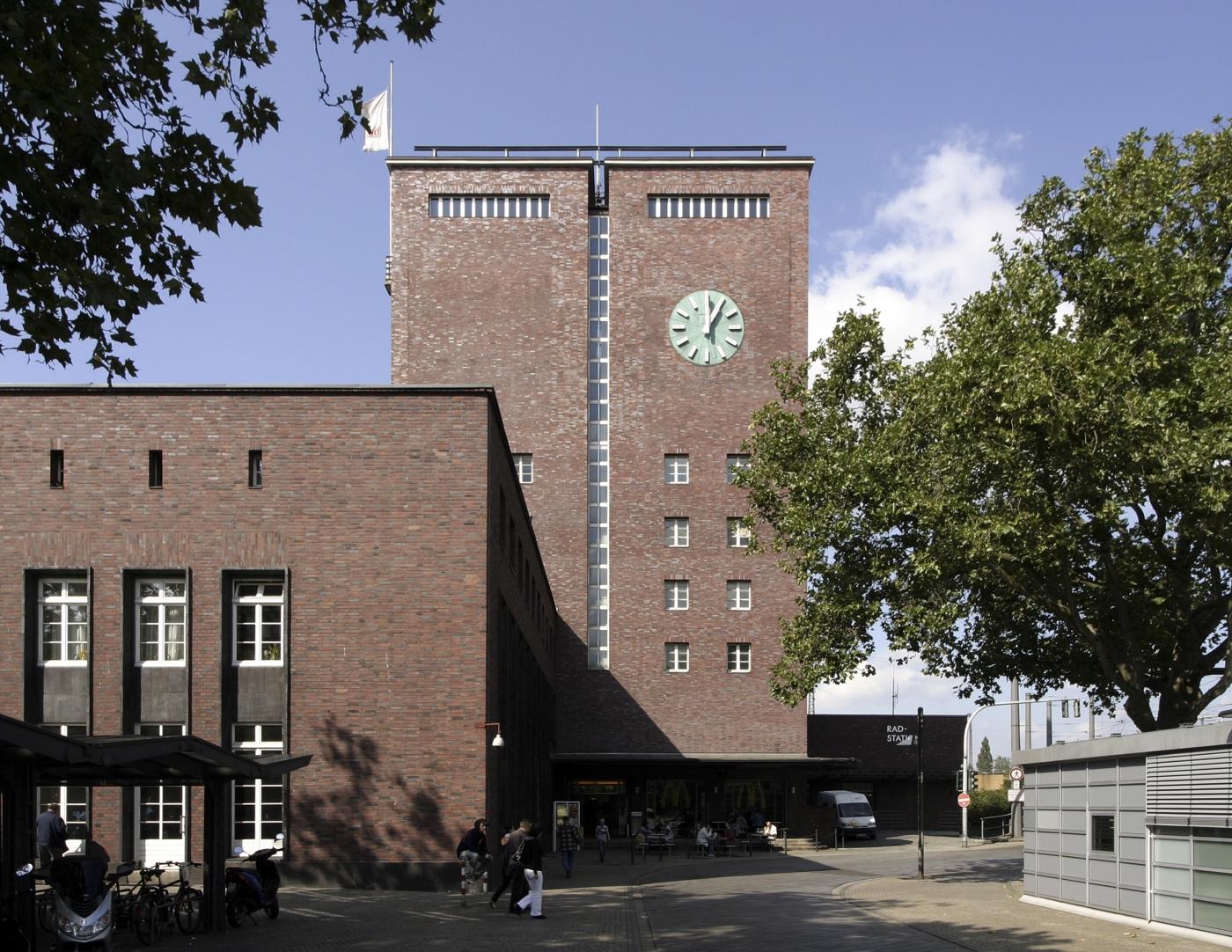 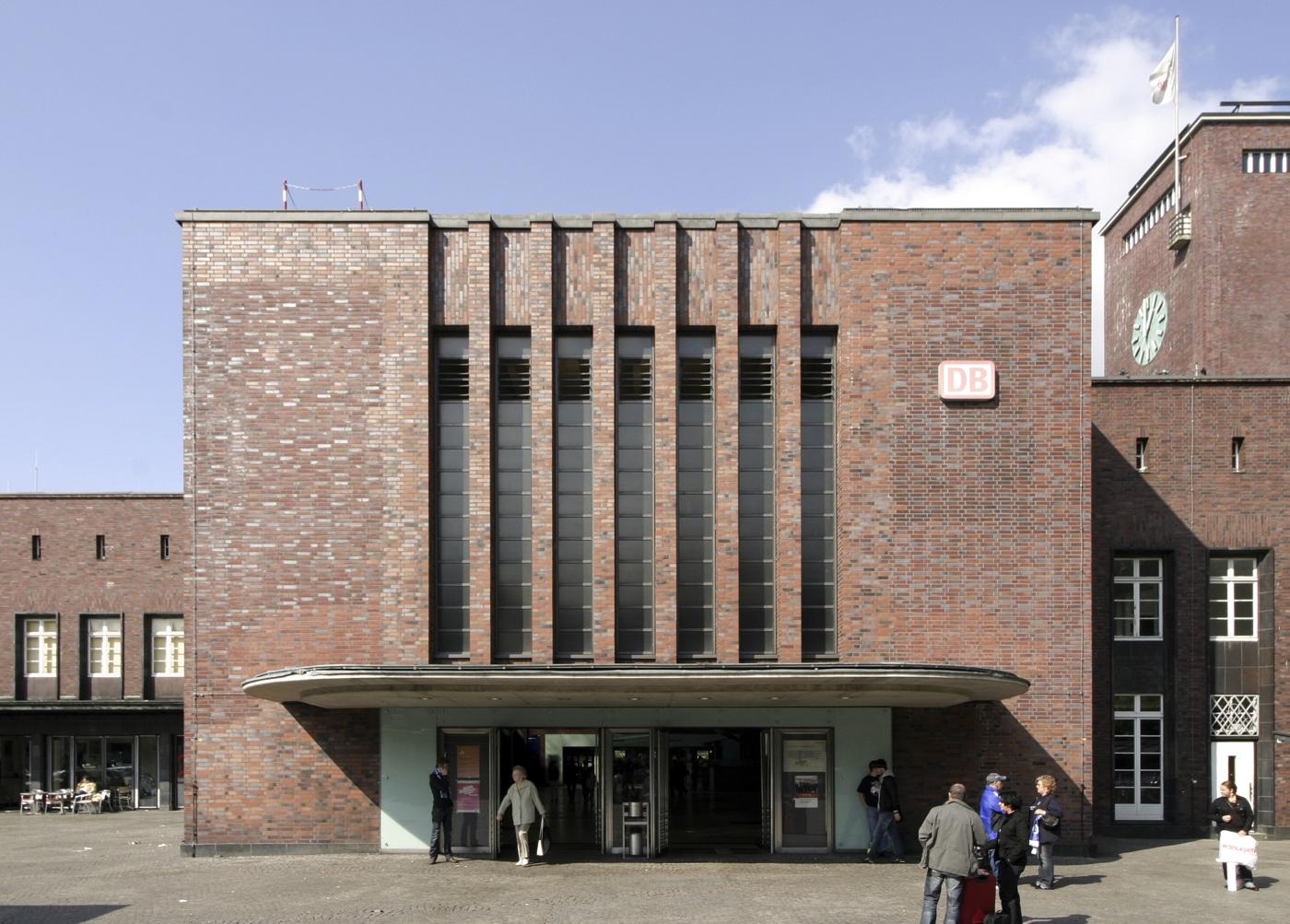 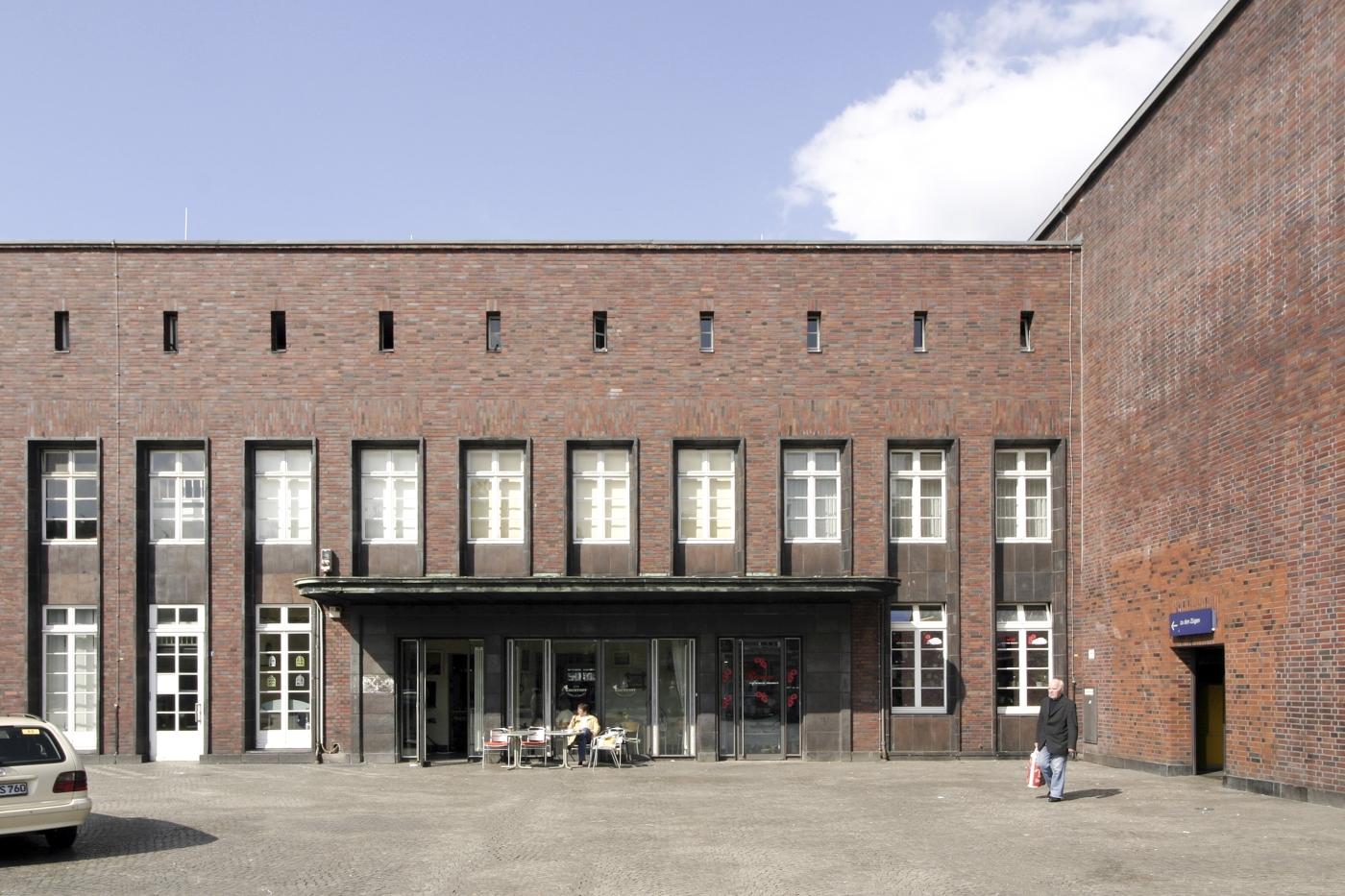 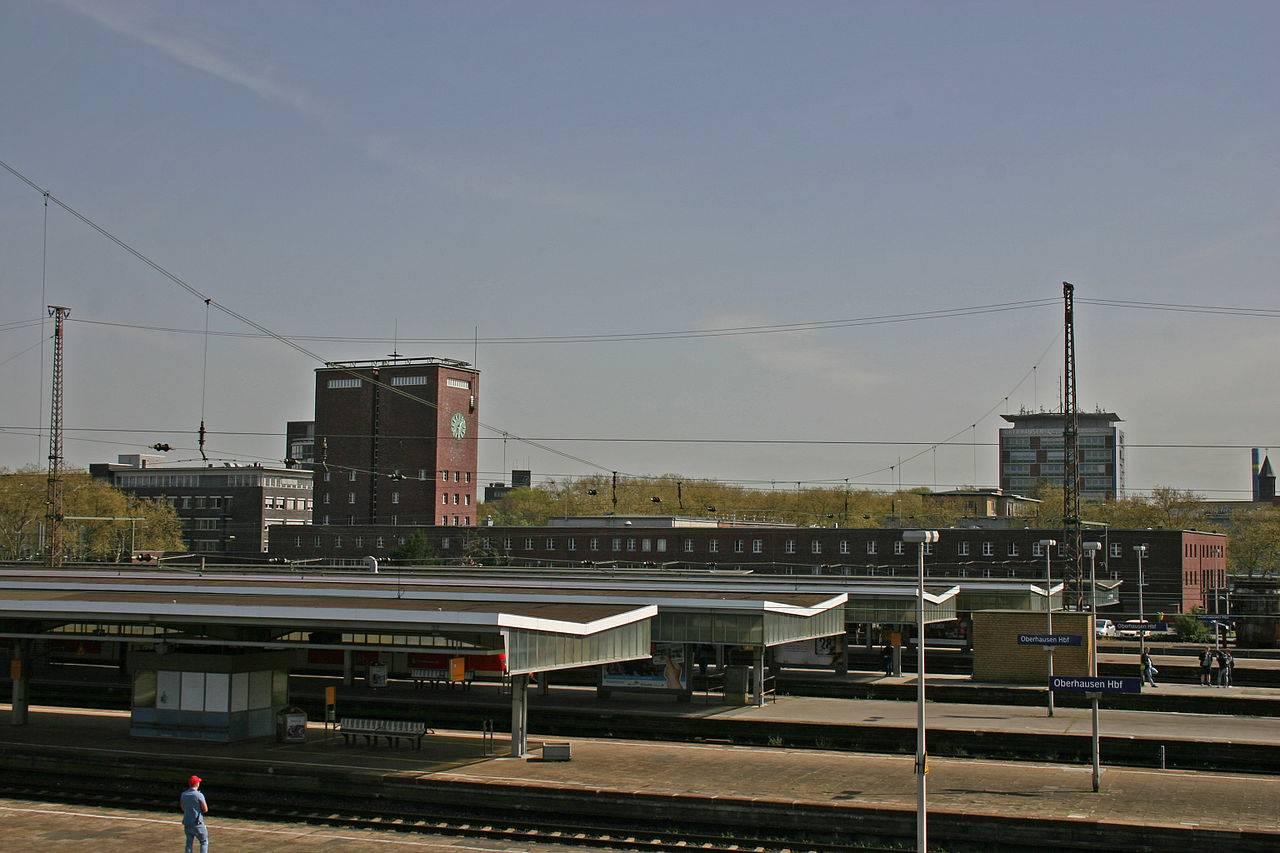 view over the platforms 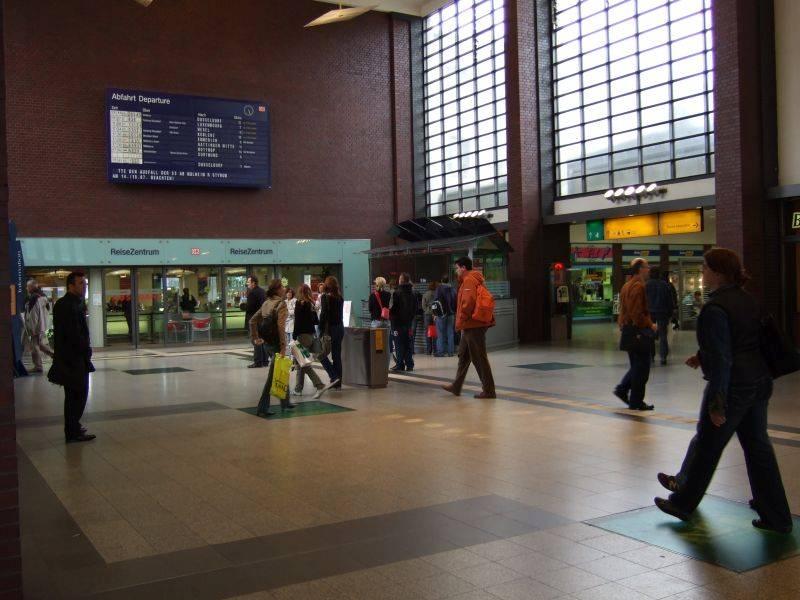 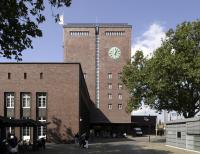 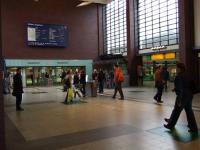 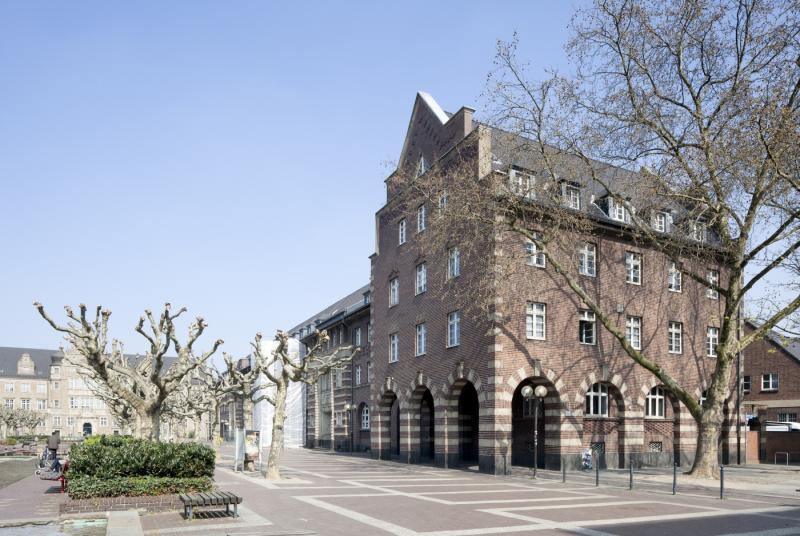 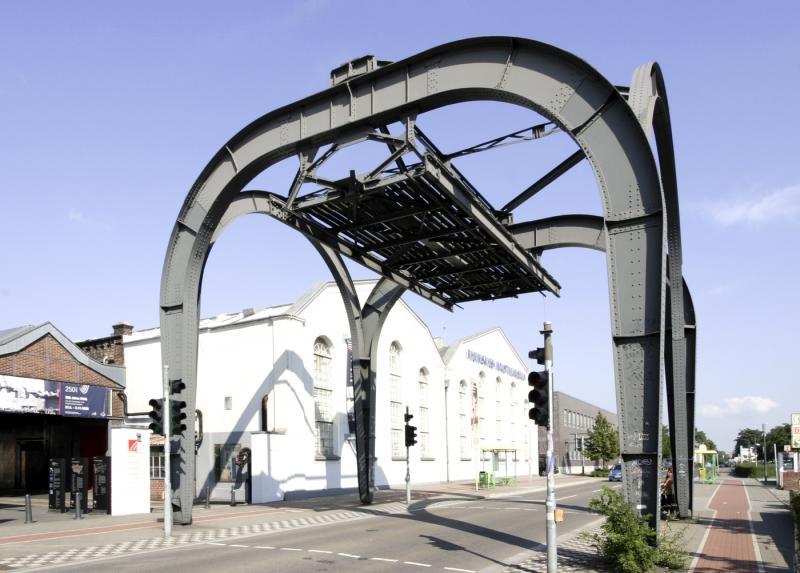 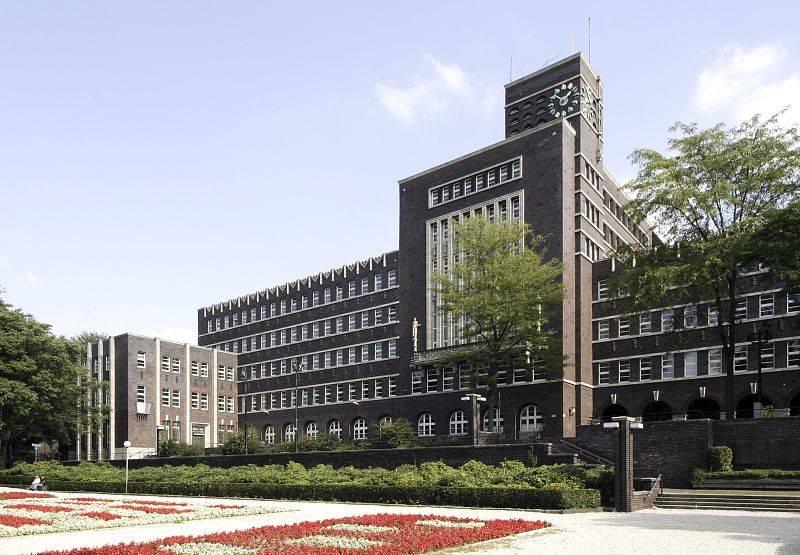 Until 1880, Oberhausen developed in to the most important railway hub in the Ruhr area. In 1891, a huge marshalling yard was built in Osterfeld.
The first station building was a plain half-timbered structure and replaced by a rather more expensive reception building in 1854. In 1885 - Oberhausen had in the meantime been chartered and about 17,000 inhabitants – it was rebuilt into an early-Renaissance-like prestigious building.
The city wanted a new building meeting a major city’s requirements. These were finally met by today’s modern reception building built in 1930 – 34, inspired by the Stuttgart main station by Paul Bonatz. The architect was the railway planner of the Reichsbahndirektion Essen, Reichsbahnoberrat Herrmann.
Within the framework of the IBA Emscher Park, the reception building was renovated in style and the forecourt also made more attractive in the course of the re-introduction of trams in Oberhausen. The totally renewed pedestrian tunnel with its new western exit connects the station and the city centre with the Rheinisches Industriemuseum and the civic centre in the former tin factory Altenberg, a new park-and-ride car park and the district west of the railway. One defunct platform was rebuilt into a museum platform of the Rheinisches Industriemuseums, exhibiting typical company railway cars of the iron and steel industry.