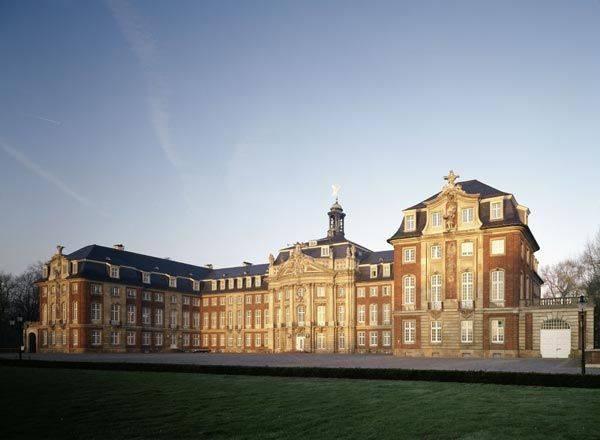 The castle with the cour d’honneur 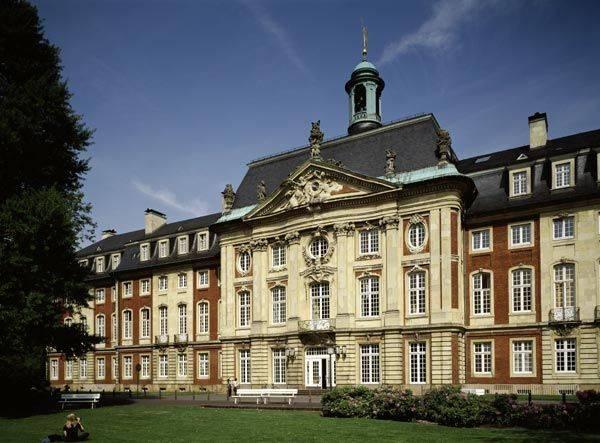 Entrance at the back 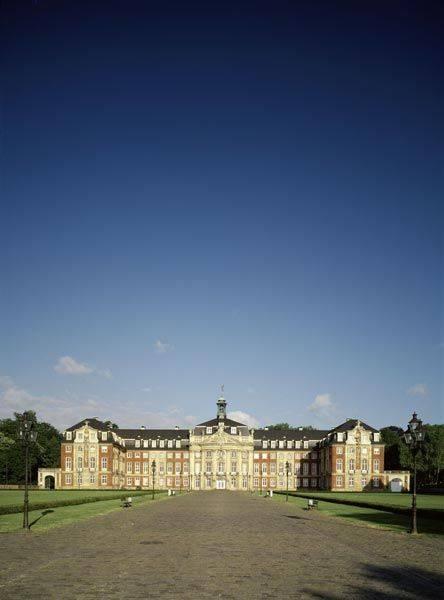 The castle is strictly symmetrical 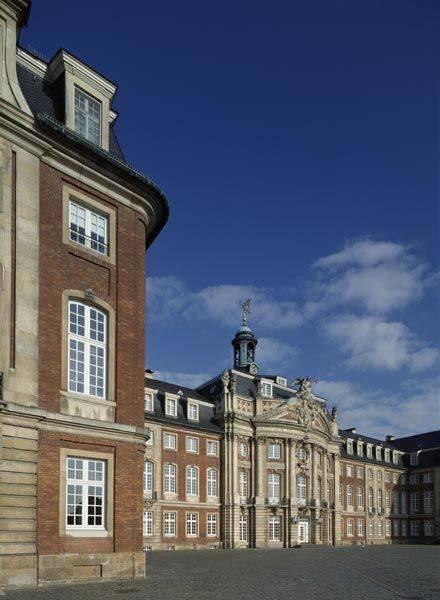 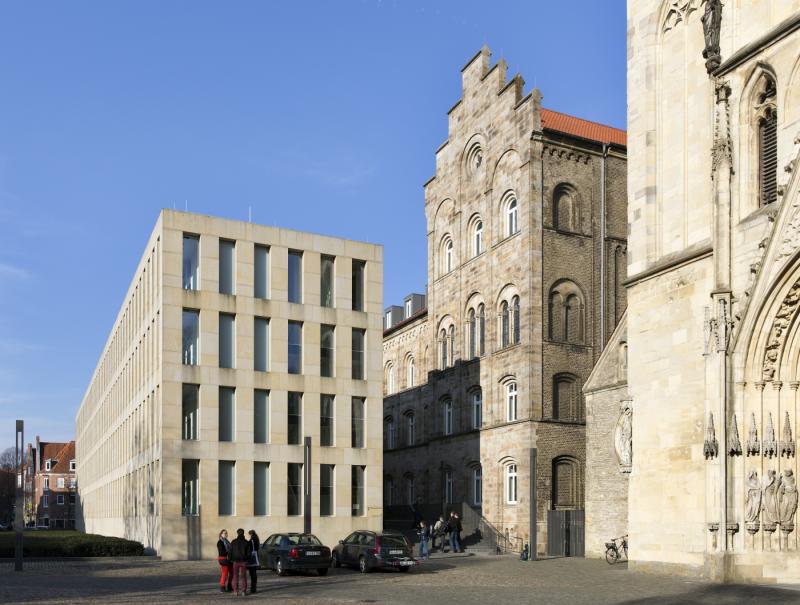 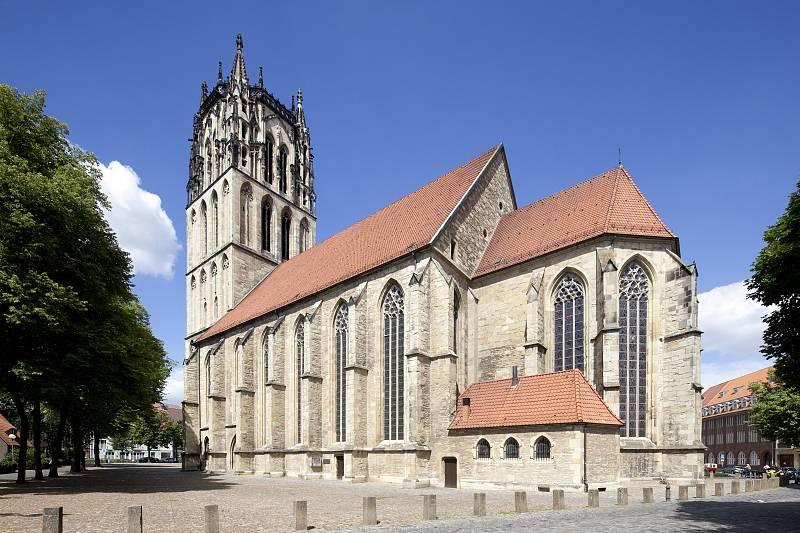 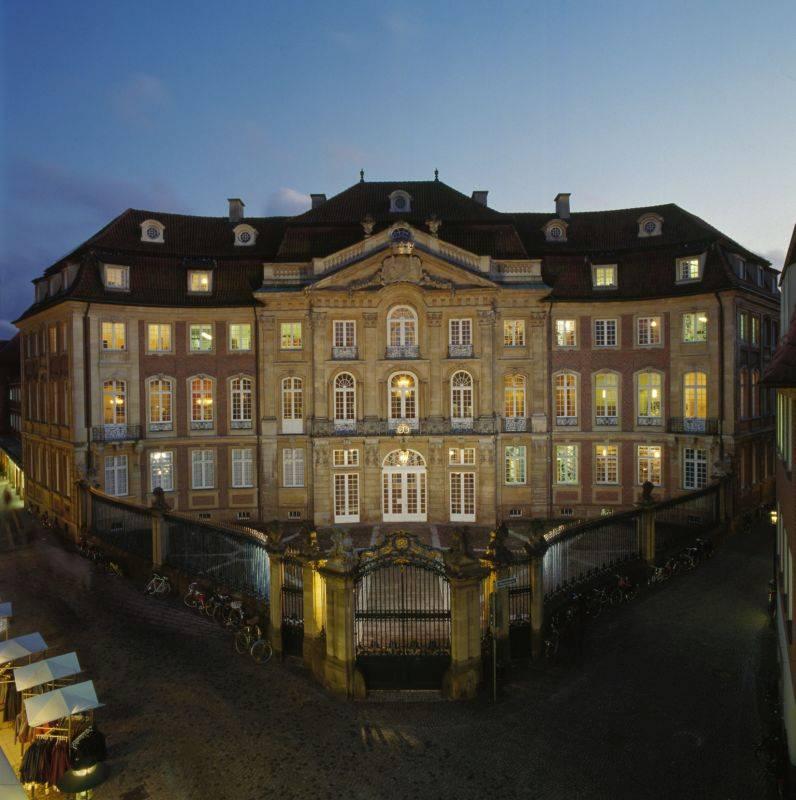 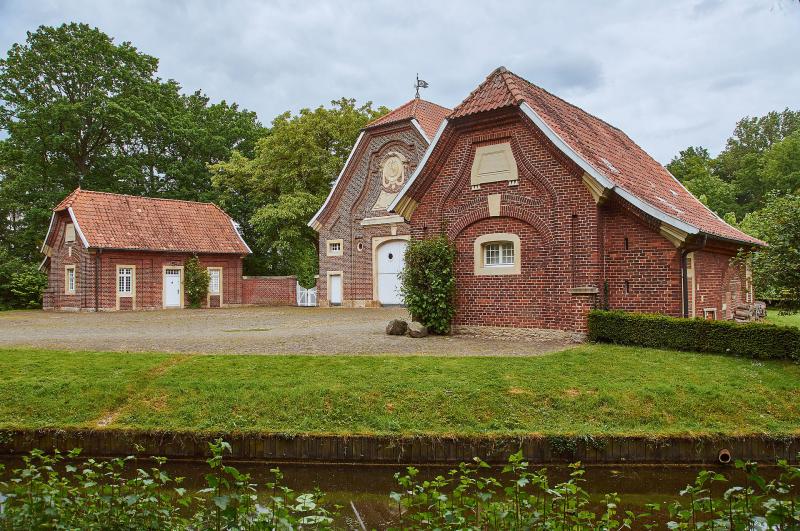 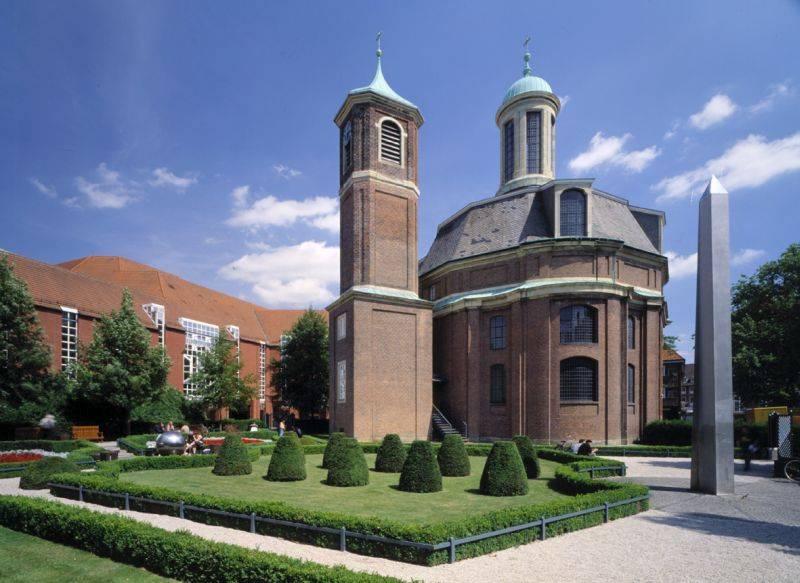 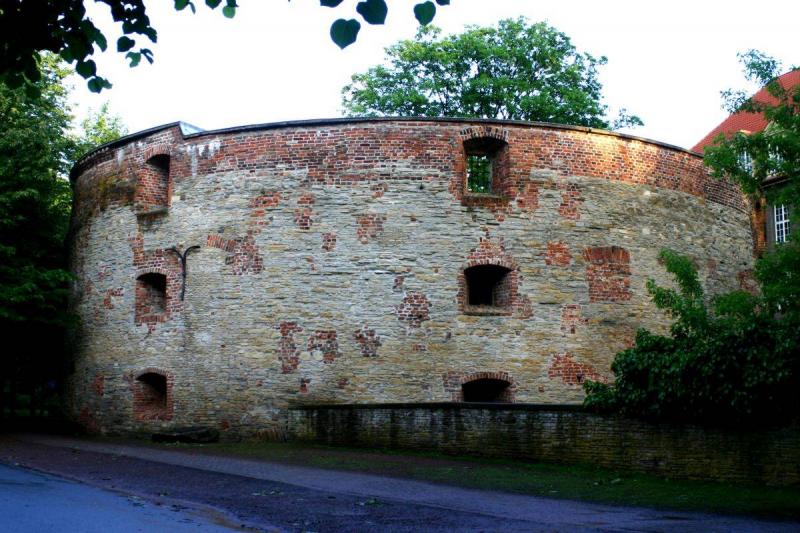 The prince-bishop Münster castle was built in accordance with plans by Johann Conrad Schlaun from 1767 to 1787 for prince-bishop Maximilian Friedrich von Königsegg-Rothenfels. The palace is symmetrical, with a north-south main building and east wings at a right angle. Light Baumberg sandstone for the base and pilasters contrasts with the facade’s red bricks. The ground floor was meant for service rooms. The representative main floor was above it. The central projection with the main portal is raised at the roof and crowned with a lamp.

In WWII, the palace was heavily damaged, only the foundation survived. Reconstruction was fast, and as early as 1949 the first lectures were held in the south wing of what now unofficially was Willhelms-Universität. The palace then became the official seat of the university in 1954.