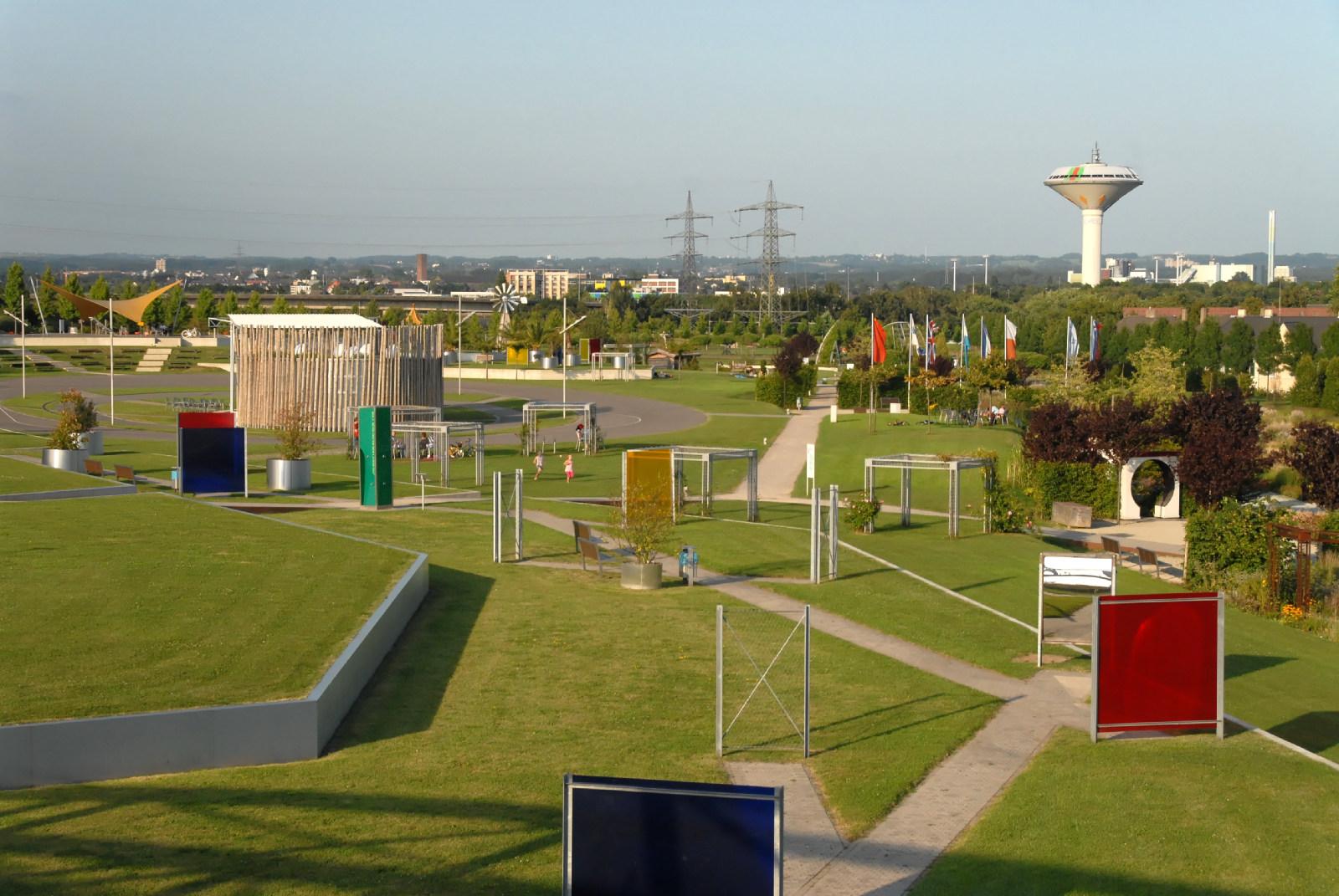 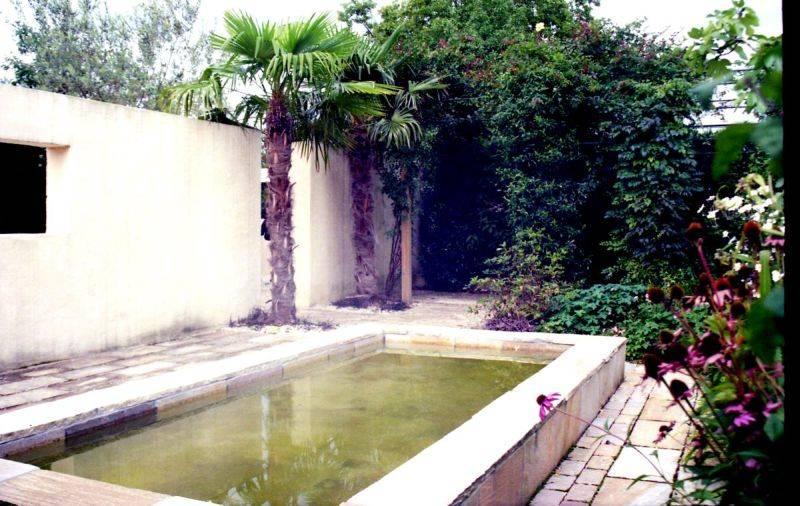 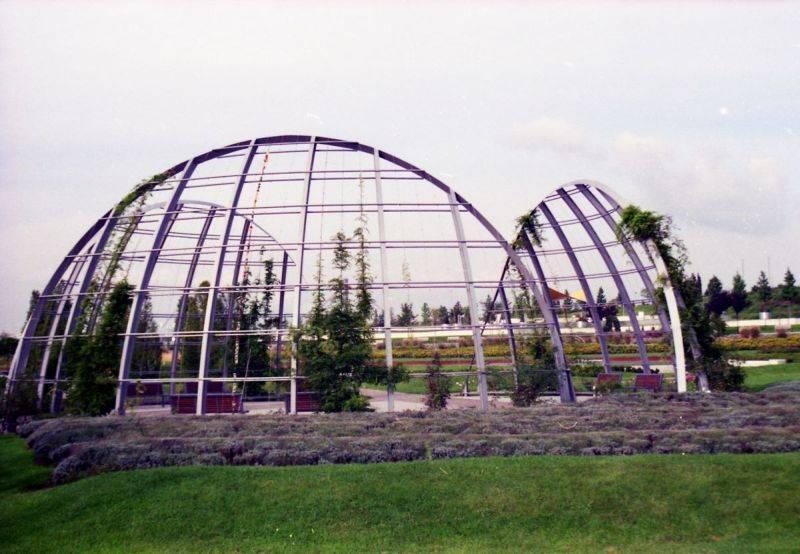 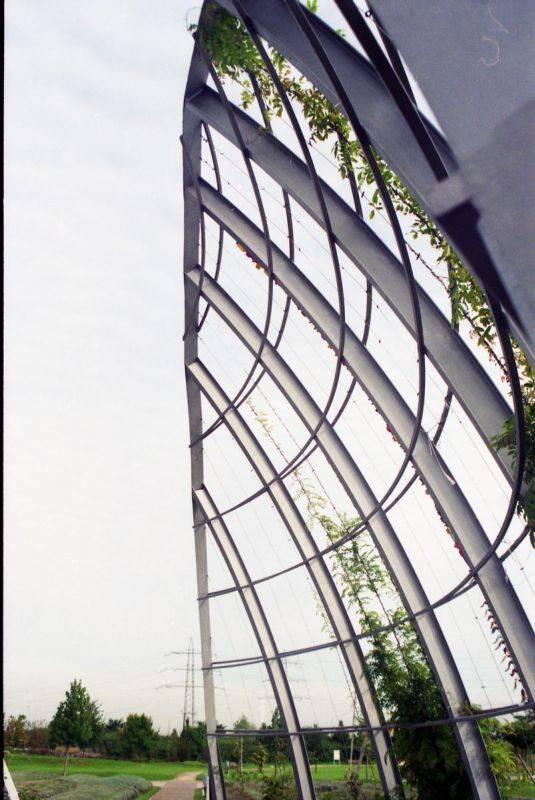 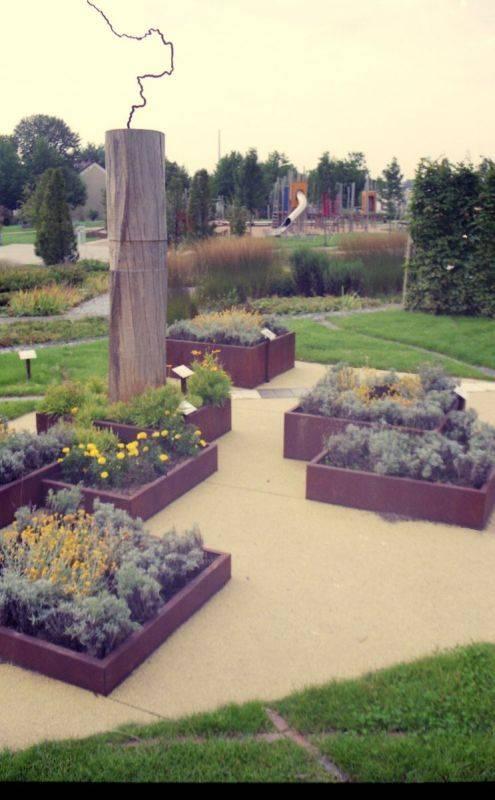 Plants on the “Ebene der Langsamkeit 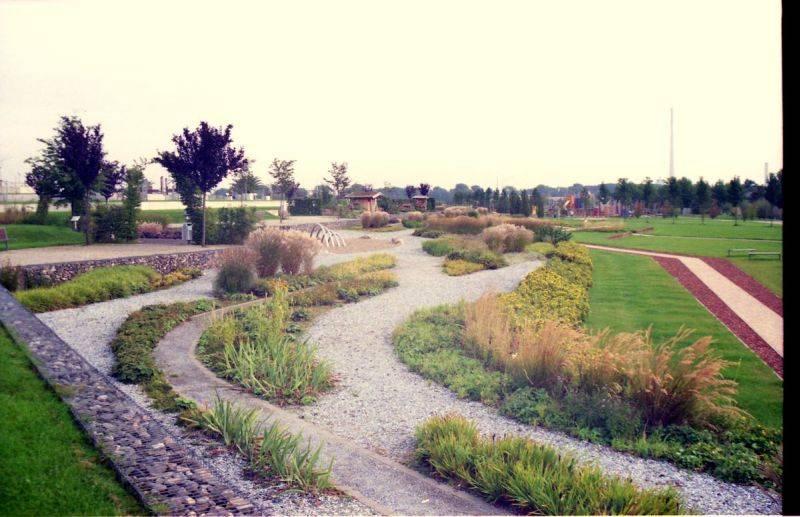 The river of flowers 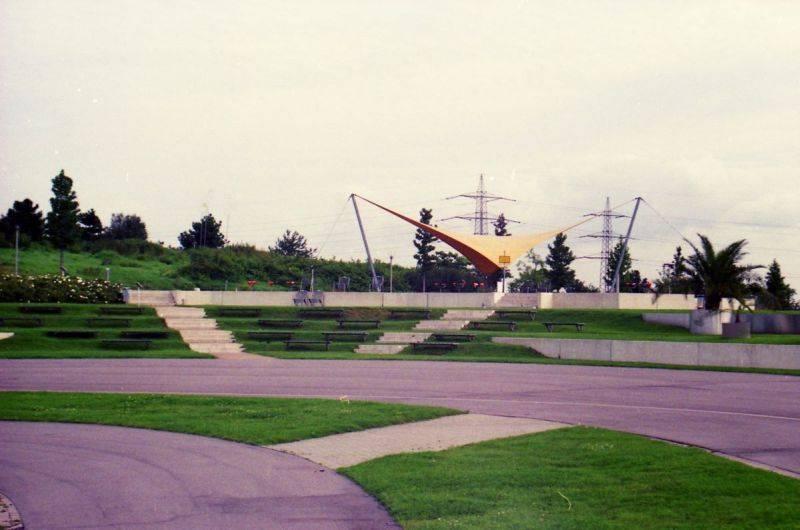 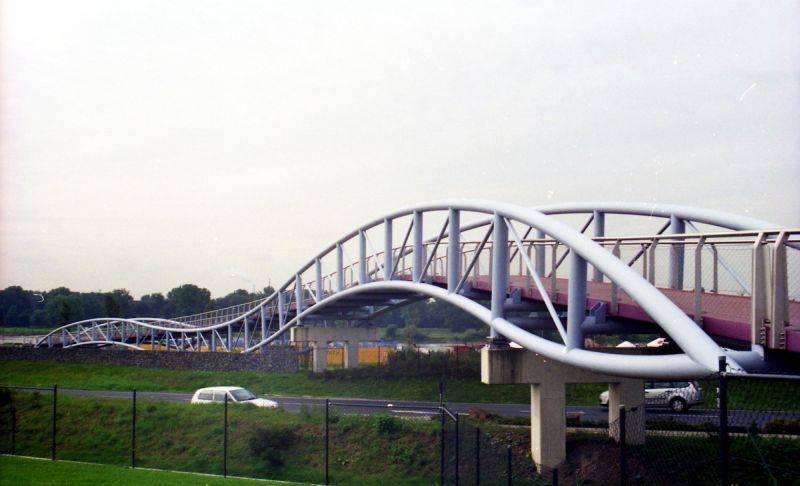 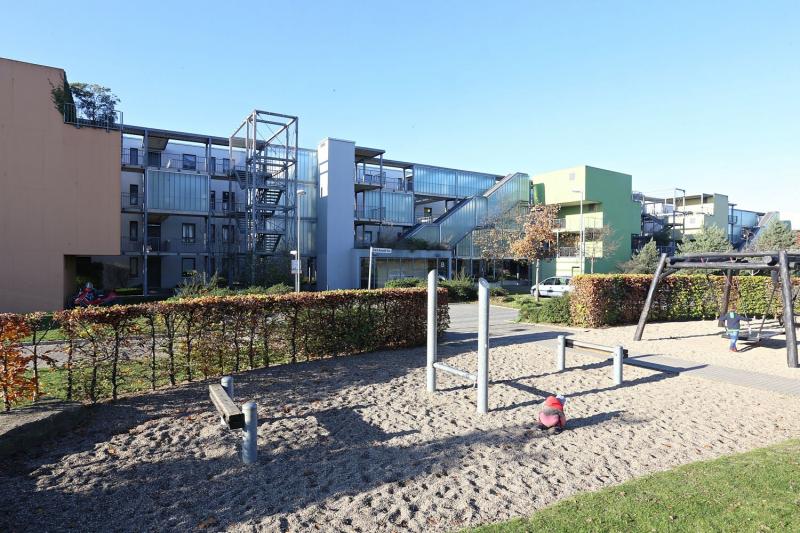 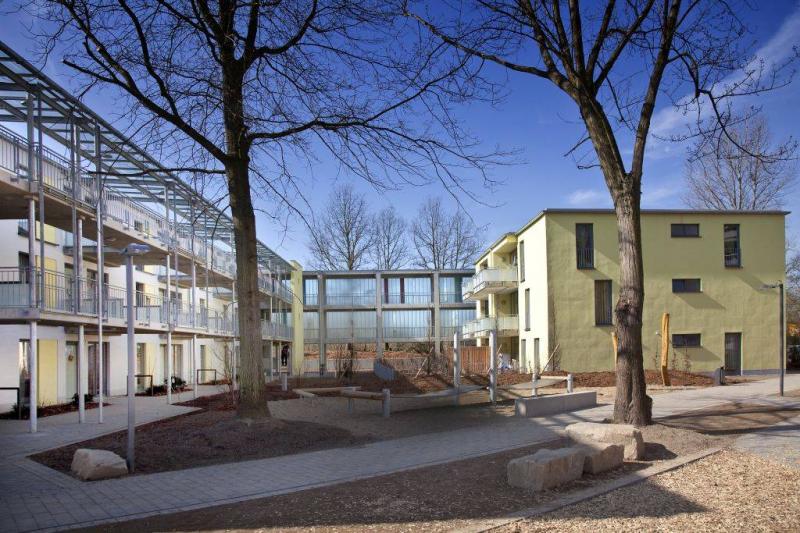 The Landesgartenschau 2005 in Leverkusen took place on the site of the former landfill Dhünnaue-Mitte. From 1923 to the end of the 1940’s, about 3m tonnes of building waste, domestic waste and Bayer chemical remains had been disposed of on its 25 hectares.
From the 1950’s, the site was used for housing. When in 1985 the site was subjected to an EIA, it was determined that the toxic remains would have to be sealed off. Building this sealing system took from 1995 to 2005.
The landfill is screened off the River Rhine’s groundwater by a 3.6km long and up to 40m deep wall and sealed off with an expensive surface lining. In 200, there was a competition for the conversion of the landfill into a municipal park. In the winning plans of landscape architect Rüdiger Brosk and the firms Agirbas/Wienstroer, the “Bumerang”, an artificial landscape of various levels, forms the park’s centrepiece, which in the east is surrounded by the Waldgürtel“, through which the River Dhünn flows, and in the west by the Rhine promenade.
Two rolling paths provide access to the core area and its various levels. These are designed by themes. For example, the level “Ebene der unerwarteten Bewegung“ (level of the unexpected encounter) features huge lawns with circular embedded areas and unusual mobility and agility play elements. The “Ebene der fließenden Bewegung” (level of flowing movements) features a “river” of plants flowering blue, the “Ebene der Langsamkeit“ (level of slowness) with theme gardens separated by hedges makes for peace and contemplation. The top part of the “Bumerang” is the “Ebene der bewegenden Ausblicke“ (level of moving views), providing a view of the park, the city and the River Rhine.