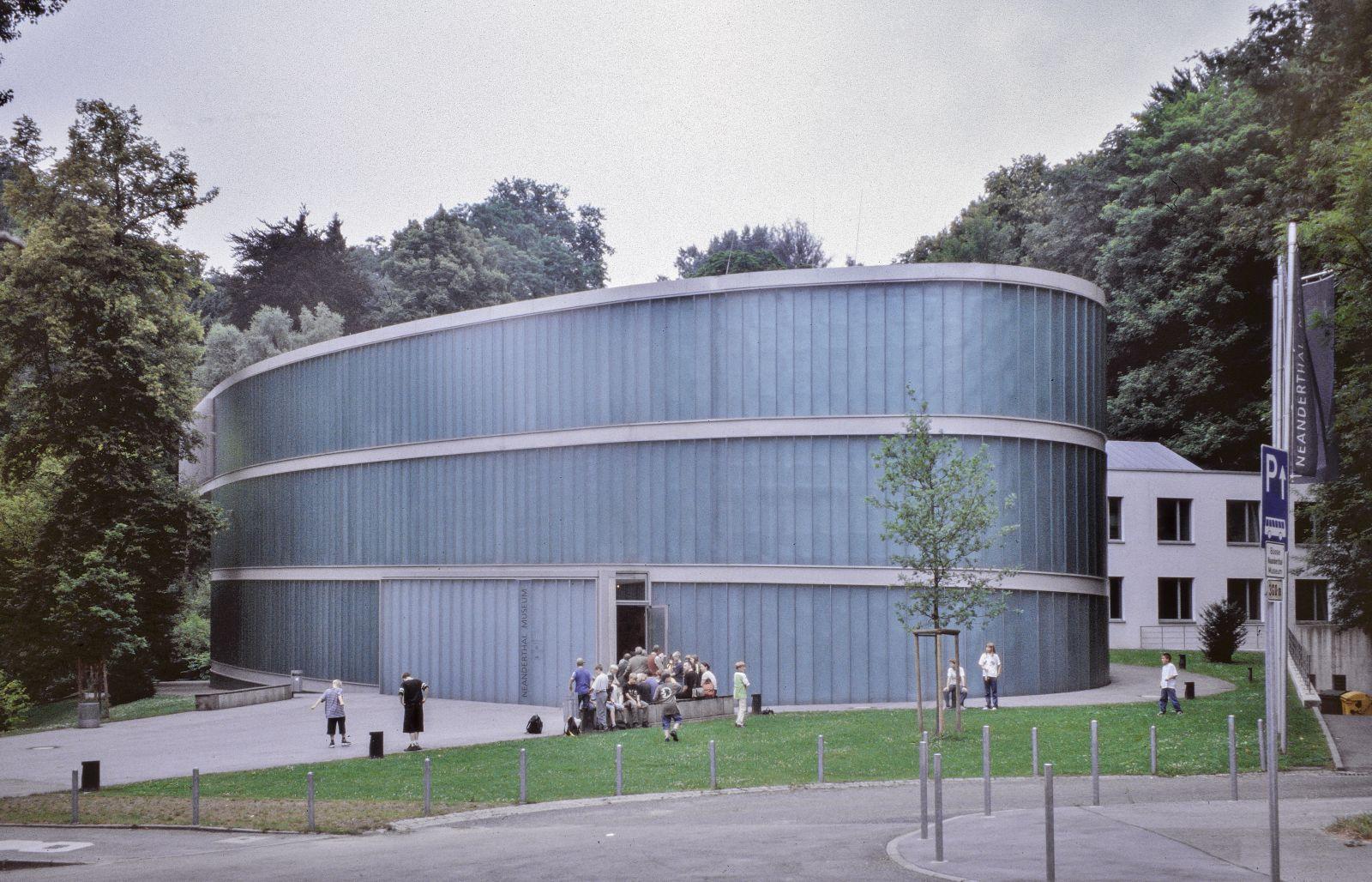 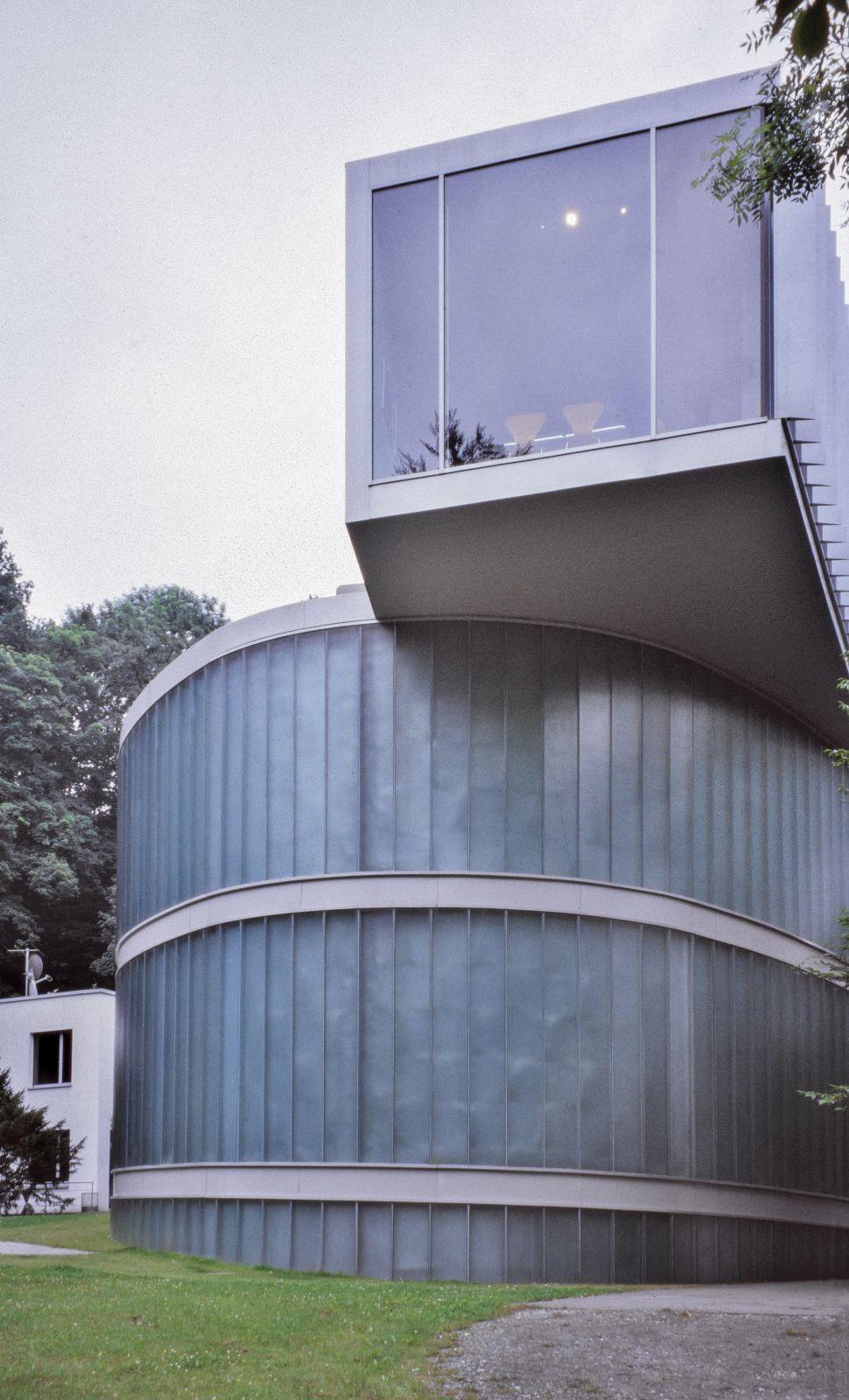 window at the end of the ramp 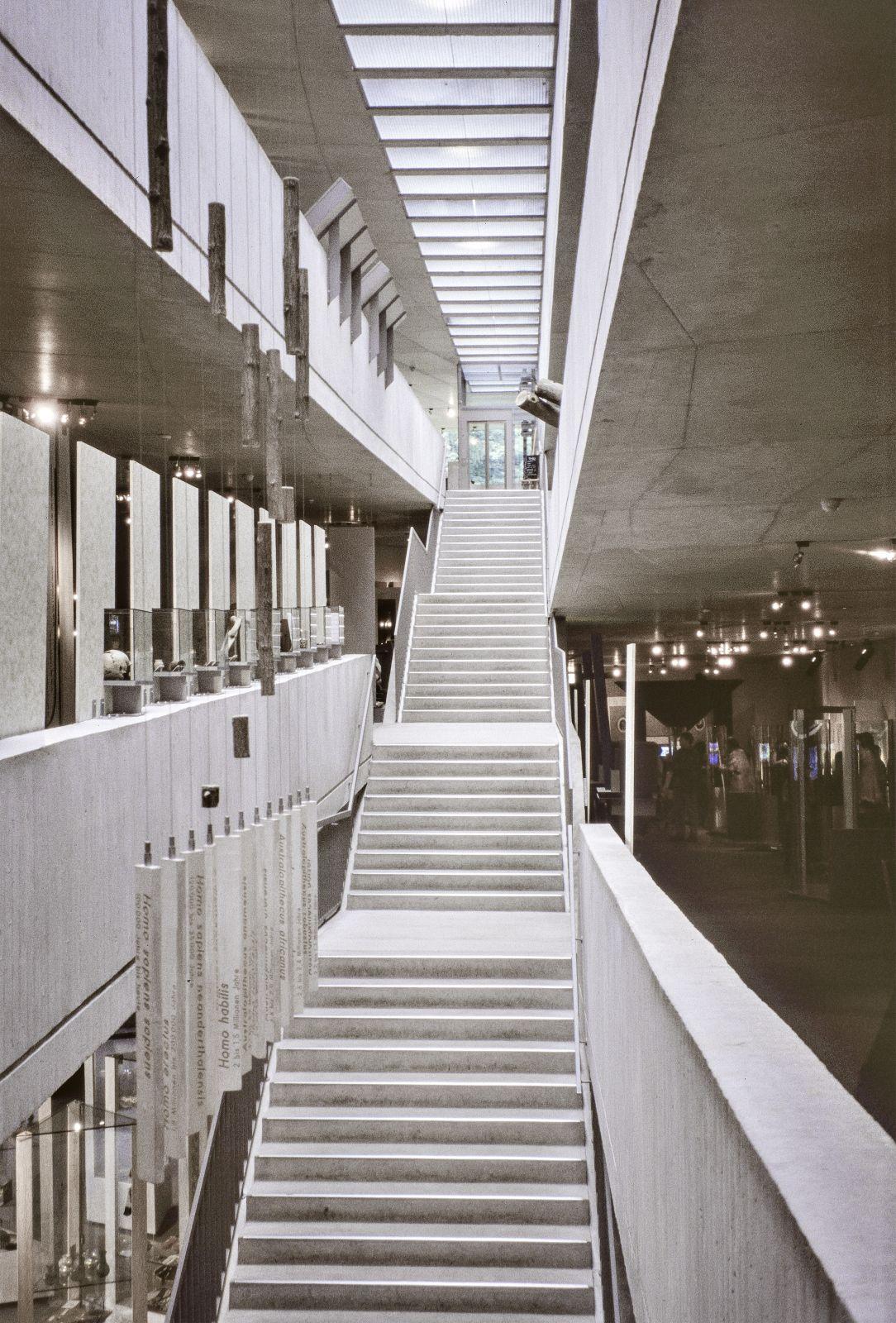 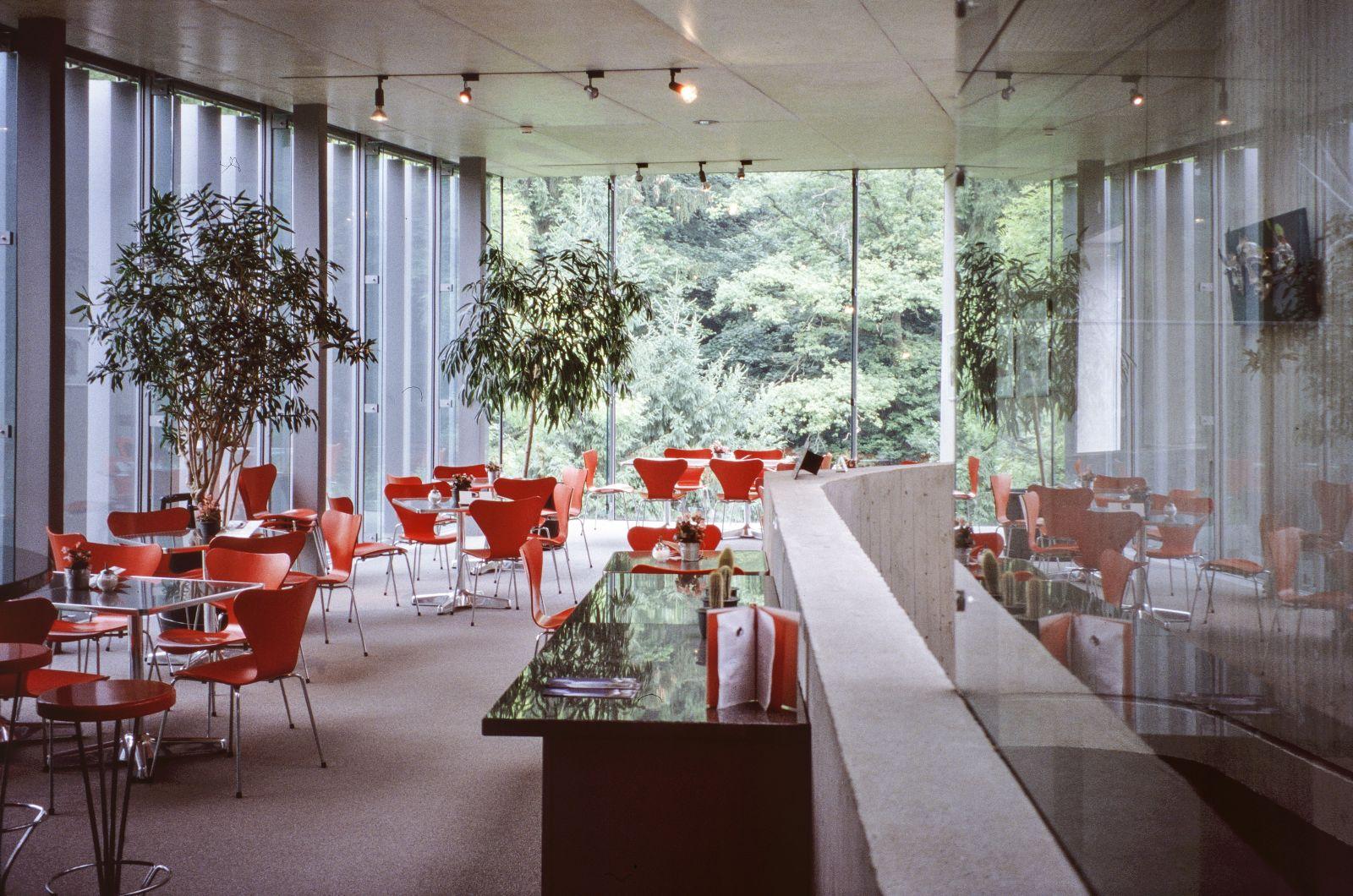 bar at the end of the ramp

Renovation and redevelopment of a school admin building 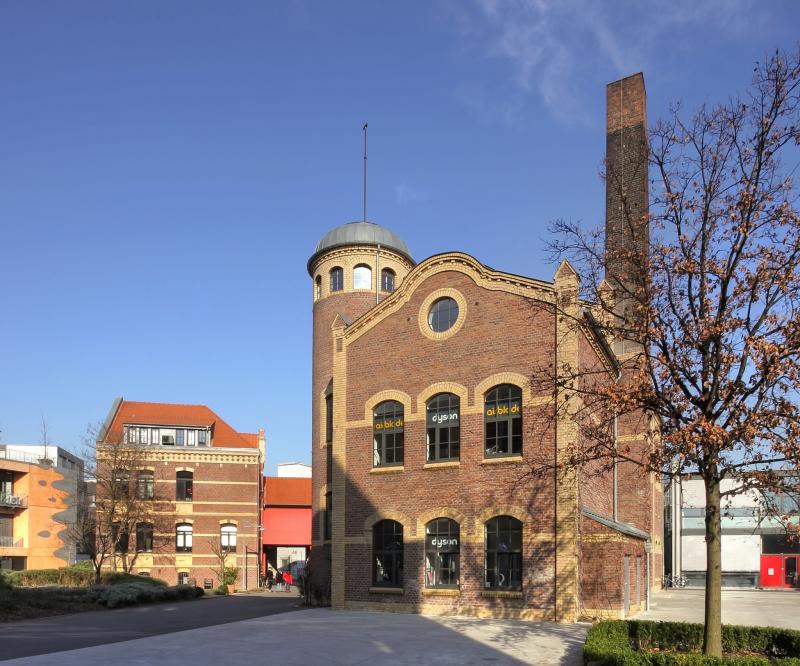 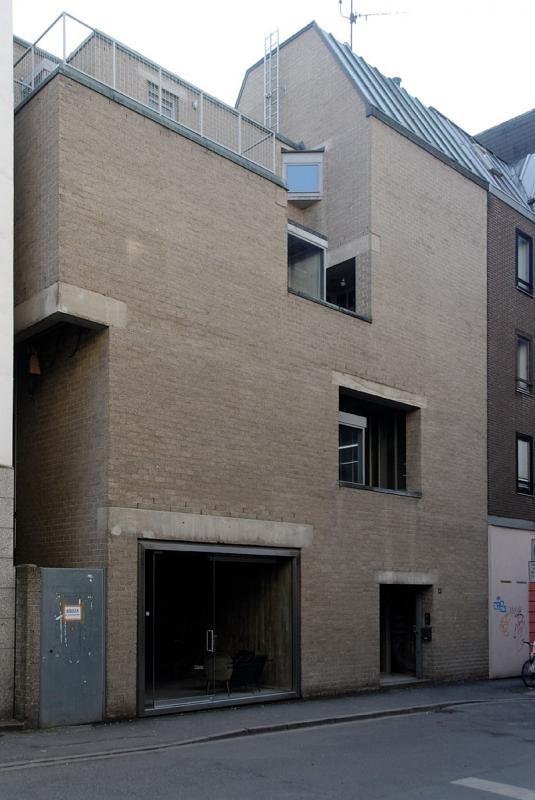 The new Neanderthalmuseum, finished in 1996, accommodates an exhibition on man’s pre- and early history very near where the Neanderthal was found.
The building on an oval base area consists of a wave-like, closed concrete corpus whose skin is coated by a curtain facade made of Japan glass. The shimmering and opaque appearance of the skin contrasts with the windowless exposed concrete inside the building.
The entire ensemble is characterised by a reserved colouration.
A helical ramp rising from the ground forms the structure’s main element and connects the four exhibition levels. The ramp opens out into the only window front at the end of the helix, which is, at the same, time, also a metaphor for the evolution into infinity.
The only natural source of light beside the glass front at the end of the helix is a central, longitudinal continuous band in the roof area.
The museum’s admin wing was accommodated in a separate, lateral building.
The museum is operated by the foundation “Stiftung Neanderthal Museum” founded in 1992.