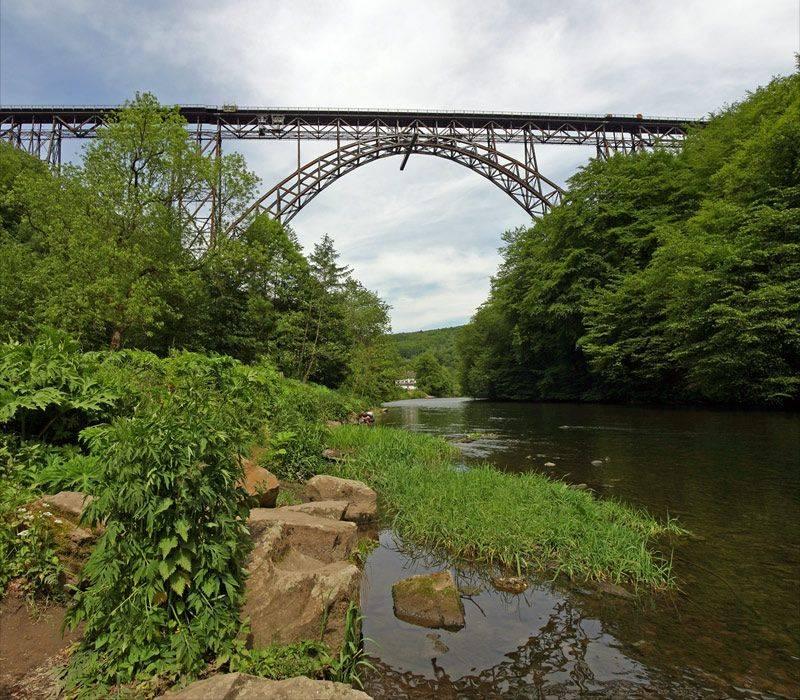 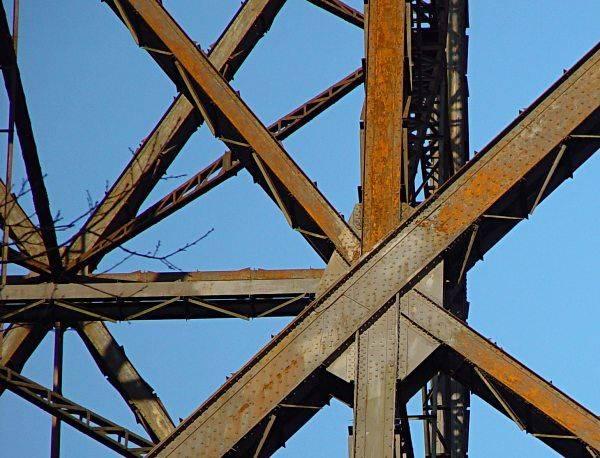 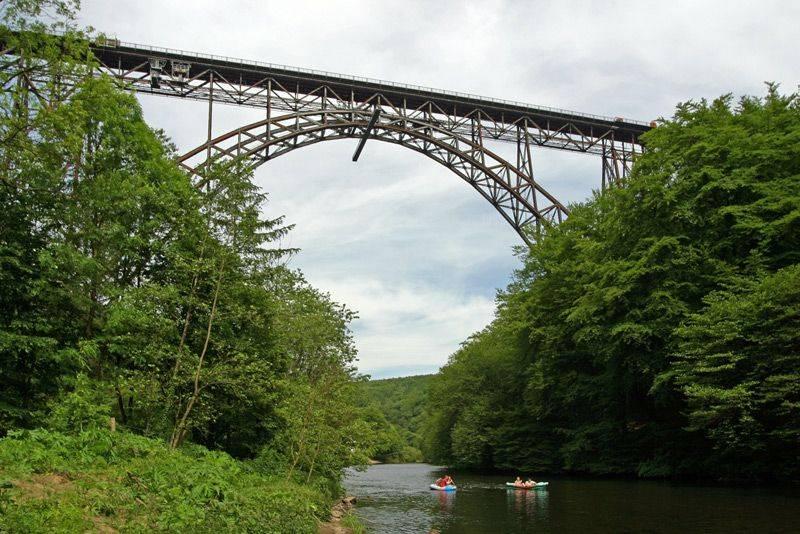 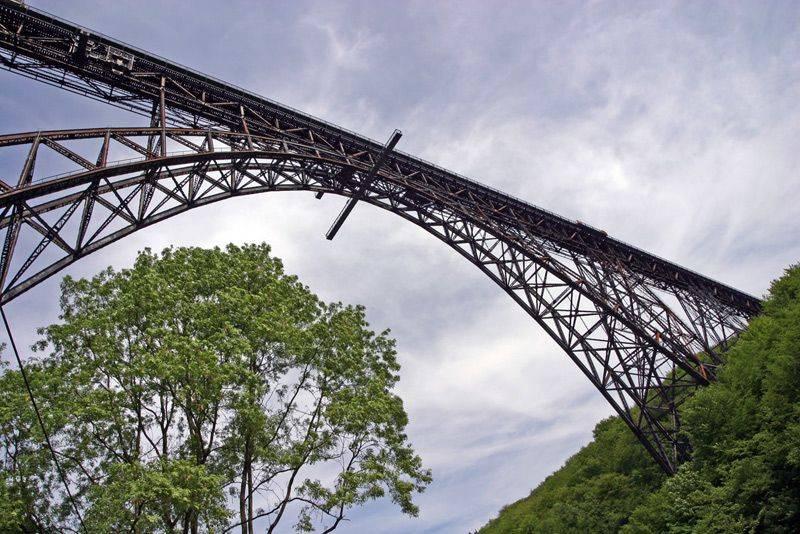 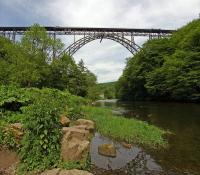 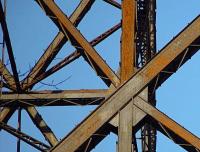 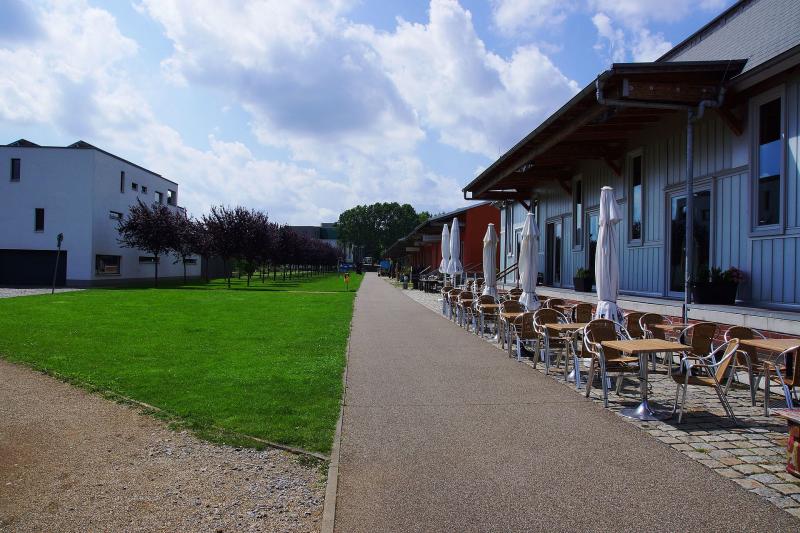 The 107m high and 465m long Müngsten railway bridge was built in the 1890s by the MAN company under the direction of Anton von Rieppel.
The arched beam steel bridge with an arch span of 170m was finished in 1897, when it was still called ‘Kaiser-Wilhelm-Brücke’ [Emperor William Bridge]. As a ridge crossing the Wupper valley it completed the railway link between Solingen and Remscheid and later got its now very commonly used name through the nearby town of Müngsten near Solingen.
Pioneering in technical terms was the assembly of the arch in free pre-construction, that is, without a centre (an auxiliary structure). The pre-assembly of the halves of the arch on the ground and their later joining in situ reduced both the time and the money expended. Almost 5,000 tonnes of material were used, including about 950,000 rivets.
Müngsten Bridge is a unique piece of engineering and it impresses by its huge size which, at the same time, does never distract from its filigree construction. It is still usd as a railway bridge.

Within the framework of the ‘Regionale 2006’, with the “Brückenpark Müngsten“ [bridge park Müngsten] a place has developed in which the wonderful countryside is fully consonant with a fascinating technical masterpiece.