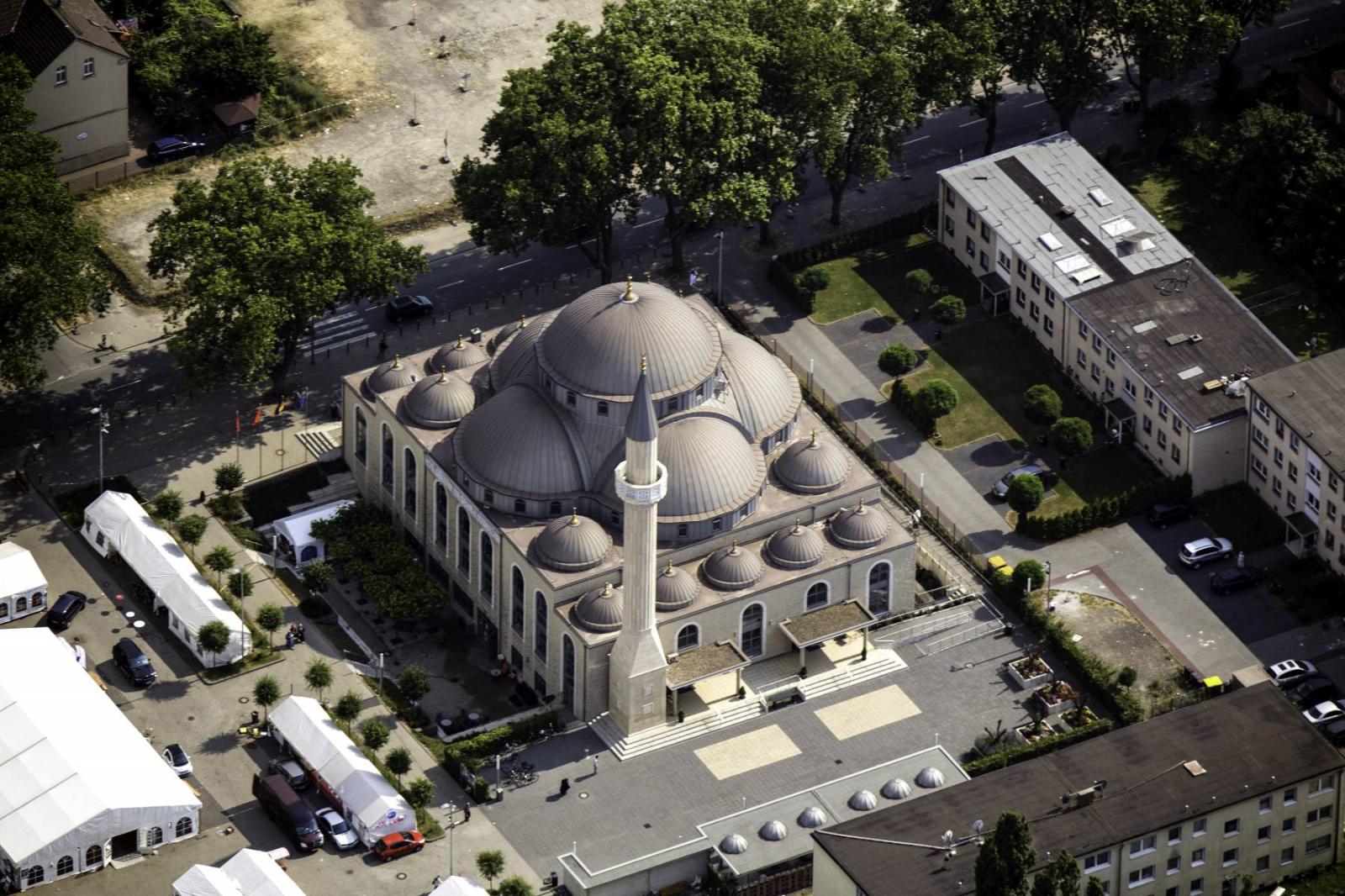 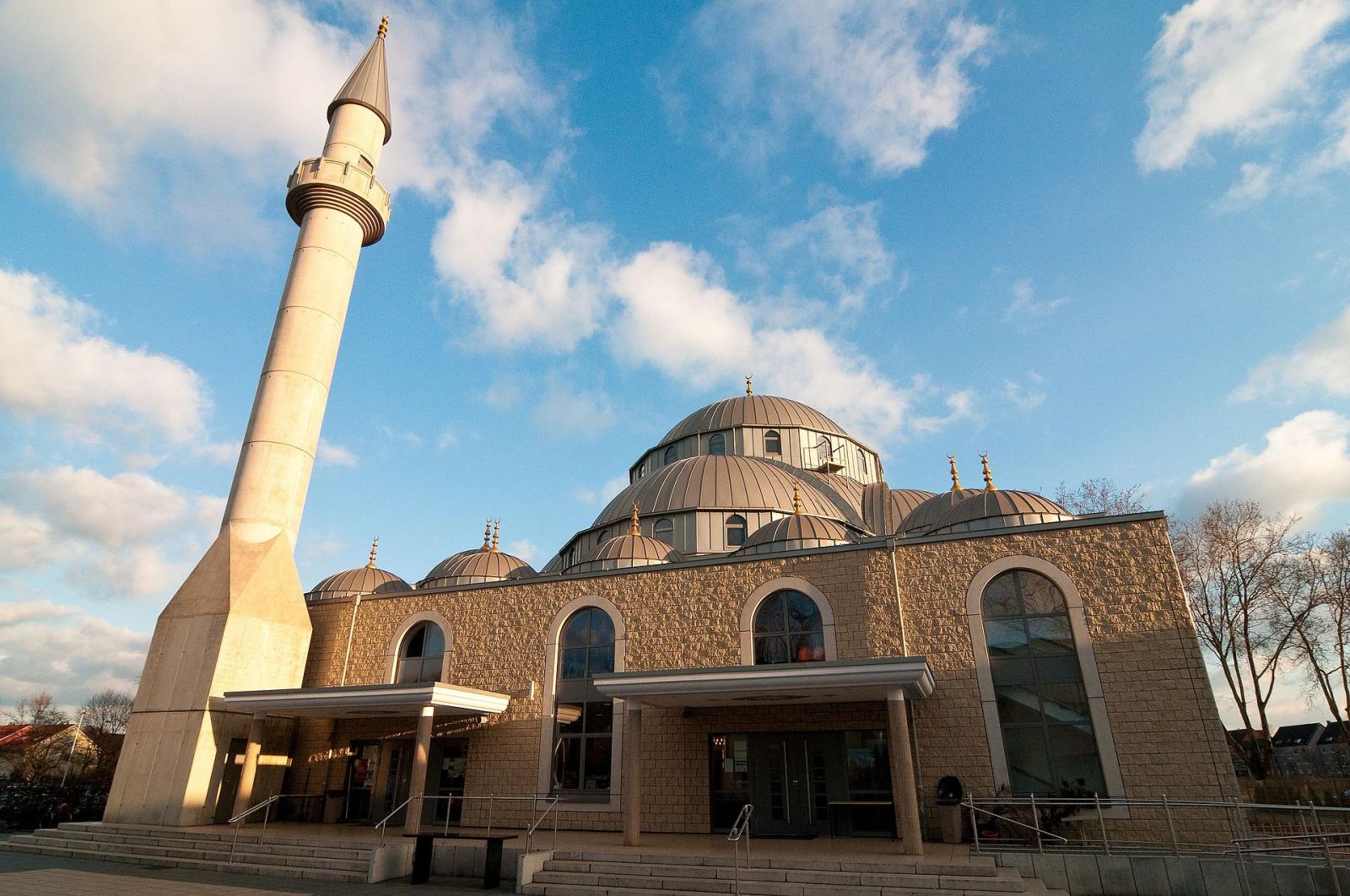 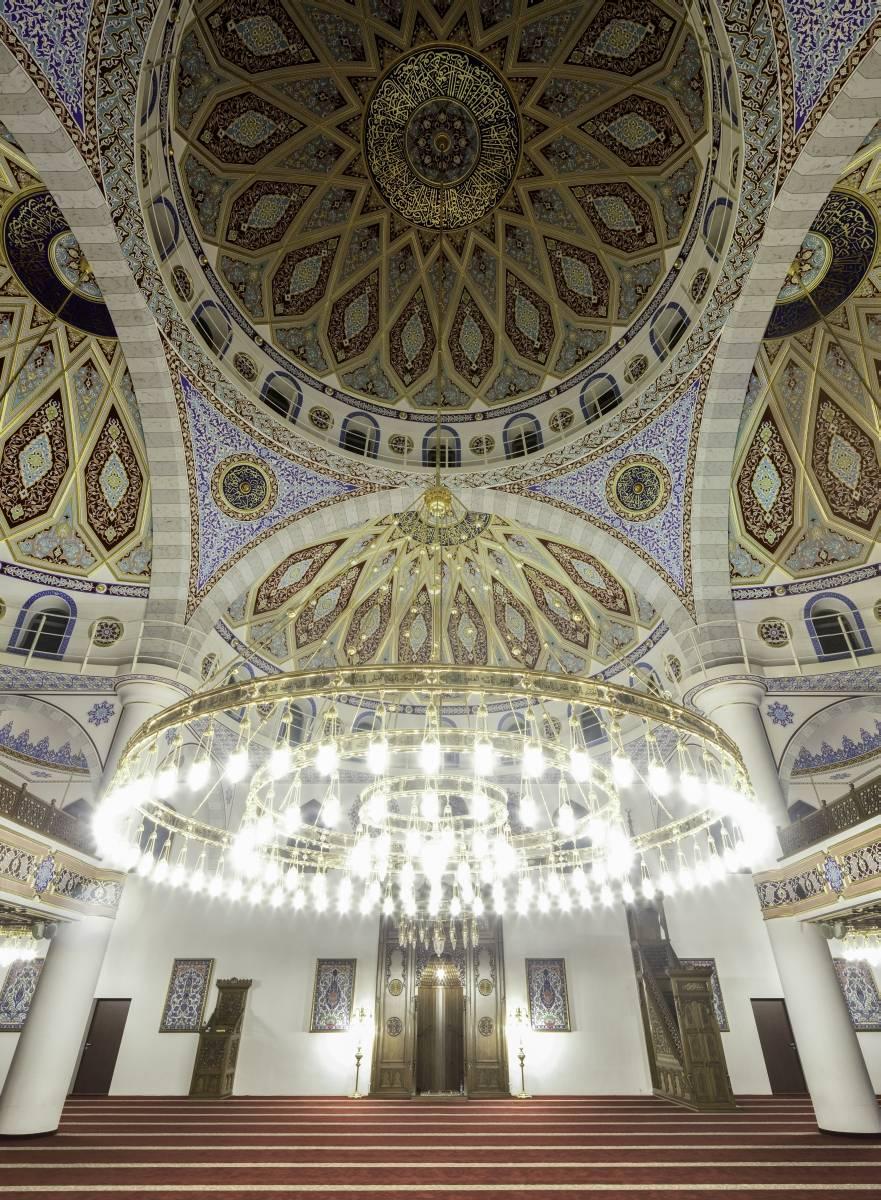 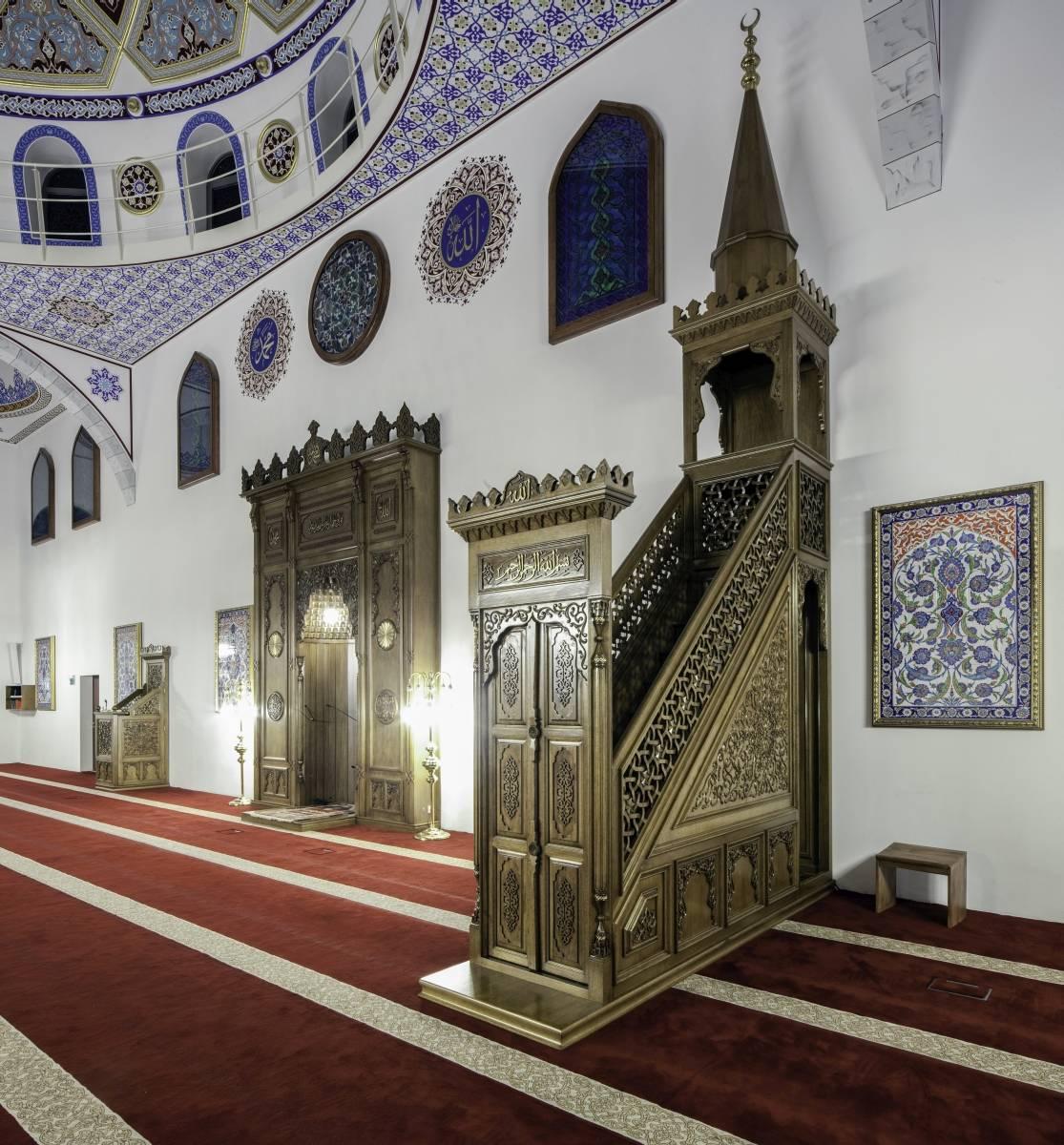 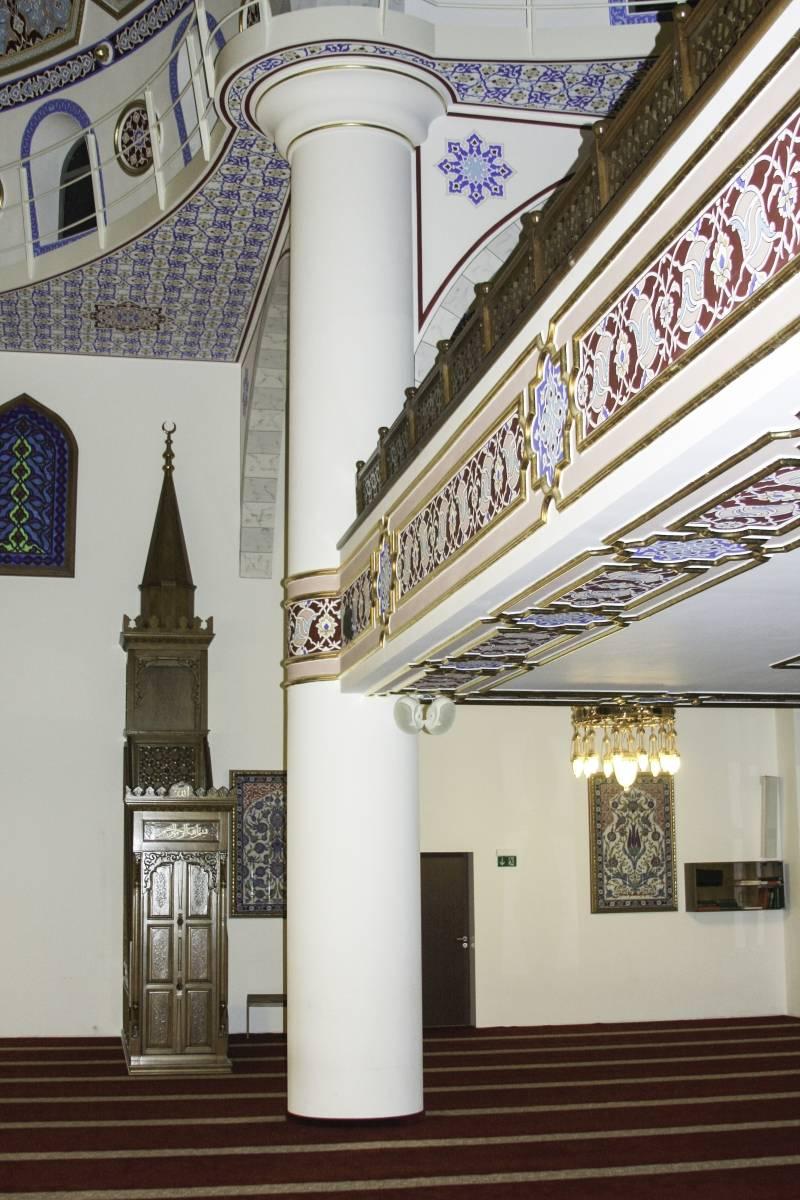 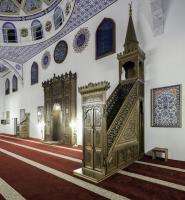 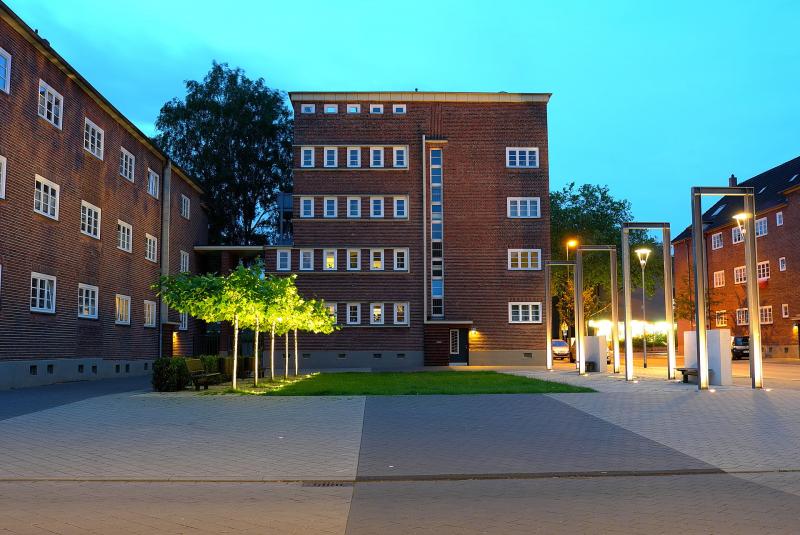 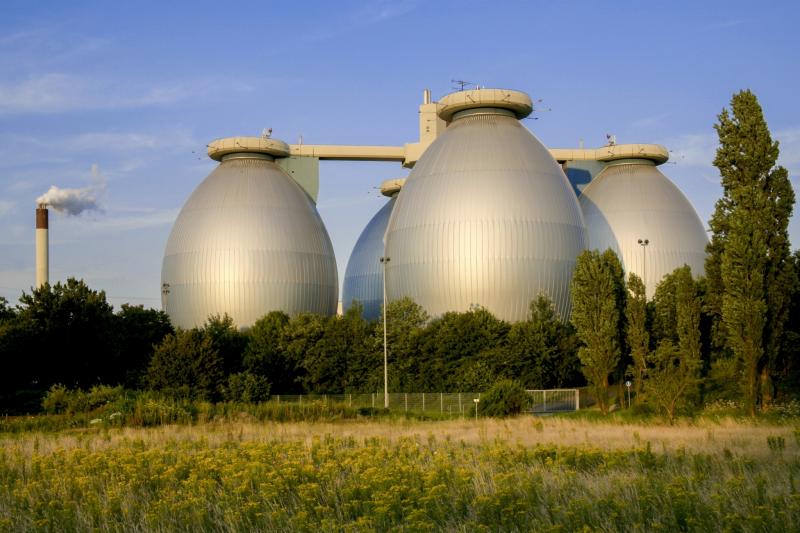 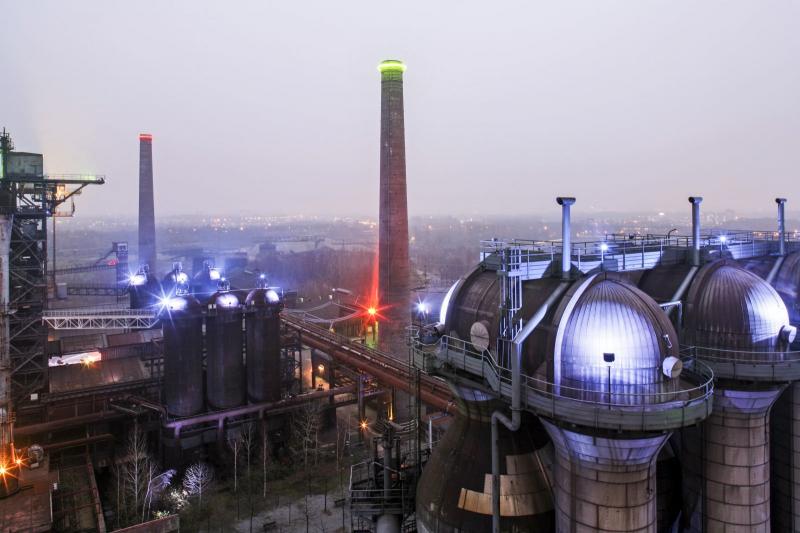 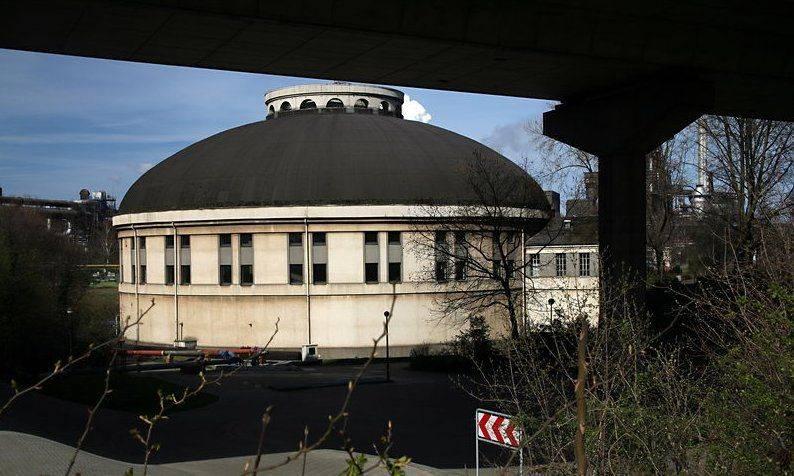 The design by Cavit Sahins for the mosque in Duisburg Marxloh resembles the Hagia Sophia plus a minaret. Above a rectangle of 40 x 28m rises a central, 23m tall, coppered dome framed by four semi-domes and ten smaller domes.
The community was founded as early as 1984 by workers of the Marxloh pit and with the new building as an intercultural centre is to be expanded, following the slogan “dialogue under the dome”. It will focus upon further education for women.
The 600 m² prayer hall is surrounded by seminar rooms, an archive, and a restaurant with a terrace. The structure is characterised by an interplay of objectivity and traditional Ottoman ornamentation. The facade consists of bright concrete blocks and colourful murals with blue ceramic tiles. Inside, the dome candelabrum of eight metres in diameter is the main feature.