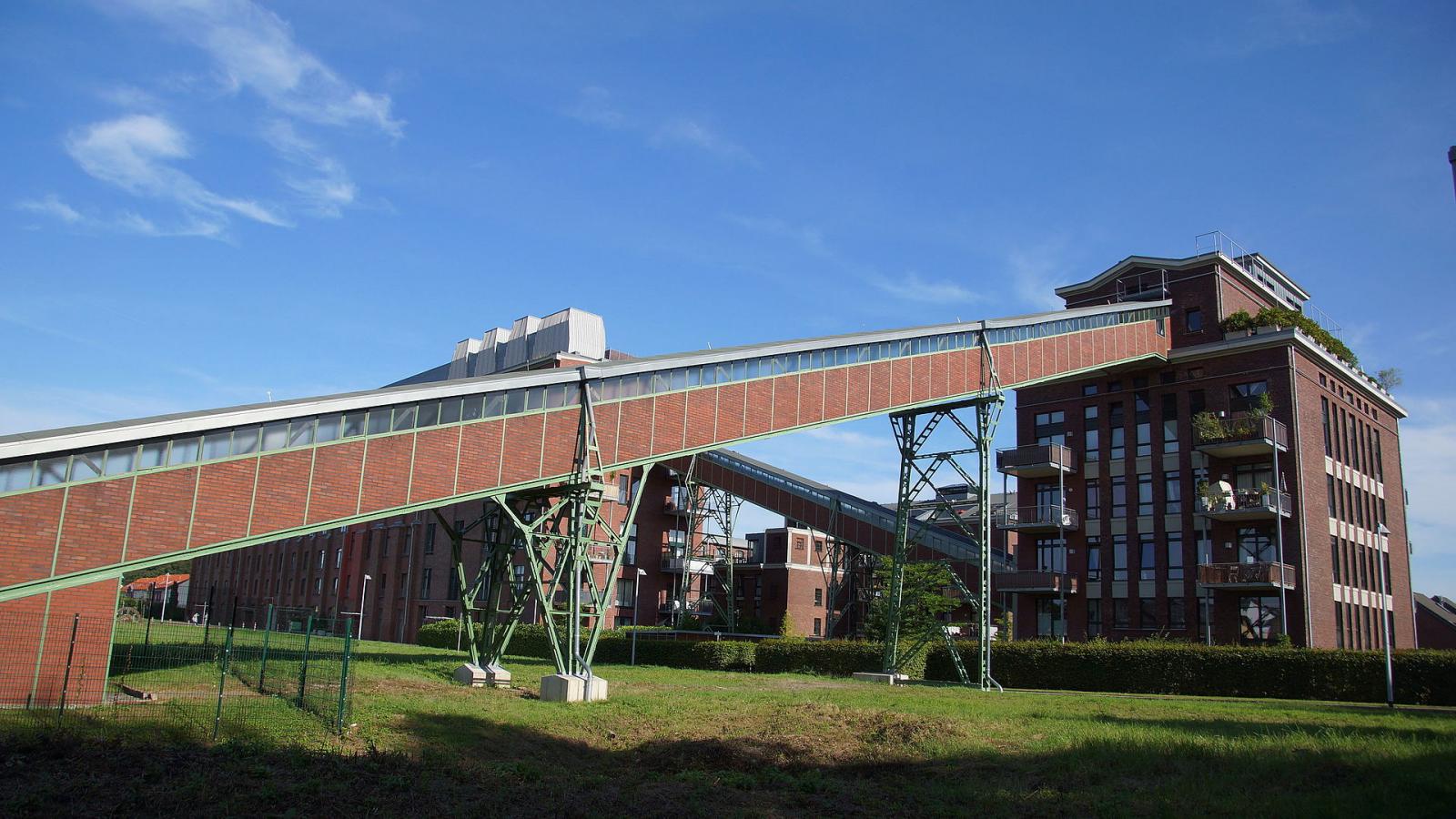 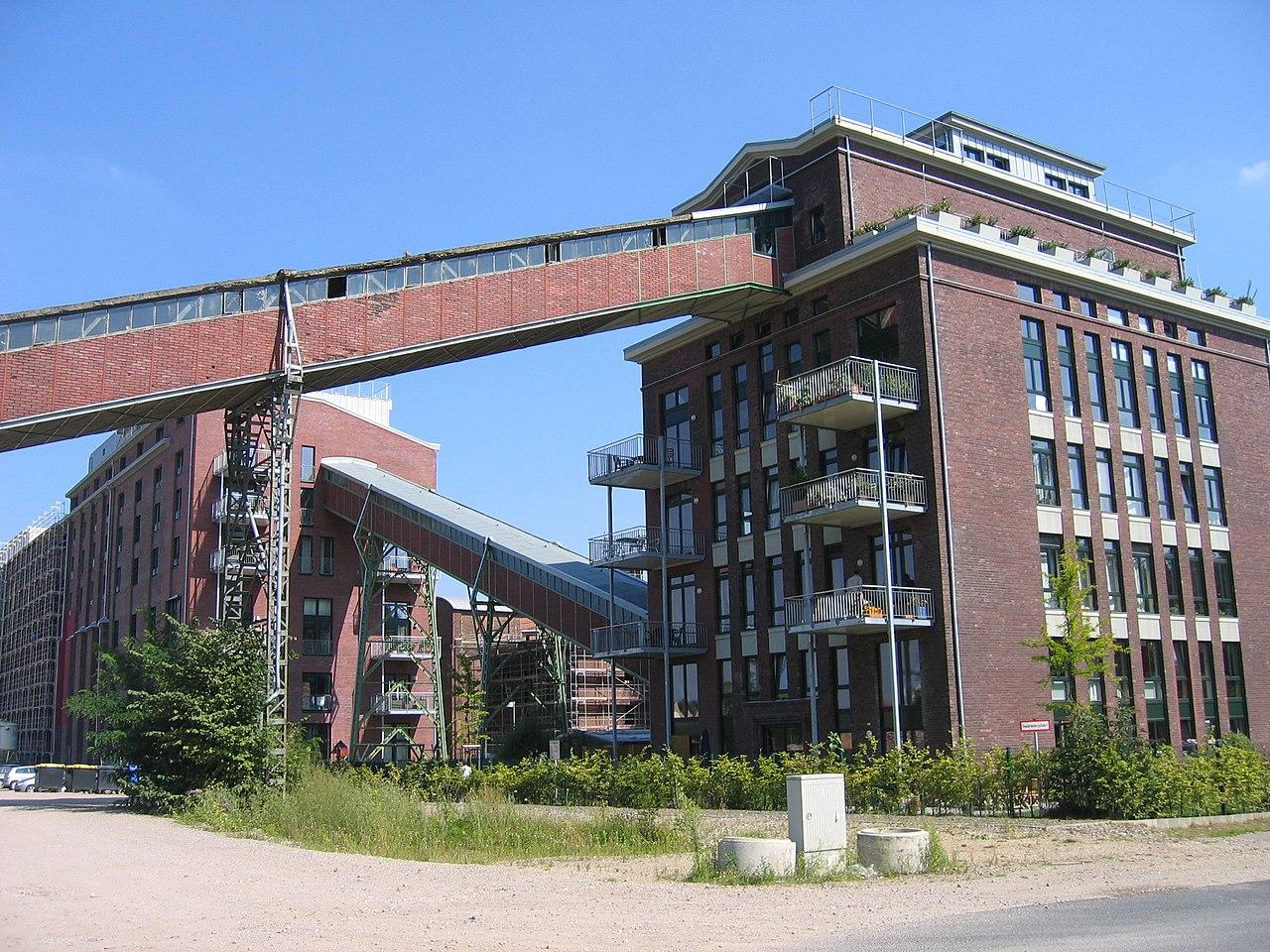 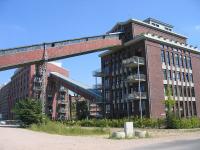 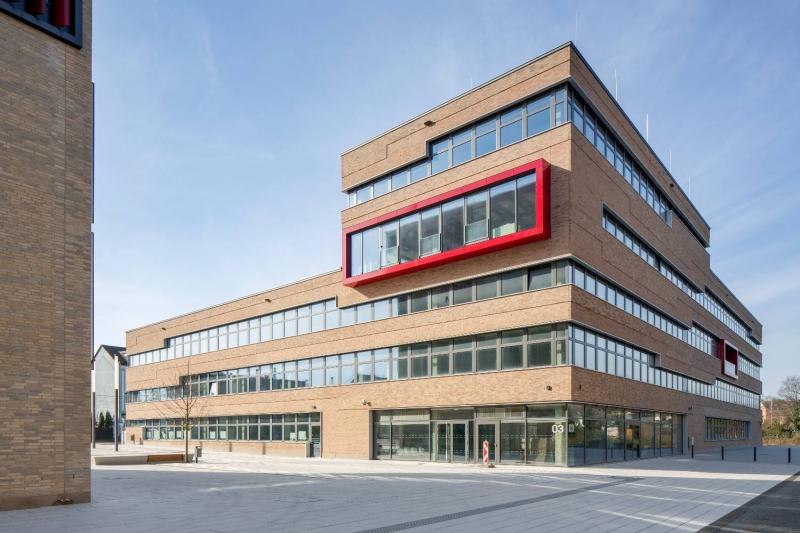 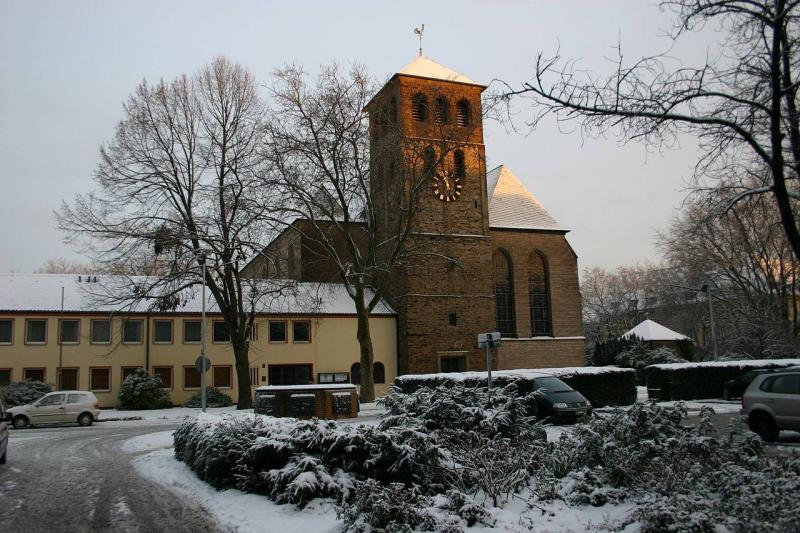 Grube Carl is a former briquette factory built in Frechen at the beginning of the 20th century. Today, the drying kiln and briquetting shed of the plant shut down in 1995 is listed. The building is part of a former industrial plant and was converted into 71 flats and seven commercial units. The longitudinal building is segmented into five houses. The dwelling units are accessed through five staircases.
The flats are, in part, three-floor units. The former roofscape was restored. The striking element are the cold store cowlings, fanlights and access to the lavish roof terraces on the seventh floor at the same time. As a monument to the former use as a briquette factory, there are plans for a “memorial lane” leading through the drying kiln and briquetting shed. It connects the northern part of the former plant with its southern part at an urbanistically correct location. Along this axis, old machinery and plants will be preserved to make industrial culture an ongoing experience.